Temporal arteritis, also known as giant cell arteritis, is an inflammatory vasculopathy that affects medium and large-sized arteries, which are usually branches of the carotid artery. The diagnosis of this condition depends upon the biopsy of the temporal artery. This activity reviews the indications, contraindications, and technique involved in performing a temporal artery biopsy and highlights the role of the interprofessional team in the care of patients undergoing this procedure.

Temporal arteritis (giant cell arteritis) is an inflammatory vasculopathy that affects medium and large-sized arteries, which are usually branches of the carotid artery. While the superficial temporal branch is highly susceptible, other arteries may be affected as well. Temporal arteritis is a granulomatous panarteritis with mononuclear cell infiltrates and giant cell formation within the vessel wall. This histologic characteristic confirms the diagnosis of temporal arteritis in biopsy specimens of the temporal artery.[1][2][3][4]

The superficial temporal artery, which is one of the terminal branches of the external carotid artery, arises in the parotid gland and courses superiorly in front of the tragus, immediately giving off an anterior branch, the middle temporal artery. The anterior auricular branch is posterior and just at the superior root of the helix. It then divides into the frontal branch and the parietal branch, both of which have multiple secondary branches. The division into the frontal branch and the parietal branch is high in 73%, intermediate (just below the helix apex) in 20% and low (just above the tragus in 7%. This is important to note because the risk of injury to the temporal branch of the facial nerve is higher in patients with the low division because the safety zone is smaller.

The anterior temporal hairline lies lateral to the frontalis muscle, so dissecting superior or posterior to the anterior hairline during a temporal artery biopsy is not likely to produce injury to the temporal branch of the facial nerve. However, because there are no muscles of facial expression but rather only the thin superficial temporal fascia in the temple region, the temporal branch of the facial nerve is particularly susceptible to injury over the zygoma and within the temple region. One group of authors defines the temporal danger zone for the temporal branch of the facial nerve by outlining a region bounded by an inferior line from the earlobe to the lateral eyebrow and a superior line from the intertragic notch or earlobe to the lateral edge of the highest forehead crease. Additionally, one group defined the area 1.5 cm posterior to the lateral orbital rim and 1cm anterior to the attachment of the helix along with the level of the zygoma as safe zones to avoid nerve injury.[5][6][7][8] It is wise to learn to mark the safe zone as we have shown in the video, based upon cadaver studies by Shin et al. [9]

Patients with temporal arteritis (giant cell arteritis) may present with visual disturbances, including temporary or permanent blindness, which necessitates an efficient diagnosis. While a number of clinical changes such as head or neck pain, jaw claudication, polymyalgia, temple tenderness on palpation, and lab alterations such as elevated C-reactive proteins or erythrocyte sedimentation rate may suggest the diagnosis, unfortunately, no one cluster of these signs or symptoms demonstrates a sensitivity or specificity which approaches temporal artery biopsy (TAB). Given its greater than 90% positive predictive value, TAB is the gold standard test for diagnosing temporal arteritis and should be performed in anyone in which temporal arteritis is suspected. It is important to note that treatment with systemic corticosteroids should not be delayed until after TAB as up to 10 days of such therapy does not significantly affect sensitivity, and early steroid therapy reduces morbidity.

There should be a high suspicion for temporal arteritis with the presence of the following in an individual greater than 50 years of age and elevated laboratory inflammatory markers:

A clinical provider trained and proficient with the procedure. Specialty nursing staff for assistance and post-procedure monitoring.

Appropriate biopsy site selection may be helpful in confirming the diagnosis of temporal arteritis. The presence of local symptoms of temporal arteritis such as visual disturbances, headache, or a painful vessel assists the provider in selecting laterality (left or right) to perform the temporal artery biopsy. However, a physical examination poorly correlates with biopsy results. After choosing a side, the portable doppler ultrasound is employed to localize a peripheral segment of the frontal branch of the temporal artery, which lies in the anatomic safe zone. This is often just posterior to the length of the anterior hairline allowing the scar to be camouflaged. After placing the patient in a reclined position, the clinical provider marks the artery with a surgical pen through the transducer gel for at least 5 cm as an incision of 3 cm to 4 cm will be required to obtain a temporal artery specimen of adequate length. Due to the possibility of segmental disease, the proceduralist must obtain a 3 cm to 5 cm of the artery for pathologic examination. (Video 2)

After the hair has been clipped, the skin is scrubbed, draped, and anesthetized with 5 cc to 10 cc of 0.5% lidocaine with 1:200,000 epinephrine, 1 cm lateral to the artery on either side. An incision through the dermis is made directly over the artery with a No. 15 scalpel blade such that the thin subcutaneous adipose tissue is barely visible. Using blunt-tipped dissecting scissors along with skin hooks to separate the edges of the incision, dissection through the adipose to uncover the superficial temporal fascia is undertaken. The fascia is then grasped with forceps a few millimeters lateral to the artery, so it may be cut with the scissor tips before being enlarged to expose the artery. If it is difficult to visualize an obscure vessel, the use of palpation may be helpful. The artery should be handled extremely gently during dissection of at least 3 cm of its length to provide sufficient tissue without histologic artifact to aide in the pathologic interpretation. Using indirect electrocoagulation via forceps or suture to tie off any small branches before cutting them with scissors, the provider may proceed with the temporal artery biopsy in a relatively bloodless field. A figure-eight pattern with 4.0 or 5.0 Polyglactin 910 suture is then employed to tie off the main proximal and distal portions of the temporal artery before transecting the vessel, placing it in formalin, and applying electrocoagulation to the remaining vessel ends. The skin edges are then closed with 5.0 Polyglactin 910 subcutaneous vertical mattress sutures and either a topical cyanoacrylate skin adhesive or 6.0 chromic gut superficial cutaneous sutures.

Challenges facing the practitioner interpreting TAB result include the possibility of false-negative results, which may occur in 5% to 10% of the cases. Therefore, it is crucial that the proceduralist performs the TAB employing adequate biopsy site selection, tissue handling, and adequate specimen length to maximize diagnostic yield. Despite adequate technique, false-negative results are common. Bilateral temporal artery biopsy can increase the yield and decrease the false-negative rates.

The most feared complication is temporary or permanent nerve damage to the temporal branch of the facial nerve. Techniques to reduce the risk of injury include localization of the artery using Doppler ultrasonography, incisions directly superficial to the artery to protect the potentially deeper running nerve, and blunt dissection only within or above the superficial temporal fascia. A study found that 1.25% of pathology specimens contained the temporal facial nerve in it. [12] A study in 2012 found 4% of patients undergoing superficial temporal artery biopsy had frontalis dysfunction with no improvement at 6 months. [13]

Other than common surgical complications such as bleeding, infection, hematoma, and wound dehiscence, possible, albeit rare, complications include ischemic stroke and scalp or tongue necrosis, which have been reported. Some authors recommend palpating and firmly holding a bounding temporal artery pulse for several minutes before proceeding with TAB or locating a major arterial branch other than that being biopsied via Doppler ultrasound to ensure sufficient collateral vascular supply to obviate the risk of ensuing stroke.

The gold standard for diagnosing temporal arteritis is a temporal artery biopsy. A negative result does not definitively rule out the diagnosis. Currently, a biopsy is considered confirmatory for the clinical diagnosis if the diagnostic criteria are met.

While the proceduralist performs the actual procedure, it is important for the clinical providers to communicate the clinical necessity, indications and potential complications for each individual case. Of most importance would be to communicate if/when the patient was started on corticosteroid therapy as this might change if the procedure is indicated as all. The clinical pathologist should communicate the results to the primary as well as the surgical team to ensure proper treatment is provided to the patient. It is important to remind the patient that this is a diagnostic procedure as we have found that patients sometimes think that the procedure will improve or cure their underlying condition. The patient must be informed not to stop any oral corticosteroids that may have been started until the results are returned to the primary physician. 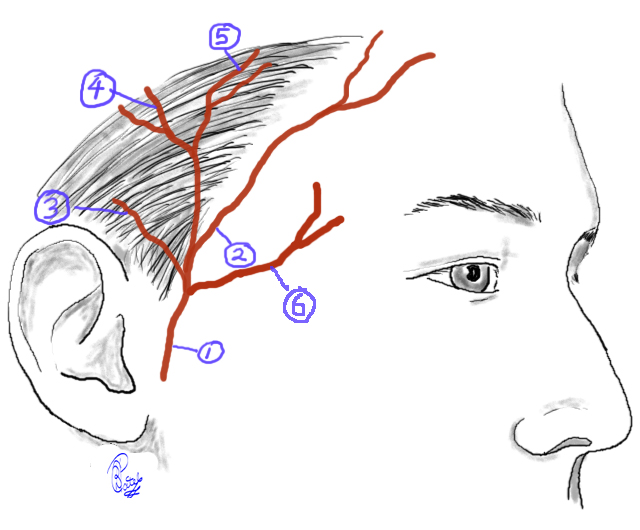 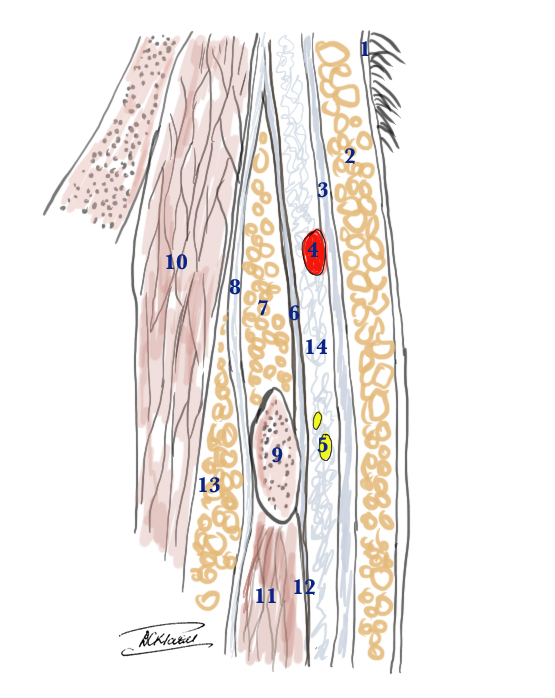