The mylohyoid is one of the muscles essential in performing the functions of swallowing and speaking. It is a flat and triangular muscle that originates from the mandible near the molars hence the prefix “mylo” (Greek for molars) and inserts on the hyoid bone. The mylohyoid mainly functions to elevate the hyoid bone, elevate the oral cavity, and depress the mandible. The source of motor innervation is via the mylohyoid nerve, which is a division of the inferior alveolar nerve, a branch of the mandibular division of the trigeminal nerve. The blood supply is from the mylohyoid artery, a branch of the inferior alveolar artery which originates from the internal maxillary artery. The mylohyoid muscle forms a contractile hammock to support the oral cavity base.

The mylohyoid muscle may have an absent median raphe. Therefore, the muscle would be continuous rather than composed of two segments. In some cases, the mylohyoid muscle may be replaced by the anterior belly of the digastric muscle or in unison with this muscle as they both originate from the first pharyngeal arch during development.[9]

In the case of the surgical excision of the submandibular gland, the branch of the mylohyoid that provides sensory innervation to the area beneath the chin may be at risk for an injury which may cause an alteration in sensation to this area.

A ranula is a mucous cyst seen within the base of the mouth. The etiology of a ranula is often due to acquired traumatic incompetence in the structure of a surrounding salivary gland duct located within the submandibular or sublingual spaces leading to the accumulation of mucus or saliva from gland rupture secondary to hypertension. This mucus is often composed of a higher concentration of proteolytic enzymes such as matrix metalloproteins and type IV collagenase than normal saliva contributing to the locally invasive nature of a ranula.

A simple ranula is located only within the sublingual space. However, herniation of the mucous via the mylohyoid muscle boutonniere (normal discontinuity within the mylohyoid muscle that allows for communication between the sublingual and submandibular spaces) generates a specific type of ranula called a plunging ranula that involves the submandibular space. A plunging ranula often presents as a painless swelling of the lateral neck that occurs during the third decade of life, unlike a ranula which is often a bluish mass at the base of the oral cavity. Complications of a plunging ranula include disruption in the patient’s ability to speak or chew, which can eventually progress to dyspnea secondary to obstruction when the cyst involves the parapharyngeal space. Diagnostic confirmation is by the supporting clinical findings along with imaging to evaluate the underlying lesion involvement. MRI of the mass would reveal low signal with T1 and high signal with T2. While ultrasound would reveal a thin-walled hypoechoic cystic lesion that may have increased attenuation if an infection is present. Treatment includes surgical excision of the cyst and associated sublingual gland and rare cases requiring submandibular gland removal or Picibanil directed sclerotherapy with a high rate of recurrence.[10][11]

Ludwig’s angina is necrotizing cellulitis of the base of the oral cavity that may progress quickly and involve the submaxillary and submandibular spaces. Often seen secondary to periodontal abscesses.

Patient present with submandibular and sublingual swelling that is exquisitely tender along with associated fevers and chills. Complications include subsequent deep neck infections, thrombophlebitis of the internal jugular vein, subphrenic abscess, carotid artery rupture, or mandibular osteomyelitis. In the worst-case scenario, this infectious entity progressively worsening tongue swelling can cause airway obstruction, which can lead to death by asphyxia.[13] 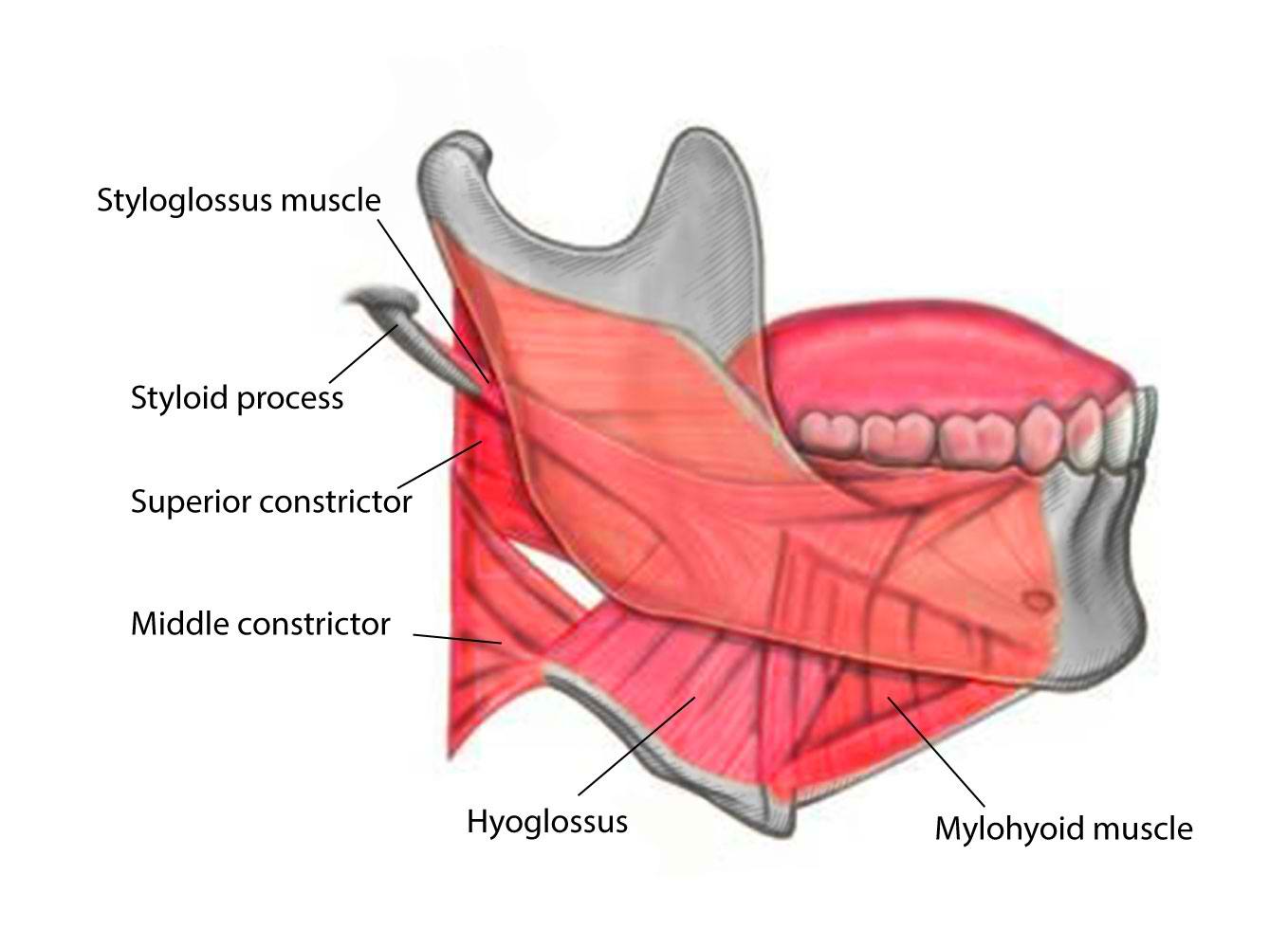 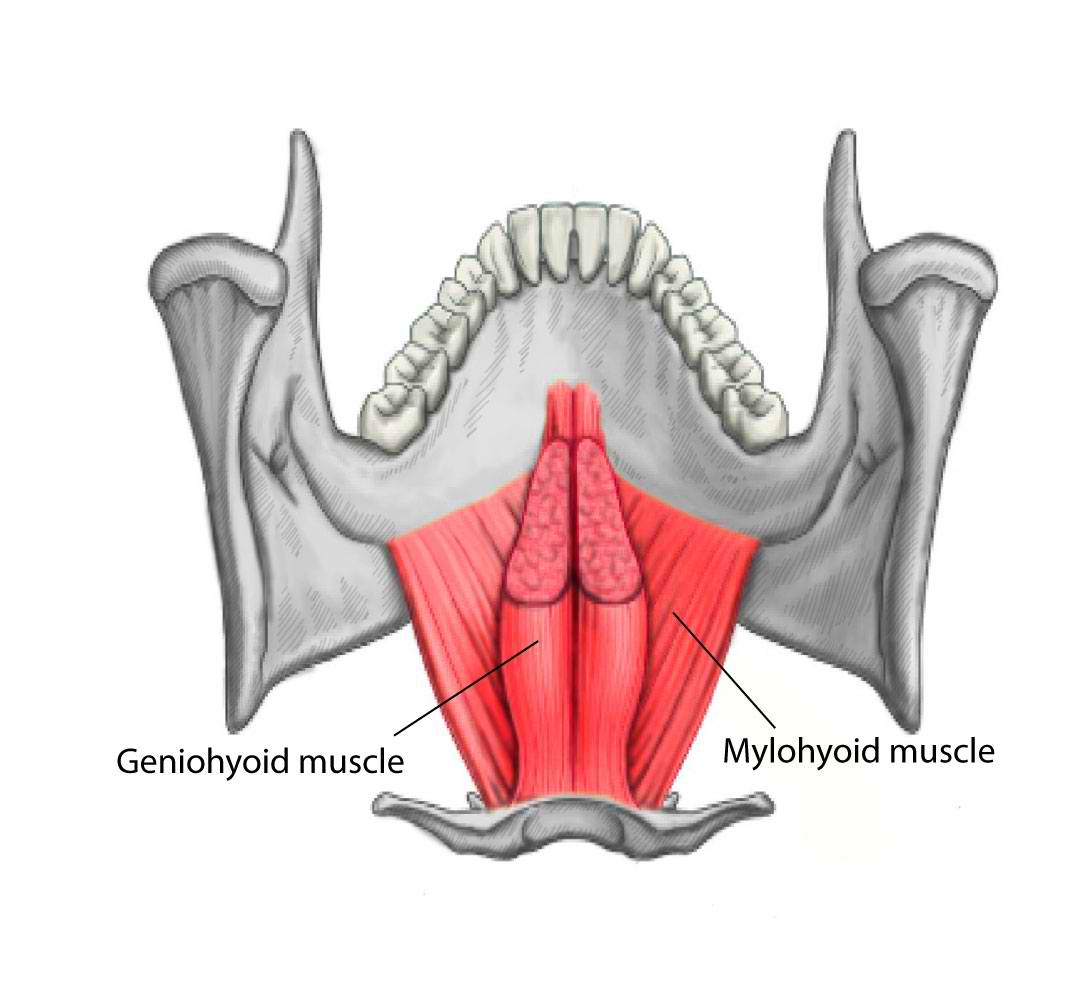