In the posterior abdominal wall, other important vessels that are not arteries include:

Surgeons, radiologists, and other health professionals need to be familiar with these vessels as multiple pathologic conditions may develop, resulting in untoward consequences from vessel injury.

The branches of the abdominal aorta are as follows, along with their function:

The abdominal aorta bifurcates at L4 to become the right and left common iliac arteries, which eventually become the internal (hypogastric artery) and external iliac arteries that supply the pelvis and lower extremities, respectively.

The lumbar arteries are typically four paired vessels. However, a fifth pair may exist as branches of the median sacral artery.

Pringle maneuver, or the clamping the hepatoduodenal ligament, which contains the hepatic artery proper, the portal vein, and the common bile duct, can help determine the source of intraabdominal bleeding either in a trauma emergency setting or a more controlled elective hepatic surgical procedure. If intraabdominal bleeding continues after clamping the hepatoduodenal ligament in a trauma setting, it is necessary to interrogate the inferior vena cava and hepatic vein as potential sources of bleeding. The Pringle maneuver can also be used during elective surgeries to control blood loss when the liver is a target of surgical intervention.

Major risk factors for developing AAA include cigarette smoking and hypertension. Additionally, individuals with Marfans or Ehlers-Danlos are at risk of developing AAAs. Men are at greater risk. The majority of AAAs develop below the renal artery branches of the abdominal aorta. Routine screening using abdominal ultrasound for AAAs (in the United States) is done for men over the age of 65 years old who have a history of smoking or who are current smokers. If the abdominal aorta has a diameter greater than 3 cm, this is considered AAA. However, surgical intervention is reserved for AAAs that grow to greater than 5.5 centimeters or if the AAA grows greater than 1 centimeter within one year while doing ultrasound surveillance of a known AAA. Surgical intervention can be open repair or with the use of endovascular repair.[2][3][4]

If there is an aneurysm of the splenic artery, there is potential for upper GI bleeding as the short gastric artery will have a build-up of backpressure.[7]

Although rare, using Bacillus Calmette-Guerin (BCG) intravesical therapy for bladder cancer has disseminated and led to mycotic aneurysms of posterior wall vessels, including the common iliac arteries and abdominal aorta. 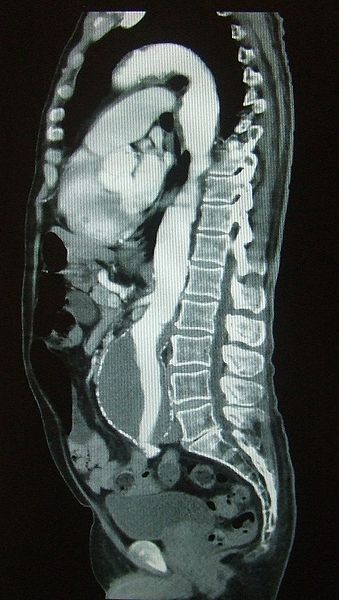 This is an example of bolus tracking in the use of imaging an abdominal aortic aneurysm, AAA, radiopaque, CT Scan, Computer Tomography Scan
Contributed by Wikimedia Commons (Public Domain) 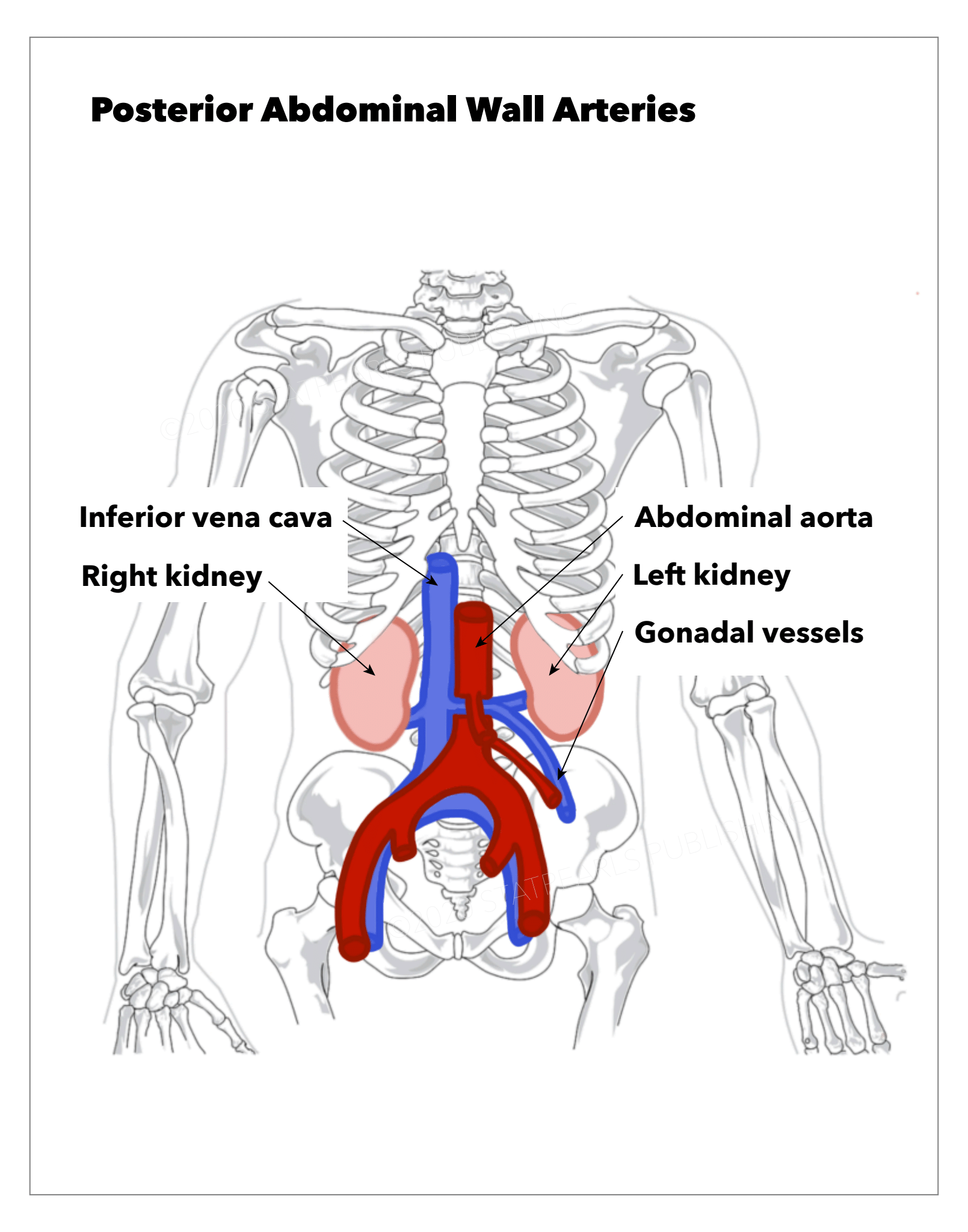