The tensor fasciae latae (TFL) is a muscle of the proximal anterolateral thigh that lies between the superficial and deep fibers of the iliotibial (IT) band. There is high variability in muscle belly length, although, in most patients, the TFL muscle belly ends before the greater trochanter of the femur. The TFL works in conjunction with the gluteus maximus, gluteus medius, and gluteus minimus in a wide variety of hip movements, including flexion, abduction, and internal rotation. It acts via the iliotibial (IT) band's attachment to the tibia to assist with knee flexion and lateral rotation. The TFL is most important clinically for assisting in pelvis stability while standing and walking.[1][2][3]

The TFL originates from the anterior superior iliac spine (ASIS) and anterior aspect of the iliac crest. It descends between and is attached to the deep fascia and the superficial fascia of the IT band. The TFL descends on the anterolateral aspect over the thigh, running superficially to the greater trochanter of the femur. It inserts distally to the IT track/band, which is comprised of the fascial aponeurosis of the gluteus maximus and the tensor fascia latae. The IT band then runs along the lateral aspect of the thigh, where it attaches to the lateral condyle of the tibia, specifically the Gerdy tubercle.

The TFL acts on the tibia via the IT band's attachment to the Gerdy tubercle of the lateral tibia. The TFL is an accessory knee flexor, though its action is only seen once the knee is flexed beyond 30 degrees. Furthermore, it works with the IT band to stabilize the knee when it is in full extension. It also acts via the IT band in the lateral rotation of the tibia. This lateral rotation may be performed while the hip is in the abduction and medial rotation, as is seen when kicking a soccer ball.

Clinically, the main function of the TFL is to assist in walking. The TFL does this by pulling the ilium inferiorly on the weight-bearing side, causing the contralateral hip to rise. The rise in the non-weight-bearing hip allows the leg to swing through without hitting the ground during the swing phase of the gait.[4]

The TFL is a skeletal muscle. The paraxial mesoderm, which creates somitomeres in the head and composes somites from the occipital to the sacral areas, leads to the formation of skeletal muscles.[5] During embryological differentiation, the myoblasts (precursor cells) fuse and compose long multinucleated muscle fibers. In the cytoplasm, myofibrils exhibit, and by the endpoint of the third month, cross-striations appear. Tendon, which eventually will connect the TFL to the Gerdy tubercle of the tibia, is yielded from sclerotome cells lying adjacent to myotomes at borders of somites (both anterior and posterior).

SCLERAXIS, a type of transcription factor, regulates the development of tendons. Lateral plate mesodermal fibroblast growth factors and bone morphogenetic protein 4 (BMP4), working in coordination with WNT proteins from adjacent ectoderm, signal the dermomyotome VLL cells to express the muscle-specific gene MyoD. BMP4 induces the production of WNT proteins via the dorsal neural tube. Meanwhile, the low osmolarity of sonic hedgehog (SHH) proteins, secreted by the floor plate of the neural tube and the notochord, reach the dermomyotome DML cells. These expressions lead to the endocellular induction of MYF5 and MyoD. Both MyoD and MYF5 are in the family of myogenic regulatory factors (MRFs), which are transcription factors that activate TFL and other muscular development pathways.[6]

The TFL is supplied by the deep branch of the superior gluteal artery.  The superior gluteal artery is the largest branch of the posterior division of the internal iliac artery.  It runs posteriorly between the lumbosacral trunk and the first sacral nerve root. It exits the pelvis via the greater sciatic foramen, where it divides into superficial and deep branches. The deep branch travels between the gluteus minimus and gluteus medius to supply those muscles and the TFL.

Though the TFL typically terminates before the greater trochanter, in approximately one-third of patients, the TFL can extend distally to the greater trochanter. This is of clinical significance as the TFL fibers must be split when performing a lateral approach to the proximal femur in those patients.

In orthopedics, there are four basic surgical approaches to the hip joint: the anterior, anterolateral, posterior, and medial. The TFL is used as a surgical landmark in both the anterior and anterolateral approaches. The anterior approach to the hip is performed using the internervous plane between Sartorius (femoral nerve) and the TFL (superior gluteal nerve). The anterolateral approach to the hip uses the intermuscular plane between TFL and gluteus medius. Since the gluteus medius and TFL are both innervated by the superior gluteal nerve, there is no true internervous plane with this approach. However, the superior gluteal nerve enters the TFL very close to its origin at the iliac crest. Therefore, as long as the surgical plane is not extended proximal to the TFL insertion, the nerve will remain out of the surgical field and safe.

In reconstructive surgery, the TFL can be used for soft tissue coverage. There are case reports of it being used for local flaps, regional flaps, and free flaps. Due to its small size, TFL is not often the first choice for free flaps, but there are case reports of using TFL free flaps when latissimus dorsi and rectus abdominis flaps are unavailable. When a large area needs coverage, the TFL can be used in conjunction with an anterolateral thigh flap by using the lateral circumflex system of the femoral vessels.[7][8][9][10][11]

The TFL can become clinically significant in cases of tightening, friction between over bony prominences, or through its attachment to the IT band. The TFL can become tight, especially in situations of prolonged shortening, such as in a seated position. A shortened TFL can lead to an anterior tilt of the pelvis and/or medial rotation of the femur.

External snapping hip syndrome is a condition where patients describe a palpable snap on the lateral aspect of their hip that occurs with a variety of movements. Though this syndrome has multiple etiologies, the most common etiology is due to the IT band moving over the greater trochanter. This is thought to be due to a thickening of the posterior band of the IT fascia. Though patients will often not complain of pain from this syndrome, it can progress to become painful. Treatment is typically conservative with oral NSAIDs and physical therapy.

Treatment of IT band syndrome is conservative, starting with NSAIDS, physical therapy, and possibly a corticosteroid injection.[12]

Geriatric patients may often suffer from weakened TFL actions due to Vitamin B12 deficiency.[13] Vitamin B12 deficiency typically leads toward nerve demyelination within the CNS and the PNS. This lacking eventually leads to large fiber (type A) peripheral neuropathy and causes weakness in the lower extremities. As type A fibers work both with sensory and motor nerve function, TFL based hip flexion is compromised. 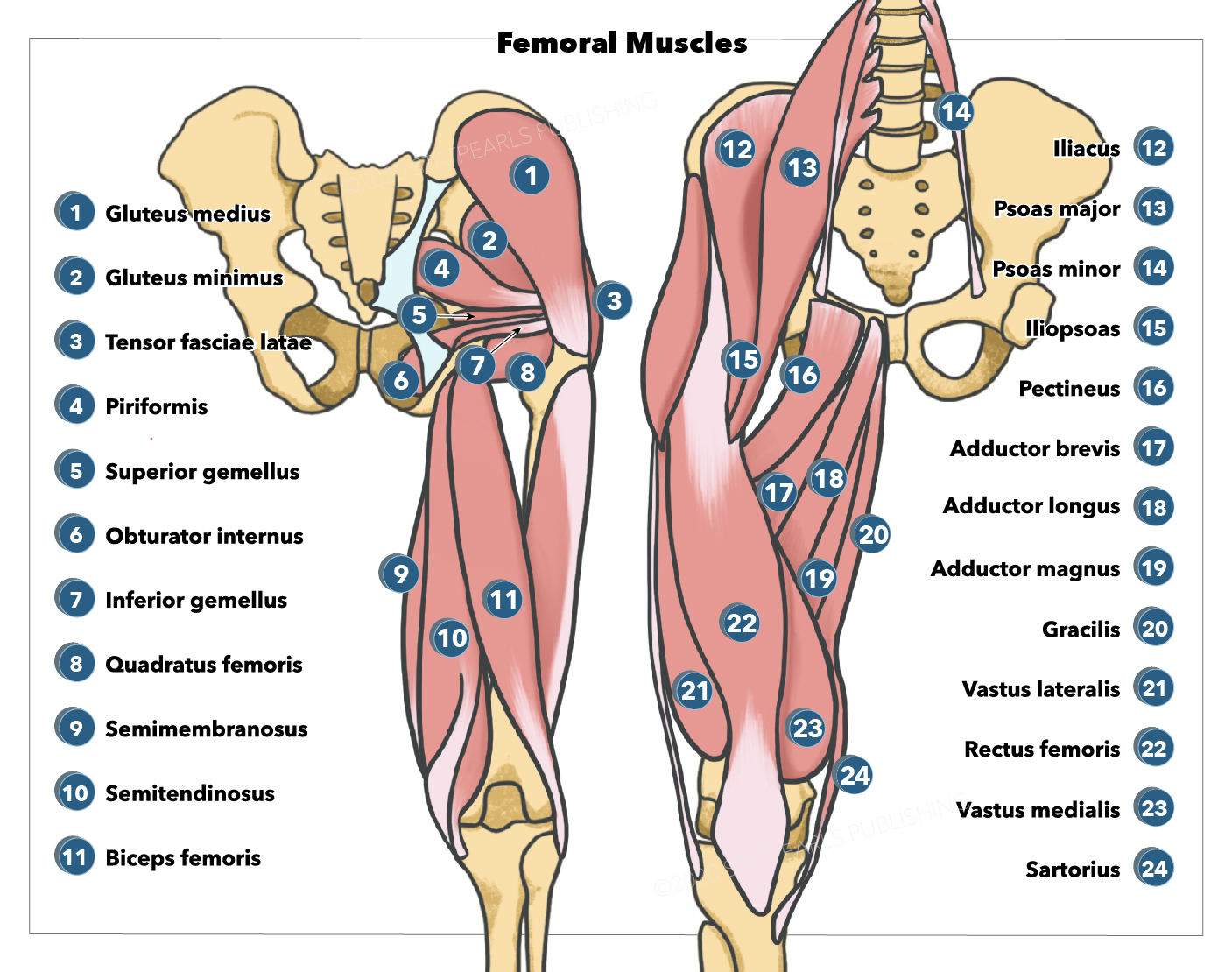