Salmonella enterica typhi is a gram-negative bacterium that is responsible for typhoid fever and has been a burden on developing nations for generations. Despite significant efforts in research and medical advancements, typhoid fever is still a major worldwide public health concern. This activity presents the etiology, pathophysiology, presentation, and diagnosis of Salmonella typhi and highlights the role of the interprofessional team in its management.

Salmonella enterica serotype typhi is a gram-negative bacterium that is responsible for typhoid fever and has been a burden on developing nations for generations. In 1829, Pierre Louis was the first to coin the term “typhoid fever” after identifying lesions in the abdominal lymph nodes of patients who had died from “gastric fever.”[1] The term was derived from the Greek word “typhus” which meant “smoky” and was used to describe the delirium that patients would exhibit with the disease.[1] Although first described in the early 1800s, it was not until 1880 when the organism for typhoid fever was discovered.[1] In 1880, German pathologist Karl Eberth identified S. enterica. It was first cultured in 1884 by Georg Gaffky.[1] Several years later, Almroth Wright developed a vaccine for the disease.[1] Despite significant efforts in research and medical advancements, typhoid fever is still a major, worldwide, public health concern.

Salmonella enterica serotype typhi is a gram-negative, rod-shaped, flagellated bacterium whose only reservoir is the human body.[2][3] The bacterium is serologically positive for lipopolysaccharide antigens O9 and O12 as well as the distinct polysaccharide capsular antigen Vi.[2][3] Antigen Vi-negative strains appear to be less infectious and less virulent as compared to those strains that are Vi positive.[2]

Typhoid fever is more common in children and young adults and is associated with low-income areas in which poor sanitation is prevalent.[2][3][4] In 2000, typhoid fever was estimated to cause 21.7 million illnesses and 216,000 deaths globally, and the International Vaccine Institute estimated that there were 11.9 million cases of typhoid fever and 129,000 deaths in low to middle-income countries in 2010.[5][6] However, these numbers are more than likely an under-representation of the true disease burden given a large proportion of patients are treated on an outpatient basis or receive no treatment at all. In the United States, approximately 200 to 300 cases of Salmonella enterica serotype typhi are reported each year, and approximately 80% of these cases are from travelers returning from an endemic region.[7][8] In the pre-antibiotic era, mortality rates were 15% or greater. However, mortality rates have fallen to less than 1% with the introduction of antibiotics.[3][9]

Salmonella enterica serotype typhi is usually contracted by ingestion of food or water that is contaminated with the excrements of people that carry the organism and must survive the gastric pH barrier in the stomach prior to adherence in the small intestine.[3] An infectious dose of Salmonella enterica serotype typhi in healthy individuals ranges between 1000 and 1 million organisms but can be related to the host’s defense mechanisms.[3]

Salmonella enterica serotype typhi enter the submucosal region of the small bowel by either direct penetration into the epithelial tissue mediated by the cystic fibrosis transmembrane conductance regulator (CFTR) or via the M-cell, a specialized lymphoid epithelial cell. Once within the submucosa, the bacterium causes hypertrophy of the Peyer’s patches.[2][3][10]

Dissemination of the organism from the Peyer’s patches occurs via the lymphatic system and the bloodstream.[2][3] Cellular replication within the reticuloendothelial system is a hallmark of the disease and eventually causes the systemic symptoms that a clinician will observe.[2] Following replication, organisms will reside in the macrophages of the liver, spleen, and bone marrow.[2] Classically, Salmonella enterica serotype typhi can be cultured from the bone marrow even after anti-microbial therapy has been initiated.[2]

Approximately 1% to 5% of patients will become chronic carriers of Salmonella enterica serotype typhi despite adequate antimicrobial therapy.[3] A chronic carrier is defined as a patient that has excretion of the bacterium in the stool or urine for greater than 12 months after an acute infection and is typically of the female gender or has cholelithiasis.[2][3] Those in the chronic carrier state will typically have high levels of antibodies to the Vi antigen and will not develop the clinical disease. The most famous of these chronic carriers was Mary Mallon who was diagnosed as a “healthy carrier” of the disease in 1906 after transmitting the disease to several households in which she served as the cook.[1] The term “Typhoid Mary” became prominent during public health campaigns and is still used in modern culture today.[1]

Patients will typically present after a 7 to 14-day asymptomatic period after initial inoculation with Salmonella enterica serotype typhi.[2][3] Following the initial asymptomatic period, patients will present with an influenza-like illness with associated fever.[2] Abdominal symptoms are always present during the progression of the disease and can include pain, nausea, vomiting, constipation, or diarrhea.[2][3] As the disease progresses, the patient may develop intermittent confusion and an apathetic affect. Unlike malaria, there will be little to no diurnal variation in fevers and patients will not experience rigors.[2]

Although classically related to typhoid fever, relative bradycardia in association with a fever is not always seen in patients infected with Salmonella enterica serotype typhi and could be related to the geographical area in which the infection occurs.[2] However, abdominal pain will be seen in all patients and can range from diffuse in nature to pain that mimics appendicitis.[2] Hepatomegaly and splenomegaly will typically develop during a patient’s disease progression.[2] Rose spots, a blanching erythematous maculopapular rash with lesions 2 to 4 mm in diameter, may develop on the chest and abdomen of patients.[2]

The diagnosis of typhoid fever should be suspected in those living in endemic areas or those who have traveled to an endemic area and are presenting with a febrile illness. Basic laboratory data can aid the clinician in the diagnosis, but no single laboratory value is pathognomonic for typhoid fever. A complete blood count may show either leukocytosis or leukopenia with a left shift depending on the patient’s age.[2][3] Also, relative anemia could be present.[2][3] If a complete metabolic profile is obtained, abnormal liver function tests may be observed.[2][3]

To confirm the diagnosis, the clinician should obtain blood and stool cultures whenever possible. Blood cultures are positive in 40% to 80% of individuals and stool cultures in 30% to 40%.[2][3][11] However, stool cultures become less sensitive as systemic symptoms arise.[11] The most sensitive diagnostic test that a clinician can obtain is a bone marrow aspirate. Although invasive, more than 90% of cultures are positive in those infected with Salmonella enterica serotype typhi and can stay positive for days after initiation of antimicrobial therapy.[2][3]

The Widal test measures agglutinating antibodies against the lipopolysaccharide O and flagellar H antigens. Ideally, a positive test requires a four-fold increase in antibody titers taken 10 days apart, but many clinicians use a single acute-phase sample to guide care. Using this method, false-negative and positive results may occur.

The first antibiotic to be used to treat infections caused by Salmonella enterica serotype typhi was chloramphenicol.[3] Only 2 years later, resistant forms of Salmonella enterica serotype typhi were discovered in the community.[3] Currently, ciprofloxacin or ofloxacin have become the mainstay of treatment.[2][3][12] Despite the risks associated with quinolone therapy in children, they are acceptable to use for severe infection or when alternative therapies are unavailable.[2][3] When resistance to a quinolone is identified, an extended-spectrum cephalosporin such as ceftriaxone can be used. Another option for those infected with a quinolone-resistant strain of Salmonella enterica serotype typhi would be azithromycin.[2][3] Combination therapy of fluoroquinolones, cephalosporins, and macrolides have been used in those who fail to respond to standard therapies.[2][3]

The differential diagnosis of those infected with Salmonella enterica serotype typhi should include:

The prognosis for patients with typhoid fever depends on how quickly the diagnosis is made and antibiotics are started. The average rate of mortality is less than 1% worldwide, but that varies depending on the region. Mortality rates are highest among the very young (less than 1 year) and the very old.[3]

Complications occur in 10% to 15% of patients infected with Salmonella enterica serotype typhi. Although many complications have been described in the literature, the most common include gastrointestinal hemorrhage, intestinal perforation, typhoid encephalopathy, and relapse.[2][3]

Gastrointestinal hemorrhage occurs in up to 10% of hospitalized patients and is related to the necrosis and erosion of Peyer’s patches through the small bowel.[2][3] In most of the cases, the bleeding is self-limited and will not require further intervention or blood transfusion. Intestinal perforation occurs in approximately 2% of hospitalized patients and usually occurs at the ileum.[2][3] Typhoid encephalopathy may present with a range of symptoms including agitation, delirium, or if left untreated, coma vigil.[3] Those with the advanced form of this complication may exhibit “typhoid facies” characterized by a thin, flushed face with a staring, apathetic expression.[2] Relapse may occur in up to 10% of patients 2 to 3 weeks after the initial resolution of fever.[2][3] However, antibiotic susceptibility is typically the same as the initial infection and is less likely a secondary infection with a different strain.

Travelers to countries where Salmonella typhi is endemic should be educated on the importance of avoiding unpeeled fruits or vegetables and only drinking bottled or boiled water. Typhoid vaccinations are available and are indicated for travelers to endemic countries. Patients that have been diagnosed with typhoid fever should be made aware of the importance of medication adherence and the potential consequences of inadequate treatment.

Salmonella typhi infection is best managed by an interprofessional team that includes infectious disease nurses and clinicians. A pharmacist should assist with antibiotic selection, checking for interactions, and monitoring compliance as well as assisting with patient education. The key to treatment is ensuring hydration. Because of the high morbidity of the infection, prevention should be the goal. Although easily treated through current antibiotic therapies, prevention of the disease should be the mainstay of treatment. In endemic areas, the World Health Organization (WHO) recommends a vaccination program that should include the conjugate vaccine due to its longer-lasting immunity and safety profile in children. Travelers to endemic countries should be aware of the transmission of the disease, be advised on behavioral precautions, and should receive the vaccine whenever possible. The outcomes for patients who are treated are good but lack of treatment can lead to dehydration, multiorgan failure, and even death. 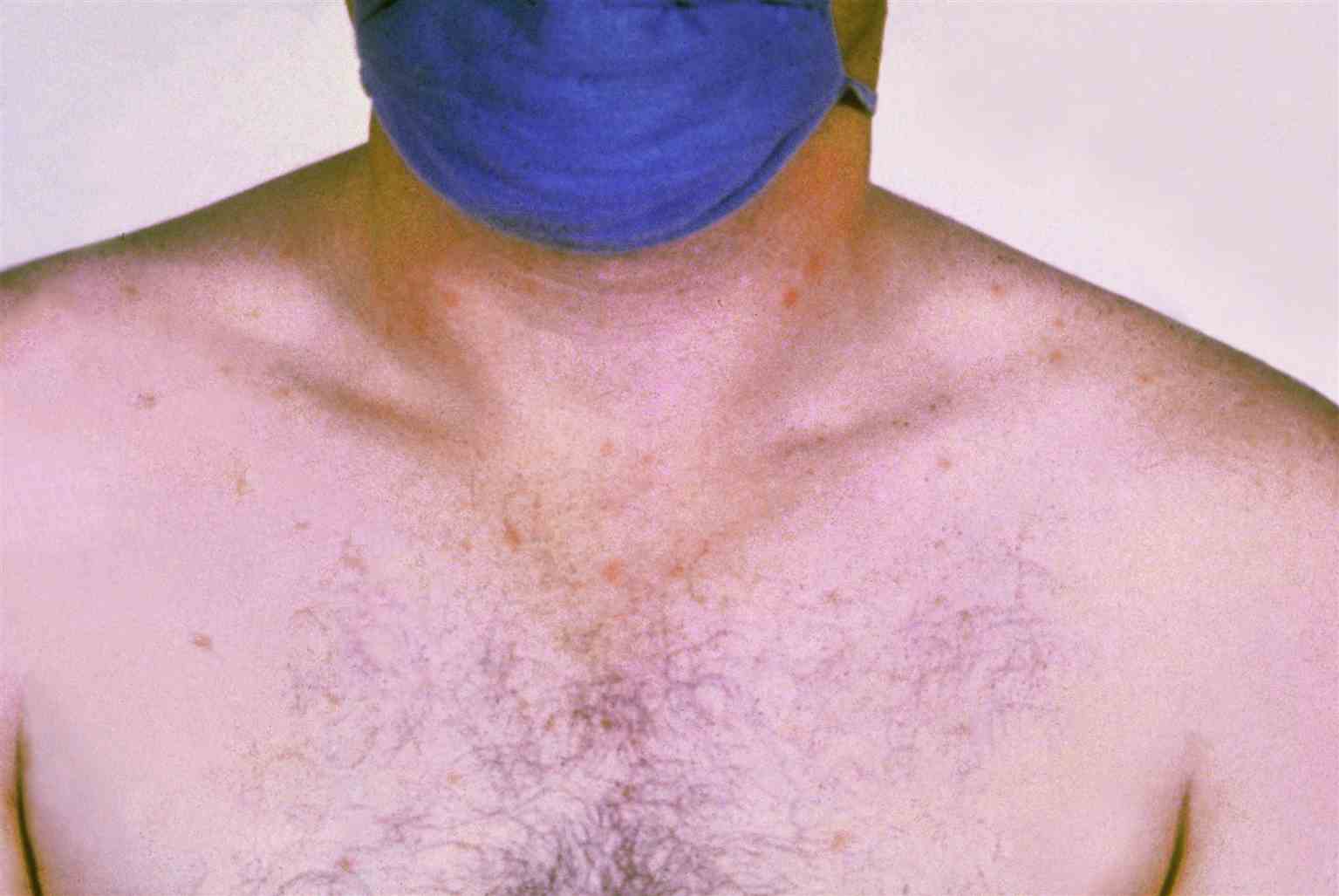 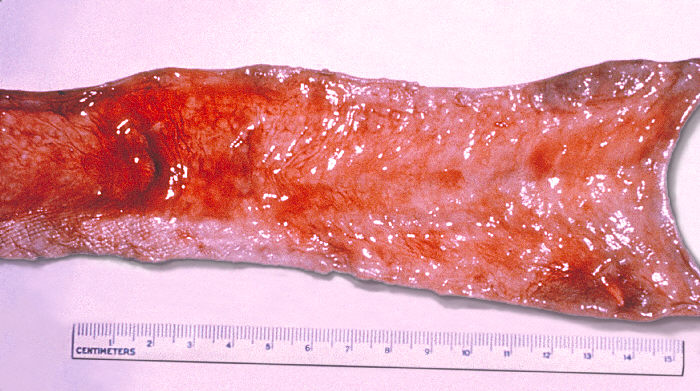