Pernio also referred to as chilblains, is a rare inflammatory condition. The term "chilblains" derives from two Old English words "chill" (cold) and "blegen" (sore). Most commonly, pernio affects acral skin and primarily results as a response to cold, damp conditions. It is typically idiopathic and acute; however, chronic forms have been identified. This activity outlines the evaluation and management of chilblains (pernio) and reviews the role of the healthcare team in managing patients with this condition.

Pernio, also referred to as chilblains, is a rare inflammatory condition. Chilblains derives from two Old English words "chill" ( cold ) and "blegen" (sore). Most commonly, pernio affects acral skin and primarily results as a response to cold, damp conditions. It is typically idiopathic and acute; however, chronic forms also exist.

Secondary pernio has associations with other conditions--the most common being the association with systemic lupus erythematosus (chilblain lupus erythematosus or CHLE). As a result, even though most pernio cases are idiopathic, the presentation of pernio should prompt the provider to screen for some of the more common secondary conditions known to trigger pernio.

The diagnosis is largely clinical and based on a thorough history and physical exam. Biopsies are not a recommendation as the histopathologic findings are non-specific.

Treatment often focuses on prevention. Avoidance of the cold is vital in the prevention of development of the lesions, and several medications, most commonly nifedipine and other calcium channel blockers, have been implicated in aiding in the resolution of existing lesions.

Overall, the prognosis of pernio is good with minimal chronic sequelae.

Pernio is mostly thought to be idiopathic; however, while several forms of secondary pernio exist, they are incredibly rare, and the direct association has not clinically correlated with extensive studies due to the rarity. The most common form of secondary pernio is the association with systemic lupus erythematosus and the subsequent development of chilblain lupus erythematosus (CHLE).[1]

Of note, research has found pernio as the presenting symptom of a blast crisis in patients diagnosed with acute lymphoblastic leukemia.[2]

Pernio has generally been found to affect women more often than men. The most significant risk factor appears to be exposure to cold, damp climates, and pernio is often prevalent in areas without central heating such as many parts of the UK and northern Europe. Due to pernio's association with the cold and damp, the presentation can be found to be seasonal, with an increase in prevalence during the winter months and relapse occurring when the weather warms again in the spring.[3][4]

The pathophysiology and pathogenesis of pernio remain still largely unknown due to the rarity of the condition. However, the thinking is that there is some association with vasospasm as the primary pathophysiologic finding, particularly when the patient becomes exposed to cold, damp conditions for a prolonged period. In a small study by the Mayo Clinic, researchers exposed five patients with known pernio to ice-water immersions and analyzed the patients' vascular response. They found that all of the patients demonstrated vasospasm when exposed to the ice water bath, potentially discovering a target for pharmacologic therapy in patients with pernio.[5]

Unfortunately, the histological reports of confirmed pernio are few and far between, making consistent histologic diagnosis challenging and largely nonspecific. However, the most commonly reported findings in pernio include dermal infiltrate with associated edema. Additionally, other findings include spongiosis, deep peri-eccrine inflammation, basal layer vacuolation, and necrotic keratinocytes within the epidermis.[3][6][7]

Pernio commonly presents as multiple erythrocyanotic lesions, typically macules, papules, or nodules that develop in response to exposure to cold, damp environments. These lesions are generally symmetric, affecting bilateral hands or feet, particularly targeting the toes and fingers. Pernio has also been reported to affect other body sites with less frequency. Pernio lesions commonly appear within 24 hours of exposure to cold and will often resolve within a few weeks.[8] Lesions can blister or ulcerate, and patients often report symptoms of burning, tenderness, or pruritus. There have also been reports of nail dystrophy in patients with pernio after experiencing prolonged exposure to cold, damp conditions.[9]

A worrisome potential complication is the development of a secondary infection. In patients who experience blisters or ulceration associated with pernio, as with any disease process where there is an entry point for bacteria due to skin breakdown, secondary infection can easily occur, making it increasingly necessary to treat these patients and encourage rapid resolution of blisters or ulcerations.

A thorough history and physical exam are crucial for evaluating and diagnosing pernio. In general, asking questions regarding the timing of lesions, recent exposures to cold, and improvement of symptoms with removal of cold exposure help narrow the differential to pernio or at least one of the other vasospastic disease processes.

Some basic lab work can help in the initial evaluation of pernio, including a complete blood count, antinuclear antibody, and serum protein electrophoresis. Depending on the presentation and precipitating factors, serum cryoglobulins are also an option if deemed appropriate. Because cryoglobulins are only rarely associated with pernio, they are often excluded from initial testing and only included after performing an initial workup.[3][6][7][10][11]

Initial management should focus on removing the cold insult from the patient and having the patient avoiding cold exposure. Patients should be instructed to keep gloves or socks readily available in case of cold exposure. Additionally, lifestyle modifications, including smoking cessation, are recommendations due to the association with vasospasm, which can exacerbate pernio symptoms.

Nifedipine, a calcium channel blocker, has potentially been found to be useful as a treatment of pernio due to its vasodilatory effects, and in some small studies showed efficacy in reversing pernio lesions and even prevented further lesions from developing.[10][12][13][14]

The primary disorder that merits consideration when diagnosing pernio is chilblain lupus erythematosus (CHLE). CHLE is a rare dermatology condition often confused with other forms of pernio or vasculitic processes. Due to the implications of familial genetic inheritance and the possible association with systemic lupus erythematosus, a specific diagnosis of chilblains lupus becomes a priority when a patient presents with pernio-like symptoms. CHLE is largely idiopathic, but familial variants are associated with several different genetic mutations, including TREX1, SAMHD1, and STING. Treatment is often symptomatic with steroids, but literature has shown the possibility for systemic medications such as JAK inhibitors as effective treatments.  While the progression to systemic lupus erythematosus (SLE) is low in CHLE, further workup is the recommended course due to the implications of long-term undiagnosed SLE.[15][16][17]

Other conditions, particularly vasospastic conditions, that the clinician should consider in the differential include:

The prognosis of pernio is overall excellent since lesions are rarely severe, and most cases of pernio can be resolved relatively easily without prolonged sequelae. In patients who develop pernio in association with chronic systemic conditions like CHLE, ensuring adequate control of the systemic illness along with symptomatic treatment of the pernio can aid in the rapid resolution of the pernio lesions.

Complications of pernio are similar to other vasospastic conditions, which can include tissue necrosis if vasospasm is prolonged. Additionally, with tissue breakdown and openings in the skin, providers and patients should look for any signs and symptoms of infection.

Patients should receive education regarding the pathogenesis and development of pernio lesions and how to effectively prevent outbreaks. Education should focus on prevention by avoiding the cold and ensuring that the patient uses insulated clothing, gloves, and socks to prevent unexpected exposure to cold environments.

Pernio has many causes and requires management from an interprofessional team. Pernio caused by exposure to cold is best managed by the primary care provider or the emergency department.

Overall, coordination of care is mostly between the provider and the patient. The key to pernio is patient education. Patients should be told to dress appropriately in cold weather and discontinue smoking.

However, if secondary pernio is thought to be the diagnosis, particularly in association with systemic lupus erythematosus, coordinated care between the primary care physician, dermatologist, and rheumatologist can significantly aid in the treatment of both the pernio and the SLE or CHLE. For secondary causes of pernio, a wound care nurse should have involvement as recurrences are common. The protection of the underlying tissues is vital. The wound care nurse should communicate with the specialist to ensure that the patient is receiving the optimal treatment for the secondary disorder responsible for pernio. Interprofessional coordination between nursing and clinicians will result in better outcomes. [Level 5] 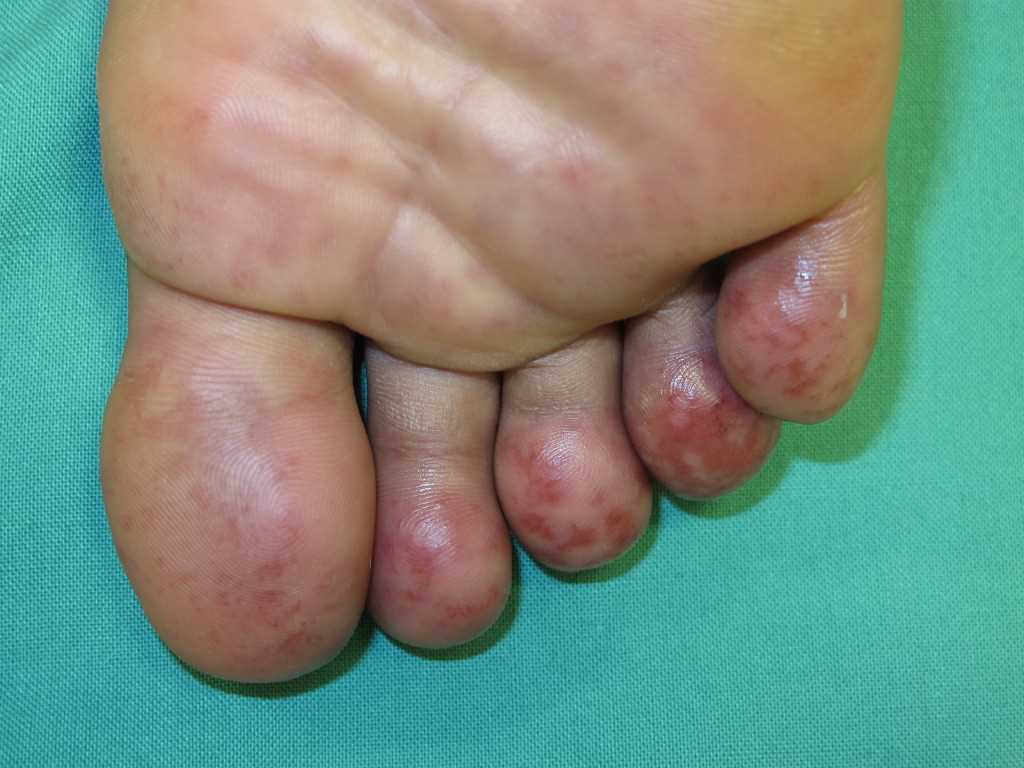 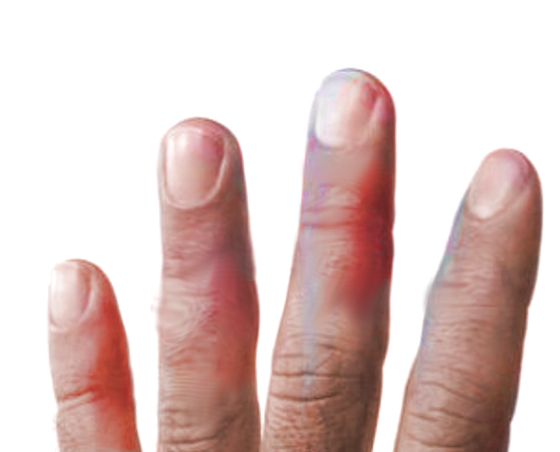 Rustin MH,Newton JA,Smith NP,Dowd PM, The treatment of chilblains with nifedipine: the results of a pilot study, a double-blind placebo-controlled randomized study and a long-term open trial. The British journal of dermatology. 1989 Feb;     [PubMed PMID: 2647123]