Appropriate patient position can facilitate proper physiologic function during pathophysiologic processes and also facilitate access to certain anatomical locations during surgical procedures. Multiple factors should be considered when choosing the patient's position. These factors include patient age, weight, and size as well as past medical history, including respiratory or circulatory disorders.

The most common patient positions with common indications and concerns include the following.[1][2][3][4]

This is the most common position for surgery with a patient lying on his or her back with head, neck, and spine in neutral positioning and arms either adducted alongside the patient or abducted to less than 90 degrees.

Lawnchair position: A variation of supine in which the hips and knees are slightly flexed and above the level of the heart relieves pressure on the back, hips, and knees and facilitates venous drainage from the lower extremities, and reduces tension on the abdominal musculature

Frog-leg position: A variation of supine in which the hips and knees are flexed, and the hips are externally rotated facilitates access to the perineum, groin, rectum, and inner thigh, but the knees must be supported to avoid stress and dislocation of the hips.

Trendelenburg position: A variation of supine in which the head of the bed is tilted down such that the pubic symphysis is the highest point of the trunk facilitates venous return and improves exposure during abdominal and laparoscopic surgeries

Reverse Trendelenburg position: A variation of supine in which the head of the bed is tilted upward such that the head is the highest point of the trunk facilitates upper abdominal surgery

Commonly used during gynecologic, rectal, and urologic surgeries with a patient lying supine with legs abducted 30 to 45 degrees from midline with knees flexed and legs held supported with the foot of the bed lowered or removed to facilitate the procedure.

Commonly used during surgery requiring access to the thorax, retroperitoneum, or hip with a patient lying on the nonoperative side and careful positioning of the extremities.

This is the most common position for patient resting comfortably, whether inpatient or in the emergency department, with knees either straight or slightly bent and the head of the bed between 45 and 60 degrees.

Lower extremity compartment syndrome is a rare but serious complication of the lithotomy position resulting from inadequate perfusion of the lower extremity. The resulting tissue ischemia, edema, and muscle breakdown increase facial compartmental pressure. Recommendations include periodically lowering the legs of patients in lithotomy position during prolonged procedures to promote perfusion.

Nerves are most commonly injured during surgical procedures secondary to external compression or stretch. The most commonly injured nerve is the ulnar nerve from malpositioning of the upper extremity in the supine position. Ensure that the arm is supinated or in the neutral position to avoid ulnar nerve compression and abducted no more than 90 degrees from the body to prevent stretch injury to the brachial plexus.[5][6][7][8]

Lower extremity nerve injuries are less common, though precautions can still be taken. Common peroneal nerve compression can result from direct compression over the fibular head in the lithotomy position; ensure proper padding between bony prominences and supports. Sciatic nerve stretch can result from flexion at the hip in the lithotomy position; take care when positioning the patient to move the lower extremities in concert with one another and prevent hyperflexion at the hip.[9][10]

Muscle strain is a less common side effect of patient positioning but can result from the patient’s inability to react to the movement of the extremities. Take care, especially with the lower extremities, to move simultaneously to avoid muscle and joint injury.

A significant consideration for patient positioning, especially during prolonged surgical procedures, is compression and damage to underlying nervous and vascular structures. Common surgical positions and frequently associated complications can be found above. Providers should ensure that all bony prominences, as well as foreign bodies held against the patient, are appropriately padded to avoid undue pressure on the skin and soft tissues.

Proper positioning of the patient can facilitate access to anatomical locations during surgical procedures and promote appropriate physiologic function during pathologic states, for example, the Trendelenburg position to increase the venous return in a hypovolemic patient. Care to position the patient properly both facilitates procedural aims and aids in preventing subsequent complications. 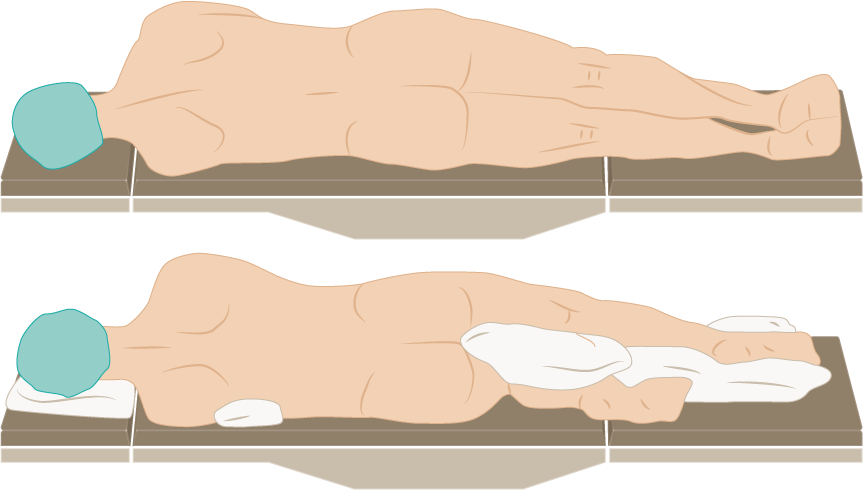 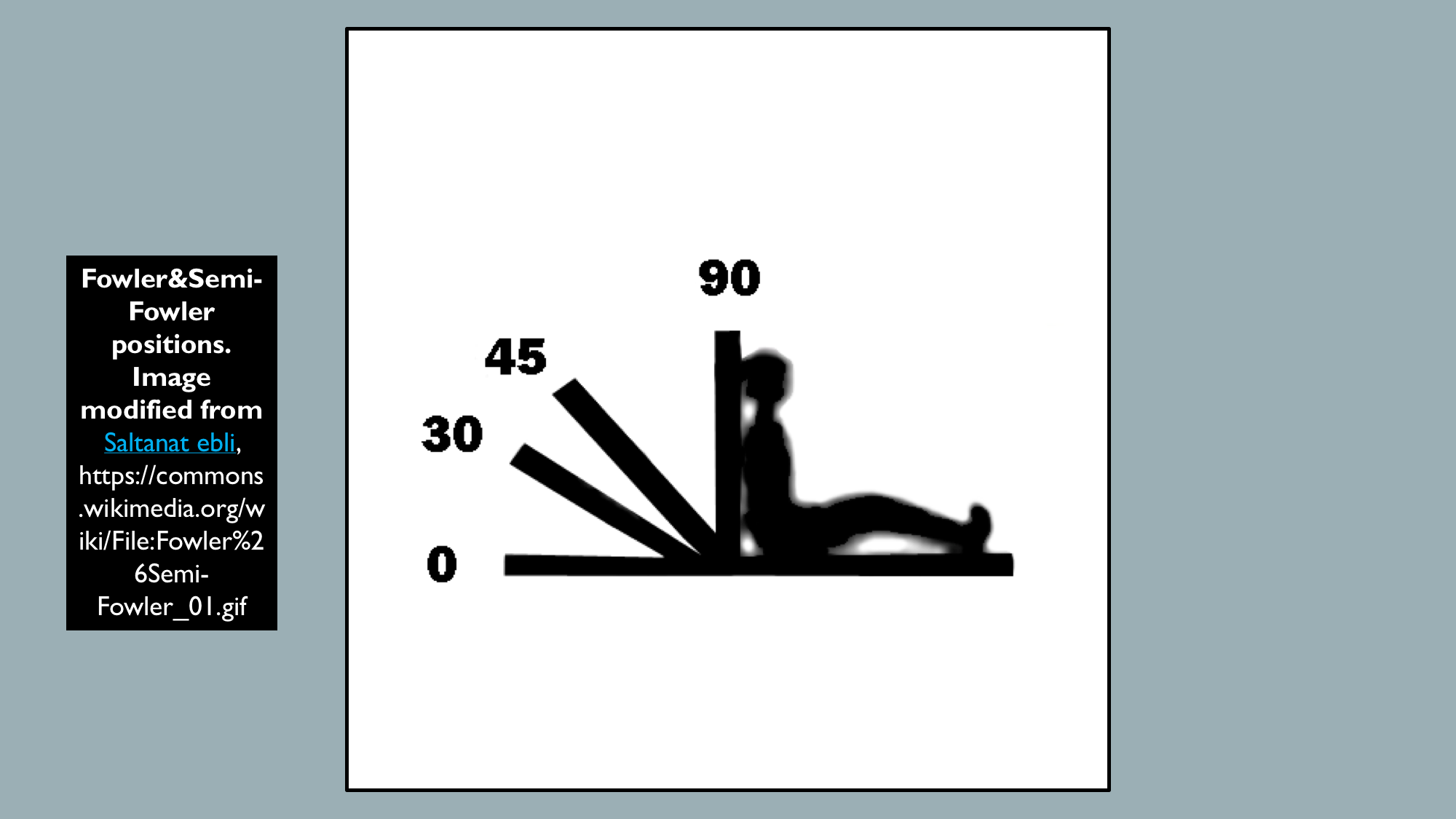 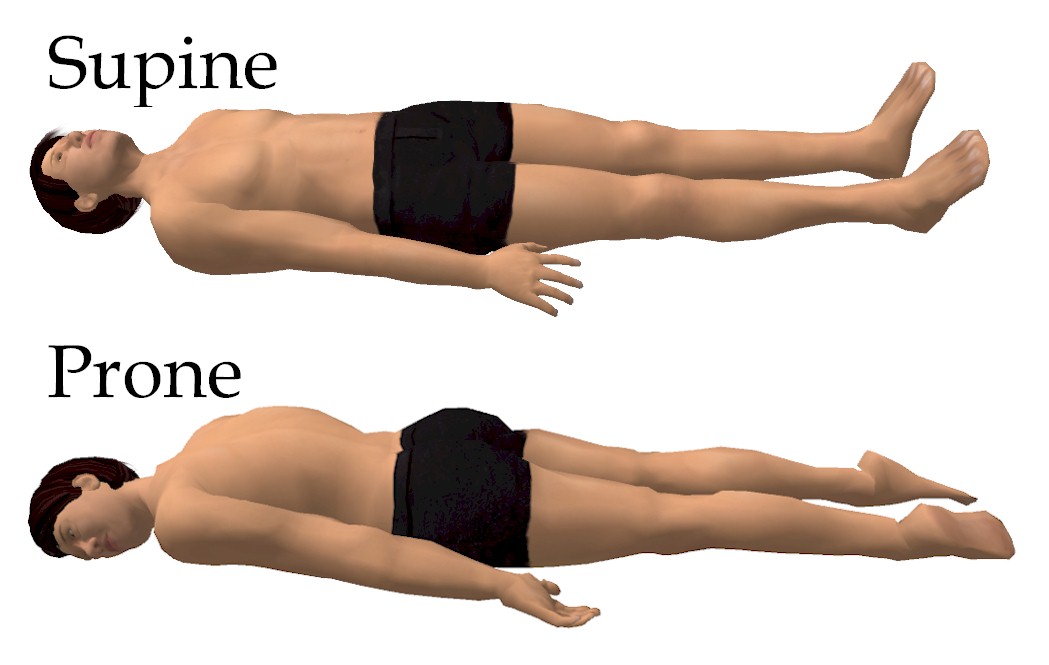 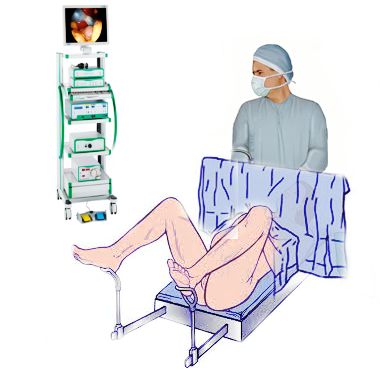