How Should I Obtain Letters Of Recommendation? 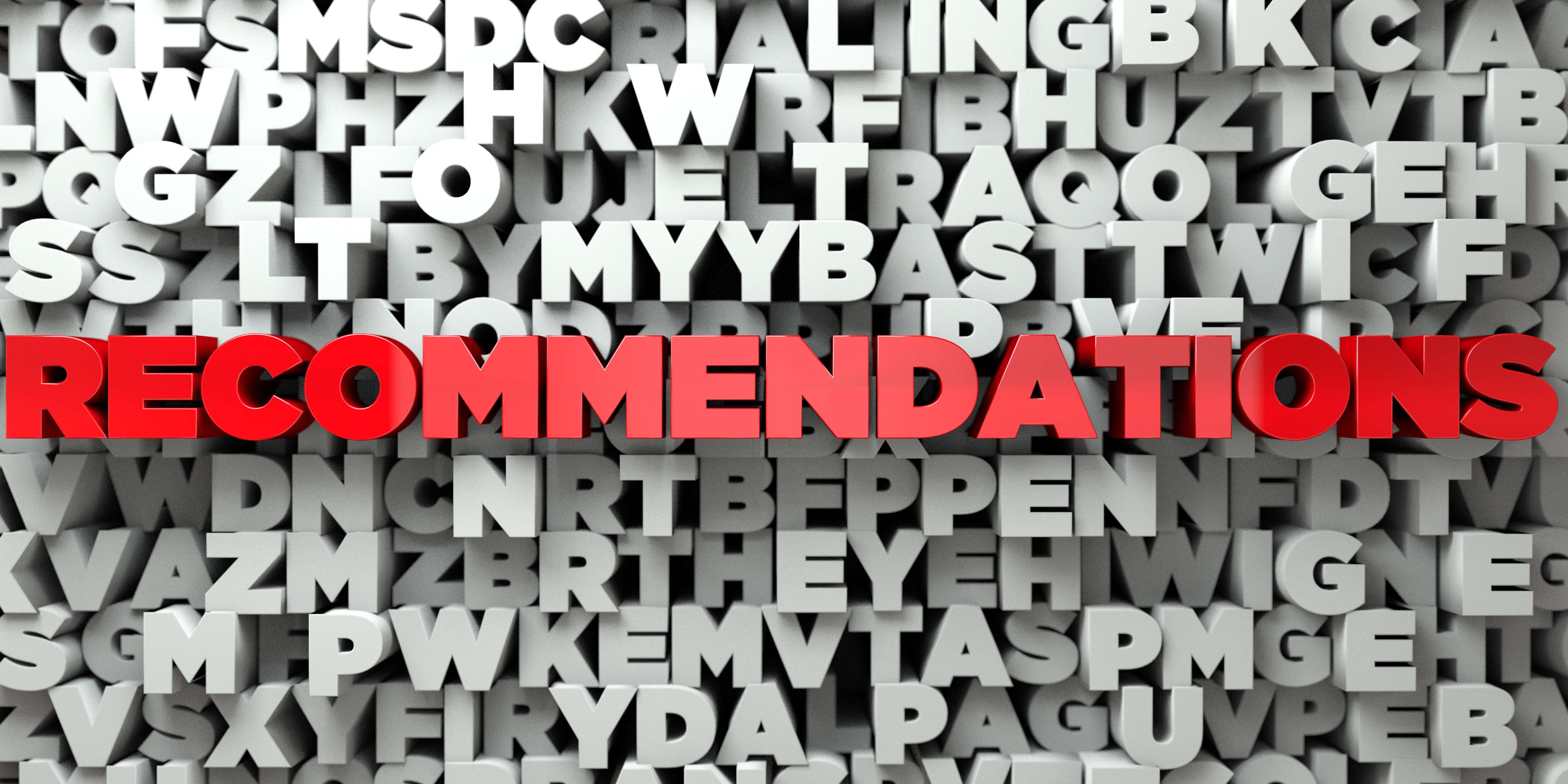 Residency programs typically require three or four letters of recommendation. Check each residency that you are applying to in order to identify their requirements. ERAS allows you to store as many LOR’s as you wish and then designate different letters for each program, but the maximum you can send to any one program is four letters. If possible, request five letters since there is always the possibility one may be lost or not written in time. Every rotation and elective should be seen as an opportunity to learn as much as possible and garner the support of the attendings, fellows, and residents that will be your supervisors.

So how do you get a great letter of recommendation?

Get To Know Your Attendings

During rotations, make every effort to get to know your attendings. When they do teaching rounds, or provide classroom instruction, sit in or near the front row. If you have an intelligent question, ask it politely after class or rounds when your instructor can recognize your face rather than a raised hand in a sea of noses.

When you ask a question, first introduce yourself until you are remembered by name. Then, address the attending, starting with their name.

There is a fine line between knowing your attending and becoming a “brown noser.” Do not cross it! Treat them with respect. Having served as a faculty instructor for many years, they will know the difference between a genuinely interested student and one who is just trying to court favor. Always address attendings by their proper title. Do not use first names or shorted names unless invited.

Do Not Forget the Resident

Learn to ask good questions but be careful not to criticize or ask any question in a condescending manner. For example, avoid “Penicillin is the drug of choice for dental infections, yet you selected erythromycin. Why?” A more positive approach to a question would be, “Dr. Jones, I am Bill Rogers; in microbiology, we learned penicillin is the drug of choice for dental infections. I notice you selected erythromycin. Since the patient is not allergic to penicillin, would you please help me understand your reasoning?” Try to make it clear you are asking questions to better understand the underlying concept rather than being critical. Whatever you do, be very careful if you ask any questions in front of a patient. Generally, they should be held until you are in the hall, and the attending allows discussion.

If one of your attendings is particularly good, and you did well during the clerkship rotation, consider trying to fit into your schedule one of their senior clerkship rotations, perhaps even if it is an extra two weeks over a holiday. Look for opportunities to spend more time with the best attendings.

During my junior year, my two-month surgical rotation happened to end on December 23rd, and we did not return for our next rotation until January 3rd. This particular year, my parents were on a cruise, and I knew I was in for a lonely two weeks off. Rather than go home to an empty house, I asked my general surgery attending if it would be possible for me to continue the rotation through the holidays. It turned out he was on call the entire time because his partner had taken two weeks off, and his family was out of town as well.

This proved to be the best two weeks of medical school. I spent a ton of one on one time with the attending, enjoyed Christmas dinner at the hospital with him in the cafeteria, rode to his home to feed and walk the dogs during lunch, and instead of spending the entire time watching from the head of the bed, I was allowed to assist.

During the first week, we did an emergency appendectomy, and much to my surprise, two days later, I evaluated a patient in the ER that I was confident had appendicitis. By now, I had read all about the expected history and physical findings and was able to provide the attending with a logical explanation of why we should proceed with the procedure. He then asked me if I could recall the steps and expected complications, which thankfully I had reviewed.

Much to my surprise, as he was about to open up the abdomen, he moved aside and said, ever hear of the expression “see one, do one, teach one?” well, today you are going to “do one,” and he handed me the scalpel, and walked me through the entire procedure. From that day forward, I was hooked. I knew I had to be a surgeon.

Every rotation should be taken seriously; even if you don’t want to spend the rest of your life delivering babies, remember that the attending did. They love their profession and are taking their precious time to teach you, often as unpaid volunteers. Pay attention, ask intelligent questions, prepare, and most importantly, be the first to arrive and the last to leave. Needless to say, work hard! You should do your best to impress every attending and resident with your work ethic, even on the rotations you deem unlikely to be career choices.

Just before I started my clinical year, my father sat me down and told me a story. My father was a pilot during WWII, and while he was a cadet, there was considerable downtime. Rather than play cards or baseball, my dad explained that he went to the base commander’s office and asked if he might have a job. The commander told him in all his years, and he had never had a cadet volunteer for extra work. He was given the job of delivering mail, and as a consequence, he got to know all of the officers on base, including all the flight instructors. When he graduated, most of his peers became 2nd Lieutenants and co-pilots. My father was one of the few chosen to be a 1st Lieutenant and pilot. When he was sent to the Pacific theater, much to his surprise, he was assured into the squadron commander’s office as a letter had apparently arrived suggesting he be given a leadership position. He started out as a base supply officer, and eventually, when the squadron commander was promoted, you guessed it, dad, at the age of 22, became the “old man” in charge.

I have never forgotten this lesson. During medical school, residency, and even as an attending, I always volunteer for extra work. It has rewarded me over and over, not only with better learning experiences but better job opportunities. You want your sparkling letter of recommendation to read, “not only is this person a hard worker, but he is also the type of resident you can count on to stick around and be available when extra work needs to get done.”

Get To Know Their Interests

In this era, it is fairly easy to find out a little bit about your attendings. Often you can quickly learn their research interests or what they do for fun. Nothing will impress an attending more if you review one of their research studies and can work it into an appropriate response to one of their questions. If they are a Red Sox fan, now is not the time to bring up how the Yankees pounded them yet again.

Asking For A Letter

Before you ask for a letter of recommendation, you should be prepared. Be ready to hand the individual you selected a curriculum vitae, personal statement, and if your grades or USMLE® or COMLEX® scores are excellent, a copy of your grades or scores. This should demonstrate that not only did you do well in their rotation, but you also did equally well in the other rotations, in classes, and on boards.

Attendings may include some of the points you mention in your personal statement in their letter. Being prepared also separates you from all the other requests they receive from your peers. The fact that you are organized and prepared may make the difference between a good versus a strong letter of recommendation. Be positive and confident concerning your chances of matching, as your attitude may be reflected in the tone of a letter of recommendation.

How can you influence the quality of your letters of recommendation? Find out when they keep office hours and schedule an appointment to discuss your career plans. On the appointed day, dress like you are going to an interview. This will demonstrate the value you place on your meeting. Tell the attending your career choice, and ask if they would be willing to write a positive letter in support of your selection.

If they give you a favorable response, present them with an organized packet of information. Include a cover letter that includes the deadline, a short summary of your strong points, and how you can be reached to respond to questions, and a thank-you statement expressing your appreciation to the attending for taking the time to write the letter. At the conclusion of the interview, be sure to ask if they have any questions and thank them for their time.

A few days after the letter interview, follow-up with a personal thank-you letter. As they write several of these letters every year and spend many hours doing so, a formal “thank you for their time” letter will separate you from the pack.

When you receive your match, a personal visit to these attendings or a second thank-you letter is strongly recommended.

Obtaining letters of recommendation should not be a difficult process if you plan ahead. If you worked hard in your rotations, asked appropriate questions, arrived early and stayed late, were always prepared, and spent time getting to know your attendings, you will be rewarded with the letter of recommendation to get you one step closer to your career choice.