The adrenal gland is composed of two distinct tissues: the outer cortex and the inner medulla. The adrenal cortex tends to be fattier and thus has a more yellow hue. The adrenal medulla is more of a reddish-brown color. A thick capsule consisting of connective tissue surrounds the entire adrenal gland.

The adrenal cortex is much larger than the smaller medulla, which only accounts for approximately 15% of the gland. It is composed of three distinct zones:

The function of these three zones can be remembered by the mnemonic "Salt, Sugar, Sex," as they correlate to the function of the hormones produced in each layer of the adrenal cortex. The names of these zones can also be recalled by remembering "GFR" for glomerulosa, fasciculata, and reticularis.

The adrenal gland is composed of two embryologically distinct tissues that contain two different forms of signaling chemicals. One is the outer cortex of mesodermal origin, which produces steroid hormones. The other is a medulla that is derived from neuroectoderm and secretes catecholamines. In the 5th week of development, an isolated cluster of cells emerges within the urogenital ridge, identified as the adrenal-gonadal primordial germ cells. Mesothelial cells penetrate the mesenchymal layer and form fetal adrenal cortex and Leydig cells.[2][3]

Consequently, large acidophilic cells differentiate to form a primitive cortex. Smaller cells then migrate and engulf these acidophilic cells; they will proceed to form the definitive cortex. During the 7th week of development, neural crest cells formed at the apex of the neural folds migrate into the adrenal primordium via a ventral pathway. These cells enter the gland from the medial face and then differentiate into chromaffin cells centrally arranged in cords and masses. The cortex engulfs and gradually encapsulates the whole medulla in the later stages of embryonic development.[2][3]

At a molecular level, many factors were described to be essential for the development of adrenal glands. The most essential among them are steroidogenic factor-1, CITED-2, β-catenin, and others.[2][4]

As the adrenal glands produce various systemically-important hormones, they require significant blood supply and are extremely well vascularized. The blood supply is tightly controlled by neuroendocrine and paracrine mechanisms, which is one method of regulating the systemic levels of adrenal hormones.[5]

The three chief sources of blood supply to the adrenal glands include:

The function of the adrenal gland is mediated by both synaptic stimulation and hormonal stimulation. Adrenocorticotropic hormone (ACTH) secreted from the anterior pituitary gland activates the adrenal cortex. Subsequently, ACTH activates the respective cortical zones to generate corticosteroids.[3][12] However, the adrenal medulla is innervated by preganglionic nerve fibers (type B) arising from the intermediolateral cell column of the spinal cord's lateral horn from the T5–T8 spinal cord segments. These nerve fibers form the greater splanchnic nerve without entering the paravertebral sympathetic ganglion chain. Some of the nerve fibers from the greater splanchnic nerve synapse at the celiac ganglion. The blood vessels supplying the adrenal glands will then receive their innervation from the celiac ganglion's postsynaptic fibers.

On the other hand, some fibers of the greater splanchnic nerve circumvent the celiac ganglion and directly enter the adrenal gland to synapse at the chromaffin cells' membranes. This is the reason why the adrenal medulla acts as a neuroendocrine junction between the two physiological segments. The chromaffin cells release their neurohormones directly into the bloodstream to produce a widespread sympathetic response and apparently act as a special type of postsynaptic neuron.[3][13]

The presence of ectopic adrenal tissue has been well documented. If performing a surgical resection of the adrenal gland, care is necessary to assess any ectopic tissue. Ectopic cortical tissue is often present adjacent to the kidney or in the pelvis. Ectopic medullary tissue is located along the descending track of neural crest cells.[14][15]

The adrenal gland can fuse to the liver in a process referred to as adrenohepatic fusion. This fusion can complicate the right adrenalectomy, as the fusion makes freeing adrenal tissue more dangerous. In this case, surgical resection of the gland will often require hepatic vascular control to prevent excessive bleeding and/or liver damage.[16]

Adrenal tumors are also manageable with arterial embolization when surgery is either not indicated or deemed unsafe. Indications include palliative pain relief, tumor debulking, adrenal hemorrhages, and hyper-functioning adrenal masses in patients that wish to avoid surgery.[17]

The adrenal cortex is noteworthy in its use of cholesterol as a significant precursor for its hormones.

Pathological events of the cortex zones result in the following:

The adrenal medulla contains specialized cells known as chromaffin cells. These cells aggregate in small clusters around blood vessels. The chromaffin cells in the medulla synthesize epinephrine and norepinephrine. These sympathetic hormones have many physiological activities, including playing a role in the "fight or flight" response, increasing heart rate, the force of contraction of the heart, metabolic rate, and cognitive awareness.

For standardized test purposes, remember that MEN-II is associated with pheochromocytoma and medullary thyroid cancer.[18]

An algorithm for adrenal incidentaloma includes addressing if the tumor is functional.

Perform appropriate adrenal functional tests such as the low dose dexamethasone suppression test, plasma metanephrines, and plasma aldosterone. If these are positive, the patient will likely need adrenalectomy.

If the tests are negative, consider possible metastasis. Is there a history of primary cancer? If the answer is yes, can a biopsy confirm metastatic disease? Do not biopsy an adrenal incidentaloma unless there is a known history of cancer, which can lead to seeding a primary adrenal cancer from the biopsy into the surrounding tissues. Breast and lung cancer are the most common primary cancers metastasizing to the adrenal.

If there is no history of cancer and the adrenal incidentaloma is less than 4 cm, repeat CT in 4 to 6 months. If it is larger than 4 to 6 cm, perform a functional workup, and consider possible adrenalectomy.[19][20]

Typically, these masses are less than 4 cm.

A functional mass that produces functional hormones requires intervention, whether medical or surgical. These include: 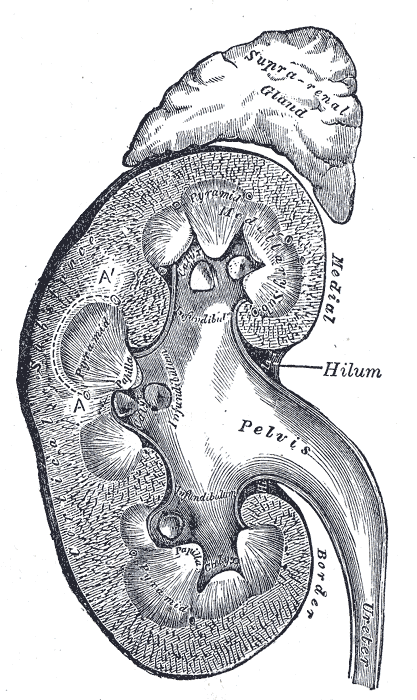 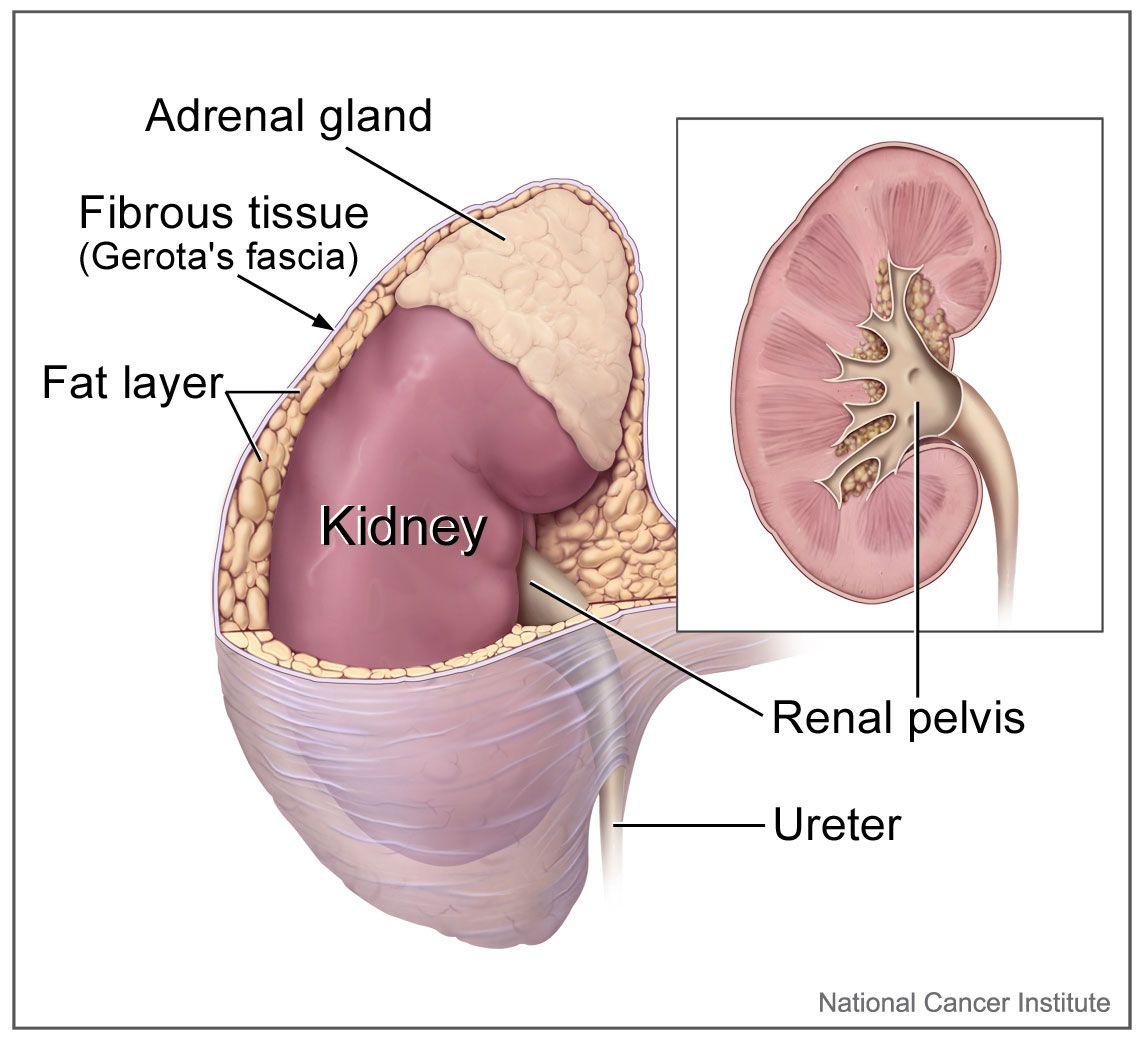 MERKLIN RJ,MICHELS NA, The variant renal and suprarenal blood supply with data on the inferior phrenic, ureteral and gonadal arteries: a statistical analysis based on 185 dissections and review of the literature. The Journal of the International College of Surgeons. 1958 Jan;     [PubMed PMID: 13502578]