Lichen planopilaris is an inflammatory, primary cicatricial alopecia that results in several different patterns of hair loss. It is considered a follicular variant of lichen planus. This activity reviews the evaluation and treatment of lichen planopilaris and highlights the role of the interprofessional team in improving care for patients with this condition.

Lichen planopilaris is the prototypical lymphocytic cicatricial alopecia, according to the North American Hair Research Society (NAHRS). It is considered a follicular variant of lichen planus, based on clinical and histopathological findings. The most widely accepted theory states that it is a hair-specific autoimmune disorder in which activated T-lymphocytes target follicular antigens.[4][5]

The incidence of any of the cicatricial alopecias is not precisely known. Lichen planopilaris has been reported as the most frequent primary scarring alopecia, accounting for 43% of people in a 72-patient series. Frontal fibrosing alopecia and Graham-Little syndrome are considered variants of lichen planopilaris. It affects women, usually between ages 40 to 60 years, more often than men. Up to 50% of patients may develop characteristic lichen planus lesions that affect the skin, mucous membranes, or nails.

Cell-mediated immunity plays a major role in triggering the clinical expression of lichen planopilaris. It is proposed that this cell-mediated reaction is potentially initiated by the action of an endogenous or exogenous agent, such as drugs, viruses, or contact sensitizers which bind to keratinocytes as well as follicular epithelium. Contact sensitizers such as metals including gold, mercury, and cobalt; could act as haptens and evoke an inflammatory reaction. Microorganisms that may play a role include the hepatitis C virus, human immunodeficiency virus (HIV), herpes simplex virus type 2, human papillomavirus, and syphilis. Drugs involved include antimalarial agents, gold, beta-blockers, thiazide diuretics, and angiotensin-converting enzyme inhibitors. After this initial trigger, keratinocytes and hair follicles may act as signal transducers, capable of converting these stimuli into producing cytokines and chemotactic factors for initiation and perpetuation of inflammation. Most infiltrated T-lymphocytes are located around the bulge area. Lineage studies have proven that bulge area cells are multipotent and that their progeny generates the new lower anagen hair follicle. The failure of affected follicles to regenerate is thought to be due to the destruction of follicular stem cells located in the bulge area.[6][7][8]

A band-like mononuclear infiltrate obscuring the interface between the follicular epithelium and the dermis is found. The epithelial-stromal junction may have prominent vacuoles and dyskeratosis with individually necrotic, polygonal basal keratinocytes. Inflammation affects the upper portion of the follicle most severely, but it may extend down the length of the follicle. Perifollicular fibrosis and chronic inflammation may be seen in later stages. Ultimately, follicles are replaced by columns of sclerotic collagen, called follicular scars. Such scars can be highlighted with elastic tissue stains. Grouped globular immunofluorescence, usually IgM, especially when found adjacent to the follicular epithelium, is the characteristic pattern seen in lichen planopilaris, in contrast to chronic cutaneous lupus erythematosus where linear deposits of immunoreactants are typical.[9]

The clinical course of hair loss in lichen planopilaris may be insidious or fulminant, and the pattern highly variable. Commonly, there are several scattered foci of partial hair loss with associated perifollicular erythema and scaling. A pattern of hair loss suggestive of central centrifugal alopecia or Brocq’s alopecia can also occur. The scalp lesions may be single or multiple, focal or diffuse, and occur anywhere on the scalp. Hair follicles around the margins of the bare areas show perifollicular erythema and perifollicular scale, in contrast to discoid lupus erythematosus, where follicular plugging is in the center of the active bare patch. A pull test may yield anagen hair in cicatricial alopecia, which is a useful sign of active disease that requires treatment. Symptoms of itching, burning, pain, and tenderness are often severe. Cutaneous, nail, and mucous membrane lichen planus may occur before, during, or after the onset of scalp involvement. The most characteristic trichoscopic feature of active lichen planopilaris is perifollicular scaling. Trichoscopy of inactive end-stage lichen planopilaris reveals small, irregularly shaped, whitish areas lacking follicular openings, called “fibrotic white dots,” and white areas of conducted fibrosis.

The diagnosis is based on the clinicopathologic correlation; it cannot be made only by clinical signs and symptoms alone. A 4-mm-deep punch biopsy specimen should be submitted for horizontal sectioning and hematoxylin-eosin staining. The best biopsy site is an active, symptomatic hair-bearing area with perifollicular erythema and perifollicular scale, located at the margin of a bare patch with a positive anagen pull test.

Treatment aims to reduce hair loss, control the symptoms, and stop the scarring process. Regrowth should not be expected since the complete elimination of inflammation is unlikely. As there are no consistent markers to measure the progress of the disorder, therapy is based on perceived severity and patient tolerance to treatment. The duration of treatment should be guided by clinical response and relapse rates. General measures include avoiding chemical or physical insults to the hair (coloring or perming). Contrary to many patients' beliefs, the frequency of shampooing does not make a difference in the total number of hairs lost. Potent corticosteroids and topical tacrolimus are commonly used in all forms of primary cicatricial alopecia and are frequently considered first-line treatments. Antimalarial drugs are commonly used to treat lichen planopilaris. Hydroxychloroquine 200 mg twice daily is generally used and is often considered first-line systemic therapy. Improvement is usually seen within 6 months. Minoxidil helps maximize the hair growth of the remaining follicles. A new scoring system to assess response to treatment (lichen planopilaris activity index) has been proposed to document the course and response to treatment. It assigns numeric values to subjective and objective markers of the disease: symptoms (pruritus, pain, burning) and signs (erythema, perifollicular erythema, perifollicular scale), a measure of the activity (anagen pull test), and spreading of the condition. It intends to allow statistical comparison of pretreatment and posttreatment response.

The most important differential diagnosis may be seborrheic dermatitis since many patients have a long history of scalp scaling often diagnosed initially as seborrheic dermatitis. Sudden onset of patchy hair loss on the scalp may be diagnosed as alopecia areata, but when only partial hair loss, perifollicular erythema, and scaling are present within the patch, lichen planopilaris should be the main diagnostic suspect.

It is important to note that even if primary scarring alopecia is controlled for a prolonged period, it may recur at any time.

Lichen planopilaris is best managed by a dermatologist. However, the patient may initially be seen by a general physician or nurse practitioner. These clinicians need to refer patients with complex skin disorders to the respective specialist for treatment. Coordination between this interprofessional team will improve outcomes. [Level 5] Treatment aims to reduce hair loss, control the symptoms, and stop the scarring process. Regrowth should not be expected since the complete elimination of inflammation is unlikely. As there are no consistent markers to measure the progress of the disorder, therapy is based on perceived severity and patient tolerance to treatment. The duration of treatment should be guided by clinical response and relapse rates. General measures include avoiding chemical or physical insults to the hair (coloring or perming). Some patients may benefit from hydroxychloroquine and minoxidil but a complete response is rare. Improvement, when it occurs, may take 6 to 9 months or even longer. 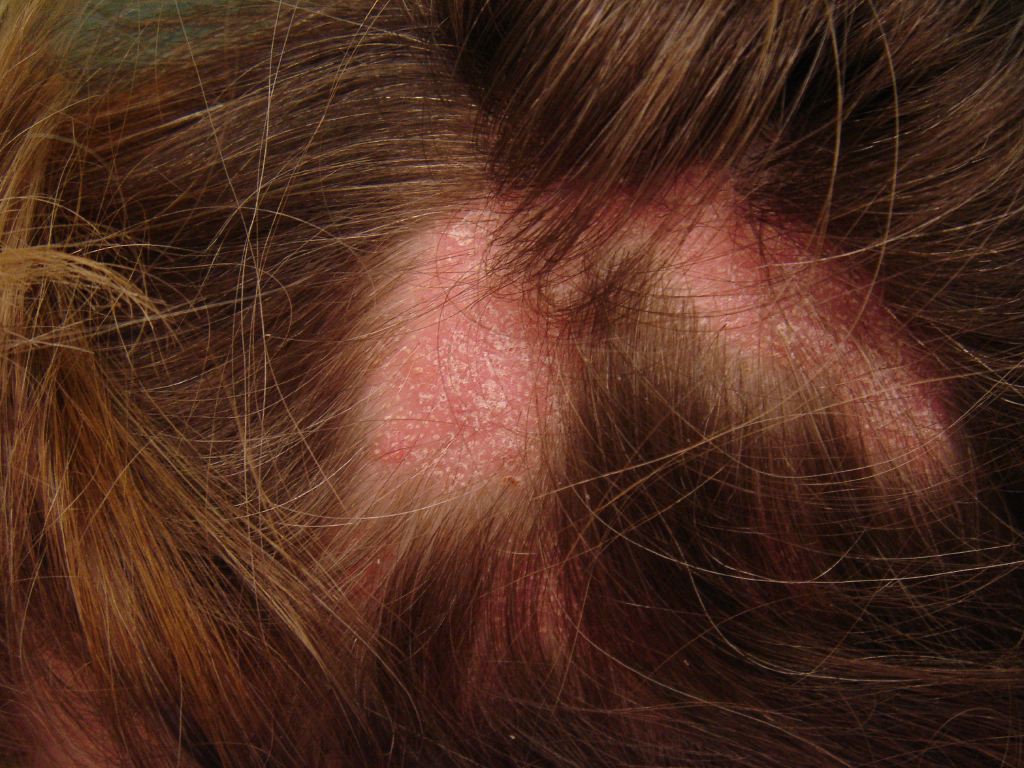 Hu AC,Chapman LW,Mesinkovska NA, The efficacy and use of finasteride in women: a systematic review. International journal of dermatology. 2019 Jul     [PubMed PMID: 30604525]