Mexiletine is largely used to suppress ventricular arrhythmias and has a role in peripheral neuropathy and chronic pain, although the use for either is limited and seldom given its extensive side effect profile. The 2017 American College of Cardiology/American Heart Association Task Force on Clinical Practice Guidelines and the Heart Rhythm Society guidelines for ventricular arrhythmias published information regarding the use of mexiletine in patients with long QT syndrome type 3 presenting with Torsades de pointes. Additionally, it can be used in myotonic dystrophy to alleviate muscle pain and severe myotonia. This activity will highlight the mechanism of action, adverse event profile, pharmacology, monitoring, and relevant interactions of mexiletine, pertinent for members of the interprofessional team in treating patients with conditions where it is of clinical value.

Additionally, it can be used in myotonic dystrophy to alleviate muscle pain and severe myotonia.[6][7][8] Mexiletine, alone or in combination with other antiarrhythmic drugs is particularly useful in patients with refractory arrhythmias, abolishing spontaneous or inducible ventricular fibrillation in almost 20-50% of patients with refractory ventricular arrhythmias. [9]

Relative to nerve cells, blocking sodium channels disrupts the resting membrane potential, causing inhibition of the propagation of electrical impulses. Mexiletine increases the ratio of effective refractory period to action potential duration but unlike drugs, like quinidine, it does not have an effect on QRS or QT/QTc potential.[9]

It is important to note that metabolites of mexiletine were also studied, specifically meta-hydroxymexiletine (MHM). MHM is one of the metabolites of mexiletine through the CYP2D6 system. Mexiletine has been approved for use since 1969.[1] In 2012, Catalano et al. published a paper stating the MHM can be synthesized. Additionally, they published toxicopharmacological properties on MHM and compared it to the parent compound, mexiletine, in the in vitro setting. They report that MHM possesses about two times the blocking activity of mexiletine on cardiac sodium channels but did not impair motor coordination and showed no cytotoxicity compared to mexiletine. With the potential to have a more favorable side effect profile than mexiletine, MHM warrants further studies and research in the use of neuropathic pain and arrhythmias as a safer alternative to mexiletine.[13]

Lei et al discuss a modern classification of antiarrhythmic drugs, incorporating advances that have been made since the original Vaughan Williams classification was introduced in 1970. [14] It incorporates findings related to Nav1.5 which is preferentially expressed in atrial, Purkinje conducting and ventricular as opposed to SAN and AVN cardiomyocyte. Class Ib drugs bind preferentially to the Nav1.5 inactivated state from which they dissociate relatively rapidly making class Ib drugs particularly effective in reducing ventricular arrhythmias due to Nav 1.5 channels remaining inactive for the longest duration in ventricular tissue. [10]

Mexiletine is predominantly metabolized by the liver with an elimination half-life of 9 to 12 hours.[2]

The adverse effect profile of mexiletine is extensive and limits its use.  It affects nearly every organ system; most notably, it has significant cardiovascular and central nervous system (CNS) side effects and affecting the gastrointestinal (GI), musculoskeletal, dermatologic systems.

Cardiovascular adverse effects include bradycardia, palpitations, angina, ventricular premature contractions, heart block, hypotension, and exacerbation of cardiac arrhythmias. [15]CNS adverse effects include dizziness, ataxia, abnormal gait, numbness, paresthesias, confusion, headache, and tremors. GI adverse effects include the risk of pill-induced esophagitis, nausea, vomiting, constipation, diarrhea, and abdominal pain. The musculoskeletal system can exhibit weakness, arthralgias, and tremors, which is often a pertinent sign when considering the toxicity of mexiletine. Dermatologic manifestations include a spectrum of skin rashes, from benign rashes to being a component of drug reactions with eosinophilia and systemic symptoms (DRESS) and Stevens-Johnson syndrome. Reports also exist in the literature of further severe adverse effects of hepatotoxicity, leukopenia, agranulocytosis, and thrombocytopenia.

Mexiletine carries a black box warning related to the findings of the Cardiac Arrhythmia Suppression Trial (CAST) published in 1989, where suppression of asymptomatic, non-life-threatening ventricular arrhythmias in post-myocardial infarction patients lead to excessive mortality than the placebo group. Though this study used class 1C antiarrhythmics for suppression, the results extrapolate across all class 1 antiarrhythmics.[16]

The absolute contraindications to using mexiletine include untreated second or third-degree heart block, cardiogenic shock, and hypersensitivity to the drug or drug class. It should be used cautiously in a patient with conduction abnormalities that are not second or third-degree heart blocks or heart failure.[17][18][15] The liver metabolizes mexiletine, and its use requires caution in any hepatic impairment as it may increase the half-life and risk of toxicity.[2] Electrolyte abnormalities can increase the risk of developing new arrhythmias and should undergo stabilization, especially in hypokalemia cases, before using mexiletine.

Mexiletine metabolism is affected by CYP2D6 and CYP1A2 enzymes. Drugs affecting these enzyme levels can potentially affect mexiletine levels, for example, phenytoin, rifampin, or phenobarbital can decrease mexiletine levels whereas cimetidine can increase the levels. Close monitoring for drug interaction is essential. [19]

Given the nature of mexiletine and potential side effects, cardiac, hepatic, and metabolic monitoring is necessary while on this drug. ECG should be used to monitor QRS and QTc intervals and the development of any evidence of heart block. Liver function tests should be monitored for evaluation of hepatic function as the drug gets metabolized hepatically. Electrolytes, particularly potassium and magnesium, should be monitored and replaced accordingly.

Moreover, clinical monitoring is necessary, as well. Any development of a symptom or sign after starting mexiletine should undergo a thorough evaluation to ensure that toxicity is not occurring. For example, patients presenting with a newly developing tremor may be exhibiting signs of toxicity.  Mexiletine serum levels are also obtainable. However, it is not a common practice and is expensive.

Toxicity is common with mexiletine and can manifest in several organ systems. Cardiovascular, CNS, and GI-related symptoms most commonly occur. Cardiovascular toxicity can present as varying degrees of heart block, heart failure, exacerbation of cardiac arrhythmias, and cardiac arrest.[15] Central nervous system-related symptoms include lightheadedness, fatigue, confusion, the presence of tremors, and seizures. Gastrointestinal symptoms are highly variable but can include xerostomia, nausea/vomiting, and diarrhea. Mexiletine has a half-life of 10 to 12 hours and is metabolized by the liver with small amounts, about 10% of the administered dose, of excretion in the urine. Thus, toxicity is much more prevalent in the setting of liver failure as metabolism is largely impaired.

Management of mexiletine toxicity is by symptomatic treatment. Without question, discontinue mexiletine when toxicity presents. Depending on the severity of the toxicity, patients may require invasive therapy to clear the drug, such as hemodialysis or hemoperfusion. Denaro published a paper in 1989 stating that such interventions may play a role, in addition to extracorporeal circulatory assistance where available.[20] Regardless, patients are supported until toxic drug effects subside.

As toxicity is common with mexiletine, the entire interprofessional healthcare team, including nurses, pharmacists, nurse practitioners, physician assistants, and clinicians, should work together to monitor the patient for toxic effects that can manifest across several organ systems. Before initiating therapy, the clinician (MD, DO, PA, NP) should consult with a pharmacist, checking for contraindications, drug interactions, and verifying dosing. Nurses will be instrumental in follow-up care, counseling patients on dosing and administration, answering patient questions, and monitoring for adverse events, alerting the prescriber of any potential issues they encounter. For the best patient outcome, regular follow-up and a reporting structure should be in place so that the interprofessional healthcare team works in a coordinated fashion to provide the best patient outcome. [Level 5] 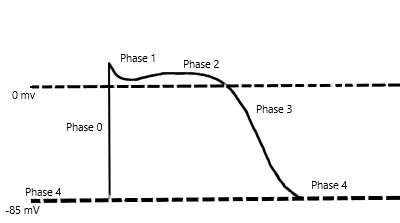 Monk JP,Brogden RN, Mexiletine. A review of its pharmacodynamic and pharmacokinetic properties, and therapeutic use in the treatment of arrhythmias. Drugs. 1990 Sep;     [PubMed PMID: 2226221]