Amatoxin containing mushrooms are a rare but significant cause of acute fulminant liver failure. However, not all Amanita species have this toxin, and other mushroom species besides Amanita have the amatoxin. (Table) Ninety-five percent of deaths from mushroom ingestions worldwide are from amatoxin-containing mushrooms. This activity highlights the pathophysiology, presentation, and diagnosis of amatoxin mushroom toxicity and highlights the role of the interprofessional team in the management of these patients.

Amatoxin containing mushrooms are a rare but significant cause of acute fulminant liver failure. However, not all Amanita species have this toxin, and other mushroom species besides Amanita have the amatoxin. (Table) Ninety-five percent of deaths from mushroom ingestions worldwide are from amatoxin-containing mushrooms.[1][2][3]

Certain mushrooms frequently are mistaken for an edible mushroom when people are foraging. Amanita phalloides (Death cap), the species associated with the most fatalities, often are mistaken for the paddy straw mushroom.

Other Amanita species such as Amanita smithiana contain a renal toxin, and Amanita muscaria and Amanita pantherina have isoxazole toxins, causing alterations in mental status but no liver or renal injury.

Amanita poisoning occurs because most people are not able to tell which mushrooms species are safe for consumption when foraging. Also, certain people seek psychotropic mushrooms to get a “high” but mistakenly ingest amanita mushrooms. Amanita mushrooms have no distinct taste or odor but are large (5 cm to 15 cm) and often indistinguishable in color or appearance from edible species.[3]

The amanitin toxin is heat stable, remaining toxic whether eaten raw or cooked. The mechanism of action of amatoxin is by inhibiting RNA polymerase, causing disruption of transcription of mRNA. As a result, hepatocytes cannot synthesize key protein coding genes, leading to the disintegration of nucleoli and pathologically centrilobular hepatic necrosis. This leads to the insidious onset of liver failure over 48 hours. Late onset (more than six hours after ingestion) of vomiting and watery diarrhea occur due to the second component in some of these mushrooms which are phallotoxin. Lepiota species lack phallotoxins so may not have the onset of vomiting and diarrhea until after 12 hours post-ingestion, or may just present with symptoms of liver failure at 24 hours post ingestion.[4]

Amatoxins are rapidly absorbed from the intestine and transported into the liver by OATP transporters. Once in the hepatocyte they start to inhibit RNA polymerase. It takes about 24 hours before any signs or laboratory indicators of liver injury begin to appear.

The course of Amanita toxicity has three phases:

All ingestions of suspected liver-toxic mushrooms should have a complete chemistry panel to include liver function tests and a baseline INR.[5]

The treatment of Amatoxin mushroom toxicity is predominately supportive care. There is no specific antidote. The patient must have two large bore IVs and fluid loss, electrolyte deficiency, and glucose should be normalized. If the patient presents early (within two to four hours,) decontamination with oral activated charcoal may be performed. Once the stomach is empty, nausea should be treated if needed.[1][2]

Several agents have been used and have anecdotal support in the literature:

In selected cases, once a severe liver injury occurs, despite aggressive fluid resuscitation and supportive care, a liver transplant may be the only life-saving option. Rapid progression to hepatic encephalopathy, hepatorenal syndrome, or coagulopathy are indications for liver transplantation. Consideration to transfer to a liver transplant setting and intensive care unit care should be done early in the course of mushroom ingestions.

When renal failure occurs, dialysis should be used, but its use even early after an ingestion does not remove Amatoxin from the blood.

Confirmatory testing of amatoxin exposure is rarely available and relies on a strong supporting history. Thus, appropriate consideration should be given to other causes of acute hepatitis and liver failure such as acetaminophen overdose, infection, and autoimmune disorders.

A regional poison control center or medical toxicologist should be consulted in cases of amatoxin-containing mushroom exposure or suspected amatoxin hepatotoxicity. Additionally, poison control centers often collaborate with local mycologists who may be able to aid in mushroom identification.

The prognosis is dependent on the mushrooms ingested and the amount of time it takes to seek care.

Death is rare if treatment is started immediately, and although fatalities continue to be reported, they occur in less than 5% of all cases in developed countries with early access to intensive care.

The diagnosis of amatoxin poisoning can be made by the classic clinical course of rising liver transaminases within two to three days of foraging for mushrooms.

Certain specialty laboratories can measure serum concentrations of amatoxin in blood, but the test is not reliable and often negative once symptoms begin.

Mushroom poisoning is not very common in the US but the toxicity can be very serious. Because the toxin can affect many organs in the body, an interprofessional team approach is necessary to make the diagnosis and manage the poisoning. The key factor that determines the outcome is the amount consumed. Data also indicate that there are some individual variations in absorption; children tend to absorb higher doses of the toxin compared to adults and consequently have a much higher morbidity and mortality. The mortality rates following mushroom poisoning have dropped significantly in the US but liver failure appears to be a common adverse complication. There are reported cases where individuals have required an immediate liver transplant as a lifesaving measure. The key to preventing mushroom poisoning is education of the public. In some cases, the mushrooms are safe but have been sprayed with toxic pesticides, hence thorough washing of the food is essential. There is no single test that can determine which mushroom is toxic; the best advice is do not eat wild mushrooms but instead buy them from a grocery store.[6][7][6] (Level V) 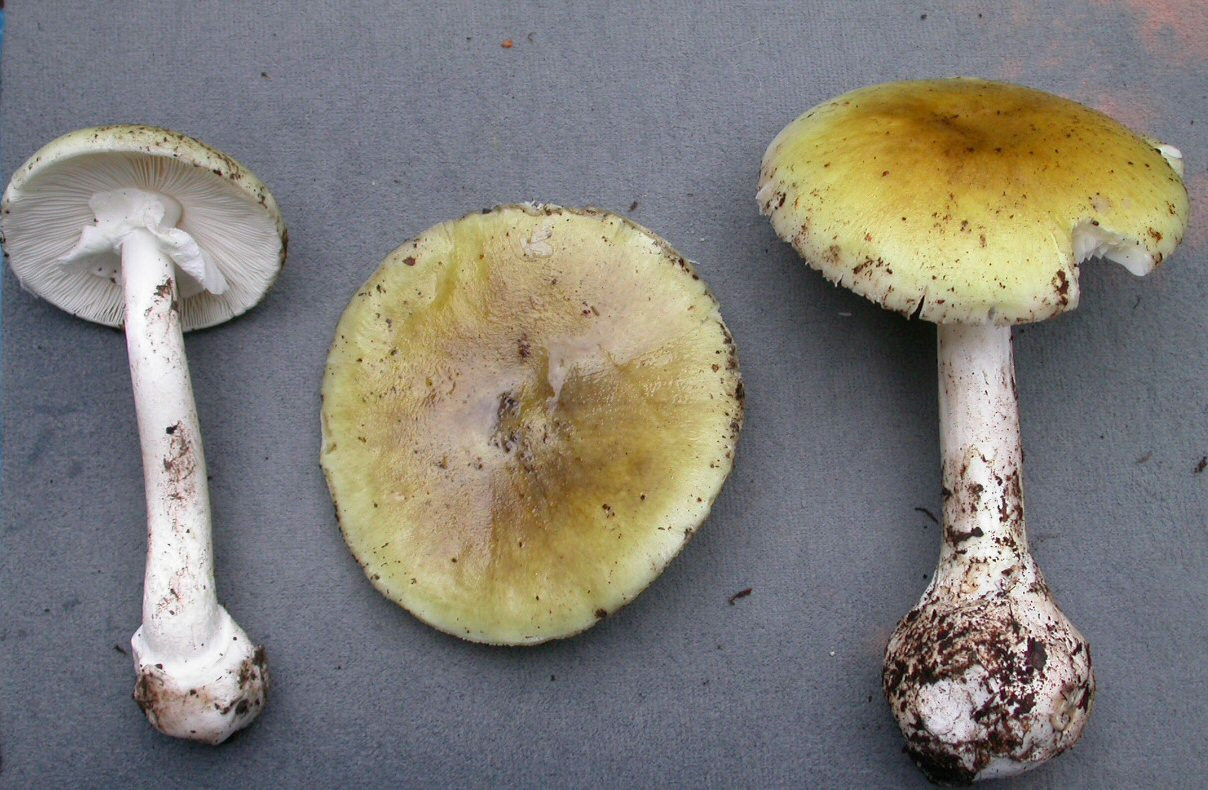