Thalassemia is a heterogeneous group of blood disorders affecting the hemoglobin genes and resulting in ineffective erythropoiesis. The decreased production of hemoglobin results in anemia in early age and frequent blood transfusions are required to keep up the hemoglobin levels. This activity outlines the evaluation and treatment of thalassemia and highlights the role of an interprofessional team in managing the patients with this condition.

Thalassemias are a heterogeneous grouping of genetic disorders that result from a decreased synthesis of alpha or beta chains of hemoglobin (Hb). Hemoglobin serves as the oxygen-carrying component of the red blood cells. It consists of two proteins, an alpha, and a beta. If the body does not manufacture enough of one or the other of these two proteins, the red blood cells do not form correctly and cannot carry sufficient oxygen; this causes anemia that begins in early childhood and lasts throughout life. Thalassemia is an inherited disease, meaning that at least one of the parents must be a carrier for the disease. It is caused by either a genetic mutation or a deletion of certain key gene fragments.

Alpha thalassemia is caused by alpha-globin gene deletion which results in reduced or absent production of alpha-globin chains. Alpha globin gene has 4 alleles and disease severity ranges from mild to severe depending on the number of deletions of the alleles. Four allele deletion is the most severe form in which no alpha globins are produced and the excess gamma chains (present during the fetal period) form tetramers. It is incompatible with life and results in hydrops fetalis. One allele deletion is the mildest form and is mostly clinically silent.

Beta thalassemia results from point mutations in the beta-globin gene. It is divided into three categories based on the zygosity of the beta-gene mutation. A heterozygous mutation (beta-plus thalassemia) results in beta-thalassemia minor in which beta chains are underproduced. It is mild and usually asymptomatic. Beta thalassemia major is caused by a homozygous mutation (beta-zero thalassemia) of the beta-globin gene, resulting in the total absence of beta chains. It manifests clinically as jaundice, growth retardation, hepatosplenomegaly, endocrine abnormalities, and severe anemia requiring life-long blood transfusions. The condition in between these two types is called beta-thalassemia intermedia with mild to moderate clinical symptoms.

The excess unpaired alpha-globin chains in beta-thalassemia aggregate and form precipitates that damage red cell membranes and result in intravascular hemolysis. This premature death of erythroid precursor cells leads to ineffective erythropoiesis and later results in extramedullary expansion of hematopoiesis.

Hemoglobin (HbE) is also a common Hb variant found in Southeast Asia population. It has a correlation with a beta-thalassemia phenotype, as people with thalassemia in this territory are commonly found to have HbE.

Thalassemia is autosomal recessive, which means both the parents must be affected with or carriers for the disease to transfer it to the next generation. It is caused by mutations or deletions of the Hb genes, resulting in underproduction or absence of alpha or beta chains. There are over 200 mutations identified as the culprits for causing thalassemias. Alpha thalassemia is caused by deletions of alpha-globin genes, and beta thalassemias are caused by a point mutation in splice site and promoter regions of the beta-globin gene on chromosome 11.[4]

Thalassemia presentation varies widely depending on the type and severity. A complete history and physical examination can give several clues that are sometimes not obvious to the patient themselves. The following findings can be noted:

Skin can show pallor due to anemia and jaundice due to hyperbilirubinemia resulting from intravascular hemolysis. Patients usually report fatigue due to anemia as the first presenting symptom. Extremities examination can show ulcerations. Chronic iron deposition due to multiple transfusions can result in bronze skin.

Extramedullary expansion of hematopoiesis results in deformed facial and other skeletal bones and an appearance known as chipmunk face.

Iron deposition in cardiac myocytes due to chronic transfusions can disrupt the cardiac rhythm, and the result is various arrhythmias. Due to chronic anemia, overt heart failure can also result.

Chronic hyperbilirubinemia can lead to precipitation of bilirubin gall stones and manifest as typical colicky pain of cholelithiasis. Hepatosplenomegaly can result from chronic iron deposition and also from extramedullary hematopoiesis in these organs. Splenic infarcts or autophagy result from chronic hemolysis due to poorly regulated hematopoiesis.

Hepatic involvement is a common finding in thalassemias, particularly due to the chronic need for transfusions. Chronic liver failure or cirrhosis can result from chronic iron deposition or transfusion-related viral hepatitis.

Anemia can inhibit a child's growth rate, and thalassemia can cause a delay in puberty. Particular attention should focus on the child's growth and development according to age.

Iron overload can lead to its deposition in various organ systems of the body and resultant decreased functioning of the respective systems. The deposition of iron in the pancreas can lead to diabetes mellitus; in the thyroid or parathyroid glands can lead to hypothyroidism and hypoparathyroidism, respectively. The deposition in joints leads to chronic arthropathies. In the brain, iron prefers to accumulate in the substantia nigra and manifests as early-onset Parkinson's disease and various other physiatry problems. These symptoms fall in the vast kingdom of hemochromatosis.[5]

Several laboratory tests have been developed to screen and diagnose thalassemia:

Complete blood count (CBC): CBC is often the first investigation in a suspected case of thalassemia. A CBC showing low hemoglobin and low MCV is the first indication of thalassemia, after ruling out iron deficiency as the cause of anemia. The calculation of the Mentzer index (mean corpuscular volume divided by red cell count) is useful. A Mentzer lower than 13 suggests that the patient has thalassemia, and an index of more than 13 suggests that the patient has anemia due to iron deficiency.[6]

Hemoglobinopathy (Hb) assessment is used for prenatal screening when parents are at high risk for hemoglobin abnormalities and state-mandated newborn hemoglobin screening.

DNA analysis: These tests serve to help confirm mutations in the alpha and beta globin-producing genes. DNA testing is not a routine procedure but can be used to help diagnose thalassemia and to determine carrier status if needed.

Since having relatives carrying mutations for thalassemia increases a person's risk of carrying the same mutant gene, family studies may be necessary to assess carrier status and the types of mutations present in other family members.

Genetic testing of amniotic fluid is useful in those rare instances where a fetus has an increased risk for thalassemia. This is particularly important if both parents likely carry a mutation because that increases the risk that their child may inherit a combination of abnormal genes, causing a more severe form of thalassemia. Prenatal diagnosis with chorionic villi sampling at 8 to 10 weeks or by amniocentesis at 14 to 20 weeks’ gestation can be carried out in high-risk families.[7][6]

Multisystem evaluation: Evaluation of all related systems should be done on a regular basis due to their frequent involvement in the disease progression. Biliary tract and gall bladder imaging, abdominal ultrasonography, cardiac MRI, serum hormone measurements are a few examples that can be done or repeated depending on the clinical suspicion and case description.

Thalassemia treatment depends on the type and severity of the disease.

Signs and symptoms are generally mild with thalassemia minor and little if any, treatment is needed. Occasionally, patients may need a blood transfusion, particularly after surgery, following childbirth, or to help manage thalassemia complications.

Moderate to severe thalassemia (Hb less than 5 to 6g/dl):

Reports exist that drinking tea aids in reducing iron absorption from the intestinal tract. So, in thalassemia patients tea might be a healthy drink to use routinely. Vitamin C helps in iron excretion from the gut, especially when used with deferoxamine. But using vitamin C in large quantities and without concomitant deferoxamine use, there is a higher risk for fatal arrhythmias. So, the recommendation is to use low quantities of vitamin C along with iron chelators (deferoxamine).[10]

Thalassemia minor is usually asymptomatic and has a good prognosis. It normally does not increase morbidity or mortality.

Thalassemia major is a severe disease, and the long-term prognosis depends on the treatment adherence to transfusion and iron chelation therapies.[11]

Patients should be educated to keep a check on their disease by following an appropriate treatment plan and adopting healthy living habits.

Patients should also receive education about the hereditary nature of the disease. If both parents have thalassemia minor, there is a 1/4th chance that they will have a child with thalassemia major. If one parent has beta-thalassemia minor and the other parent has some form of beta-globin gene defect, i.e., sickle cell defect, they should also be counseled about the possibility of disease transfer to their children. Patients with thalassemias should understand that their disease is not due to iron deficiency and that iron supplements will not cure the anemia; in fact, it will lead to more iron buildup if they are already receiving blood transfusions.[14]

Thalassemia has negative repercussions for many organs, and without a cure, it has high morbidity. The disorder is best managed by an interprofessional team that includes a thalassemia care team, cardiologist, hepatologist, endocrinologist, and psychologist. Also, family care, nursing support, and social support are an integral part of the management. A lead consultant should be in charge of the patient care, and a nurse specialist, along with other specialists in the respective fields, should be involved to cover all the aspects of the disease. Patient education is crucial, and social worker involvement, including a geneticist, is essential. In some parts of the world, preventive strategies include prenatal screening, restrictions on issuing marriage licenses to two people with the same disease. The screening of children and pregnant women who visit clinicians is an effective strategy to limit the disease morbidity. The social worker should ensure that the caregiver/patient has adequate support and financial resources so that they can continue with treatment. Nurses should educate patients on the importance of treatment compliance to avoid serious complications, as well as monitoring treatment progress. Pharmacists may soon play a greater role as there are new drug products to assist in gene therapy on the horizon that can eliminate the need for ongoing transfusions.

Active collaboration and discussion between interprofessional team members help in the better understanding of the progression or control of the disease.[Level 5] 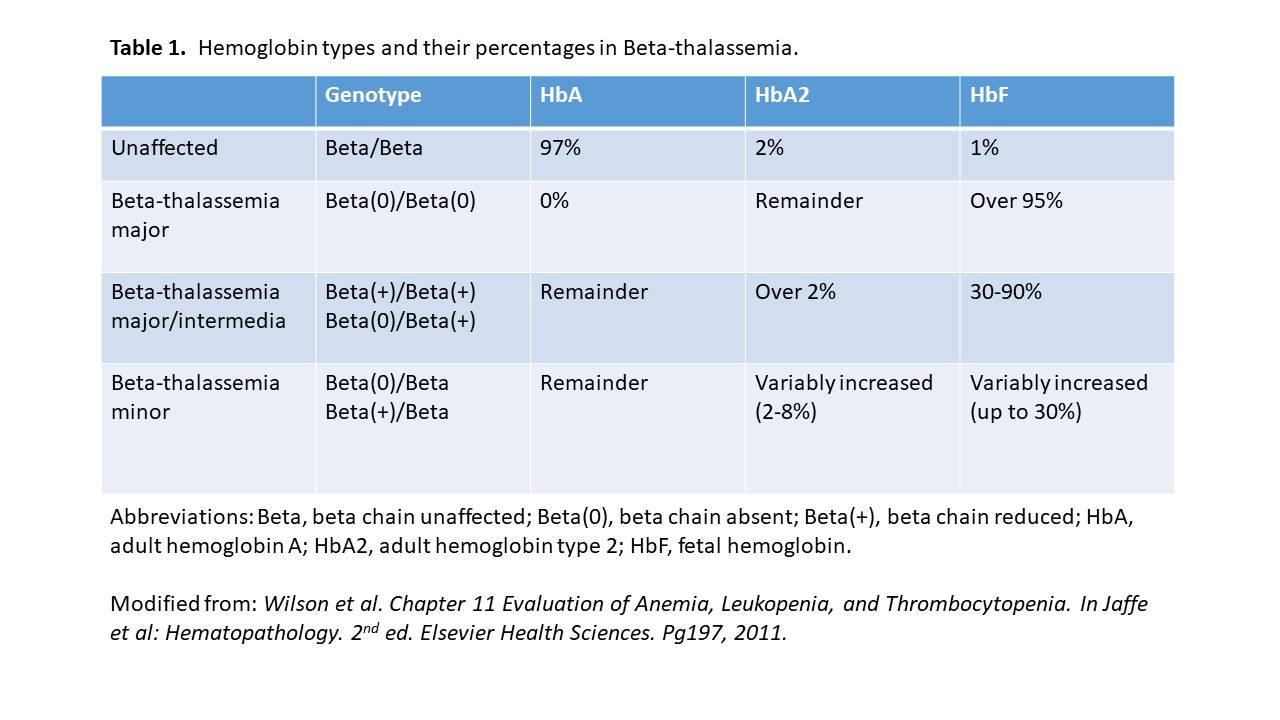 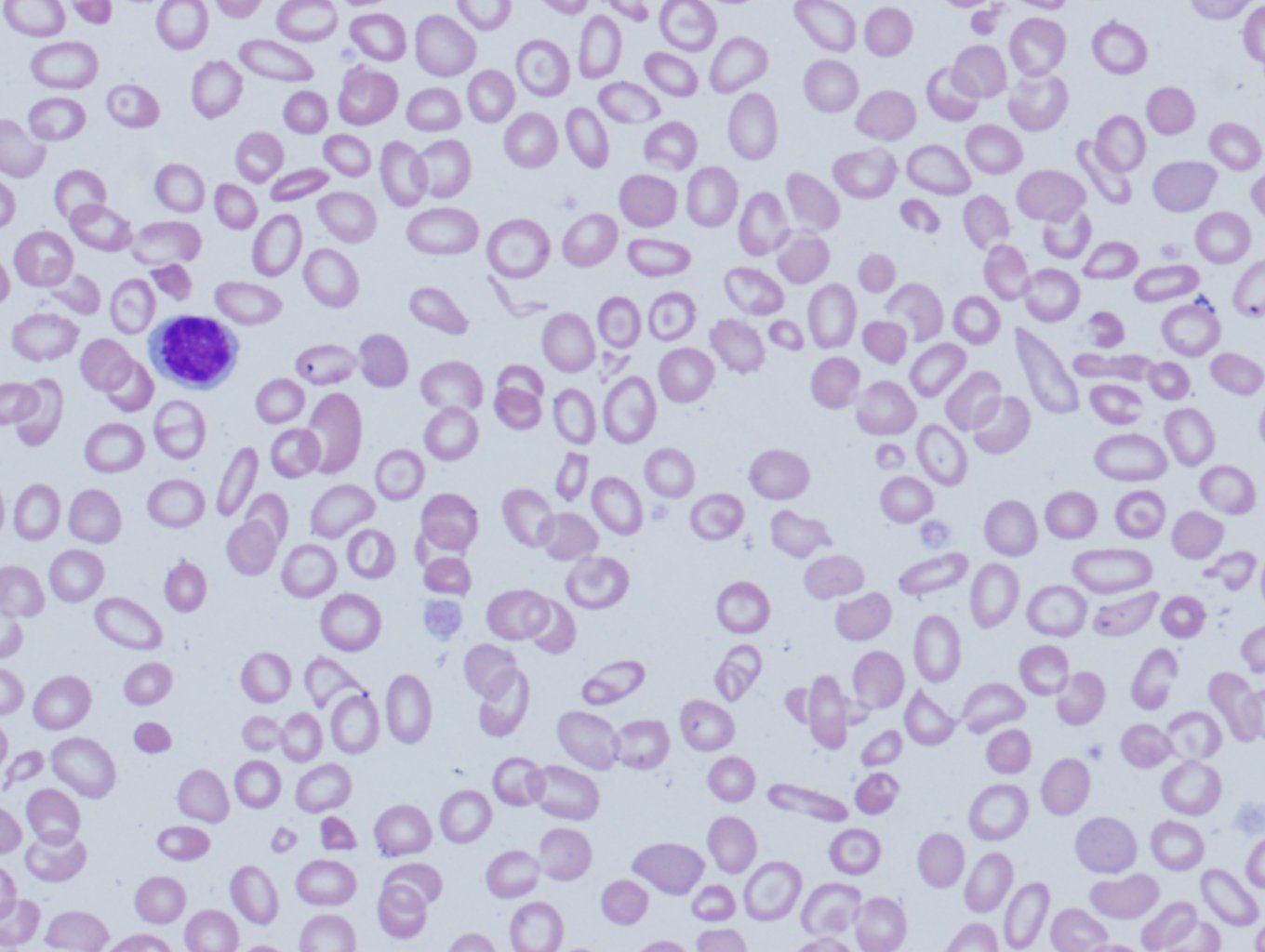 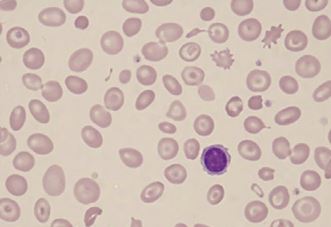 Singha K,Taweenan W,Fucharoen G,Fucharoen S, Erythrocyte indices in a large cohort of β-thalassemia carrier: Implication for population screening in an area with high prevalence and heterogeneity of thalassemia. International journal of laboratory hematology. 2019 May 17;     [PubMed PMID: 31099487]