The hemoglobin molecule contains an important protein called heme. Structurally, the heme contains four pyrrole rings joined by four methine bridges at the alpha position with an iron atom at the center of the ring.[5] As a result of this protein molecule, the hemoglobin can perform its function of carrying oxygen to tissues. Other functions of the heme apart from the formation of hemoglobin include gas sensing, signal transduction, biological clock, circadian rhythm, and micro RNA processing.[6]

Sideroblastic anemia is a result of abnormal erythropoiesis during heme production. 85% of heme is produced in the cytoplasm and mitochondria of the erythroblast cells while the remaining is produced in hepatocytes.[5]  In the Shemin pathway, eight different enzymes help to coordinate heme synthesis. These enzymes include aminolevulinic acid synthase ALAS, porphobilinogen synthase, porphobilinogen deaminase, uroporphyrinogen III synthase, uroporphyrinogen decarboxylase (UROD), coproporphyrinogen oxidase (CPOX), protoporphyrinogen oxidase (PPOX), and ferrochelatase (FECH).[5] There are two forms of sideroblastic anemia-hereditary and acquired.

Sideroblastic anemia has two forms. The first, which is hereditary, is caused by mutations in genes that are involved in heme synthesis, iron-sulfur cluster biogenesis, or mitochondrial metabolism.[7] For heme synthesis, the gene defect is on the x chromosome, forming mutations in the aminolevulinate synthase (ALAS2), adenosine triphosphate-binding cassette B7 (ABCB7) or glutaredoxin 5 (GRLX5) enzymes. Other causes include mutations in the mitochondrial transporter (SLC25A38), thiamine transporter SLC19A2, RNA modifying enzyme pseudouridine synthase (PUS1), mitochondrial tyrosyl-tRNA synthase (YARS2) and mitochondrial DNA deletions.[8] The most common cause of hereditary sideroblastic anemia, however, is the X-linked type caused by a mutation of the gene forming ALAS2 enzyme.[7] The ALAS2, SLC25A38, GLRX5, HSPA9, ABCB7 genes when mutated cause microcytic anemia while the mitochondria, SLC19A2, PUS1, YARS2, TRNT1 genes when mutated cause macrocytic anemia.[9] The x-linked mutation causes microcytic anemia, and mitochondrial DNA deletions cause macrocytic anemia.[3]Acquired sideroblastic anemia may arise from primary or secondary causes. Primary causes include clonal hematologic disorders which include myelodysplastic syndrome with ring sideroblast (MDS-RS) and refractory anemia with ring sideroblasts RARS.[1] The former is due to a mutation in the splicing factor 3b subunit 1 (SF3B1) gene which is a vital component of RNA splicing complex. Recently RARS with ring sideroblast is now classified under the MDS-RS, and the RARS with thrombocytosis is now classified as a myelodysplastic, myeloproliferative neoplasm with RS and thrombocytosis (MDS/MPN-RS-T).[10]

Secondary causes are due to drugs, toxins, copper deficiency or chronic neoplastic disease.[1] Most common drugs that are known to cause sideroblastic anemia are antibiotics, hormones, copper-chelating agents and chemotherapy. Patnaik et al. (2017) mention that alcohol use, lead toxicity, isoniazid use also contribute to sideroblastic anemia.[11]

Sideroblastic anemia is considered a rare disease.[12] By definition, rare diseases affect fewer than 200,000 people in the US population. Due to the low incidence and prevalence, researchers do not have definite statistical data on the epidemiology of the disorder.

It is important to understand the pathophysiology of sideroblastic anemia, heme biosynthesis, and the consequences of the defective enzyme/transport genes. Before glycine gets to join the succinyl-CoA, it is transported by the mitochondrial transporter into the mitochondria by SLC25A38.[5] The first step in the synthesis of heme is the joining of glycine with succinyl-coenzyme A (succinyl-CoA) to form aminolevulinic acid (ALA) in the mitochondria. ALA is synthesized by the enzyme aminolevulinic acid synthase. ALA is then transported to the cytosol. The inability to form ALA due to a defect in the enzyme ALAS2 that catalyzes the reaction leads to heme deficiency and sideroblastic anemia.[5] The ABCB7 and the GLRX5 mutations also cause heme deficiency but in a different pathway which is explained below.[2]  Just like these common mutations, other genes have various functions, and their deficiencies contribute to the development of sideroblastic anemia.

Clonal hematologic disorders such as myelodysplastic syndrome with ring sideroblast,  are caused by SF3B1 gene mutation. SF3B1 is one of the spliceosome proteins that are inserted into the spliceosome during the arrangement of a pre-splicing complex to become a type of U2 snRNP.[11]The the function of this gene is to help join the U2 snRNP to the pre-mRNA, and it also helps in the formation of intermolecular helix between 5' end of the U2 and the 3' end of the U6 snRNAs.[11]

Sideroblastic anemia is diagnosed by the presence of ring sideroblasts in the bone marrow. The red blood cells that contain these iron inclusions are called siderocytes.[2] On complete blood count, the patient's mean corpuscular volume is low showing microcytosis; low mean corpuscular hemoglobin and increased red blood cell distribution width.[2] When the presence of ring sideroblast is confirmed using Perl's reaction, patient bone marrow should be checked for dysplasia and SF; if present, then the patient most likely has clonal hematologic disorders such as myelodysplastic syndrome. If absent, the patient either has congenital or secondary acquired sideroblastic anemia. Sometimes, patients will present with even macrocytic anemia in case of RARS.[2] Genetic testing should also be considered if secondary acquired sideroblastic anemia have been ruled out, and the cause of the sideroblastic anemia is unknown.

The management of sideroblastic anemia depends on severity. For patients with a mild or asymptomatic presentation, physicians can follow up in the outpatient clinic. For patients diagnosed with the X-linked sideroblastic anemia, oral pyridoxine 50-100mg/day has been proven to partially or completely correct anemia.[2] For patients who are not responsive to pyridoxine, blood transfusion is indicated if they have severe anemia.[2] For patients who require chronic transfusion, iron chelation must be considered to avoid iron overload. It is recommended to start deferoxamine or oral chelators when serum ferritin is more than 1000 ng/L.[18] Iron overload, if left untreated could result in unresponsiveness of pyridoxine. Therefore it is also recommended that patients with normal hemoglobin levels after pyridoxine should get phlebotomy as a treatment for iron overload.[19] Iron overload treatment is very important as studies have shown an improvement in anemia due to low iron levels and better responsiveness to pyridoxine.[20]

For patients with syndromic congenital sideroblastic anemia, diabetes mellitus could develop and in such patients, tight glycemic control should be encouraged. Hypoglycemia should also be considered if blood sugar is not well controlled.

For secondary acquired sideroblastic anemia caused by known drugs or toxins, such drugs should be discontinued and avoided. Since it is acquired, patient anemia will improve after the removal of the drug.

Copper should be replaced in a patient with copper deficiency via nutrition.

For patients with MDS/MPN-RS-T, aspirin therapy is recommended if the patient has additional JAK2V617F mutation.[11]

Sideroblastic anemia caused by mutations in the XLSA, GLRX5, and SLC25A38 has been reported to cause liver and systemic iron overload.[2] Iron overload is a result of ineffective erythropoiesis caused by mitochondrial iron toxicity which increases iron absorption.[2] Iron concentrates in the liver and can eventually lead to fibrosis and cirrhosis just like in genetic hemochromatosis.

In rare situations, iron could accumulate in the heart causing abnormal heart rhythm and heart failure.[2]

In congenital/hereditary sideroblastic anemia, patients are younger, and health decisions are made for them by their parents or guardians. Parents and caregivers should educate themselves about this anemia and how to manage it. Caregivers at home should ensure that patients avoid iron-rich containing food that could exacerbate more iron overload. Patients and caregivers should follow up with their hematologist for close follow up examination. Medication compliance with pyridoxine and possibly iron chelation medications is important as this has been shown to help improve the healthcare outcomes in X-linked sideroblastic anemia. Balanced nutrition should be adopted to get an adequate amount of vitamins and minerals. Alcohol, isoniazid and lead poison may cause sideroblastic anemia and should be avoided in patients with hereditary anemia.[11] This will prevent the acquired form of sideroblastic anemia.

Sideroblastic anemia is a rare disease. When patients are seen in primary care clinics with anemia, most are assumed to have iron deficiency anemia, which is more common. However, it is important for clinicians to keep the possibility of sideroblastic anemia in mind. It is the responsibility of the primary care provider, nurse practitioner, and the internist to be able to recognize and diagnose this disease to appropriately manage the patient. Patients should be educated and be well informed about this disease as specific food or drugs can precipitate this disease. Patients with iron overload should be informed about the importance of avoiding iron-riched containing food like red meat. Also for patients taking medications that induce sideroblastic anemia, clinicians should emphasize the importance of avoiding that particular medication. The most common complication and the cause of mortality in these patients is iron overload. Clinicians and other healthcare workers should treat with iron chelating drugs in patients getting frequent transfusions. An iron overload could cause damage to various organs in the body including the liver, heart, pancreas, etc. causing more complications. More clinical research is also necessary to evaluate prognosis, and epidemiology of this disease. 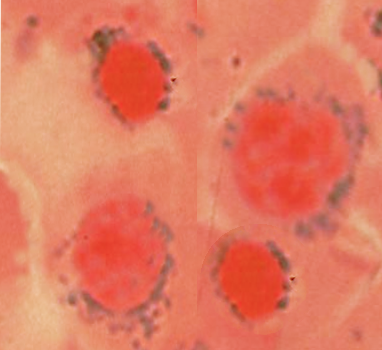