The splanchnic nerves are paired autonomic nerves that supply the abdominal and pelvic viscera. They are composed of motor nerve fibers passing to the internal organs, which also called visceral efferent fibers and the sensory nerve fibers that originate from these organs, which also named visceral afferent fibers.[2] On each side, there is a thoracic, lumbar, sacral, and pelvic splanchnic nerve. All these nerves carry presynaptic sympathetic fibers apart from the pelvic splanchnic nerves, which carry preganglionic parasympathetic fibers.[3]

This nerve also consists of paired nerves on each side of the human body that originates from the sympathetic branches of the L1 and L2 nerve roots.[7][5] These nerves reach the aortic plexus and synapse in the accompanying ganglia. The postganglionic fibers innervate blood vessels in the same region as well as glands and smooth muscle.[7]

The postganglionic sympathetic fibers vasoconstrict blood vessels, innervate and cause secretions from sweat glands, and contraction of the arrector pili muscles. The never fibers that supply the blood vessels of skeletal muscle cause vasodilatation. Eventually, the fibers that reach the viscera regulate glandular secretions, allow for general vasoconstriction, and inhibit smooth muscle contraction of the gastrointestinal system.[7]

The postganglionic sympathetic fibers control the secretions from the sweat glands also give motor to arrector pili muscle by vasoconstrictor blood vessels, while the fibers that enter the skeletal muscle provide motor nerves by vasodilators.[7]

The sacral splanchnic nerve gives both sensory and motor to the posterior aspect of the leg, foot, and the muscle and the skin of the pelvis. The main branches of this splanchnic nerve join and form parts of the superior, inferior gluteal, posterior cutaneous, sciatic, and finally, the pudendal nerves.[8]

The PSNs join the inferior hypogastric plexus (IHP) at the lower medial edge of the coccygeus muscle.[9] Nerve bundles from S2, S3, and S4 spinal roots converge to form from 2 to 4 bilateral larger nerve bundles of the PSN. Each bundle contains 3,500 to 6,000 individual nerve fibers dispersed evenly in surrounding loose connective tissue.[11][12]

These nerves are responsible for the parasympathetic activity and nociception of the bladder, left colon, sigmoid colon, and rectum, and are at risk during any radical pelvic surgery.[10]

During the fifth week of the development of the embryo, the neural crest cells form, and the cells migrate on both sides in the thoracic region of the spinal cord, creating paired cell masses which is dorsolateral to the aorta that called ganglia. All these sympathetic ganglia are joined in a bilateral chain by longitudinal nerve fibers, which are called sympathetic trunks along each side of the vertebral bodies.

Plenty of neural crest cells relocate ventrally to the aorta to create neurons in the preaortic ganglia, such as the celiac and mesenteric ganglia. Some sympathetic axons migrate to a paravertebral ganglion when they can synapse with neurons; also they may descend or ascend at other points to synapse in the trunk. While other presynaptic fibers run without synapsing through the paravertebral ganglia, forming the viscera's splanchnic nerves to innervate the viscera.[8]

This nerve plays a role in pain perception in cases of pancreatic cancer and chronic pancreatitis. The greater splanchnic nerve assists with the motility of the foregut; it also provides the adrenal medulla by the sympathetic innervation. Additionally, it supplies the alimentary canal, gallbladder, liver,  pancreas, spleen, and the adrenal medulla.[4]

This nerve provides sympathetic innervation to the smooth muscles of the pelvic viscera and hindgut. Mainly, it targets the kidneys and the large intestine.[7]

The sacral splanchnic nerve gives both sensory and motor innervation to the back of the thigh, part of the pelvis, and most of the lower legs and feet.

The pelvic viscera controlled parasympathetically via the pelvic splanchnic nerves, which then merges with inferior hypogastric vessels (IHV) and gives branches that contribute innervation to the fundus of the bladder, spermatic cord and ductus deferens. Also, it provides branches into the prostatic plexus for which it supplies the corpora cavernosa, the prostate, and urethra. However, in females, this nerve gives branches to supply the clitoris, the wall of the vagina, and the erectile tissue of the vestibule.[10]

Splanchnicectomy is the procedure that used mostly for the control of unmanageable visceral pain, such as the pain associated with pancreatic cancer. Therefore, understanding of the anatomy of the splanchnic nerves and their variations is very mandatory for the proper performance of this procedure.

In patients who suffer from flank pain on the left side, pain control is attainable by transecting the left greater thoracic splanchnic nerves. Because bowel movement is under the control of multiple branches, there is a possibility to lose bowel control at any iatrogenic error during the procedure of transection of these nerves.[4] 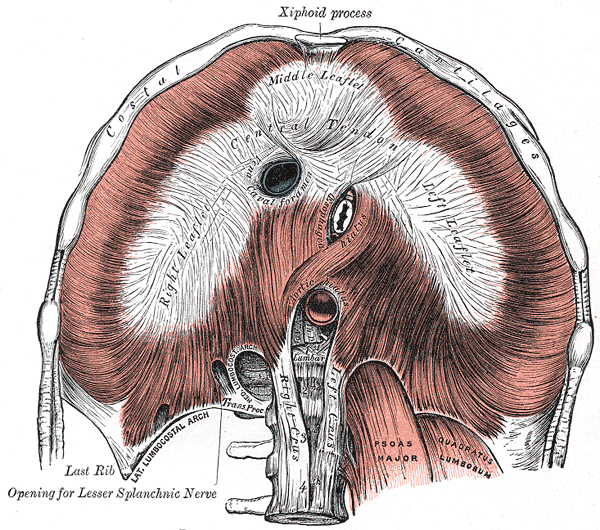 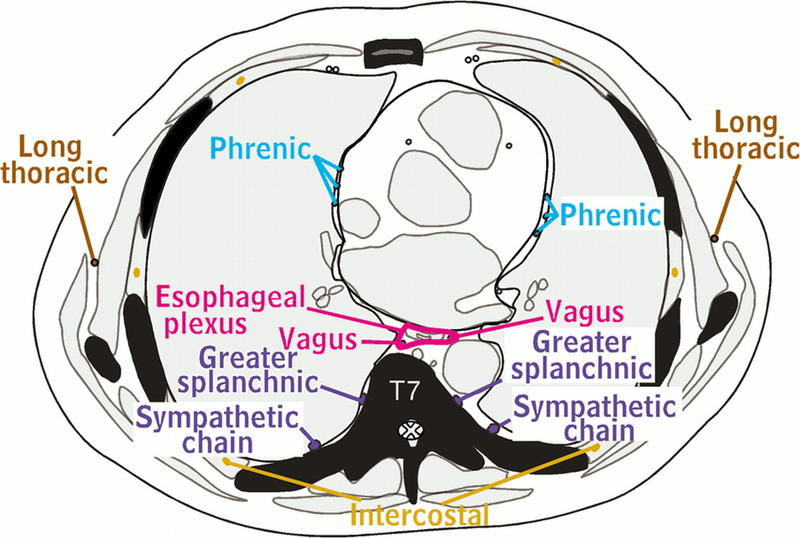 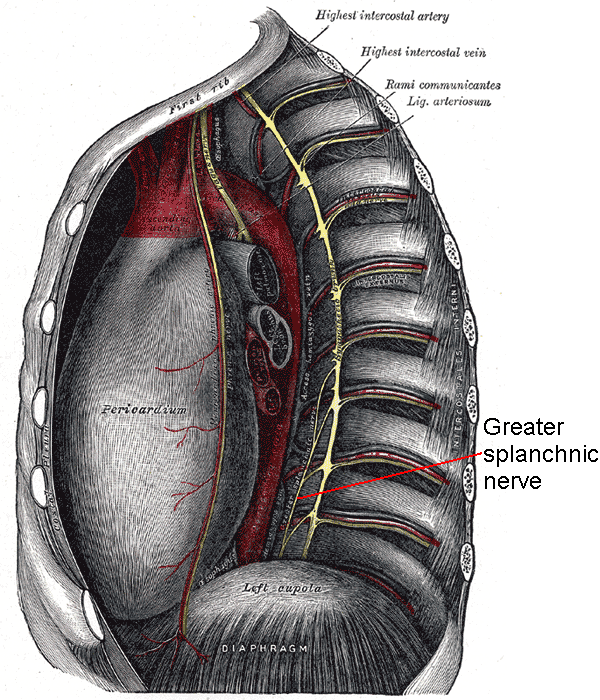