Gastroenteritis in the pediatric population is a very common condition that accounts for around 10 percent of pediatric deaths and is the second cause of death worldwide. The most common cause in infants younger than 24 months old is rotavirus, and after 24 months of age, shigella becomes the most common cause and rotavirus the second most common. This activity reviews the evaluation and treatment of pediatric gastroenteritis and highlights the interprofessional team's role in evaluating and treating this condition.

Gastroenteritis in the pediatric population is a very common disease that could be lethal. It accounts for around 10% of pediatric deaths, estimating 70 million deaths per year around the globe making it the second cause of death worldwide. The most common cause in infants younger than 24 months old is rotavirus, after 24 months of age, Shigella displaces it to second most common.[1][2][3]

Gastroenteritis occurs when there is a fecal-oral contact, ingestion of contaminated water or food, and person to person. This is the most common way of acquiring this infection and making it the main cause for norovirus and Shigella outbreaks. This disease is associated with bad hygiene and poverty.[4][5]

In the United States, rotavirus and noroviruses (accountable for almost 58% of all cases) are the most common viral agent that causes diarrhea, followed by enteric Adenoviruses, Sapovirus, and Astroviruses.

The main risk factors for gastroenteritis are environmental, seasonal, and demographics, being you children more susceptible. Other diseases like measles and immunodeficiencies put the patient at a higher risk for a gastrointestinal (GI) infection. Malnutrition is another significant risk factor, like vitamin-A deficiency or zinc deficiency.

Most of the episodes are acute diarrheas, lasting less than one week. When diarrhea lasts more than 14 days, it is considered persistent diarrhea and accounts for 3% to 19% of episodes. Around 50% of death cases due to diarrhea.

Children under 5 years of age are the most affected population, and diarrheal episodes happen more frequently in Asia and Africa, accounting for 80% of annual incidence.[6]

The pathophysiology depends on the organism causing the disease. It can be caused by toxins like Staphylococcus aureus, while others increase secretion leading to dehydration, for example, Salmonella. Cytotoxins like Shigella and Clostridium difficile can invade the more susceptible tissue and cause inflammatory diarrhea. Enterotoxin production agents cause noninflammatory diarrhea; the virus frequently destroys the villus surface, and parasites adhere to the mucosa.

In the case of inflammatory diarrhea, there are fluid, proteins, and leukocytes entering the interstitial lumen. Viruses like adenovirus can directly invade the microvillus or through calcium-dependent endocytosis, causing the loss in the ability to absorb.

On a molecular level, agents affect the interstitial lumen by activating enterocyte intracellular signal transduction, affecting the cytoskeleton of the host cells. This will alter the water and electrolyte fluxes across the enterocytes. For toxic diarrhea, there is an increase of cAMP and inhibition of NaCl abortion. When infiltration occurs, histologic damage will reduce glucose, stimulated Na, and electroneutral NaCl absorption.

The clinical manifestations will be related to the pathogen. Ingestion of toxins (S. aureus) can lead to a rapid onset of nausea and vomiting within 6 hours of digestion. Patients may have fever, cramps, and diarrhea within 8 to 72 hours.

Enterotoxins like Clostridium perfringens and Bacillus cereus cause watery diarrhea within 8 to 16 hours of ingestion. Viral infections are associated with cramps and watery diarrhea after 16 to 48 hours. Some pathogens are related to bloody diarrhea. These agents can cause symptoms up to 120 hours after ingestion. Some agents can cause manifestations within minutes, for example, copper, shellfish toxins, tin, and other seafood (pufferfish) through tetrodotoxin or scombroid with histamine release.

Overall, symptomatology is not the best way to narrow a possible etiology. Fever is not always present; although, this does not mean that there is no infection. The positive predictive value of dysentery is reduced as well. In the suspicion of acute gastroenteritis, appropriate laboratory testing is needed if the healthcare professional needs to verify the causative agent.

An evaluation with a proper clinical history is essential for every disease. Specific to a gastroenteritis episode is a history of contact, child-care attendance, travel, and exposure. Despite non-specific symptomatology, healthcare professionals can still narrow their options by correctly analyzing the symptoms. For example, nausea and vomiting indicate the upper intestine; fever suggests inflammation (tissue invasion, dehydration, or coinfection). Severe abdominal pain and tenesmus indicate large intestine involvement. The presence of nausea, vomiting with absent fever, periumbilical pain, and watery diarrhea suggests a non-serious small intestine infection.[7][8][9][10]

Patients with diarrhea have the risk of dehydration; initial evaluation is to identify the presence and severity. Addressing the level of acidosis can provide valuable information to determine if fluid resuscitation is needed and if it should be oral or intravenous.

Microscopic stool examination and culture can narrow the causative agent. Mucus, blood, or leukocytes may indicate the agent. The problem with this technique is that there can be false negatives at the early stage of the disease. Therefore, an XTAG GPP panel that is FDA approved uses multiplex nucleic acid technology that can detect C. difficile, toxin A/B, Campylobacter, Escherichia coli, Shigella, and Shiga-like toxins, Salmonella, Rotavirus, Norovirus, Giardia, and Cryptosporidium.

Cultures should be done as promptly as possible in children that present leukocytes in the microscopic evaluation and have bloody diarrhea. Also, patients that are immunosuppressed should get a culture. This is now done with (PCR).

IV rehydration is needed in babies under 6 months, patients with chronic illness, prematurity, fever above 38 C (100.4 F) if younger than 3 months, or between 3 months and 36 months if the patient has more than 39 C (102.2 F). Persistent emesis, bloody diarrhea, altered mental status (consciousness), sunken eyes, and decreased urine output are also red flags that may lead the clinician to consider giving the patient  IV fluids.[11][12][13]

The treatment of choice is a low-osmolarity fluid, with 75 mEq of Na, 64 mEq of Cl, 20 mEq of K, and 75 mmol of glucose per liter; the total osmolarity should be 245 mOsm/L. In mild to moderate emesis, give ondansetron (4 mg for children 4 to 11 years, and double the doses for older children) is often considered for better oral rehydration. IV rehydration is done with a lactated Ringer's solution or normal saline at 20 mL/Kg body weight.

Antibiotics are considered in certain situations. They may reduce severity and duration, even the prevention of some complications like the spread infection. Among the most used antibiotics are ciprofloxacin, TMP-SMX, erythromycin, and metronidazole. However, antibiotics should be avoided when the following causative agents are known: Bacillus cereus, Clostridium, and some Salmonella species.

The use of probiotics has not yet been scientifically proven to assist in the recovery or the symptomatology; studies have been inconclusive. It is believed that when the illness is caused by C. difficile, probiotics might prevent diarrhea. In the case of rotavirus, antibiotics could cause a reduction in the diarrheal duration. Antispasmodic agents like loperamide are contraindicated in children presenting dysentery.

When diagnosing acute gastroenteritis there are several differential etiological agents to consider:

Proctitis can also be another differential diagnosis that can be caused by Gonococcus, Herpes simplex, Chlamydia, and Syphilis for example.

There are also noninfectious causes that can lead to GI symptoms including arsenic, cadmium, copper, mercury, pesticides, and zinc.

Prognosis and complications are directly related to access to care and treatment.

The diagnosis and management of pediatric gastroenteritis require an interprofessional team that includes an emergency department physician, pediatrician, infectious disease nurse, and an internist. Unlike adults, children are frail and do not tolerate dehydration well. The key, therefore, is hydration. Children with severe dehydration and are febrile need to be admitted. Depending on the cause, the child may require an antibiotic.

The outcomes of pediatric gastroenteritis depend on the severity of diarrhea and the time to treatment. Children who have delayed treatment can develop multiorgan failure, leading to death.

There are not many options when it comes to treatment in the active set of gastroenteritis, but there are some measurements that can help prevent this disease. In newborns, exclusive breastfeeding for the first 6 months prevents diarrheal episodes. There are also studies that show vitamin-A supplementation reduces mortality in a diarrheal episode up to 30%. Other more well-known measurements are the rotavirus vaccine and the ingestion of clean water and food.[14][2] 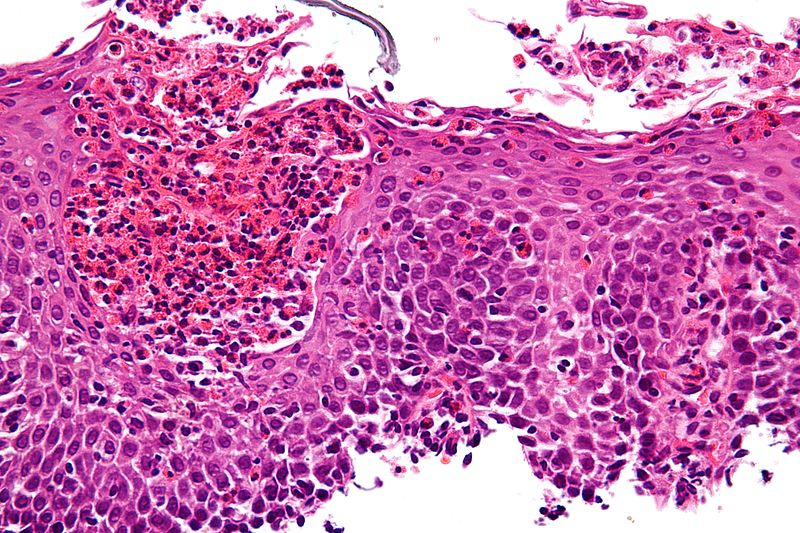