Waardenburg, in 1918 first described the pigmented iris hamartomas. Karl Lisch, an Austrian ophthalmologist, in 1937 reported the association of these iris hamartomas with neurofibromatosis type 1 (NF1).[1] The term Lisch nodule was used first by Riccardi in 1981 in a formal publication. Lisch nodules (LNs) are the melanocytic hamartomas found in 90% to 100% of adults with NF1 and are the most consistent features of NF1. A German pathologist named Friedrich Daniel Von Recklinghausen identified NF1 as a genetic disease.[2] NF1 considered a neurocristopathy, is an autosomal dominant disorder with a high mutation rate characterized by pathological hamartomas proliferation of neural crest-derived tissues.[3][4] LNs, as such, do not cause any visual disturbances, but the associated life-threatening as well as vision-threatening conditions, merit discussion.

Lisch nodules, traditionally described as iris hamartomas, is one of the pathognomic markers of NF1 and are rarely seen in individuals without NF1 like segmental neurofibromatosis, Watson syndrome. A single case report is available describing LNs in neurofibromatosis type 2.[5] There is a paucity of literature regarding the molecular pathogenesis of LNs. Few reports suggest a melanocytic origin of LN, whereas few reports suggest the presence of pigmented cells, fibroblast-like cells, and mast cells akin to a benign tumor neurofibroma.[4] NFI arising secondary to a mutation in the tumor suppressor gene neurofibromin is a common monogenic disorder of the neurocutaneous tissue. Individuals with NF1 have an increased risk of developing benign and malignant tumors. Variable expressivity, even within families, characteristic of NF1, is attributed to genetic modifiers.[6]

There exists considerable controversy regarding the histopathology of LN. Few reports suggest that they are melanocytic hamartomas of neural crest origin, whereas few reports suggest that they are similar to other cutaneous neurofibromas consisting of neural crest-derived neurons, Schwann cells, fibroblasts, vascular endothelial cells, and mast cells.[6]

Lisch nodules are 1 to 2 mm yellowish-brown dome-shaped solid lesions over the iris surface. They are usually multiple, bilateral, and found in all zones of the iris surface. Few of them may not be elevated from the surface.[1] The color of LNs varies according to the pigmentation of iris or the race. LNs appear darker than blue irides but paler than brown irides.[9] The size and number of LNs tend to increase with age. They are usually asymptomatic, do not cause any visual disturbances, and hence do not require any treatment.[4]

NF1 is clinically defined by its neural and cutaneous clinical features. The diagnostic criteria for NF1 developed by the National Institutes of Health are a useful tool for diagnosing NF1 clinically.[10][11]

Two or more of the following clinical features signify the presence of NF1 in a patient.

Neurocutaneous manifestations of NF1 are highly variable among affected individuals. Cafe au lait spots manifest due to the pathogenic melanocytes carrying a somatic or second hit mutation in the NF1 gene, and it occurs in all affected individuals.[12] These spots are flat light brown patches that vary in size from a few millimeters to several centimeters. Intertriginous freckling develops in 90% of patients with NF-1. Neurofibromas resulting from Schwann cell mutation are among one of the characteristic features of NF1. They can affect any organ of the body, varying in numbers from few to hundreds or thousands.[12] Characteristically, there are three ophthalmological manifestations - Lisch nodules, optic nerve gliomas, and sphenoid wing dysplasia.[13] Hence, a detailed ophthalmic examination is mandatory. LNs appear as well-defined, gelatinous, dome-shaped elevations of the iris surface under slip lamp examination. LNs have no known clinical consequence aside from their usefulness in diagnosis. The number of neurofibromas and LNs tends to increase with age.[13] Optic nerve gliomas occur in 15% of individuals with NF1 and are located along the anatomic course of the optic nerve.[12][14] Sphenoid wing dysplasia (SWD) is a prominent facial feature in 3.7 % of patients with NF1. SWD occurs due to slow and progressive decalcification and remodeling of the sphenoid wing resulting in enlargement of the orbital fossa. These can lead to herniation of the temporal lobe into the orbital cavity, producing pulsating exophthalmos and gross facial deformity requiring surgical intervention. A partial or complete absence of the greater wing of the sphenoid is the typical radiological finding in SWD.[12]

The diagnosis of NF1 is made based on the characteristic clinical features like cafe au lait spots and neurofibromas. Molecular genetic testing is rarely indicated in diagnosing NF1. Exploring the genotype-phenotype correlation in NF1 is still inconclusive due to the extensive mutational heterogeneity of the gene.[17] Besides, large scale mutation is difficult owing to the size and complexity of the neurofibromin gene. There have been 1347 mutations identified, of which only fewer than 20% are recurrent.[17][18] Therefore meticulous clinical examination and diagnostic accuracy are imperative as these patients are at risk of developing neurological, cardiovascular, gastrointestinal, endocrine, ophthalmological, and orthopedic complications.[19]

LNs have been reported in patients with segmental neurofibromatosis, which is due to a somatic mutation of the neurofibromin gene.[18] A single case has been reported describing the presence of LN in a 47-year-old male with NF2 where the patient had bilateral sensorineural deafness and progressive ataxia. MRI revealed the appearance of bilateral acoustic neuromas. Multiple LNs were present in his right eye.[5] A single case report described the presence of unilateral LN with cafe-au-lait macules on the same side of the body.[20] LNs are also reported in patients with Watson syndrome characterized by cafe-au-lait macules, pulmonary valvular stenosis, and mental retardation.[9] A case report described a 43-year-old male with NF1 whose one of the sisters had multiple LNs, while her elder daughter had only one LN. Neither of these 2 patients had any signs of cutaneous or systemic neurofibromatosis. Therefore, LNs are the ocular marker of NF1 in otherwise normal family members of patients with NF1.[9] A case report described a 21-year-old healthy White woman diagnosed to have multiple, unilateral LNs in the absence of additional features of NF1.[21] She, however, had a solitary 5 mm hypopigmented macule on her back under Wood's light illumination.[21]

Prompt referral to specialists for the treatment of complications involving the eye, cardiovascular system, central or peripheral nervous system, endocrine system, spine, or long bones is mandatory. Surgical removal of uncomfortable and disfiguring neurofibromas or plexiform neurofibromas are rarely indicated.[22] Complete surgical excision of malignant peripheral nerve sheath tumor is indicated. Nondystrophic scoliosis can be treated conservatively, whereas dystrophic scoliosis often requires surgical treatment. Guidelines for the management of optic nerve gliomas are limited, and surgical intervention may itself result in vision-threatening neuro-ophthalmic complications; hence therapeutic strategy by an interprofessional team is mandatory. Children with attention-deficit hyperactivity disorder can be treated with methylphenidate.[22]

Iris mammillations are frequently confused with LN and are characterized by regularly spaced, deep brown, and smooth conical iris elevations.

Cogan-Reese syndrome is a subtype of ICE syndrome characterized by pedunculated nodules or pigmented diffuse lesions at the anterior surface of the iris.

Brushfield spots characteristic of Down syndrome, appear as small white grayish spots on the iris periphery.[24]

In juvenile xanthogranuloma, the iris lesions appear as localized, yellowish, vascularised elevated masses on the iris surface. These patients are prone to develop spontaneous hyphema and secondary glaucoma.[26]

The role of ultraviolet (UV) radiation in the pathogenesis of LN is controversial.[3] Boley et al. quantitatively determined Lisch nodule burden (number of LN in the irides) and distribution in a large cohort (77) of adults with NF1.[25][29] They hypothesized that the inferior hemifield of the iris harbors a greater number of LN than the superior part owing to the increased exposure of inferior part of iris to UV radiation and shielding of the superior part of iris by periocular structures.[25] Also, they observed that light irides in patients with NF1 are at increased risk of uveal melanoma due to the decreased number of melanocytes secreting the antioxidant melanin in the iris stroma. Hence they concluded that the LN should be considered preferably as a benign tumor of the iris rather than a hamartoma.[29]

Patients with NF1 are at high risk of developing both benign and malignant tumors. The malignant peripheral nerve sheath tumors (MPNSTs) occur in about 2% to 5% of NF1 patients.[13] They are high-grade sarcomas and originate from tissues of mesenchymal origin. A rapid change in the size of a preexisting neurofibroma, unremitting pain, intralesional hemorrhage, and infiltration of the adjacent structures indicate a possible malignant transformation to MPNST. The malignant transformation of a neurofibroma has an extremely poor prognosis with recurrences and distant metastasis. Studies have shown the average 5-year survival rate for these patients ranges from 16% to 52%.[30] Hence, patients with neurofibromatosis should be closely monitored for possible malignancy as this sarcomatous change in a neurofibroma has an extremely poor prognosis.

About 25% of patients with NF develop complications like plexiform neurofibromas, spinal neurofibromas, malignancies like neurofibrosarcoma and embryonic childhood tumors, scoliosis, aqueductal stenosis, pheochromocytoma, vascular dysplasia, congenital bone defects, tumors of the central nervous system, learning disabilities, attention deficits, and behavioral problems.[31][32] The incidence of hypertension in patients with Neurofibromatosis type 1 is 16%, either due to essential hypertension or secondary hypertension.[33] The main causes of secondary hypertension in patients with NF-1 are mostly due to renal artery stenosis, followed by coarctation of aorta and pheochromocytoma. Unilateral or bilateral renal artery stenosis is 7 times more common than pheochromocytoma.[33] Therefore, annual blood pressure monitoring and cardiac evaluation are warranted in these patients.

Ophthalmological complications are optic gliomas, plexiform neurofibromas, and congenital glaucomas. The overall risk of malignancy in patients with NF1 is 5% to 15% greater when compared to the general population. Plexiform neurofibromas are a frequent complication of NF1 and may lead to the site of development of malignant nerve sheath tumors. The most commonly affected regions are paraspinal, sacral plexus, sciatic notch, and perirectal regions. Optic nerve gliomas can result in vision loss and even morbidity in young children. Symptomatic gliomas usually manifest before 6 yrs of age with loss of visual acuity or proptosis. Diagnosis of this entity will be challenging in preverbal children, and hence screening in early childhood is crucial to early detection and intervention.[34][13]

Genetic counseling is quite complicated in NF1 due to marked interfamilial and intrafamilial phenotypic variation in NF1 expression. The offspring of the affected individual are at a 50% risk of inheriting the NF1 allele, but the clinical manifestations may be extremely variable.[18][17] Detailed ophthalmological, as well as systemic examination, and pedigree analysis, should be mandatory in patients and first degree relatives.[1]

LNs are not seen in normal individuals and are present in almost 90% to 100% of the adult patients with NF1 over the age of 20 years. These nodules are more likely to occur in younger patients than are neurofibromas and are therefore helpful in clinching the diagnosis in younger patients. Multiple, bilateral LNs are specific for NF1. There is no association between LN and the overall clinical severity of NF1 in these patients.[1][35] Meticulous slit lamp evaluation for the presence of LN is a simple, noninvasive, inexpensive method of diagnosing NF1 accurately and in providing genetic counseling. Also, the relatives of NF1 patients should ideally be screened for LNs as they may be the only feature of this disease. LNs are usually visible in children for more than 6 years. Therefore, the absence of LNs before this age does not preempt the diagnosis.[4]

The interprofessional approach requires a team including primary care, ophthalmologists, and geneticists, to effectively screen and design management protocol promptly on time to reduce both morbidity as well as mortality. These patients need annual systemic evaluation by a physician, annual ophthalmologic examination in children and less frequently in adults, periodical developmental assessment in children, regular blood pressure monitoring, MRI for follow up of clinically suspected intracranial tumors, and other internal tumors. 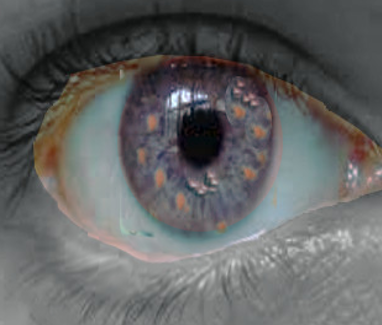 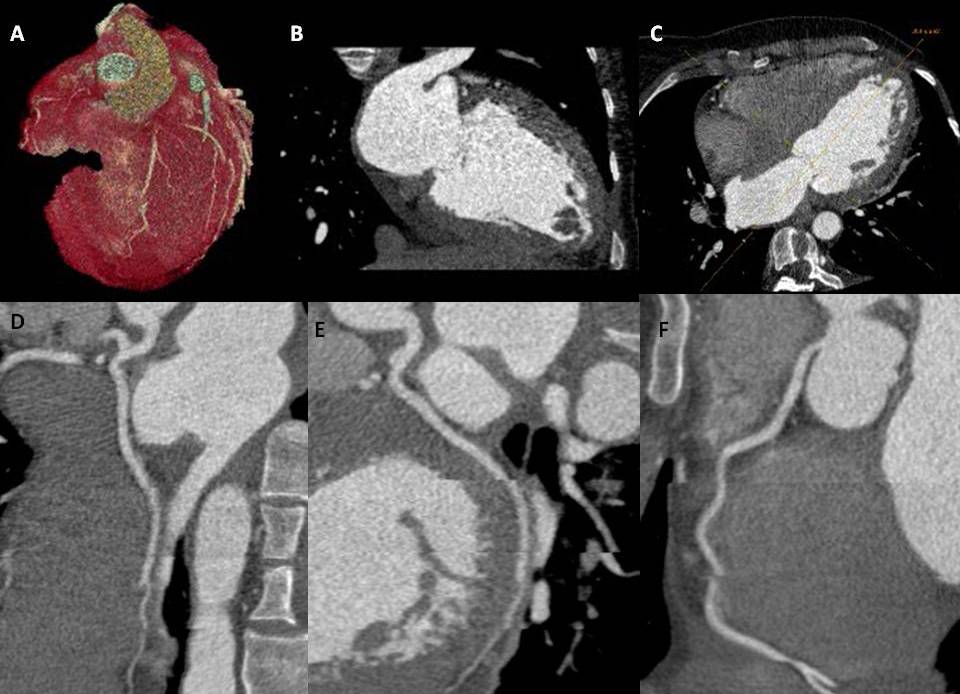