Orbital hypertelorism is defined as an increased distance between the orbits, with true lateral displacement of the orbits. Hypertelorism is associated with underlying craniosynostosis syndromes, median facial clefting, and some other genetic syndromes. Evaluation of hypertelorism includes precise measurement and a complete dysmorphology exam. Referral to a geneticist is indicated for patients with hypertelorism, and genetic testing is often indicated. Patients may benefit from evaluation by an interprofessional craniofacial team, and surgical reconstruction may be indicated.

Frank encephalocele and other masses in the frontonasal prominence can produce an obvious and extreme form of hypertelorism. Additional proposed mechanisms of hypertelorism include early ossification of the lesser wings of the sphenoid bone, preventing medial movement of the orbits and fixing them in the fetal position, and craniosynostosis syndromes where there is premature closure of cranial sutures preventing normal orbital migration and development.[2] In Apert syndrome, one of the most common craniosynostosis syndromes, hypertelorism is caused by the prolapse of the cribriform plate of the ethmoid bone, disturbing cranial base formation.[1]

Hypertelorism is not a syndrome in and of itself, but rather it is a physical finding in many craniofacial syndromes. When thinking about the epidemiology of hypertelorism, it is helpful to consider the proposed embryological mechanisms. In the failure of the embryonic frontonasal prominence to develop normally, the patient will present with median facial clefting (also often referred to as frontonasal dysplasia). Alternatively, when dysplasia of bone development is the underlying contributive factor to hypertelorism, patients will present with craniosynostosis or cranial bone abnormalities.

Frontonasal dysplasia and or median facial clefting is rare, presenting in about 0.17% of all clefting presentations.[3] The epidemiology of all clefting is thought to be about 1 per 700 births.[4] The epidemiology of craniosynostosis is thought to be approximately 1 of 2,000 live births, though not all craniosynostosis syndromes have hypertelorism. The overall estimated incidence of hypertelorism is rare, with some sources estimating it to be about 1 in 20,000 births.[5]

There are additional genetic syndromes that may include hypertelorism as a feature, including but not limited to Bohring-Optiz Syndrome, Greig Cephalopolysyndactyly, Noonan Syndrome, Joubert Syndrome, Trisomy 18, 22q11 syndrome, Neurofibromatosis type 1, Aarskog syndrome, Cat-Eye Syndrome, CHARGE association, Loeys-Dietz syndrome, Wolf-Hirshorn Syndrome, Morquio Syndrome, and Hurler Syndrome. The specific epidemiology of each of these genetic syndromes is discussed separately in dedicated articles to each syndrome.

Isolated hypertelorism is rare. Thus it is important to evaluate a patient with hypertelorism for additional physical exam findings. Hypertelorism is typically noted at birth, and sometimes even before birth as fetal ultrasound becomes more sophisticated. Hypertelorism associated with medial clefting of the face and/or dysplasia of nasal capsule development is more likely to have other congenital anomalies. In one study evaluating prenatally diagnosed hypertelorism, karyotypic aneuploidy was the most common finding occurring in 82% of fetuses. All 11 fetuses showed additional anomalies of the nervous system (n = 10), skeleton (n = 6), heart (n = 5), kidneys (n = 5) and/or abdomen (n = 3).[6]

The evaluation of hypertelorism entails specific and precise measurements. Bony inter-orbital measurements from radiograph or computed tomography are the most accurate measurements,[10] and are indeed important for surgical planning, however, are impractical for initial evaluation of a patient presenting with suspected hypertelorism. The precision with measurement can be attained when using proper technique and measuring distance between appropriate landmarks as detailed in the image of this article. Proper technique for measurement including has a patient sit comfortably on a chair in front of the examiner with the head at the same level as the head of the examiner, looking straight ahead. A small plastic transparent ruler measuring to the nearest millimeter is placed on the nasal bridge. Distances between the inner canthi, outer canthi, and palpebral fissures can be measured and recorded. Measurements can be compared to normative data, and hypertelorism documented for measurements above the 95th percentile in ICD, OCD, and IPD. Normative value tables are available online, and an abridged version is included here adapted from the standard normative values.[11][12]

Evaluation of a patient with hypertelorism, or pseudohypertelorism is not complete without a full head to toe for dysmorphology exam. Exam findings may offer clues to an underlying syndromic diagnosis. A complete dysmorphic exam may include the following evaluation, adapted from Smith.[13]

Following classification is used based on inner canthal distance for hypertelorism in adults:

CT scan classification "Munro" based on the orientation of orbital walls :

Surgery in hypertelorism is mainly for cosmetic purposes. It requires a major surgery that has to approach through intracranial as well as extracranial route. The pioneer in surgery for hypertelorism was Paul Tessier. It was he who demonstrated that orbits could be moved from there position without affecting vision. The aim of the surgery is to bring the two orbits together medially and correct any dystopia, correcting the nasal dorsal portion and removing excess of skin.

The timing of surgery is usually between 5 and 7 years. Before five years, the bone growth of the maxillary arch may be affected by inferior excision, which may affect dental formation. Moreover, the bones may not be stout enough to hold the osteotomies together. However, surgery has better predictability in adults; the psychological consequences of cosmetic blemish warrant early surgery. If there is associated craniosynostosis, it has to be corrected before one year of age independently.

Approaches depend upon the preoperative evaluation. The choice of procedure is determined by the presence of associated abnormalities, the morphology of the maxillary arch, the axis of the orbit, and the degree of hypertelorism.

Facial bipartition: narrow maxillary arch with incisors being higher than molars, the axis of the orbit is oblique, the nasal fossa is narrow, severe hypertelorism.

The finding of true orbital hypertelorism on the physical exam of infant warrants further investigation and consultation with a team of experts including geneticists, craniofacial surgeons, and ophthalmologists. Additional consultations may be warranted if a specific underlying genetic syndrome is identified.

The facial structures form in the first three months of pregnancy. During this developmental phase, the craniofacial anomalies begin. This may be due to the changes in genes or environmental factors. The evaluation and management requires a multidisciplinary approach between eye specialists and plastic surgeons and requires a long term follow up.

An interprofessional team that provides an integrated approach to evaluating hypertelorism can help achieve the best possible outcomes. A finding of ocular hypertelorism warrants further evaluation by a geneticist to evaluate the extent of hypertelorism, as well as to completing a head to toe dysmorphology exam to identify additional dysmorphic findings. Additional studies may be indicated, pending evaluation by an expert in dysmorphology. These may include CT head (to evaluate craniosynostosis), CT orbits, echocardiogram (to evaluated congenital heart disease), a renal ultrasound (to evaluate structural congenital malformations), skeletal survey, brain MRI (to evaluate underlying neuronal changes or evaluate for mass as indicated), retinal exam, audiology testing, sleep study, and others depending on the underlying etiology or genetic syndrome contributing to the finding of hypertelorism. 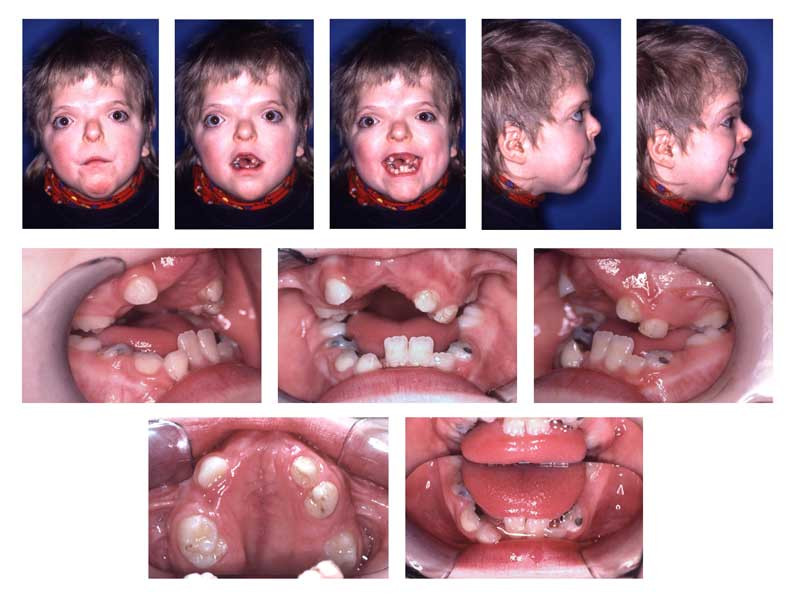 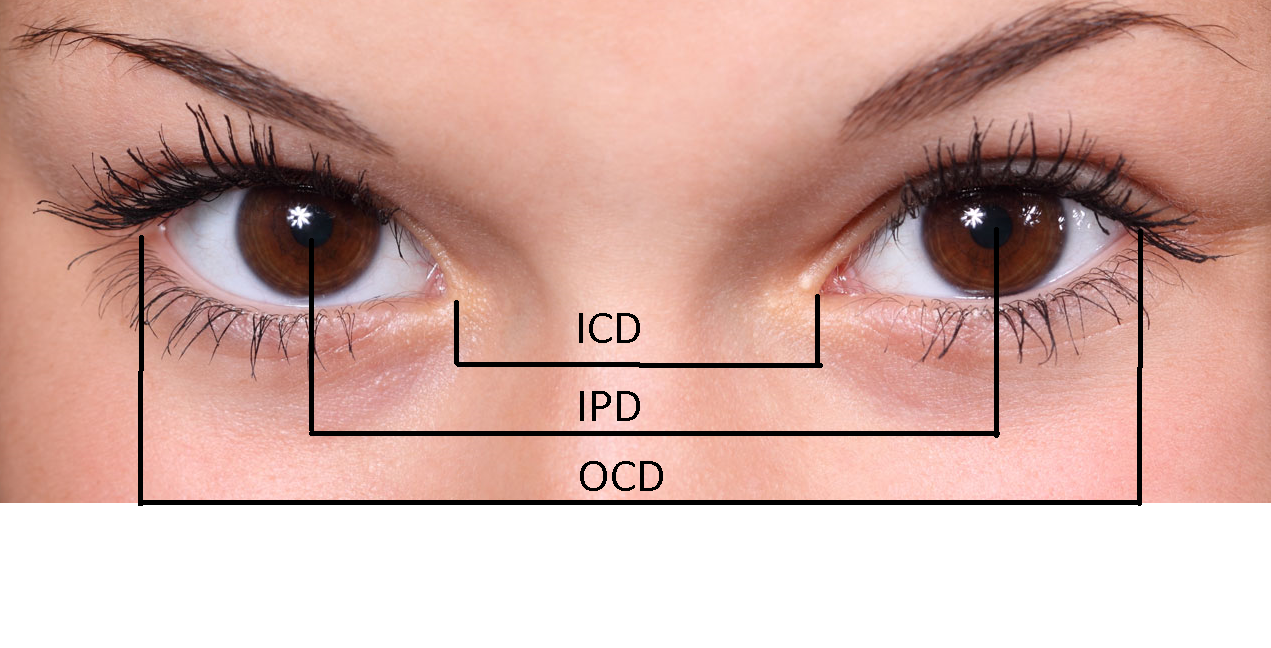 MARDEN PM,SMITH DW,MCDONALD MJ, CONGENITAL ANOMALIES IN THE NEWBORN INFANT, INCLUDING MINOR VARIATIONS. A STUDY OF 4,412 BABIES BY SURFACE EXAMINATION FOR ANOMALIES AND BUCCAL SMEAR FOR SEX CHROMATIN. The Journal of pediatrics. 1964 Mar;     [PubMed PMID: 14130709]