High grade squamous intraepithelial lesion (HSIL) encompasses the entities previously termed cervical intraepithelial neoplasia (CIN)2, CIN3, moderate and severe dysplasia and carcinoma in situ. HSIL is a squamous cell abnormality associated with human papillomavirus (HPV). Though not all HSIL will progress to cancer, HSIL is considered to be a precancerous lesion and therefore is usually treated aggressively. This activity reviews the evaluation of high-grade squamous intraepithelial lesions and the role of the interprofessional team in managing this condition.

High grade squamous intraepithelial lesion (HSIL) is a squamous cell abnormality associated with human papillomavirus (HPV).  It encompasses the previously used terms of CIN2, CIN3, moderate and severe dysplasia and carcinoma in situ. This current terminology for HSIL was introduced by the Bethesda System for Reporting Cervical Cytology (TBS) for cytology specimens in 1988, and has since been adopted for histology specimens by the Lower Anogenital Squamous Terminology Standardization Consensus Conference (LAST) [1] and the World Health Organization (WHO) in 2012 and 2014, respectively.  Though not all HSIL will progress to cancer, it is considered a pre-cancerous lesion and therefore is usually treated aggressively.  Though HSIL can involve various cutaneous and mucosal sites within the anogenital tract, this summary will focus on cervical HSIL

Scientific studies have established HPV as the major etiologic agent in the pathogenesis of cervical dysplasia and carcinoma.  HPV is a non-enveloped double-stranded DNA virus within the Papillomaviridae family.  There are over 150 genotypes of HPV with 40 known to infect the anogenital tract. These 40 are divided into high-risk and low-risk groups based on evidence of their oncogenic potential.  HPV16 and HPV18 are high-risk genotypes found in over 70% of HSILs and cervical squamous cell carcinomas. Opposed to low-grade squamous intraepithelial lesions (LSIL), which represent transient HPV infections that are cleared within two to five years and have a low risk of malignancy, HSILs are associated with persistent infection and a greater risk of progression to invasive cancer, especially if the persistent infection is a high-risk genotype such as HPV16 and/or HPV 18. [2]

Since HSIL is caused by HPV infection, it is found more commonly in women with specific genetic and behavioral factors which increase their risk of acquiring HPV. HPV prevalence is highest in young, sexually active females, then progressively drops until menopause, with some studies showing a slight increase after menopause.  This decline in middle-age is thought to be the result of an effective immune response after exposure to HPVs, in addition to the likelihood of less exposure to the HPV virus.  An immunocompromised state, such as after transplant therapy and HIV-infected individuals, increases a patient’s risk of persistent infection and development of a squamous intraepithelial lesion (SIL).  Studies indicate a younger age of coitarche and the number of sexual partners increases the risk of HPV infection as well as more recent sexual activity.  Male partner promiscuity is also a factor as well as condom use and circumcision, as both significantly reduce the risk of HPV infection.  Women who have sex with women also have an increased risk of cervical neoplasia.  Multiparous women, specifically greater than 7, are also at increased risk.  There is a strong association between smoking and cervical neoplasia, independent of HPV status, presumably due to the presence of carcinogens within the cervical mucus. Certain HLA class II haplotypes, notably HLA B*07+HLA-DQB1*302, have a positive association with SILs and invasive cancer with evidence suggesting that the haplotype may influence HPV antigen presentation and immune response.  Other HLA class II haplotypes have been found to be protective.  Oral contraceptive use may somewhat increase a patient’s risk of cervical neoplasia, though studies have not been consistent. [3][4][5]

The genome of HPVs includes the early genes (E1, E2, E4, E5, E6, E7), involved in regulation of the vegetative and proliferative phases of the viral life cycle, the late genes (L1, L2) which encode the capsid proteins, and a non-coding long control region (LCR) involved in viral replication and transcription regulation. HPV infects the basal epithelial cells of the transformation zone after gaining entry through micro-abrasions.  A class of cell surface receptors on the keratinocytes called Heparan sulfate proteoglycans (HSPG) are thought to be the initial receptors for the virus, attaching to L1 of the capsid and inducing conformational changes and subsequent cleavage of L2.  The viral genome is slowly internalized over a 12 hour period through clathrin or caveolae-mediated endocytosis.  Entry of the viral genome into the nucleus occurs through nuclear membrane breaks.  Viral replication then begins. As the basal cells mature and reach the terminally differentiated layer of epithelium, expression of the L1 and L2 capsid proteins occurs to enable assembly of viral particles, which are sloughed off along with the dead squamous cells, allowing continued transmission and infection of the virus. This is the usual life cycle of most HPV genotypes. However, high-risk HPV types, especially HPV16, have been shown to often integrate their genome into the human genome. Integration has been proposed as an early event in the progression of LSIL to HSIL. It involves the viral oncoproteins E6 and E7 maintaining double strand breakpoints in host DNA by attenuating the DNA damage response (DDR) involved in repairing such breaks so that the viral genome can integrate at these breakpoints.  The high-risk HPV E6 oncoprotein is known to interfere with p53, a cellular tumor-suppressor protein required for sensing base excision repair machinery and repairing oxidative damage, by inducing increased proteasome-dependent degradation of p53.  High-risk HPV E7 oncoprotein inactivates members of the retinoblastoma (Rb) tumor suppressor protein family.  Retinoblastoma is coupled with an E2F transcription factor.  Inactivation of Rb uncouples E2F, thus allowing it to upregulate genes required for S-phase entry and progression.  The aforementioned E6 and E7 interactions are just glimpses of how these oncoproteins interact with various proteins in the nucleus.  Essentially, overexpression of E6/E7 causes cell cycle dysregulation.  Studies suggest integration also causes host gene expression changes, amplifying oncogenes and disrupting tumor suppressor genes. As the HPV genome is double-stranded and integrated into the host genome, it effectively evades the immune response leading to persistent infection.  Epigenetic modification of various genes and changes in expression of miRNAs have also been shown to play a role in carcinogenesis. Much remains to be elucidated regarding the molecular pathogenesis of cervical neoplasia.[2]

Diagnosis of HSIL on cytology requires specific criteria to be met. The cells are smaller with less cytoplasmic maturity than that of LSIL.  Occasionally, the cytoplasm may be densely keratinized.  HSIL cells occur singly as well as in sheets or syncytial aggregates.  Though the size of the nucleus itself is variable, the cells must have a high nuclear-to-cytoplasmic ratio.  The nuclei are often hyperchromatic but can be normo- to hyperchromatic. The chromatin can range from evenly distributed and fine to coarsely granular. Nuclear contours must be distinctly irregular with prominent indentations and/or grooves. Nucleoli are usually not a feature of HSIL, though may be seen when HSIL involves the endocervical glands.

Histologic criteria for HSIL exceeds the extent and degree of nuclear atypia allowed for a diagnosis of LSIL and includes less maturation, a higher nuclear-to-cytoplasmic ratio, decreased organization from the lower immature cell layers to the superficial mature layers (loss of polarity), a greater degree of nuclear pleomorphism, highly irregular nuclear contours, increased mitotic index and abnormal mitotic figures, especially within more superficial layers of the epithelium.  CIN3 must have full thickness atypia.  When faced with not-so-straight-forward biopsies where the pathologist is debating between benign mimics of HSIL, such as immature metaplasia or atypical atrophy, utilizing the biomarker p16 may help distinguish them, as p16 shows intense and continuous staining in HSILs and suggests infection with a high-risk HPV type. [6][7]

Women with biopsy-proven HSIL will likely have a history of multiple risk factors associated with HPV infection, a positive HPV test and/or a history of abnormal pap tests. Abnormal colposcopic findings characteristic of high-grade changes include dense acetowhite epithelium, rapid appearance of acetowhitening, cuffed crypt openings, coarse mosaic, coarse punctuation, a sharp border, an inner border sign and a ridge sign.  The inner border sign is when there is a sharply demarcated acetowhite area within a less opaque acetowhite area.  The ridge sign is the presence of thick ledges of opaque acetowhite epithelium growing irregularly within the squamocolumnar junction.[8][9]

The current American Congress of Obstetricians and Gynecologists (ACOG) recommendations for cervical carcinoma screening in women is dependent upon age, HIV infection/immunodeficiency and pregnancy status.  Screening should be initiated at 21 years of age.  Women ages 21 to 29 should be screened by cytology every three years. Women ages 30 to 65 should be screened with cytology and HPV co-testing every five years or by cytology alone every three years. Depending on the HPV test used, the test will provide pooled results for high-risk HPV subtypes and/or individual genotype results for HPV16 and 18.  The risk of HSIL in a patient with a positive HPV test and an abnormal pap test is approximately 20% and increases to 33% if HPV positive at more than one visit.[10]

A Papanicolaou (Pap) test is the preferred initial method of screening for cervical neoplasia.  This is performed by opening the vaginal canal with a speculum, fully visualizing the cervix, using a cervical broom or spatula to exfoliate cells from the transformation zone and transferring the cells either into liquid preservative (liquid-based cytology) or directly onto a microscope slide (conventional cytology). Pathology will process the specimens according to the type of test they receive.

The American Society for Colposcopy and Cervical Pathology publishes guidelines for the management of woman based on their Pap test and HPV test results.  For women ages 21-24, colposcopy is recommended following an HSIL cytology diagnosis.  Women over the age of 24 years old should also have colposcopy performed, though management with an excisional procedure is acceptable.  Around 60% of women with HSIL cytology will have at least CIN 2 on biopsy, with approximately 2% showing invasive cancer, though the latter is more likely in older women.  Women over 30 years of age have an 8% 5-year risk of cervical cancer after a diagnosis of HSIL. Biopsies taken during colposcopy are examined by histology. [11]

Pregnant women found to have HSIL cytology should not undergo excisional treatment; only colposcopy is acceptable.  If a histologic diagnosis of a high-grade lesion is made, she may have additional cytologic and colposcopic exams up to every 12 weeks.  If cytology results are suggestive of invasive cancer or if the colposcopic appearance of the lesions worsens, a repeat biopsy is recommended. It is also considered acceptable to defer re-evaluation until the patient is at least six weeks postpartum.  A diagnostic excisional procedure is only recommended if there is a concern for invasive cancer.

Once the patient is treated, regardless of age, her recommended follow-up is HPV co-testing at 12 and 24 months post-treatment.  If both are negative, she can be retested in 3 years.  If this test is negative, she can return to routine screening for at least the next 20 years. An abnormal test should result in colposcopy with endocervical sampling. [10][11]

Conditions that can be mistaken for HSIL on biopsy include early invasive carcinoma, atrophy, squamous metaplasia, transitional metaplasia and reactive atypia.

Education of patients regarding the risk factors for exposure to HPV as well as safe sexual practices in general may reduce the risk of HPV infection.

Vaccines have been developed against high-risk types HPV16 and 18 as well as low-risk types HPV6 and 11.  These are effective at preventing initial as well as persistent infection and their associated SILs.  As a majority of high-grade lesions are associated with HPV16, it is predicted that vaccination can reduce the incidence of HGSIL/CIN2/CIN3 by up to 87%, though it remains to be validated in the general population.[12]

One of the most important functions of the interprofessional team of nurses and clinicians is to educate patients regarding the risk factors for exposure to HPV as well as safe sexual practices that may reduce the risk of HPV infection. A coordinated team approach to education will improve patient outcomes and decrease the incidence. [Level V] 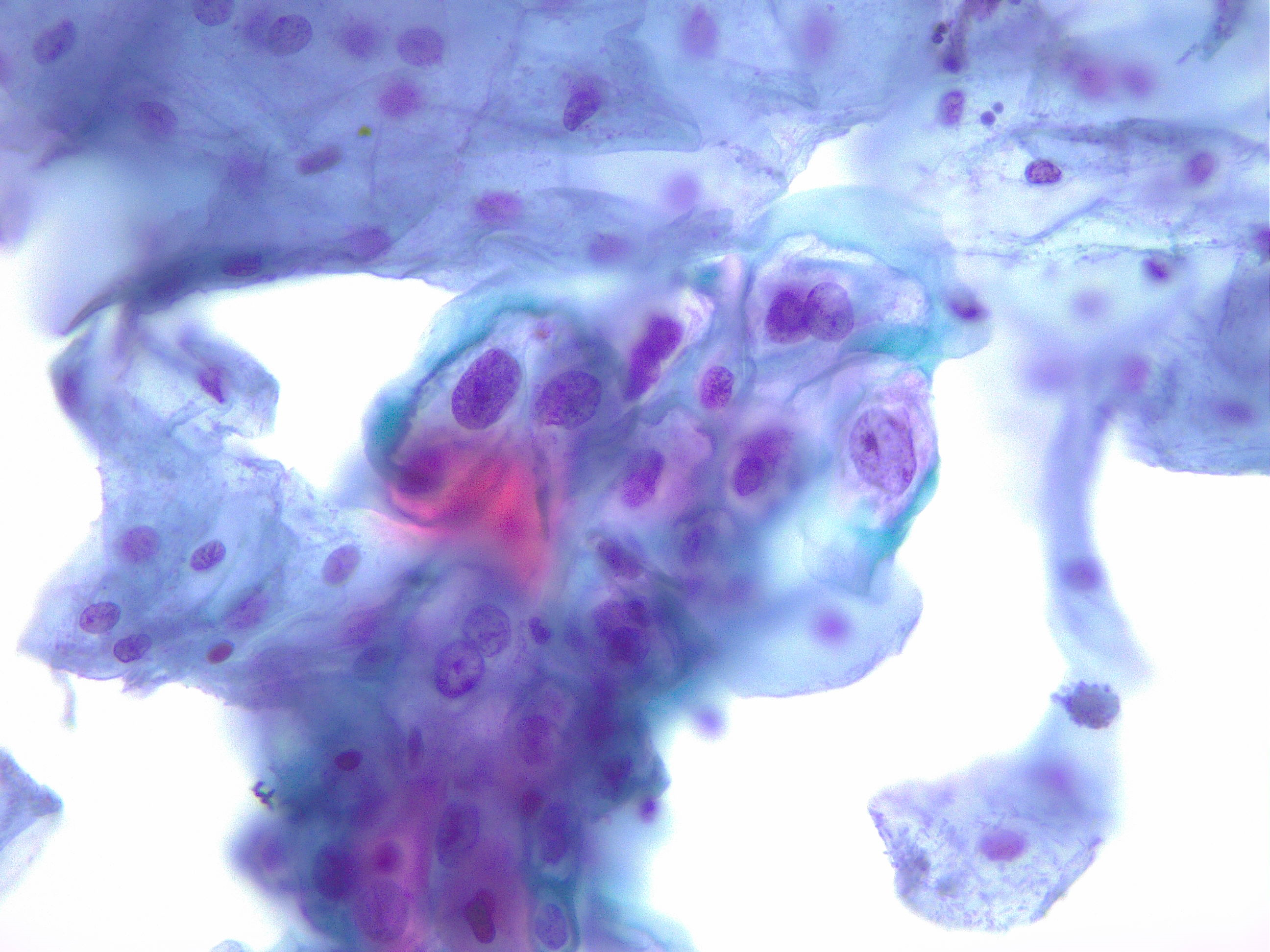 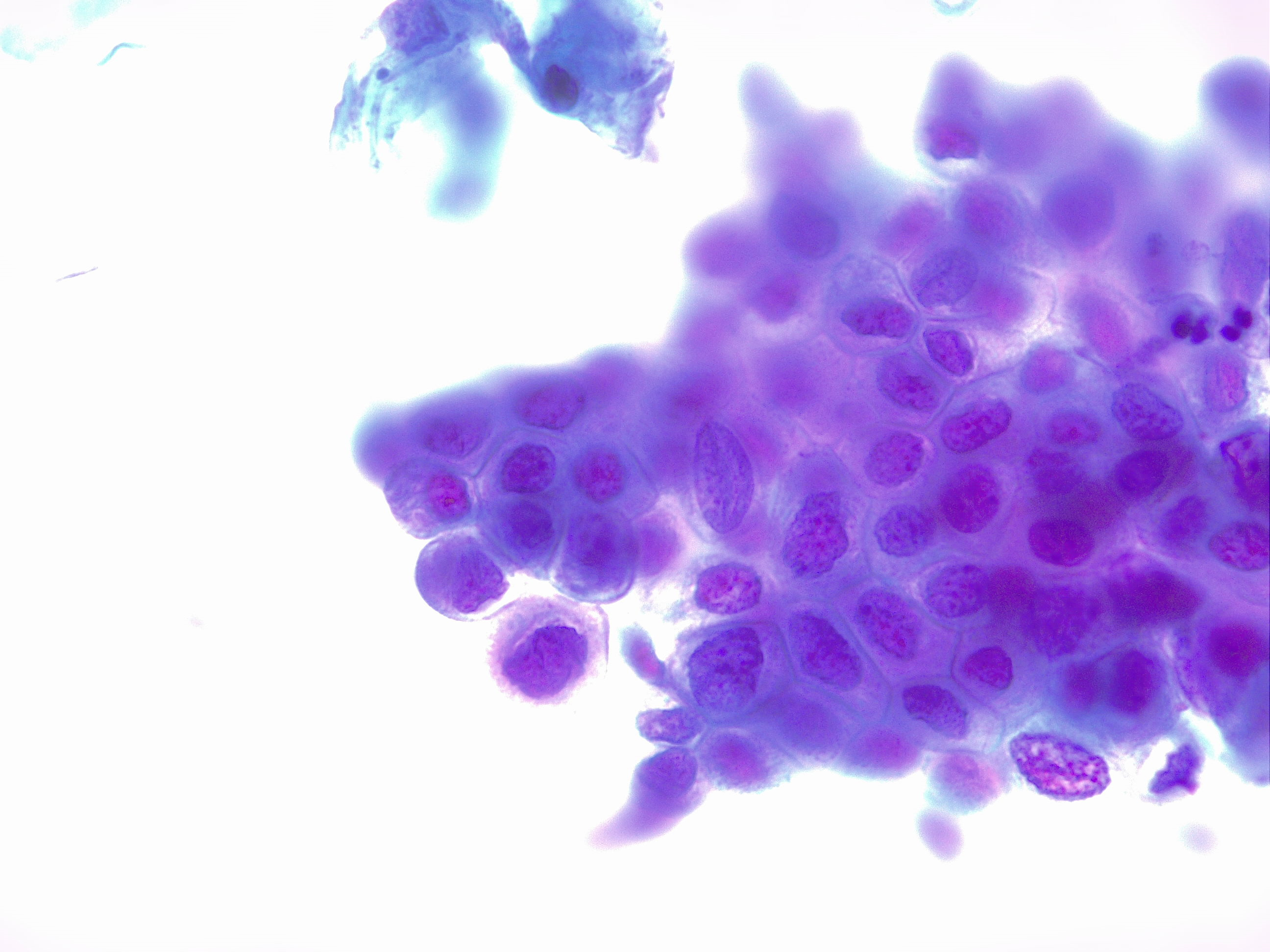