Historically, the screening for gestational diabetes consisted of assessing patients history, past medical obstetric outcomes, and family history of type 2 diabetes mellitus. Even though it was useful, it was not appropriate. This screening method failed to identify approximately one-half of pregnant women with GDM. In 1973 a significant study suggested the use of the 50 g 1-hour oral glucose tolerance test as a screening for gestational diabetes; this is a very reliable method for screening, and it is used for approximately 95% of obstetricians in the united states of America as a method for screening GDM during pregnancy. In 2014, the U.S preventive service task force recommended screening all pregnant women for GDM at 24 weeks of gestation.[1][2][3][4]

Gestational diabetes etiology is apparently related to 1) the pancreatic beta-cell dysfunction or the delayed response of the beta cells to the glycemic levels, and 2) the marked insulin resistance secondary to placental hormonal release. The human placental lactogen is the main hormone related to increased insulin resistance in GDM. Other hormones related to the development of this disease are growth hormone, prolactin, corticotropin-releasing hormone, and progesterone, these hormones contribute to the stimulation of insulin resistance and hyperglycemia in the pregnancy.

It has been reported some clinical risk factors for developing gestational diabetes. Those clinical factors include[3]:

Gestational diabetes affects around 2 to 10% of pregnancies in the United States of America.

Women with gestational diabetes (GDM) have an increased 35 to 60% risk of developing diabetes mellitus over 10 to 20 years after pregnancy.[3][4]

The human placental lactogen is a hormone released by the placenta during the pregnancy. It holds a comparable composition to growth hormone and induces important metabolic changes during pregnancy to support the maintenance of fetal nutritional status. This hormone is capable of provoking alterations and modifications in the insulin receptors. The following molecular variations appear to have links to diminishing glucose uptake at peripheral tissues:1) molecular alteration of the beta-subunit insulin receptor, 2) diminished phosphorylation of tyrosine kinase, 3) remodelings in the insulin receptor substrate-1 and phosphatidylinositol 3-kinase.

Maternal high glucose levels cross the placenta and produce fetal hyperglycemia. The fetal pancreas gets stimulated in response to the hyperglycemia. Insulin anabolic properties induce fetal tissues to growth at an increased rate.[3]

There are reports that a higher body mass index and obesity can lead to low-grade inflammation. Chronic inflammation induces the synthesis of xanthurenic acid, which is associated with the development of pre-diabetes and gestational diabetes mellitus.[5]

The past medical obstetric outcomes and family history of type 2 diabetes mellitus are important components of the history taking in GDM. The clinical features of gestational diabetes mellitus can be varied. The disproportionate weight gain, obesity, and elevated BMI can be suggestive features. The diagnosis is established by the laboratory screening method at the 24 to 28 weeks of pregnancy.

The American Diabetes Association (ADA) has noted that measurement of hemoglobin A1C is usable, but it may not be suitable to use alone, due to decreased sensitivity compared to oral glucose tolerance test.

The ACOG recommended levels of blood glucose in pregnancy is fasting plasma glucose under 95 mg/dL, 1 hour postprandial under 130-140 mg/dL, 2 hours postprandial below 120mg/dL.

In the postpartum period, 24 to 72 hours after the delivery, it is recommended to monitor glucose levels. After removing the placenta insulin resistance tends to improve, this can help escalate down insulin or hypoglycemic agents. Glycemic therapy will point towards achieving a euglycemic glucose level. At 4 to 12 weeks post-partum, it is recommended to perform a 75g oral glucose tolerance test to rule out the possibility of development of type 2 diabetes.[1][6][4][6]

Gestational diabetes management begins with nonpharmacologic measurements like diet modifications, exercise, and glucose monitoring. The ADA recommends nutritional counseling by a registered dietitian and development of a personalized plan based on the patients BMI. In some settings, in which dietitians are not able, the physician can provide recommendations based on the three major nutritional concepts: caloric allotment, caloric distribution, and carbohydrate intake.

The amount of exercise recommended in GDM is 30 minutes of moderate-intensity aerobic exercise at least five days a week or a minimum of 150 minutes per week.

If the patient glycemic control is not adequate despite optimal adherence to diet and exercise, it is recommended to begin pharmacologic treatment. The ADA first line of treatment for GDM is insulin. The therapy with insulin has been considered the standard therapy for gestational diabetes management when adequate glucose levels are unachievable with diet and exercise.

Basal insulin dose can be calculated using the patient’s weight formula, 0.2 units/kg/day. If the blood glucose level becomes elevated following a meal, rapid-acting insulin, or regular insulin can be prescribed before the meal, starting the dose with 2 to 4 units.

The patient should divide the total daily dose of insulin into two halves; one half given as basal insulin at bedtime, and the other half divided between three meals and given as rapid-acting, or regular insulin before meals.

Lispro and aspart have approval for usage in pregnancy. The short-acting insulin is associated with less hypoglycemia.

Many women do not receive the appropriate screening for diabetes mellitus before pregnancy, so in some cases, it is challenging to distinguish gestational diabetes from preexisting diabetes.[7][9]

ADA and ACOG recommend repeating testing every 1 to 3 years for women who developed GDM and had normal postpartum screening results.[12][13]

OB/GYN physicians best manage gestational diabetes. However, it can include consultations with the endocrinology department to suggest recommendations for cases of hyperglycemia refractory to treatment.[14][13][14]

Patient education is necessary. Education regarding appropriate diet changes, exercise, and lifestyle modifications can help to improve outcomes in patient with gestational diabetes.[14][13]

Many pregnant women who develop diabetes are not diagnosed until very late, which significantly increases the morbidity of the disease.

Many healthcare institutions are now operating pharmacy or nurse practitioner diabetic clinics that offer diabetic education to pregnant females. These clinics regularly monitor blood glucose and refer patients to an endocrinologist. This practice reduces the burden of the obstetrician, lowers healthcare costs, and helps the delivery of optimal care for those who need it.

All members of the interprofessional healthcare team need to collaborate and work together to manage gestational diabetes. Nursing stands at the forefront of patient encounters to determine adherence to therapeutic choices, and monitor for therapy efficacy as well as being alert for potential adverse effects, which they will communicate to other team members. Pharmacists need to perform medication reconciliation, verify the dosing of insulin or other antihyperglycemic drugs, and assist with patient counseling about medication and lifestyle adherence. In this cooperative paradigm, the interprofessional team can guide outcomes most successfully. [Level 5] 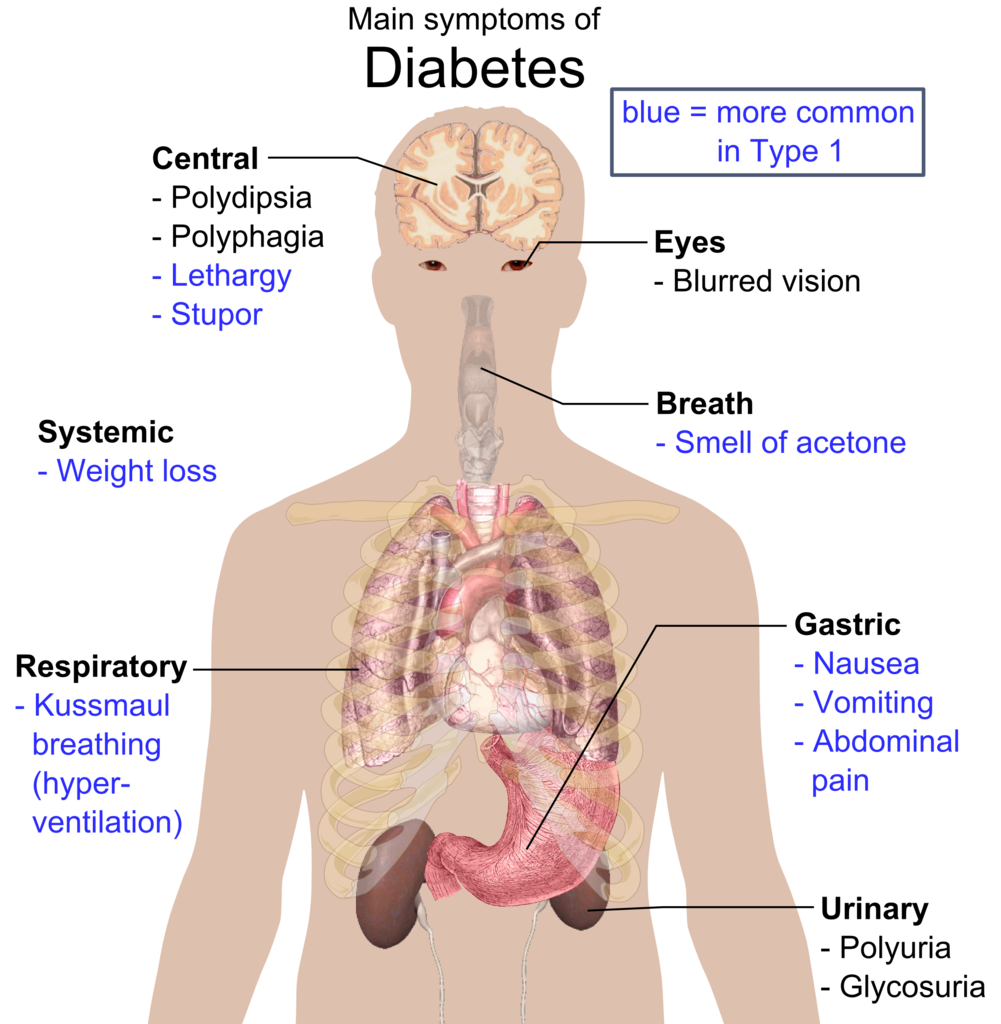 The process of clinical islet transplantation for the treatment of diabetes
Contributed by Wikimedia Commons, Giovanni Maki (CC by 2.5) https://creativecommons.org/licenses/by/2.5/deed.en