Elderly patients with head trauma represent a large proportion of patients seeking medical attention. There are special considerations and challenges when evaluating and treating these patients. A multidisciplinary approach is necessary to treat geriatric head trauma patients adequately.

Trauma is a leading cause of morbidity and mortality among older patients.  Head trauma in the elderly represents a particularly challenging subset of cases in patients with trauma.  Elderly patients tend to have a higher number of chronic medical conditions, which increases the risk of death in traumatic injuries.[1] When compared to younger patients, elderly patients with traumatic head injuries were much more likely to die or require long term care.[2]

Patients older than 60 years old are a growing demographic in the developed world and are at higher risk for traumatic injury.  The definition of "elderly" or "geriatric" is a controversial topic.  Many articles base the definition of "geriatric" at age 65, but for the most part, this does not have a basis in evidence-based medicine.  Age 65 is commonly used as a default; however, evidence supports that a patient's preexisting conditions and comorbidities may be a better predictor of long term complications secondary to trauma.[3]  These comorbidities in older patients make them more susceptible to falls, such as in unilateral weakness secondary to stroke.  Also, elderly patients commonly take more medications, which can precipitate falls, cause confusion, or worsen bleeding.  For example, aspirin or even more potent forms of anticoagulation, such as coumadin, can drastically worsen traumatic intracranial bleeds.  These chronic conditions compounded by the effects of polypharmacy cause elderly patients to have less capacity to compensate for traumatic injuries.

Falls are the most common etiology of traumatic injury.[4] Research has revealed that elderly patients older than 65 years old have about a 27% chance of fall in any given year.[5] Most of the falls in the geriatric population tend to be ground-level falls, which would otherwise be benign in younger patients.

Anatomical changes that come with aging affect the pathophysiology of head trauma in the elderly.  When compared to a younger population, subdural hematomas (along with intraparenchymal hemorrhages) are the most common types of intracranial bleeds.[7] This difference is explainable by the increased adherence of the dura to the skull in elderly patients. Subsequently, the underlying bridging veins in the elderly are more likely to be damaged in head trauma. As the bridging veins bleed within the skull, intracranial subdural hematomas form as opposed to epidural hematomas, which occur more commonly in younger patients.

Also, advancing age often leads to progressive brain atrophy leaving more room for increased bleeding for the subdural hematoma within the cranial cavity.[7] This situation leads to delayed onset of symptoms, which may cause elderly patients to seek care later.   Delay in presentation and subsequent delays in initiation of treatment contribute to the higher morbidity and mortality in the elderly.

The higher incidence of chronic dementia in the elderly may also cause delays in presentation and treatment.  Obtaining an accurate history and physical exam in an elderly patient with dementia can be particularly challenging.

A subset of the elderly population that requires special consideration are the patients on anticoagulation.  A variety of medical conditions such as atrial fibrillation, pulmonary embolism, or deep vein thrombosis require the use of anticoagulation medications. These conditions become increasingly common as the population ages.  In fact, as high as 10% of the elderly patients presenting with trauma are on coumadin.[8] Coumadin is the most commonly used anticoagulant, but the use of newer direct oral anticoagulant medications such as dabigatran is rapidly increasing.  All of these medications increase the amount and rate of bleeding, which would increase the chance of long term disabilities and the possibility of death.[9]

The initial evaluation of a geriatric patient begins with the standard trauma primary survey of the airway, breathing, circulation, disability, etc.  Supportive immediate resuscitative care such as intubation may be required to stabilize the patient before a thorough evaluation of potential head trauma can be started. Then, a detailed history is necessary to determine if head trauma has occurred.  An occult presentation of head trauma is much more likely to be present in geriatric patients.[10]  Unconscious patients, those with dementia, or who present with altered mental status may not be able to give an adequate history.  In that case, the history should be obtained from multiple sources such as family, friends, bystanders, EMS as well as the patient him or herself.  Any report of possible syncope by the patient or other witnesses warrant consideration for potential traumatic injury.

A thorough examination of older patients with traumatic injuries is of particular importance.  Subtle bruising may be the only indication of traumatic injury, especially in demented patients with non-specific complaints.  On the other hand, the physical examination is often less reliable with older patients.  Acute focal neurological deficits may be difficult to differentiate from chronic neurological findings. Even the Glasgow Coma Scale (GCS) has been found to be less accurate when assessing older patients with a traumatic head injury.[11] Also, geriatric patients may experience more difficulty in localizing their pain on examination, which may obscure significant physical findings in these patients.[12]

Diagnosis of clinically significant head trauma such as an intracranial bleed does not require any laboratory testing.  However, labs and other studies are necessary to assess for any underlying medical conditions that may have precipitated the traumatic injury in the first place such a syncope (i.e., EKG, chest radiographs, urinalysis, basic labs, cardiac enzymes, etc.) in addition to help facilitate potential surgical intervention if the diagnosis of a head bleed is confirmed.  In particular,  PT/INR requires examination in patients taking coumadin with a significant head injury in preparation for possible coumadin reversal. While there is no specific test to evaluate novel direct oral anticoagulation (NOAC) efficacy, thromboelastogram can help direct reversal.

If meeting specific criteria, cases of intracranial bleed such as epidural hematoma, subdural hematoma, or intracerebral hemorrhage often require surgical intervention. Prompt consultation with a neurosurgeon is required to make the determination. Often burr hole placement and/or craniectomy is the definitive treatment for these intracranial bleeds.

Blood pressure management is required to prevent hypotension.  Normal saline is preferred to achieve euvolemia when compared to dextrose or balanced crystalloid solutions such as lactated Ringer's solution in cases of traumatic brain injury to prevent cerebral edema.[13]

Airway management, such as intubation, may be necessary for airway protection and to prevent hypoxia.

Treatment of increased intracranial pressure includes keeping the head of the bed raised to 30 degrees and maintaining the neck in a neutral position. Osmotic therapy using IV hypertonic saline or mannitol can be a consideration in consultation with neurosurgery.

Elderly patients (ages 60 to 99) with severe head trauma (defined as a Glasgow Coma Scale less than 9) have a greater than 80% chance of death and/or long term disability.[2]

As mentioned previously, the most common causes of geriatric trauma are falls and motor vehicle collisions. Strategies to prevent these occurrences will serve to decrease the incidence of geriatric head injuries.  Fall prevention is paramount, and patient education can be crucial.  Ambulation assistance devices such as canes, walkers, and eventually wheelchairs can help prevent falls. Other simple strategies such as rug removal to avoid trips and falls in the home can also be employed.  To prevent motor vehicle collisions, physicians must be vigilant to assess for medical conditions that would preclude elderly patients from safely operating a motor vehicle.  Impaired vision, seizures, syncopal episodes, and polypharmacy can significantly impair the young and old alike from safe driving.

Elderly patients are a particularly vulnerable trauma population. They are at particular risk of injury and prolonged recovery associated with a myriad of complications.

In particular, elderly patients on anticoagulation should be given special attention with a low threshold for injury suspicion.

An interprofessional team approach should be in place to keep patients out of the hospital, co-manage care once in the hospital, as well as for post-hospitalization recovery planning.

Interdisciplinary collaboration is essential in providing medically appropriate and compassionate care to elderly patients. Physicians and nursing have to work with not only the patient but often the patient's family and friends to determine the best course of action. Also, social workers and spiritual professionals can be invaluable in such cases. As a result, palliative care often becomes the primary focus of treatment in these elderly patients. 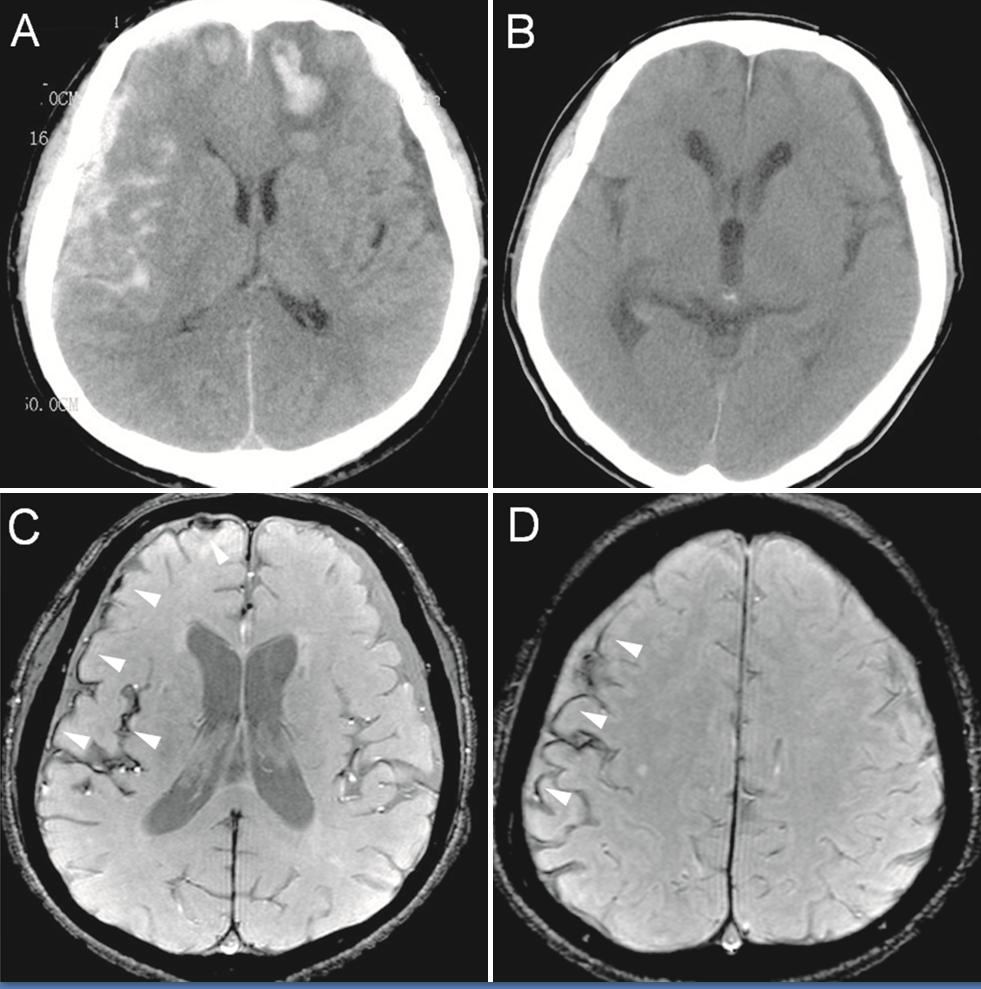