Nearly half a million people require hemodialysis, and each year approximately 100,000 new cases of end-stage renal disease are diagnosed. Consequently, many patients require hemodialysis and vascular access. There are multiple types of arteriovenous (AV) hemodialysis access, though autogenous AV access has higher patency rates and lower risk of complications when compared to prosthetic arteriovenous access, and lower risk of infection compared to temporary central venous catheters. This activity describes the indications, contraindications and complications of arteriovenous fistulas and highlights the role of the interprofessional team in the care of patients undergoing arteriovenous fistula formation.

There are nearly half a million-people requiring hemodialysis with approximately 100,000 new cases of end-stage renal disease (ESRD) on an annual basis. There are multiple types of arteriovenous (AV) hemodialysis access. In 2003, the Centers for Medicare and Medicaid Services (CMS) and the ESRD networks developed an initiative called the Fistula First Initiative. The results of this program aimed at to reduce the increasing cost burden of hemodialysis frequently associated with complications secondary to access. Of the types of AV access, an autogenous AV access has higher patency rates and low risk of complications when compared with prosthetic arteriovenous accesses and lower risk of infection compared to temporary central venous catheters (CVC). The goals of the initiative were to raise the use of AV access at the initiation of dialysis. A thorough preoperative workup is imperative to establishing long-term hemodialysis access.

A fistula is created when long-term hemodialysis is required. Nephrologists consider a measurement of eGFR and other of signs and symptoms associated with kidney failure when initiating hemodialysis. Typically, symptoms develop as eGFR declines below 10 mL per minute per 1.73 m. Uremic pericarditis and uremic pericarditis are absolute indications that develop with eGFR less than 5. Other more commonly seen symptoms include declining nutritional status, inability to maintain fluid volume, or difficulty treating fluid overload, fatigue, or cognitive impairment. Patients with chronic kidney disease are frequently monitored and may develop acidosis, hyperkalemia, and hyperphosphatemia. As these values continue to worsen, initiation of hemodialysis should be considered. Creatinine clearance less than 25 ml per minute is a commonly used lab indicator along with serum creatinine greater than 4 mg/dl. Any patient with a suspected need for hemodialysis within 1 year should have long-term access planning initiated.

A thorough patient history, physical examination in conjunction with preoperative assessment. Careful consideration of the patient’s dominant extremity and prior interventions or injuries possibly affect the potential access site. A physical examination with a tourniquet in place is used to inspect the arm for visible cephalic and basilic veins. A thorough pulse examination including Allen’s test should be done to assess arterial flow distally to the hand. Extensive collateral vessels, edema and a history of a prior central venous catheter (CVC) may hint at central stenosis and potential problems with planned AV access in the extremity. A venous duplex scan is used to assess for adequate venous diameter and lack of arterial stenosis peripherally. It is accepted that a minimum of 2.5 mm with a tourniquet is required to achieve a functional mature fistula. Once adequate vascular is identified in preoperative planning, surgery may be planned.

The type of surgically placed fistula is dependent upon numerous factors. It is accepted practice to begin surgical planning as distally as feasibly possible. The adequate venous diameter may limit or preclude a distal AV access site. The ideal preferences for placement of fistula are the creation of AV fistula is radial-cephalic, brachial-cephalic, and then brachial-basilic transposition all which follow the National Kidney Foundation Kidney Disease Outcomes Quality Initiative (NKF-KDOQI) clinical practice guidelines. The technical perspective of using native vessel has been demonstrated to achieve greater patency rates with fewer complications. When unavailable, use of prosthetic grafts can be placed as an alternative.[1][2][3][4]

The preferred distal AVF location is the radial-cephalic fistula, which is an anastomosis of the radial artery and the cephalic vein at the level of the wrist. This is commonly called a Cimino fistula based upon the original fistula created by Dr. James Cimino in 1966. The creation of a distal fistula is technically simple in creation. Distal patency rates at one year are approximately 50% to 80%. Consideration of lower blood flow rates achievable during dialysis at this distal site. The use of this distal access site preserves more proximal vessels for subsequent attempts at creating a fistula.

When an inadequate distal cephalic vein is present for the creation of a distal fistula, a proximal variant is planned for. Two such options exist. First is a brachial-cephalic fistula, which is an anastomosis between the brachial artery and the cephalic vein in the proximal forearm. The second is a brachial-basilic fistula, which is an anastomosis between the brachial artery and the basilic vein in the upper arm. At these locations, a prosthetic variation can be used to create the fistula. One-year patency rates of these proximal fistulas range from approximately 70% to 85%. There are some technical considerations. A brachial-basilic fistula is created a deeper depth based upon the native position of the vessels and often requires a second superficialization procedure to bring the fistula up to a depth of 6 mm from the skin. There is a one-staged brachio-basilic fistula which is proven to have similar patency and complication rates, however, is not the standard technique adopted universally. Proximal fistulas are associated with a higher rate of complications than distal fistula creations. These include inadequate maturation of the fistula, steal syndrome, stenosis, thrombosis, and alterations in cardiac output.

Multiple steps vary for the creation of different types of fistulas. The steps in creating any fistula involve preoperative evaluation of the vasculature, the possible harvest of a vessel for transposition or use of autogenous graft, the creation of an anastomosis, ligation of branch vessels and wound closure.

The anastomosis can be completed between artery and vein on one of two techniques. These techniques include side to side anastomosis or artery side to vein end anastomosis. Proximity and diameter of the vasculature are determinants in consideration of either technique used for anastomosis. An end to end anastomosis is no longer used. This is due to it requiring ligation of distal flow, normally the radial artery, and has a higher rate of complication.

Maturation of the fistula is defined by a commonly used Rule of 6s for fistula maturation. This includes:

Mechanical failure causes early Av thrombosis. This can result in inflow or outflow from the fistula, central stenosis, or small vein caliber. When an early AV thrombosis if identified requires surgical intervention to correct the technical, mechanical error. This can be avoided though thorough preoperative planning and workup.

Late AV thrombosis is commonly due to intimal hyperplasia. Angioplasty, thrombectomy, and tPA thrombolysis are possible interventions to attempt to salvage.

Patients may develop venous hypertension which in up to 50% of patients is secondary to central stenosis. The patient can develop symptoms of limb edema, varicosities, prolonged bleeding following dialysis sessions or increased venous pressures during dialysis. Treatment is geared towards treatment of central stenosis. This can be done through endovascular treatment with angioplasty and stenting. If unsuccessful, ligation and an alternative limb may be used.

Steal syndrome is arterial blood redirected away from the hand. Symptoms vary depending on the severity. Mild symptoms may be exacerbated and only present during dialysis. The treatment is dependent upon the severity, mild cases may resolve with time. However, more severe symptoms often necessitate ligation of the access.

IMN is characterized by acute pain, paresthesia, weakness or paralysis immediately following the creation of an AV fistula creation. There is limited ischemia to the nerves as IMN is a type of steal syndrome.  Ligation of the access prevents continuing progression and permanent nerve damage.

Occur from repeated cannulation causing the destruction of the native vessel or graft leaving thinning of the skin. Ways to avoid the development of pseudoaneurysms are rotating puncture sites. Most can be observed without consequence. Repair involves excision of the affected area and repair with transposed vein or graft.

Following surgical intervention bleeding, infections and seroma development are complications not specific to fistula creation but surgery in general. Bleeding may be exacerbated by uremia requiring DDAVP to assist with control of bleeding in a dialysis patient.

The creation of fistulas is part of the long-term planning of access for hemodialysis in patients with ESRD. A multidisciplinary approach manages the planning, creation, and maintenance of the fistula.

The creation of fistulas is part of the long-term planning of access for hemodialysis in patients with ESRD. an interprofessional approach manages the planning, creation, and maintenance of the fistula. Before a fistula is planned the dialysis nurse should visit the patient and place a sign on the bed that the hand should not be used for phlebotomy or blood pressure measurement. The patient should be educated to refuse all healthcare workers access to the arm- this is done to protect the arm veins. In addition, the surgeon should examine the patient to determine the type and quality of the cephalic vein. If the vein is not visualized, an ultrasound may be required to map the vein and document its size. In all cases, the fistula should first be attempted by the autogenous vein.[5] 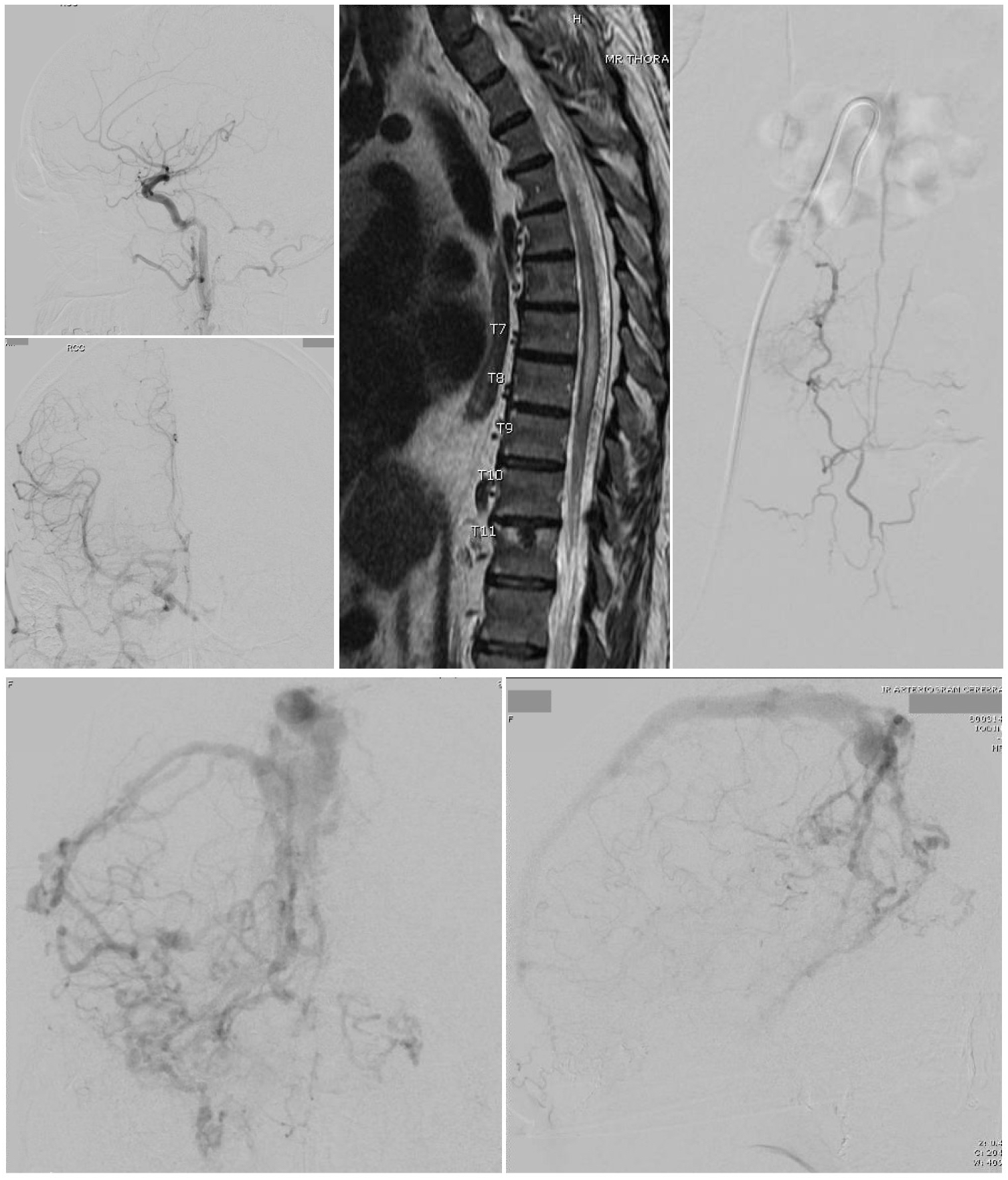