Bacillus cereus is a facultatively anaerobic, toxin-producing gram-positive bacterium found in soil, vegetation, and food. It commonly causes intestinal illnesses with nausea, vomiting, and diarrhea. However, it has been associated with serious infections in immunocompromised hosts and can cause septicemia as well as endophthalmitis, which can lead to vision loss. This activity outlines the evaluation and treatment of Bacillus cereus and reviews the role of the interprofessional team in managing patients with this condition.

Bacillus cereus is a toxin-producing facultatively anaerobic gram-positive bacterium. The bacteria are commonly found in the environment and can contaminate food. It can quickly multiply at room temperature with an abundantly present preformed toxin. When ingested, this toxin can cause gastrointestinal illness, which is the commonly known manifestation of the disease. Gastrointestinal (GI) syndromes associated with B. cereus include diarrheal illness without significant upper intestinal symptoms and a predominantly upper GI syndrome with nausea and vomiting without diarrhea. B. cereus has also been implicated in infections of the eye, respiratory tract, and wounds. The pathogenicity of B. cereus, whether intestinal or nonintestinal, is intimately associated with the production of tissue-destructive exoenzymes. Among these secreted toxins are hemolysins, phospholipases, and proteases.[1][2]

B. cereus is a common bacterium, present ubiquitously in the environment. It has the ability to form spores which allows it to survive longer in extremes of temperature. Consequently, it is found as a contaminant of various foods, i.e., beef, turkey, rice, beans, vegetables. The diarrheal illness is often related to meats, milk, vegetables, and fish. The emetic illness is most often associated with rice products, but it has also been associated with other types of starchy products such as potato, pasta, and cheese. Some food mixtures (sauces, puddings, soups, casseroles, pastries, and salads, have been associated with food-borne illness in general.[3][4]

Bacillus cereus is caused by the ingestion of food contaminated with enterotoxigenic B. cereus or the emetic toxin. In non-gastrointestinal illness, reports of respiratory infections similar to respiratory anthrax have been attributed to B. cereus strains harboring B. anthracis toxin genes.

The FDA "Bad Bug Book" further breaks this down and states that there are an estimated 63,400 episodes of B. cereus illness annually in the United States. From 2005 to 2007, there were 13 confirmed outbreaks and 37.6 suspected outbreaks involving over 1000 people.

Everyone is susceptible to B. cereus infection; however, mortality related to this illness is rare. The emetic enterotoxin has been associated with a few cases of liver failure and death in otherwise healthy people. The infective dose or the number of organisms most commonly associated with human illness is 10^5 to 10^8 organisms/gram, but pathogenicity arises from the preformed toxin, not the bacteria themselves.

The pathogenicity of B. cereus, whether inside or outside the gastrointestinal (GI) tract, is associated with exoenzyme production. Among the secreted toxins are four hemolysins, three distinct phospholipases, and three pore-forming enterotoxins. The enterotoxins which activate the nod-like receptor protein-3 (NLRP3) are hemolysin BL (HBL), nonhemolytic enterotoxin (NHE), and cytotoxin K. In the small intestine, vegetative cells, ingested as viable cells or spores, produce and secrete a protein enterotoxin and induce a diarrheal syndrome. Cereulide is a plasmid-encoded cyclic peptide, which is produced in food products and ingested as a formed toxin. In rabbit ligated ileal-loop assays, culture filtrates of enterotoxigenic strains induced fluid accumulation and hemolytic, cytotoxic, dermonecrosis, and increased vascular permeability in rabbit skin.[7] The enterotoxin is composed of a binding component (B) and two hemolytic components, designated HBL. In the diarrheal form of the disease, a nonhemolytic three-component enterotoxin, designated NHE, has been identified. The non-hemolytic enterotoxin (NHE) from Bacillus cereus activates the nod-like receptor protein-3 (NLRP3) inflammasome and pyroptosis. This leads to programmed cell death initiated by the activation of inflammatory caspases of the infected tissue.[8]

B. cereus is a catalase-positive, facultatively anaerobic, spore-forming gram-positive bacilli. However, it can appear Gram variable in some cases. On blood and chocolate agar Gram staining, B. cereus has a uniform bacillary appearance. Their size ranges from 3 x 0.4 microns to 9 x 2 microns. Colonies of B. cereus have an irregular perimeter and are opaque on sheep blood agar. When grown on an egg yolk agar, a zone of opacification will be noted due to lecithinase production. In body fluids, it appears straight or slightly curved. It can appear alone or in short chains on body fluid gram stains. B. cereus appearance in tissue sections can show long and filamentous organisms. Clear spores may or may not be present.

For diarrheal-type illnesses, symptoms include profuse watery diarrhea, abdominal pain, and cramping. Nausea and vomiting are seldom seen. Symptom onset is usually within 6 to 15 hours of eating food left at room temperature for more than 2 hours. The toxin associated with this form of the illness is produced in the small intestine of the patient after ingestion of the bacilli or the spores. Pore-forming cytotoxins (hemolysin BL, nonhemolytic enterotoxin, and cytotoxin K) are secreted by the ingested vegetative cells. These toxins are heat-labile.

For emetic-type illnesses, symptoms include nausea and vomiting, similar to the presentation associated with Staphylococcus aureus food-borne illness. Diarrhea may be present in some individuals as well. Symptom onset is generally within 30 minutes to 6 hours of consuming rice or starchy foods left at room temperature, even after being reheated. This illness is due to the presence of cereulide, an ionophoric low-molecular-weight dodecadepsipeptide that is pH-stable and resistant to heat and proteases.

Symptoms for both types usually resolve within 24 hours after onset.

The ubiquitous presence of B. cereus in the environment makes it a potential organism for infection when direct penetrating injuries or hematologic access is present. Risk factors for complicated and severe disease include immunosuppression, intravenous drug abuse, and the neonatal period. The association of intravenous drug use and extraintestinal B. cereus infections is related to the use of contaminated needles and drug specimens. Patients with an indwelling venous catheter or a traumatic/surgical wound are at increased risk of complicated infections by this organism.

Endophthalmitis is a vision-threatening eye infection resulting from microbial infection of the inner eye. This is the most common extraintestinal manifestation of this disease. The hallmark ophthalmic lesion is a corneal ring abscess, which may be accompanied by rapid progression of pain, proptosis, chemosis, retinal hemorrhage, and perivasculitis. Systemic manifestations include fever, leukocytosis, and generalized malaise. Ocular trauma with penetrating injury is the most common cause of this infection.

Bacteremia and endocarditis can also occur with this infection. True B. cereus bacteremia can occur with intravenous drug use, central venous access catheters, or mucosal injuries/compromise in patients with neutropenia. Patients with immunosuppression, particularly those with underlying hematologic malignancies, are at high risk for this type of infection with bacillus species. Patients with bacillus bacteremia often present with alteration of consciousness and have secondary nervous system involvement. Endocarditis with bacillus species is usually associated with intravenous drug use, central venous catheters, or the presence of intracardiac hardware such as prophetic valves and/or pacemakers.

Soft tissue and bone infections can occur with penetrating trauma or mucosal injury. These include gunshot wounds, open fractures, animal bites, and burn wounds, to name a few. Cellulitis and necrotizing soft tissue infection can also occur. B. cereus can also cause superimposed infection of chronic osteomyelitis sites.

Keratitis secondary to B. cereus infection can occur due to corneal abrasions, including those secondary to contact lens use.

In extraintestinal infections, evaluation is made with body fluid analysis. For example, the diagnosis of endophthalmitis can be made by the gram-staining of vitreous fluid.

It is important to note that bacillus species in blood cultures is often considered a contaminant. In the correct clinical setting, this should be regarded as true bacteremia rather than contamination.

B. cereus infection is usually self-limited and does not require any targeted therapy. Treatment for most patients is symptomatic care with oral hydration. Most patients recover within 24 hours after symptom onset. Empiric antibiotic therapy for gastrointestinal syndromes secondary to B. cereus infections is not indicated. In severe cases, intravenous fluid hydration may be necessary.[9][10][11]

The majority of severe and systemic illnesses are caused by ocular infections by this organism. B. cereus ocular infections can rapidly destroy an infected eye, especially in penetrating trauma with a foreign body. In suspected cases, rapid therapeutic intervention is mandatory irrespective of the results of immediate diagnostic testing. The outcome varies with the microbial agent involved and the rapidity of and response to treatment. B. cereus produces beta-lactamases and is resistant to beta-lactam antibiotics. When antibiotics are required, treatment with vancomycin, gentamicin, chloramphenicol, or carbapenems should be considered. Clindamycin, tetracycline, and erythromycin have had variable results with susceptibility testing and are not considered first-line agents. A 2007 study testing susceptibility of Bacillus species to various antibiotics reported universal resistance to trimethoprim/sulfamethoxazole and beta-lactam antibiotics by various B. cereus species. Some were clindamycin and erythromycin resistant as well. According to this study, all Bacillus isolates were susceptible to chloramphenicol, ciprofloxacin, gatifloxacin, gentamicin, levofloxacin, linezolid, moxifloxacin, rifampicin, streptomycin, tetracycline, tigecycline, and vancomycin.[12] In severe cases with risk of systemic infection, simultaneous therapy via multiple routes, i.e., intravenous and intraocular, may be required.[13]

Patients on systemic corticosteroids, those who are hospitalized, and those with neutropenia have a poor prognosis when combined with B. cereus bacteremia. Patients with hematologic malignancies and neutropenia, along with B. cereus infections, have a worse prognosis, which improves with the resolution of neutropenia.[14] A case series of patients with underlying hematologic malignancies and B. cereus bacteremia noted primary symptom presentation to be neurologic symptoms rather than gastrointestinal. Moreover, they noted these infections to be related to central venous catheters. Of the 12 patients in this case series, four died of B. cereus septicemia. They noted delayed initiation of appropriate antibiotics, liver dysfunction, and evidence of central nervous system involvement with a poor and fatal prognosis.[15] B. cereus infection in the neonatal period has been associated with a poor outcome despite timely antibiotic therapy.

Complications of gastrointestinal syndromes associated with B. cereus infections are uncommon and only occur in people with compromised immune systems. Complications in patients with extraintestinal infections include gangrene, cellulitis, aseptic meningitis, septicemia, and death.

Patients should be educated about the importance of handwashing for the prevention of these bacterial infections. Also, they should be provided with the necessary literature regarding the appropriate receiving, handling, processing, and storage of food and food products in order to prevent the infection.

Bacillus cereus infection is a relatively common infection. In the majority of the cases, infections are self-limited with no complications and do not require any treatment other than supportive care. However, B. cereus infections can become severe in immunocompromised patients and those with a direct infection of ocular tissue after penetrating trauma. These cases can rapidly progress to permanent vision loss, septicemia, and even death. Prompt recognition and a high degree of suspicion are required to improve outcomes. The clinical pharmacists can assist the medical team by assuring the appropriate selection of antibiotics as B. cereus is naturally resistant to two major classes of antibiotics. The critical care nurse can help minimize these infections in immunocompromised individuals by promptly removing indwelling central venous catheters. For mild cases, the nurse plays a vital role in educating patients on the appropriate food storage to prevent outbreaks. Care coordination between nurses, pharmacists, and medical providers will decrease the incidence of this disease and improve outcomes for critically ill patients.[Level 5] 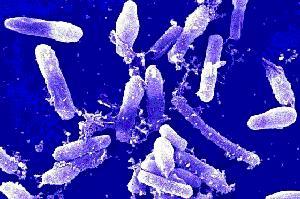