Astrocytoma originates in astrocytes, which are a kind of glial cells in the cerebrum which are star-shaped. It is the most common glioma, usually affecting the brain and sometimes the spinal cord. Amongst brain tumors, glial tumors comprise 60% of the tumors. They are a common cause of mortality and morbidity in both the young and old both. Astrocytomas are one of the common brain tumors. To avoid the high morbidity and mortality associated with this condition, they must be promptly diagnosed and treated. This article reviews the evaluation and treatment of astrocytoma and highlights the role of the interprofessional team in evaluating and treating patients with this condition.

Astrocytoma originates in astrocytes, which are a kind of glial cells in the cerebrum which are star-shaped. It is the most common glioma, usually affecting the brain and sometimes the spinal cord. Amongst brain tumors,  glial tumors comprise 60% of the tumors. They are a common cause of mortality and morbidity in both the young and old.

No underlying cause has been identified for the majority of primary brain tumors, the only established risk factor being exposure to ionizing radiation. Evidence for an association with other factors like exposure to electromagnetic fields (cellular telephones), head injury, or occupational risk factors is unproven. A minority of patients have a family history of brain tumors. Children who receive prophylactic radiation for acute lymphocytic leukemia (ALL) may have 22 times more chance of developing central nervous system malignancy within about 5 to 10 years. It has been shown that pituitary adenoma radiation therapy carries 16x more risk of glioma development.[1] There is a genetic susceptibility to glioma development, for example, in diseases like Turcot syndrome, p53 mutations (Li - Fraumeni), and NF1 syndrome. Amongst low-grade astrocytomas, about 66% demonstrate p53 mutations.[2]

Age-standardized rate of incidence of gliomas was 4.7/100,000 person-years.

Minimal racial differences have been found

The likelihood of pilocytic astrocytoma is increased in the first 2 decades. Whereas in the age group of 30-40, lowgrade astrocytomas are predominant, which comprise about one-fourth of adult cases.

The distribution of lowgrade astrocytomas is as follows:

Anaplastic astrocytoma has a mean age of about 40 years.

The local effects of astrocytoma are a result of multiple mechanisms. These include direct invasion and competition for oxygen, leading to hypoxic injury to normal brain parenchyma. Apart from this, free radicals, neurotransmitters, and inflammatory mediators are also responsible for disturbing the homeostasis. The mass effect due to the tumor is also responsible for the various clinical signs and symptoms.

Symptoms can be divided into two categories: general & focal. General symptoms include headache (usually early morning), nausea, vomiting, cognitive difficulties, personality changes, and gait disorders. Localizing symptoms include seizures, aphasia, or visual field defects. A visual field defect is often unnoticed by the patient, may be revealed after it leads to injury such as automobile accidents. Seizures occur in about 90% of patients with low-grade glioma.

Always do a full neurological examination. All signs should be well elicited as they have localizing features. For example, a positive Babinski's sign on the right side suggests a left lobe pathology. Similarly, the demarcation of sensory levels will help in localizing the spinal cord malignancy level. Cranial nerve palsies are a good sign for localizing intracranial locations. Further confirmation of the location of tumors should be done by neurological imaging.

Neuroimaging is the only test necessary to diagnose a brain tumor. MRI is the best imaging for the same. Gadolinium contrast-enhanced MR imaging should be used whenever possible. If there is any contraindication for MRI, such as joint implants or pacemakers in situ, computed tomography or CT may be done. Lower-grade gliomas aren't contrasting enhancing, so fluid-attenuated inversion recovery (FLAIR) sequences of MRI are done. If a tumor is found, a neurosurgeon must perform a biopsy on it. This simply involves the removal of a small amount of tumor tissue, which is then sent to a neuropathologist for examination and grading. CT appearance of lowgrade astrocytomas is also generally not very definitive. They are homogeneous, not well defined, and appear as poorly defined and non-contrast enhancing lesions. In anaplastic astrocytomas, there may be some contrast enhancement. There may be a possible metastatic disease; hence whole-body imaging should also be considered to look for an alternate primary.

On MRI, T2 hyperintensity is seen in astrocytomas, whereas on T1, there is isointensity. Tumor vascularity is very important; hence new techniques are being developed to identify it. These include ASL (arterial spin labeling) and DCE (dynamic contrast enhancement) MRI. Functional MRI is an upcoming imaging modality. It is useful pre-surgery to demarcate various areas of the brain on the basis of functionality. Other modalities include PET scan, MRS (magnetic resonance spectroscopy), and perfusion. These may give information about metabolic action in the tumor, the blood flow characteristics, and the constitution of the tumor. Using this, it can be determined whether the lesion is progressive or necrosed after chemotherapy and radiotherapy.

WHO classification(2016) classifies diffuse astrocytomas as grades II, III, and IV. Grade I infiltrating astrocytoma is not mentioned. It is based on the following four characteristics: 1. Nuclear atypia: nuclear pleomorphism and hyperchromasia 2. Mitoses:

Glioma Treatment Recommendations Based on Grade

As with the rest of the malignancies, a multimodal treatment approach is undertaken, including surgical, medical, and radiation oncology.

Low-grade astrocytomas: No clear superiority of any particular modality is known. As these low-grade tumors can be quite indolent, questions arise about the risk-benefit ratio of undertaking any intervention. A study by Ishkanian et al. demonstrated the efficacy of adjuvant radiotherapy for pilocytic astrocytoma (WHOgrade I), it prolongs PFS (progression-free survival)  at 5 and 10 years as compared to observation.[8] Overall, survivals were equal, however.

Prophylactically starting antiepileptics is controversial. Those who have a complaint of seizure should be started on antiepileptics. For seizures, the patient is usually started on levetiracetam, topiramate, lamotrigine, valproic acid, and lacosamide. These drugs interfere less with the hepatic microsomal enzyme system. Other drugs such as phenytoin and carbamazepine are used less frequently as they are potent enzyme inducers that can interfere with both glucocorticoid metabolism and metabolism of chemotherapeutic agents. Corticosteroids are also used as they lead to excellent symptomatic relief due to their anti-inflammatory action. This leads to a decrease in mass effect. Dexamethasone is the glucocorticoid of choice because of its low mineralocorticoid activity. Initial doses are typically 12-16 mg/d in divided doses orally or IV ( both are equivalent). Concurrent prophylaxis for gastrointestinal ulcers should be prescribed with corticosteroid administration.

Surgery provides to remove/debulk the tumor. Moreover, histological diagnosis is made possible by the tissue biopsy provided by the surgeon. Other symptom-relieving procedures include ICT (intracranial tension), reducing procedures like VP shunting, EVD insertion, etc. It has been shown that complete resection (>98% based on volumetric MRI) improves median survival compared with subtotal resection (13 vs. 8.8 mo).[11] For low-grade gliomas, supratotal resection is also advocated (i.e., removal of tissue beyond the MRI-defined abnormalities), suggesting an increase in overall survival with this strategy.[12]

Venous thromboembolic disease occurs in 20% to 30% of patients with high-grade gliomas and brain metastasis; hence prophylactic anticoagulants should be used during hospitalization and in non-ambulatory patients. Those who have had deep venous thrombosis (DVT) or pulmonary embolus can receive safely therapeutic doses of anticoagulation without increasing risk for hemorrhage into the tumor.

mTOR inhibitors are also proposed for the treatment of grade 1 astrocytomas.

Staging is not done in astrocytoma. Grading only is done, as described previously, which is a determinant of prognosis.

It is favorable for low-grade tumors, with survival times approaching 7 to 8 years after surgery. In anaplastic astrocytoma, therapy focuses on improvement in symptoms. Radiotherapy of partially resected tumors increases postoperative survival rates. Survival rates after post-surgery radiation are nearly double that of only surgical intervention (5 vs. 2.2 years).

Genetics also plays a role in determining the prognosis of a particular form of a tumor. Oligodendroglioma with Ch 1p19q changes responds better to PCV [procarbazine, CCNU (lomustine), and vincristine]. Genetics is the upcoming field for individualized tumor therapies.

Neurosurgical interventions always have an added risk of surgical complications. Complications of chemotherapy and radiotherapy are also seen, as with the treatment of cancers, but efficient drugs have been devised for the proper management of these complications.

Patients must understand that new strides are being achieved in oncology with each passing day. Any fear or query must be addressed bravely with the full faith in his/her clinician. 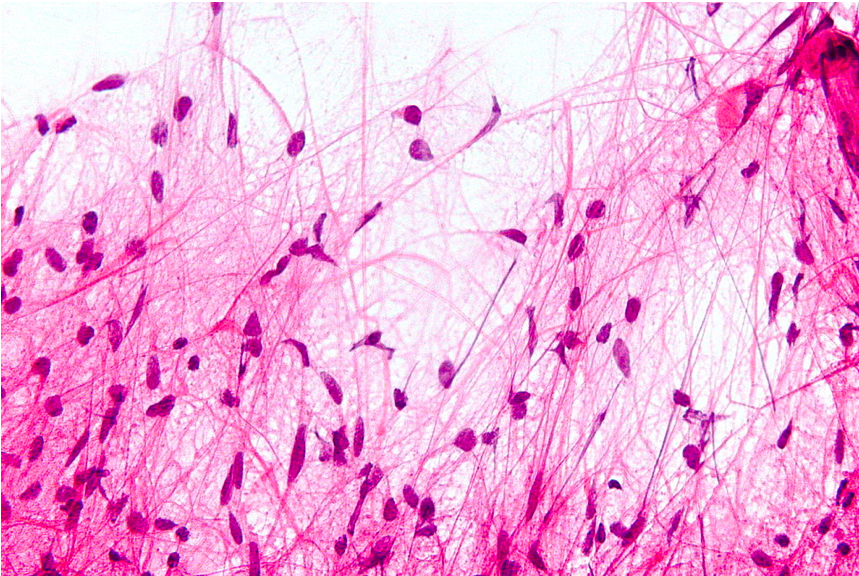