Ankle sprains are one of the most common recurrent injuries of the lower extremity. Up to 40% of ankle sprains go on to develop chronic symptoms, including pain, swelling, instability, and recurrence that persists at least 12 months post-injury. This activity outlines the evaluation, treatment, and management of recurrent ankle sprains. As well as, reviews the role of healthcare provider facilitating the proper treatment plan for patients with this condition.

Ankle sprains are among the most common recurrent injuries of the lower extremity. Up to 40% of ankle sprains go on to develop chronic symptoms, including pain, swelling, instability, and recurrence that persists at least 12 months post-injury.[1] Furthermore, approximately 20% of individuals who sustain acute sprain develop into chronic ankle instability.[2] Ankle sprains are common amongst the general population and athletic population alike. The theory is that the resulting impairment of proprioception predisposes the individual to recurrence; thus, a thorough history and evaluation can direct practitioners when evaluating recurrent ankle instability to decrease the likelihood of further complications.

An impairment in the baseline, or pre-injury, level of proprioception in an injured individual pre-dispose the ankle to re-injury. Injury prevention relies on factors such as ankle joint stability. It is heavily dependent on the body's ability to self-assess internal kinesthetics regarding the position and movement of the ankle joint. Passive and dynamic restraints, such as the joint capsule and muscles, respectively, are weakened, increasing the risk of recurrence.[4]

Age as a predictor of recurrent ankle sprain has been inconsistent. The mean age has been reported as 26.20 years, according to the Waterman et al. study in 2010, with peak incidence occurring between ten and nineteen years of age.[6] In the Pourkazemi et al. longitudinal study, participants ranged in age between 18 thru 60 years, with findings suggesting those under the age of 24 years were at higher of incurring an ankle sprain.[3] Another study reported, the incidence of ankle sprain in adults as 0.72 per 1000 versus 1.94 per 1000 for adolescents.[7] Overall, higher rates of ankle sprain reportedly occur in younger participants. This finding may be attributable to neurological development in conjunction with physical, cognitive, and social development.[8]

According to the Waterman et al. study, overall males had an incidence rate of 2.20, and females had an incidence rate of 2.10, ankle sprains per 1000 person annually. Males between the age of fifteen and twenty-four were more prone to this injury compared to females of the same age group. However, females between the age of thirty to ninety-nine incurred more ankle sprains than their male counterparts.

Nearly half of all ankle sprains were reported during some form of athletic activity, with basketball, football, and soccer, being 41.1%, 9.3%, and 7.9%, respectively.[6]

After an index ankle sprain, the microscopic tears due to the overstressing of the ankle ligaments can lead to attenuation. As a result, functional and mechanical instability may ensue, which increases the likelihood of recurrent ankle sprain when proper treatment is not applied. As previously mentioned, the ATFL is the most commonly injured ankle ligament, followed by the calcaneofibular ligament (CFL), and then posterior talofibular ligament (PTFL).

Mechanical instability entails excessive motion in the ankle joint that can be assessed clinically by performing an anterior drawer sign or radiographically stressing the ankle joint.

As with acute ankle sprain, recurrent ankle sprain physical exam should be thorough and first begin with observation of any gross dislocation or asymmetry. Next, palpation of ankle ligaments should be conducted and evaluated for tenderness, including the medial ankle and length of the fibula.

Special tests can serve to stress the ankle joint ligaments:

Ankle sprain classification is as follows:

Plain films can be utilized to rule out the possibility of acute fracture, which data shows only to be present in about 15% of all acute ankle sprains. Radiographic film series should include weight-bearing views of A/P, mortise, and lateral. Talar stress views and external rotation stress views can also be diagnostically helpful; however, it may be unnecessary for the diagnosis of a lateral ankle sprain.

The Ottawa Ankle Rules should help guide efforts to limit radiation exposure to patients. Thus, radiographs are indicated based on the criteria below, involving the ability to bear weight immediately post-injury, as well as specific points of tenderness.

Magnetic resonance imaging (MRI) is particularly advantageous for assessing soft tissue injury in the ankle region and is typically reserved for the planning of primary ligamentous surgical repair. Diagnosis criteria of acute ligamentous injury include morphologic and signal intensity changes within and around the suspected ligament. Healthy ligaments of the ankle complex are seen as thin, linear, low-signal intensity structures when uninjured. With an acute injury, intrasubstance edema can be seen on fat-suppressed or T2-weighted imaging as increased signal intensity within the ligament. In contrast, chronic injury to the ligament will show as thickening, elongation, and irregular contouring of the suspected ligament with no significant soft-tissue edema, marrow changes, or hemorrhaging noted by increased signal intensity. The ATFL, CFL, and PTFL are best viewed on coronal and axial views with the foot placed in dorsiflexion, and sectional thickness of 3 mm or less is recommended for the reliability of visualization.

Acute ankle sprains mostly receive treatment with conservative measures, i.e., ankle brace, and rarely require surgical intervention. However, recurrent ankle sprains may require surgical intervention if all conservative measures have been exhausted. PRICE therapy, formerly known as RICE therapy, involves protection, rest, ice, compression, and elevation. There is no evidence regarding the effectiveness of this therapy; however, this intervention commonly assists with short term pain control to facilitate the early restoration of strength and range of motion.

Nonsteroidal anti-inflammatory drugs (NSAID), used topically or taken orally, can be utilized in addition to PRICE therapy for short term symptomatic pain control. Additionally, if fracture were to be present, recent evidence has suggested normal dosage NSAID use of fewer than 14 days does not increase the risk of nonunion, as previously documented.[11]

Neuromuscular training therapy is imperative in reducing the recurrence rate and should be implemented to improve overall functional instability. These exercises, which typically include proprioception tasks and balance, have been found to improve overall ankle functional outcomes significantly.[12] Examples of therapy include; balancing on a biomechanical ankle platform system (BAPS) or ankle disc, standing on the injured leg while performing activities such as throwing or catching a ball and standing on the injured leg with the eyes closed. A systematic review and meta-analysis of the effectiveness of proprioceptive training involving 3,726 participants revealed a significant reduction of injury when proprioceptive training was administered when compared to a control. Thus, a therapy program involving proprioceptive training is highly effective at reducing the recurrence of ankle sprain among sporting populations.[13]

Although most experts recommend two weeks of immobilization and protected weight-bearing, a short period of immobilization, up to 10 days, has been suggested by some investigators to be beneficial for the management of pain control and edema.[14]

External support in the form of taping or bracing over rigid immobilization has proven to be more effective, as these therapies have found a greater reduction in edema and shorter time to return to sport. The application of a brace can also be beneficial for up to 1-year post-injury. Bracing has shown effectiveness in prevention from recurrent injury but has not shown to be effective as a preventative therapy for the initial injury. There is a strong belief that brace application works by supporting impaired proprioception, as opposed to the range of motion restriction. Trending research supports bracing as superior to neuromuscular training regarding the prevention of self-reported recurrent ankle sprains, with a 47% reduction in recurrence versus neuromuscular therapy.[15]

Taping has also demonstrated effectiveness with the prevention of recurrent ankle sprain, with two to four-fold reduction, compared with no taping. However, the effects of taping vs. bracing are mostly inconclusive and more preferential.[16]

Differentiation between mechanical instability versus functional instability is imperative for surgical selection when warranted. Often chronic, recurrent ankle sprains can lead to chronic ankle instability and pain that is unresolved by conservative measures.

The most common surgical procedure for recurrent ankle sprains with chronic lateral ankle instability is the Brostrom Gould procedure. During this procedure, non-absorbable or equivalent suture material can be utilized with one or two suture anchors to facilitate the repair of the anterior talofibular ligament. The calcaneofibular ligament can also be augmented in the repair if injured.

Other surgical options include anatomical reconstructions with tendon grafting, such as the Watson-Jones, Evans, and Chrisman-Snook. However, the previously mentioned procedures are not as commonly performed. Furthermore, these procedures are more disruptive to the anatomy, more technically difficult, and are more likely to result in ankle joint over-tightening.

Also, ankle arthroscopy is generally recommended with any procedure involving lateral ankle stabilization, as it is common for a patient to sustain other pathologies due to the mechanism of injury. Other coexisting pathologies include; synovitis, anterior tibiotalar impingement, and osteochondral lesions. A study by Komenda and Ferkel found 93% of the study’s patients with chronic ankle instability presented with intraarticular pathology, synovitis being the most common, followed by the presence of loose bodies.[17] Furthermore, another study found the medial aspect of the ankle, involving the tibia and talus, had the highest incident of osteochondral lesions secondary to acute ankle sprains.[18]

Up to 85% of all injuries respond to conservative treatment; however, up to 20% will continue to be unstable, prompting the necessity of surgical intervention. The Brostrom with Gould modification surgical procedure has had up to 95% documented success rate. This procedure has demonstrated the ability to improve the stability of the subtalar and ankle joint without compromising other healthy tendons of the ankle joint, such as the peroneus brevis in the Chrisman-Snook and Watson-Jones procedures.

An individual is more likely to reinjure the same ankle after sustaining an initial ankle sprain. As a result of recurrent injury, an individual can develop chronic pain or instability, documented in 20 to 50% of these cases.[16]

Conservative management, such as physical therapy involving neuromuscular training and bracing, is the preferred method of treatment. Conservative measures should be exhausted before surgical intervention. Surgical outcomes are generally good, with the Brostrom procedure with Gould modification having a high success rate up to 95%, leading to significantly improved overall ankle function.

Recurrent ankle sprains are a common condition, with effective treatment provided by podiatrists, orthopods, and physical therapists. The ability of the practitioner to assess and differentiate between functional and anatomical instability to the ankle joint post index sprain is imperative for proper treatment and good outcomes. Surgical and conservative therapies can be formulated appropriately when the patient has undergone a full assessment, including ankle anatomy (including subtalar instability), biomechanics, and overall pathology. 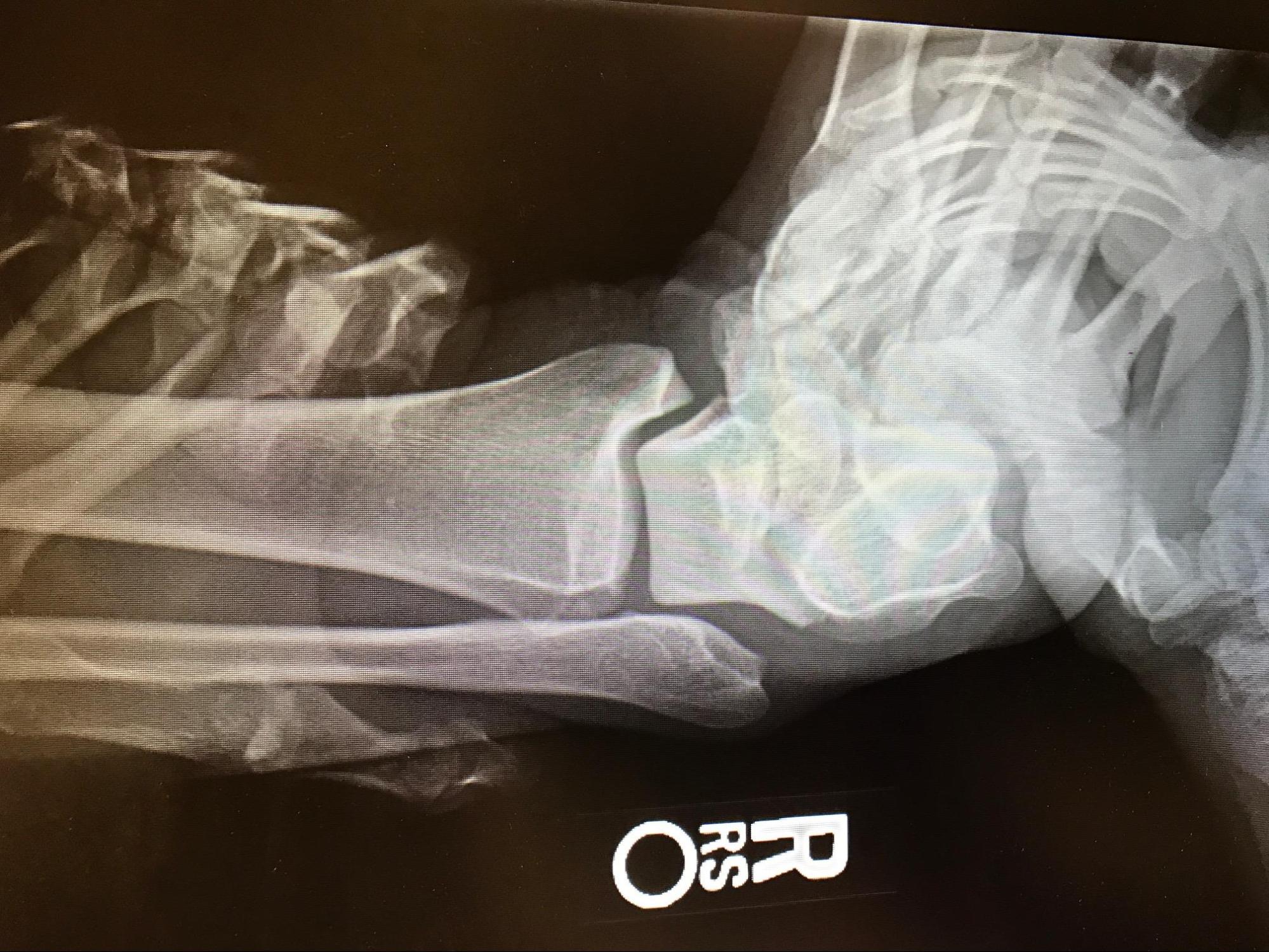 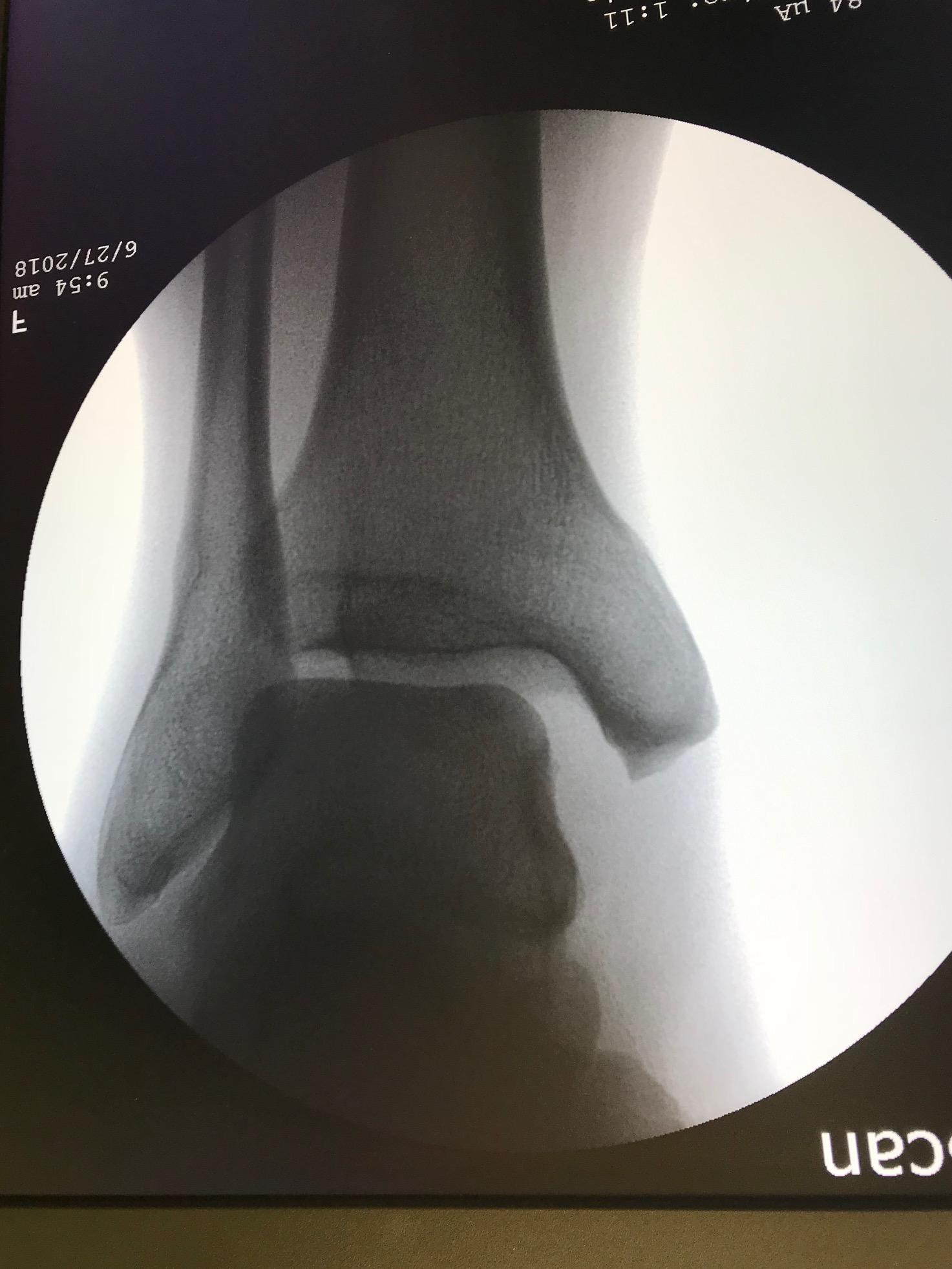 Schiftan GS,Ross LA,Hahne AJ, The effectiveness of proprioceptive training in preventing ankle sprains in sporting populations: a systematic review and meta-analysis. Journal of science and medicine in sport. 2015 May;     [PubMed PMID: 24831756]