Acneiform eruptions are a group of disorders characterized by papules and pustules resembling acne vulgaris. Acneiform eruptions demonstrate an acute onset and can affect any age group. The characteristic lesion may be a nodule, papule, pustular or a cyst. This activity reviews the evaluation and management of acneiform eruptions and highlights the role of the interprofessional team in caring for patients with this condition.

The acneiform eruptions may be caused by medications, hormonal and metabolic abnormalities, drug reactions and genetic disorders.

Acne-like eruptions can develop due to infections, hormonal, or metabolic abnormalities, genetic disorders, drug reactions, contact with chemicals, or from friction and pressure.[3][4]

Many organisms can also induce acneiform eruptions like infections by Proteus, Klebsiella, Escherichia coli, and Enterobacter. Pityrosporum folliculitis caused by Malassezia furfur may also present on the trunk and upper extremities with pruritic eruptions. Infections that are known to cause acneiform eruptions include secondary syphilis, mycotic infections, cutaneous coccidioidomycosis, and Sporothrix schenckii.

Prolonged and increased excretion of causative substances might irritate the follicular epithelium and produce an inflammatory reaction.

Acneiform eruptions can occur at any age and can affect both genders. Individuals most prone to develop this skin disorder are those who are exposed to bacteria and those who use antibiotics. The condition often develops in hospitalized patients.

Acneiform acne can be classified into the following:

Antibiotics like penicillins and macrolides cause acute generalized pustular eruption without comedones. Patients are febrile with leukocytosis, Other antibiotics causing it include co-trimoxazole, doxycycline, ofloxacin, and chloramphenicol.

Steroid acne presents as monomorphous papulopustules located mainly on the trunk and extremities, with less involvement of the face. Characteristically,  lesions appear after the administration of systemic corticosteroids. Topical corticosteroids may also cause acneiform eruption over skin under which the topical preparation is applied or in around the nose or mouth in the case of inhaled steroids.

Due to occupational exposure from Chloracne. Chloraphthalene, chlorophenyl (used as conductors and insulator), and chlorophenols (used as insecticide and fungicide) can cause acneiform eruptions. Lesions are mainly comedones without inflammation. Exposure by inhalation, ingestion, or direct contact of contaminated compounds or foods induces a cutaneous eruption of polymorphous comedones and cysts which is called as chloracne. Associated skin findings include xerosis, and pigmentary changes are also seen. Internal organs like eyes, central nervous system and liver may also be affected. Some chloracnegens can be oncogenic.

Chemicals that contain iodides, bromides, and other halogens can also induce an acneiform eruption similar to steroid acne, but iodide-induced eruption are more severe. All patients should be investigated for ophthalmic, neurologic, hepatic, and lipoprotein abnormalities.

Pressure and friction induce acneiform eruptions over the neck of violin players, under arm bands, bra straps and in orthopedic cases prolonged immobilization.

Eosinophilic pustular folliculitis is a disease of allergic hypersensitivity. It appears as a recurrent pruritic papulopustular eruption on the face, trunk, and extremities.

Rosacea appears similar to acne vulgaris with papulopustules on the face but also has facial flushing and telangiectasias. Is commonly seen in the white population. It is more common in women in the third and fourth decades of life. Associated eye changes include blepharitis, conjunctivitis, iritis, iridocyclitis, hypopyon iritis, and keratitis. Weather extremes, hot or spicy foods, alcohol, ingestion of a high-dose vitamin B6 and Demodex folliculorum mites can trigger the condition.

The lesions of acneiform folliculitis look similar to acne but lack comedones. Rarely, a biopsy is done, but when performed results may reveal the presence of fungi or bacteria. There is evidence of mild inflammation with the presence of both neutrophils and eosinophils.

Papules, pustules with the absence of true comedones, are present mainly over trunk and back. Rarely nodulocystic lesions can be seen. Unlike acne, these lesions may occur in other parts of the body besides the face. When the cause is due to a drug eruption, the patient will usually state that the lesions disappear once they discontinue the medication.

Acneiform eruptions can be distinguished from acne vulgaris by a history of sudden onset, monomorphic morphology, development of the eruption at any age,  affecting trunk more common than the face, not necessarily affecting sebaceous areas of the body with a rarity of cyst formation. In most cases, the diagnosis is clinical, but when there is doubt about the diagnosis, one may obtain a biopsy or culture any discharge. Withdrawal of the suspected medication is another way to make the diagnosis.[5][6]

The treatment of acneiform eruptions depends on the cause. In most cases, if the cause is an organism or a drug, then the exposure should be discontinued. Most patients recover within a few weeks. For any residual lesions, treatments that have been used to treat acneiform eruptions include laser ablation, excision, topical or oral antibiotics, drug withdrawal or use of topical or oral retinoids. If the cause is a fungal infection like pityrosporum folliculitis, then the use of a topical antifungal agent can be helpful like ciclopirox, econazole, and ketoconazole can be helpful.[7]

Treatment of chloracne is difficult as it may persist for years, even without further exposure.

Some patients with eosinophilic pustular folliculitis may benefit from a short course of oral indomethacin. Lesions that fail to respond to indomethacin may be treated with cyclosporine.

The traditional agents used to treat acne vulgaris seldom work in patients with acneiform eruptions, but one may suggest the use of skin cleaners like salicylic acid or benzoyl peroxide to reduce the oily skin.

Itching is a very common symptom in patients with acneiform eruptions so that these patients may benefit from the use of antihistamines. If the itching is nocturnal, first-generation antihistamines are recommended because they also induce sleep.

There are some cases of acneiform eruptions that may benefit from the use of dapsone. Anecdotal reports indicate that eosinophilic pustular eruptions do respond to a short course of dapsone.

Patients who have gram-positive organisms causing the skin lesions may also benefit from doxycycline.

Over the years, the use of retinoids to treat acneiform eruptions has increased with success. Both oral and topical retinoids have been used. These agents are known to decrease the production of sebum and rapidly resolve the eruptions. These agents should not be prescribed to women of childbearing age because of their teratogenic potential.

Avoid the causative drug in drug-induced acne. Minimize contacts or friction which will prevent occupational and mechanical acne.   Protective clothing and removal of the worker from unsuitable environment also help.

Nurse practitioners, pharmacists, and primary care providers need to know that not all lesions on the face are due to acne. Acneiform eruptions have many causes and in many cases are caused by occupational exposure or certain medications. Erroneously treating these patients for acne often exacerbates the condition. It is best to consult with a dermatologist if the diagnosis is in doubt.

It is important to educate the public that acneiform eruptions is a transient skin disorder and has many causes. In many cases, simply removing the offending agent or limiting exposure to the organism can lead to the resolution of the disorder. The prognosis in most patients is excellent, and there is usually no residual scarring. Patients should be warned not to scratch the lesions as this can lead to scars and keloid formation. 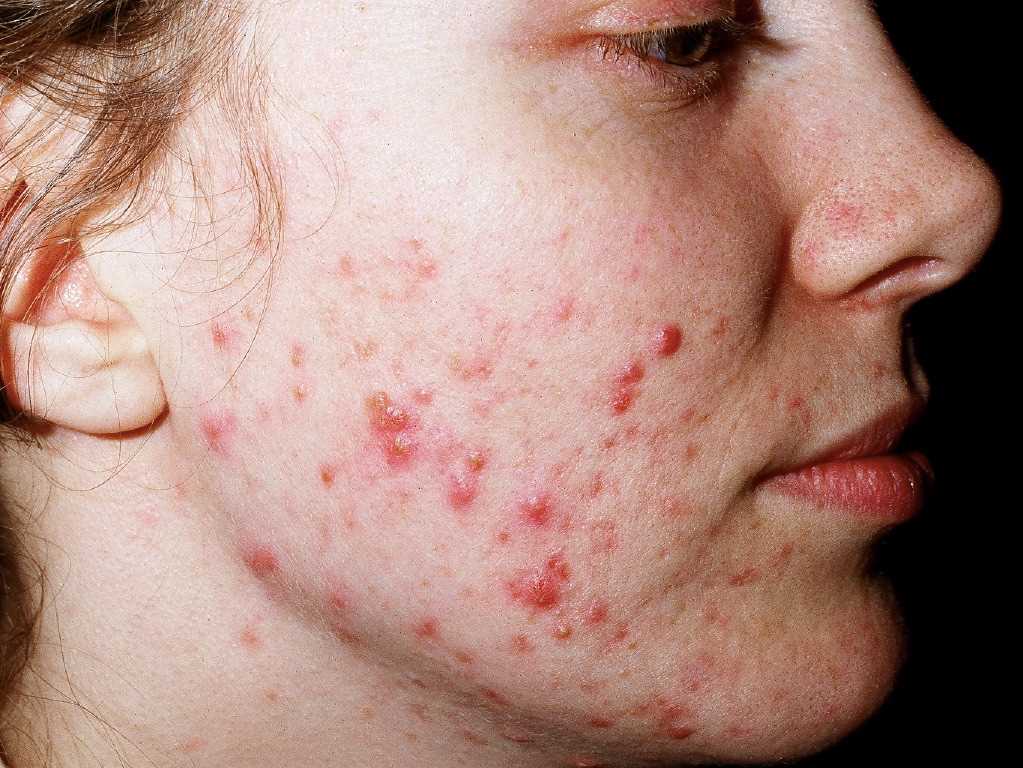 Del Rosso JQ, Who Is Accountable When Patients Do Not Achieve Successful Treatment for Their Acne? Journal of drugs in dermatology : JDD. 2018 Jun 1     [PubMed PMID: 29879246]