The location of the genu of the internal capsule is at the apex of the pallidal part of the lentiform nucleus. The anterior limb and posterior limb join at a right angle in this region to form the genu.[1]. Tracts that course through the genu include superior thalamic radiation fibers and corticobulbar tract fibers. Corticobulbar tract fibers originate from the primary motor cortex, premotor cortex, and supplementary motor areas. They course through the genu and terminate at the appropriate cranial nerve nuclei within the brainstem. The corticobulbar tract controls the muscles of the face and neck. This tract is necessary for the movement of facial musculature, mastication, and swallowing. The superior thalamic radiation fibers connect ventral nuclear group thalamic nuclei with the postcentral gyrus and appear to carry somaesthetic sensations that pass through the thalamus.[10]

Lacunar strokes primarily affect the deep structures of the brain, such as the putamen, caudate nucleus, thalamus, and internal capsule. Depending on the location of a lesion, the symptoms of lacunar strokes will require differentiation from cortical strokes. These deep strokes usually have an absence of cortical deficits such as seizures, aphasia, agnosia, and dysgraphia. Other cortical deficits include apraxia, alexia, and amnesia. The progression of symptoms of lacunar strokes are abrupt in onset and evolve within minutes. In some cases, the symptoms may develop over several hours. Many variations on lacunar stroke syndromes exist. Classic lacunar strokes syndrome that arises from lesions of the internal capsule are pure motor strokes, ataxic hemiparesis, and clumsy hand-dysarthria. Pure motor strokes have a characteristic presentation of contralateral hemiparesis that affects the face, arm, and leg in equal parts. Ataxic hemiparesis presents with a combination of ataxia and weakness on the same side of the body. These stroke syndromes can include secondary to lesions of the posterior limb of the internal capsule. Clumsy hand-dysarthria presents with difficulty with the articulation of speech and weakness in the hands and result from damage to the anterior limb of the internal capsule or genu.[15] 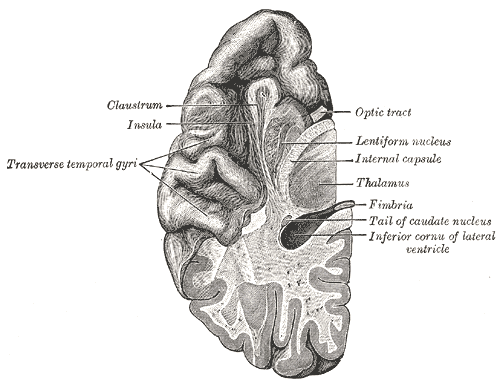