Myocardial infarction (MI) is a common cause of chest pain that causes significant morbidity and mortality. Posterior wall myocardial infarction occurs when circulation becomes disrupted to the posterior heart. It commonly cooccurs with inferior or inferolateral MI, but when in isolation, posterior myocardial infarction represents a diagnostic challenge. Patients may present with classic symptoms of myocardial infarction, but due to more subtle EKG changes, it is a diagnosis that is often missed or misdiagnosed. Rapid recognition of this condition is essential to adequately treat it and reduce the risk of complications, including death.

There are a number of risk factors for coronary artery disease and, by extension, myocardial infarction. The HEART score is a diagnostic pathway used in patients older than 21 years of age who present with symptoms suggestive of ACS. It is used to stratify risk and is predictive of the 6-week risk of a major adverse cardiac event. It is not for use in patients with ST-elevation or other new EKG changes, hypotension, or other comorbid conditions requiring admission, but the risk factors apply to any patient in whom there is a concern for acute coronary syndrome (ACS). Risk factors considered as a component of the HEART score include hypertension, hypercholesterolemia, diabetes mellitus, obesity (BMI over 30 kg/m^2), smoking (current or smoking cessation three months), positive family history (parent or sibling with coronary vascular disease [CVD] before age 65); atherosclerotic disease: prior MI, percutaneous coronary intervention (PCI), coronary artery bypass grafting (CABG), cerebrovascular accident (CVA), transient ischemic attack (TIA), or peripheral arterial disease.[1]

Posterior myocardial infarction reportedly represents 15% to 21% of acute MI. It is frequently associated with inferior and/or lateral MI, which can lead to a significant area of infarction. The incidence of isolated posterior MI has been reported at about 3.3% using posterior leads, though this may still be an underestimate as posterior leads are not routinely employed.[2]

Myocardial infarction results from decreased blood flow to myocardial tissue. The most common type of myocardial infarction, type 1 MI, is due to the rupture of a vulnerable atherosclerotic plaque comprising of macrophages, smooth muscle proliferation, and lipid-laden foamy cells that form on an injured vascular wall. When there is complete or near-complete occlusion of the vessel, there is little to no perfusion of the affected myocardium. This perturbed blood flow leads to ischemia, which has downstream effects of metabolic and ionic disturbances in the myocardium. Prolonged ischemia leads to apoptosis and necrosis of cardiomyocytes and cell death. Healing occurs through scar formation and is dependent upon an inflammatory cascade, which is triggered by the release of cytokines from dying cells — infiltrating phagocytes clear dead cells and matrix debris. The renin-angiotensin-aldosterone system is activated. Transforming growth factor-beta is released and triggers the conversion of fibroblasts to myofibroblasts and the deposition of extracellular matrix proteins. The subsequent remodeling ultimately leads to dilation, scar formation, and progressive dysfunction.[2][4]

Chest pain is a common complaint encountered in the emergency department, and it is essential to keep a broad differential in mind. The top six differentials of chest pain need to be immediately ruled out, given their life-threatening consequences. These are acute myocardial infarction, pericardial tamponade, aortic dissection, pulmonary embolism, pneumothorax, and esophageal rupture. In the acute setting, most patients who present with chest pain will have an EKG performed immediately. The EKG may have changes that are concerning for ischemia, but it is important to remember: do not only treat the EKG. First, compare it to a prior EKG. Also, missing another diagnosis, like aortic dissection or pulmonary embolism, can delay appropriate care and result in inappropriate interventions, which may be life-threatening.

A thorough history, including onset, duration, provoking, and relieving factors, quality, and associated factors is critical. Posterior myocardial infarction, like other types of myocardial infarction, classically presents with chest pain. Patients often describe the pain as crushing substernal chest pain or pressure. Many patients insist it is only pressure and will not describe it as pain or use phrases like "an elephant sitting on my chest." They may have radiation to the arms, jaw, or epigastrium. The sensation may be relieved with nitroglycerin.

While not a definitive way to differentiate chest pain of cardiac origin from chest pain from other causes, there are factors that increase and others that decrease the likelihood of ACS.

Factors that increase the probability of ACS include:

Factors that decrease the probability of ACS include:

In patients with these symptoms, it is essential to remember that MI is less likely, but by no means excluded. However, if the latter factors are present, additional history should be obtained, including risk factors for pulmonary embolism (PE). These are a history of unilateral leg swelling, recent surgery or trauma, history of PE or deep venous thrombosis (DVT) in the past, hormone use, recent immobilization, history of malignancy, or hemoptysis. Chest pain that began after an inciting injury or strain may be musculoskeletal. Abdominal causes of chest pain include gastroesophageal reflux (GERD), cholecystitis, and peptic ulcers.

The presentation of myocardial infarction is variable. The patient may present fairly well-appearing or might be obviously in extremis. In every patient with chest pain, it is important to perform a focused physical exam.

For any patient presenting with chest pain concerning ACS, cardiac workup should be initiated, including history and exam as above, electrocardiogram (EKG), and cardiac biomarkers.

In a typical 12-lead EKG, posterior infarction is an indirect observation due to the placement of the leads.

Limb leads placement is on each of the four extremities.

Precordial leads are placed on the anterior chest

ST-elevation is visible if there is inferior, lateral, or inferolateral involvement associated with a posterior extension. However, ST-elevation will not show on the typical EKG in isolated posterior MI, and other EKG changes may be observable. However, for further clarification, posterior leads (V7-V9) may be placed to evaluate further. [5][6][5]

ST-elevation may be more subtle, and ST-elevation greater than 0.5 mm in one lead indicates posterior ischemia and is diagnostic for posterior ST-elevation MI (STEMI). When possible, compare to old EKGs.

Other changes that may present in posterior STEMI include:

If there is an obvious posterior STEMI, and there is low suspicion of other pathology, the goal is to get the patient the lab for percutaneous intervention (PCI). There is no need to wait for lab results. IV access should be obtained, and labs sent. If there are more subtle EKG changes, but not definitive STEMI, consider serial EKGs. Sometimes on repeat EKGs, subtle ischemia evolves into STEMI.

The definitive management of acute posterior STEMI is reperfusion therapy. Optimally this is done via percutaneous coronary intervention (PCI), though the next option would be fibrinolytic therapy. PCI is the preferred option if it can be initiated within 120 minutes, though within 90 minutes is the goal. If PCI is not available within 120 minutes, then fibrinolytic therapy should be given within 30 minutes.

The differential diagnosis for chest pain is broad and should narrow based on history, physical exam, and other diagnostic tests as above.

Other diagnoses may still require urgent or emergent management and include:

Due to the more subtle EKG changes in an isolated posterior myocardial infarction, the diagnosis is more likely to be missed than ischemia in other regions. Assuming it is appropriately detected, no data demonstrate a significant difference in mortality when comparing posterior STEMI versus other STEMI. Patients who present with STEMI and undergo PCI within 2 hours have 30-day mortality from 3% to 5%. However, if there is an inferior or lateral myocardial infarction that has extension posteriorly, there is a significant area affected by the infarct. These patients have an increased risk of complications, such as left ventricular dysfunction and death.[11][6][12][5]

Several complications may result from myocardial infarction. Arrhythmias are possible at any point in the course of MI but are common early in the course, within the first three days. It is possible to develop reinfarction or extension of infarction. Mechanical complications are also possible and may include ventricular free wall rupture, ventricular septal rupture, papillary muscle rupture, acute mitral valve regurgitation, and ventricular aneurysms. These carry significant morbidity and mortality. Heart failure and cardiogenic shock are possible. There is an increased risk of embolic phenomena, which can lead to peripheral ischemia or stroke. Pericarditis, which may be early or late, can also occur. Late-onset pericarditis is also known as Dressler syndrome or post-cardiac injury syndrome and is an autoimmune response.[13]

Cardiac disease has a high risk of morbidity and mortality. Patients require education about their modifiable risk factors and how to control them. Well-established risk factors include tobacco use, diabetes, hypertension, and hypercholesterolemia. Other independent behavioral risk factors that contribute include obesity, physical inactivity, and sedentary behavior.[14] Patients should also need counsel regarding recognizing symptoms that may be concerning for myocardial infarction, how and when to take nitroglycerin if it has been prescribed, and when to call 911.

Due to the significant morbidity and mortality with which myocardial infarction is associated, prevention and treatment require an interprofessional team. Prevention of cardiac disease in the outpatient setting is of critical importance. This process involves the patient's primary care provider and other outpatient staff, including nurses, pharmacists, and dieticians. In the event of acute myocardial infarction, the first line is often EMS, who are responsible for transporting the patient to the ED, administering medications like aspirin and nitroglycerin, and obtaining an initial EKG. If EKG causes immediate concerns for STEMI, posterior, or otherwise, the cath lab should be activated from the field. EMS may also be responsible for resuscitating patients in cardiac arrest, which may be secondary to STEMI. In the emergency department, physicians, advanced practice nurses, physician assistants, nursing staff, and technicians play a critical role in establishing the diagnosis of ACS, initiating resuscitation, and activating further resources. An initial EKG should take place within 10 minutes, and patients should undergo appropriate reperfusion therapy as soon as possible. Cardiologists play a critical role in reperfusion therapy and ongoing stabilization and monitoring of patients who have had a myocardial infarction. Depending on the degree of disease and other common comorbidities or complications, a cardiothoracic surgeon may further play a role in surgical management via coronary artery bypass grafting or valve replacements. For these processes, cardiology-specialized nursing can assist with the procedures and provide post-operative care, informing the cardiologist immediately of any concerns in the patient's condition. Patients initially require intensive care, requiring all levels of staff to monitor for life-threatening complications and provide appropriate care. After initial resuscitation, patients may require assistance from dieticians, pharmacy, social workers or case managers, physical therapy, and occupation therapy to transition out of the hospital appropriately. Pharmacists will vet all medications on arrival to the ER, and as well, in the post-operative and rehabilitative setting, verifying dosing, duration, and checking for interactions, and informing the team of any issues. Patients benefit from ongoing cardiac rehabilitation and addressing modifiable risk factors. Education regarding the importance of maintaining healthy body weight, cholesterol, and blood glucose, as well as the cessation of tobacco use and adherence to their prescribed medications, can lead to better outcomes.[15][16] [Level 2] All these functions are best delivered and managed via the interprofessional healthcare team, leading to more robust patient outcomes. [Level 5] 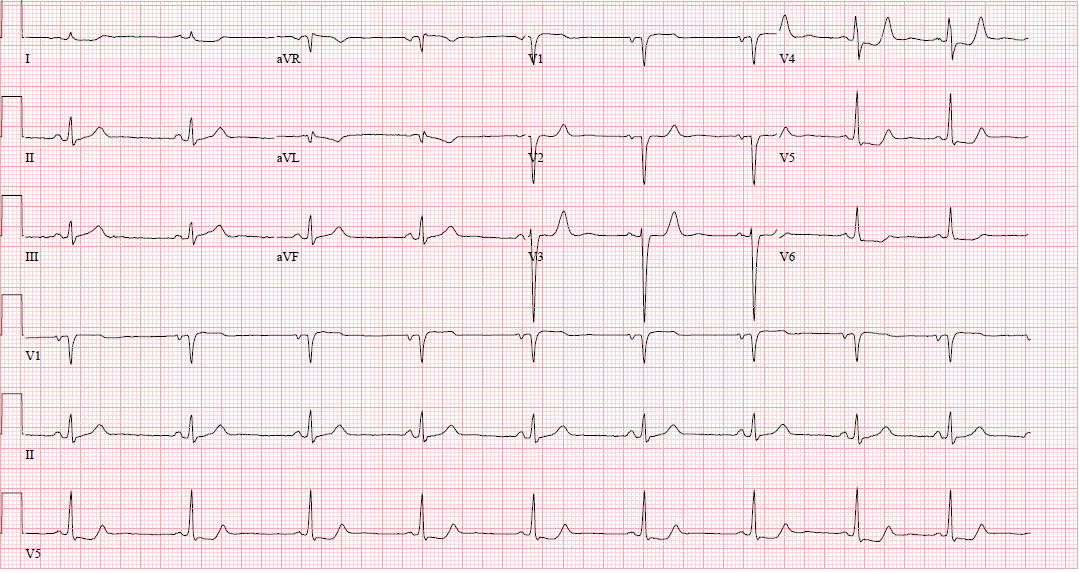