The fascia lata (FL) is a fascial plane that surrounds the deep tissues of the thigh. It varies in thickness throughout its course from the hip to the leg. It receives fibers from gluteus maximus and tensor fascia lata (TFL) laterally. This arrangement could explain the often interchangeability with the (TFL) and the iliotibial band (ITB) colloquially. The TFL often serves as a landmark for surgical procedures, including anterior/anterolateral hip and femur procedures.[1]  It functions as a lateral stabilizer to the knee and an abductor of the hip/thigh. The ITB is an extension of the tensor fascia, and it is redundant tissue in the lateral thigh compartment partially composed of the TFL. All of these components work synchronously to stabilize the lateral compartment of the thigh.

The fascia lata (FL) invests the entire length and width of the thigh but varies in thickness throughout. Its thicker portion is at the proximal and lateral portions of the thigh, where fibrous tissue from the gluteus maximus becomes integrated into the fascia lata. The FL extends medially where it invests the adductor muscles and again is strengthened at the knee. At the knee, the fascia lata receives a fibrous continuation from the biceps femoris tendon, from the sartorius and the quadriceps femoris. The FL is attached to the sacrum and coccyx posteriorly. Its lateral origins are from the iliac crest, the inguinal ligament, and the superior pubic ramus anteriorly. Medially and posteromedially, its origin is the inferior ramus of the pubis, ischial tuberosity, and the lower border of the sacrotuberous ligament. From its origin at the iliac crest, it passes over the gluteus medius to the upper border of the gluteus maximus.

The fascia lata is a complex layer of fibrous tissue that has several surgical and clinical implications in terms of surgical exposures and disorders involving the ITB, TFL, and gluteus maximus because of its integrated nature in anatomy and function. The FL attaches inferiorly to bony prominences around the knee joint, including the femoral and tibial condyles and the head of the fibula. Over the medial and lateral aspect of the patella, the fascia lata is strengthened by transverse fibers of the distal portions of all the quadriceps muscles, excluding the rectus femoris. These muscles insert into the patella via the quadriceps tendon and are all integrated with the FL. Traveling distally, the deep surface of the FL diverges into two intermuscular septa that attach at the linea aspera. The lateral intermuscular septum is the stronger of the two, and extends from the gluteus maximus to the femoral lateral condyle, separating the vastus lateralis anteriorly from the biceps femoris short head posteriorly. It gives partial origin to these muscles as well. The medial intermuscular septum is thinner and separates the vastus medialis from the adductor muscles. Multiple smaller septa function to separate the individual thigh muscles and cover the muscles superficially with fibrous tissue. Lastly, the deep fascia of the lower leg is a continuation of the FL. The tensor fasciae latae localizes within the anterior compartment of the thigh along with other femoral muscles, including pectineus, iliopsoas, quadriceps femoris, and the sartorius. The anterior thigh compartment muscles are innervated by the femoral nerve, which is supplied by the ventral rami of the L2-L4.[3][2]

From a histological point of view, the tissue of the fascia lata is mainly composed of collagen fibers, a lower percentage of elastin within the ground substance, compared to other brands of the body (it has a denser structure). We find the extracellular matrix, which is the greatest presence in the fascia, fibroblasts, and mast cells. We find myofibroblasts and telocytes.

The descending branch of the lateral circumflex femoral artery brings blood to the fascia lata, in particular, is perforated at the level of the thigh, proximal.

The TFL acts primarily to abduct the femur as well as medially rotate the femur. The tensor fasciae latae does so by working in conjunction with the gluteus medius and minimus muscles, which also allow for femoral abduction. Injury to these abductor mechanisms can result in what is called a Trendelenberg gait, where the ipsilateral hip drops during footstrike due to the failure of the abductors properly functioning.[6]

Currently, there are no reports of cases of physiological alteration of the fascia lata.

In regards to a THA (total hip arthroplasty), there are certain internervous planes that a surgeon dissects through in order to visualize the ball and socket joint of the hip. There are multiple approaches to the hip for a THA, but the anterior and anterolateral approaches of the hip directly involve the fascia lata and the TFL. With the anterior approach to a THA, the TFL and its associated fascia lata are retracted laterally to increase exposure to the hip joint. This lateral retraction allows for the TFL to maintain its abduction abilities without injury to the muscle. The anterolateral approach violates the patient's abductor mechanism to dissect down to the hip joint. The TFL and fascia lata is retracted anteriorly in this approach to avoid any injury to this structure.[7][8]

The lateral intermuscular septum formed by the fascia lata is of surgical importance as it offers an internervous plane that is needed for dissection to obtain a wide exposure of the femur. This lateral septum allows separation of thigh musculature that is innervated by the sciatic nerve and the femoral nerve.[9]

The fascia lata holds particular clinical significance for a variety of reasons. In orthopedics, the fascia lata, superolateral mass, is used as an important landmark for surgical approaches. It is to be closed as the deepest layer of fascia is total hip arthroplasties secondary to the hip capsule being removed. It acts as a pseudo-capsule to maintain the structural stability of the prosthetic hip. The term “snapping hip” was coined to describe ITB laxity that “snaps” over the greater trochanter of the femur.[10] FL is often released to lengthen the ITB, thus correcting the imbalance of motion. In obstetrics and gynecology, the FL on the superomedial border serves as a landmark when performing vulvar procedures and pudendal injections.[11]  It was historically used as an allograft for pubovaginal slings in females with pelvic floor laxity.[12] Dermatologists have even used FL allografts to improve facial muscle function in cases of facial paralysis.[1] The clinical significance of the FL cannot be understated. Hip pain is common and can be present in 14% of orthopedic complaints, lateral knee pain is common across all age groups, and the ability to reinforce pelvic floor pathology is life-changing.[13] The FL is linked to all of these conditions but requires distinguishing from the ITB and the TFL.

An inflammation from biomechanical causes of the fascia lata at the level of the iliac crest can cause structural alterations, such as thickening or weakening until partial rupture.

Often used interchangeably with TFL and ITB, the tensor fascia is, in fact, a separate anatomical structure. The importance of understanding the difference in these structures is essential to preoperative planning, alternative treatments, and therapy for lateral compartment stabilization of the thigh. Using the proper terminology and differentiating anatomic structure will increase the inter-observer reliability in future studies, improve surgical outcomes, and allow the physician to educate their patient effectively. 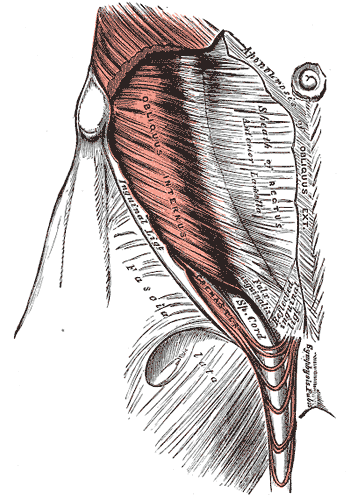 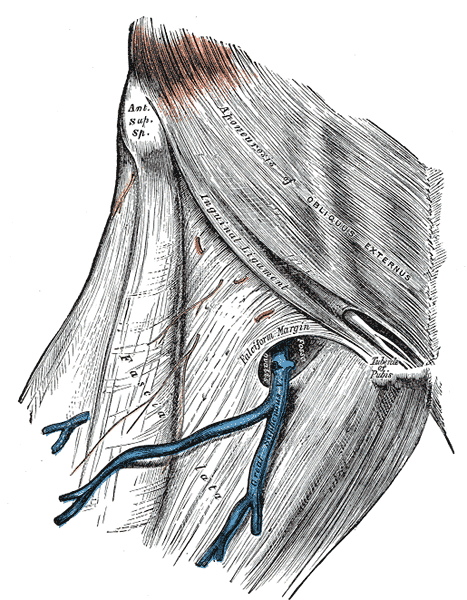