Abdominal aortic repair is a major surgical procedure done to treat an aortic aneurysm. Elective surgery on an abdominal aortic aneurysm is indicated when an aneurysm is four or five cm or larger. Usually, the aneurysm is resected, and the aorta is replaced with a tube graft. Alternatively, an endograft may be placed, the femoral artery is accessed, and the graft is placed across the aorta under fluoroscopic guidance. This activity reviews the indication, contraindication, technique, and complications of both methods and the role of the healthcare team.

An abdominal aortic aneurysm (AAA) is defined as a permanent dilation of the abdominal aorta, with a diameter greater than 3 cm or a diameter greater than 50% of the aortic diameter at the level of the diaphragm. If left untreated, progressive vessel wall degeneration leads to dilation and thinning of the vessel. Eventually, these changes can result in the rupture of the AAA. AAA prevalence and incidence rates have decreased over the last 20 years, both in developed and in developing countries. This decrease has been attributed partially to the decline in smoking. Prevalence is negligible before the age of 55 to 60 years, and after that, the prevalence increases with age. AAA prevalence is up to fourfold more in men (between 1.3% and 12.5%) than women (between 0.0% and 5.2%).[1] The risk of rupture increases with the size of the aneurysm: the 5-year risk for aneurysms less than 5 cm is 1% to 2%, whereas it is 20% to 40% for aneurysms greater than 5 cm in diameter. Abdominal aortic aneurysm represents about 1% of deaths in males over the age of 65 and is the tenth leading cause of death in men 65 years of age or older. The mortality rate of ruptured abdominal aortic aneurysm is over 80%.[2] Early diagnosis and treatment, therefore, is very important before its rupture.

To this day, treatment for AAA relies on two different surgical methods: Endovascular placement of an aortic stent graft (EVAR) and open surgical repair of AAA (OSR). Open surgical repair is a major operation involving the excision of dilated area and placement of a sutured woven graft. The surgery may be performed electively or under emergent situations. Unlike OSR, the EVAR is meant to seal the sac from the inside of the aneurysm, while the aneurysm wall is left untouched. The paradigm is therefore changed from replacing the aneurysm to excluding it from the systemic circulation.[3][4]

A serial noninvasive follow-up of small aneurysms (less than 5 cm) is an alternative to surgery. Ultrasonography is the recommended modality for surveillance; it should be performed every three years for aneurysms 3 to 3.9 cm in diameter, or annually for aneurysms 4.0 to 4.9 cm. There is no specific medication or other therapy that can be recommended to reduce the rate of aneurysm growth. Moreover, beta-adrenergic blockers and renin-angiotensin inhibitors, have not proven effective in reducing the rate of aneurysm growth. Lifestyle changes, such as exercise, also have not demonstrated a reduction in the aneurysmal growth rate. However, smoking cessation leads to a reduction in aneurysmal growth rate, as well as the risk of aneurysm rupture. Abdominal aortic aneurysm patients’ have a significant risk for future cardiovascular events that should be addressed. Recommendation of a healthy lifestyle (including exercise and a healthy diet) and blood pressure control, statins, and antiplatelet therapy, should be considered in all patients with abdominal aortic aneurysms.[3]

Elective abdominal aortic aneurysm repair is indicated under any one of the following conditions:

The patient should also undergo assessment for physiological fitness, cardiac and respiratory function, including cardiopulmonary exercise testing echocardiogram, and lung function tests. Moreover, coronary revascularization before aneurysm repair should be considered in patients. There are a significant number of patients with AAA who are not considered to be suitable for repair (including endovascular approach) because of other comorbidities or limited life expectancy. For these patients, strategies to reduce cardiovascular risk and continued surveillance, are recommended.[3][4]

While the contraindications for OSR are loosely defined, under elective setting, it is mainly used for patients unfit for EVAR.[5] The main limitation of EVAR is morphologic and anatomic.

The open aortic repair was graded as a high-risk intervention (defined as carrying a risk of cardiovascular death or myocardial infarction of 5% or more within 30 days), whereas EVAR is graded as an intermediate risk intervention with a cardiac risk between 1% and 5%. Nearly all the evidence suggests a significant short-term survival benefit for EVAR over OSR, with a similar long- term outcome up to 15 years of follow up. Higher safety profile and efficiency, along with a lower rate of perioperative morbidity and mortality, have been associated with EVAR, compared to the OSR. Hence, the European society of vascular surgery recommends in most patients with suitable anatomy and reasonable life expectancy, endovascular abdominal aortic aneurysm repair as the preferred treatment modality.[3]

The open surgical repair aim is replacing the aneurysmal sac with a synthetic graft tube. The procedure is carried out in a sterile environment under general anesthesia. First, the abdominal aorta is exposed most commonly via a midline incision from the xiphoid to the pubis. Alternatively, a transverse subcostal incision below the ribcage can be used, or less commonly, a retroperitoneal approach is chosen. While the lower postoperative incidence of hernia is associated with transverse subcostal incision, midline incision enables access to all abdominal organs with relative ease. Hence the decision about the incision should be driven by surgeon preference and patient factors. Second, a proximal clamp is placed just below the renal arteries. Later, distal clamps are placed on the common iliac arteries. Third, the aneurysmal segment is removed and replaced with a tube graft. Most commonly, textile polyester material, specifically polyethylene terephthalate, is used. It is recommended to anastomose the aortic graft as close as possible to the renal arteries to prevent later aneurysm development in the remaining infrarenal aortic segment. Only in some selected cases, reimplantation of the inferior mesenteric artery into the graft may be performed. It should be considered if insufficient perfusion of pelvic organs or risk for colonic ischemia is suspected. Finally, abdominal wall closure is performed.

The endovascular approach aim is excluding the aneurysmal sac from the systemic circulation by placing a stent graft inside the aorta. The procedure is carried out under fluoroscopic guidance and can be carried under general anesthesia or local anesthesia. First, access via the patient's common femoral artery established, utilizing a surgical incision or percutaneously, bilaterally, or unilaterally. Then, vascular sheaths are introduced into the femoral arteries, through which guidewires, catheters, and the endograft are passed. Second, angiography images are performed to determine: aneurysmal sac extent, graft landing zone, and renal arteries location. Third, the "main body" of the endograft is placed over the aneurysmal sac, followed by the "limbs" which join the main body and extend to the iliac arteries. Fourth, the graft is molded into place with a balloon, and an angiogram is used to confirm position and absence leaks. Finally, the wires, sheaths, and delivery systems are withdrawn, and femoral artery hemostasis achieved.

Postoperative mortality of OSR for AAAs has decreased over the years. While the mortality rate is highly variable among studies, it is considered to be less than 50%. Furthermore, EVAR has a lower short-term mortality rate than OSR.

Migration, a condition in which due to loss of fixation, the graft moves from the original location. Hooks and barbs assist aortic attachment, increasing the friction to prevent migration from occurring. An endoleak is a condition in which the graft fails to exclude blood from entering the aneurysmal sac. Endoleaks can subdivide into; type I endoleak- due to improper fixation or sealing between the proximal graft and the blood vessel at the proximal or distal zone of the stent. Type II endoleak-blood flow from patent collateral arteries (lumbar or inferior mesenteric arteries), to the aneurysmal sac. Type III endoleak-separation of stent-graft components with possible overlapping of stent material allowing leakage. Type IV and V endoleak- type IV endoleak-blood flow through the pores of the stent-graft. Type V endoleak is blood flow into the aneurysmal sac from an unknown source. In the past, EVAR associated with access site complications such as dissection, perforation, hematoma, and fistula. But with technical advancement, these complications are less frequent.[6][5]

From a didactical point of view, it might be important to classify common postoperative complications as immediate, early, and late;

Referral to a vascular surgeon at the time of initial diagnosis of aortic aneurysm, of any diameter is recommended. Furthermore, abdominal aortic aneurysm patients’ significant risk for another cardiovascular event. Hence, lifestyle changes, smoking cessation, and referral for cardiologists can improve patients' outcomes.[3]

The biggest risk of abdominal aortic aneurysm is the risk of rupture. However, less than half of the patient presents with the classical triad of hypotension, pulsatile mass, and abdominal and back pain. Moreover, it has been shown that more than 30% of ruptured AAA are misdiagnosed.[3] Therefore, education of first responders including the nurse practitioner, primary care physicians, physician assistants, and emergency department physicians can facilitate diagnosis in the emergency scenario. Establishing a protocol for urgent management has also shown to improve outcomes.[5]

The mortality rate of emergency surgical intervention following rupture is ten-fold higher than the mortality of patients undergoing planned intervention under specialist vascular surgeons. Hence it is important to educate patients regarding the importance of elective surgery. Moreover, once the decision for repair has been made, a multidisciplinary approach involving a cardiologist and pulmonologist should be utilized for risk stratification and medical optimization before repair to reduce negative outcomes.[3][5] 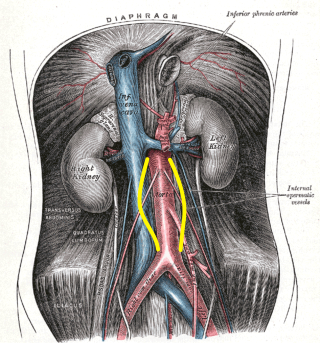