The gastrointestinal tract arises by the beginning of the third week of embryonic development. During a process called gastrulation, the three germ layers form. The germ layers include the ectoderm, mesoderm, and endoderm, which together compose the embryonic disc. The cranial end of the embryonic disc consists of the oropharyngeal membrane, which ultimately forms the mouth, and the caudal end includes the cloacal membrane, which forms the anus.[3] During the fourth week, the primordial gastrointestinal tract begins to form from the endoderm. As the embryo folds towards the midline, the endoderm creates a gut tube that is suspended by mesentery, or double layer of peritoneum. The gut tube divides into the foregut, midgut, and hindgut. The hindgut forms the distal one-third of the transverse colon, the descending colon, the sigmoid colon, rectum, and the superior portion of the anal canal. The terminal end of the hindgut includes the cloaca, which forms not only the gastrointestinal tract but also the urogenital tract.

Defecating proctography/Defecography: A study using X-ray imaging to evaluate anatomic defects of the anorectal region and function of the puborectalis muscle. A contrast filled paste gets initially introduced to the rectum, and the patient is instructed to defecate in a series of stages (relaxation, contraction, tensing of the abdomen, and evacuation).[16]

Balloon capacity and compliance test: Evaluates the function of the rectum using a device (plastic catheter with a latex balloon attached), which is inserted into the rectum and gradually filled with warm water. During this process, the volume and pressure are measured.[16]

Electromyography: A test to measure the ability of the puborectalis muscle and sphincter muscles to relax properly. An electrode is placed inside the rectum, and the activity of these muscles gets evaluated throughout a series of stages (relaxation, contraction, and evacuation).[16]

Endoanal Ultrasonography: The use of ultrasound imaging to examine rectal lesions, defects, or injuries to the surrounding tissues.[16]

Suction rectal biopsy: Gold standard for the diagnosis of Hirschsprung disease. A biopsy is taken two cm above the dentate line, and the absence of ganglion cells on histology confirms the diagnosis. Hypertrophic nerve fibers may be present in addition to this finding.[16]

Contrast enema: Used as one of the diagnostic methods for Hirschsprung disease. Useful for localization of the aganglionic segment by looking for a narrowed rectum. Diagnostic confirmation is via a rectal biopsy.[16] 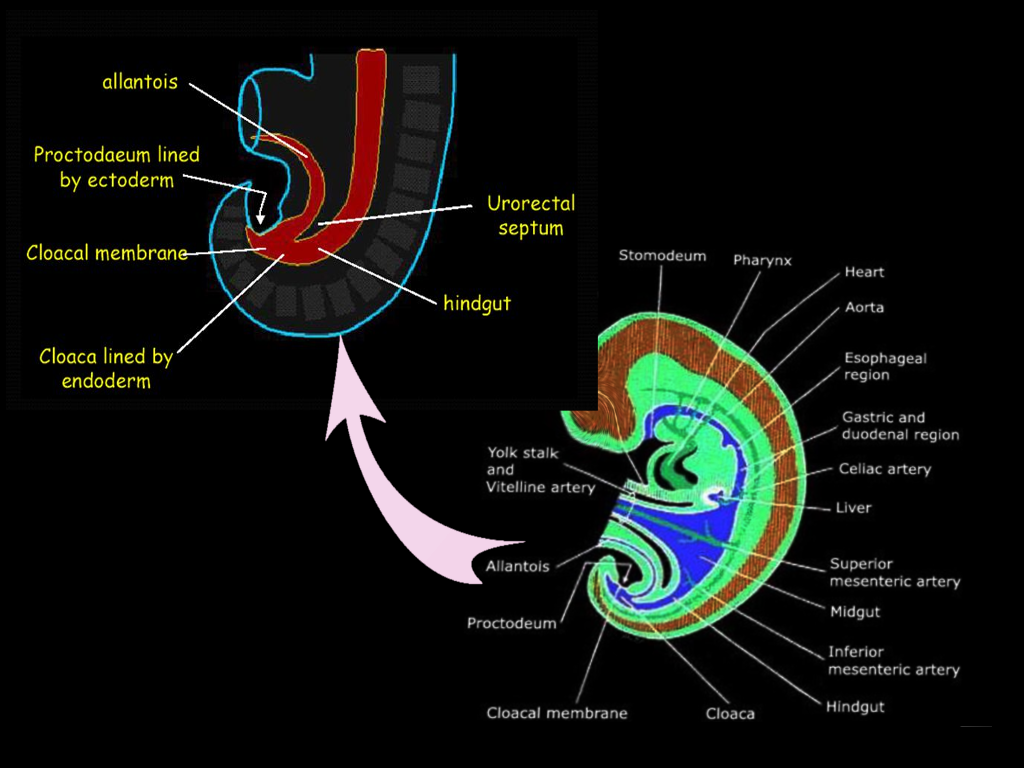