Surface decompression requires the use of a DDC and so is beyond the scope of most recreational and public safety diving.  It is mainly used during time-sensitive diving operations where divers must be cycled in and out of the water quickly and when sea conditions are unfavorable to minimize the diver's time spent decompressing in the water.  Surface decompression is used in both air and mixed gas (helium and oxygen, or HeO2) diving operations.

Surface decompression is almost always associated with surface-supplied diving, a technique in which the compressed gas supply is transferred from the surface to the diver's life-support equipment via a flexible hose. It requires the use of a deck decompression chamber (DDC), pictured below.

Seawater weighs approximately 64 pounds per cubic foot/1024 kilograms per cubic meter. Freshwater weighs slightly less, but the two are considered equivalent when determining the diving depth and calculating decompression schedules. When a diver descends in the water, the pressure around them increases as a function of the weight of the surrounding water. For example:

In order for the diver to inflate their lungs, breathing gas must be supplied at a pressure equivalent to the ambient water pressure. This is the function of diving equipment, whether it is self-contained underwater breathing apparatus (SCUBA) or surface-supplied.

Commercial and military dives shallower than about 200 FSW/60 MSW are generally made using compressed air, which is roughly 78% nitrogen.  However, nitrogen produces measurable decrements in cognitive performance beginning at a depth of about 66 FSW/20 MSW. This effect, known as nitrogen narcosis, becomes debilitating beyond approximately 200 FSW/60 MSW [1][2]. Military and commercial dives deeper than that are typically made using a mixture of helium and oxygen since helium has almost no narcotic properties. Many technical, recreational divers use a combination of helium, nitrogen, and oxygen (trimix) at shallower depths to help decrease the effects of nitrogen narcosis (and the considerable cost of using only helium as a diluent). Of note, though nitrogen is not chemically inert, it is often referred to by divers as an "inert" gas when comparing it to oxygen, which is an active metabolic gas.

As a diver ascends toward the surface, the inert gas pressure in the lungs decreases and the pressure gradient between the lungs and the body equilibrates and then reverses. When the partial pressure of the dissolved inert gas in the body is higher than the partial pressure of inert gas in the lungs, the tissues become supersaturated. The gas molecules in the body then pass through the alveolar-capillary membrane into the lungs and are exhaled. This is a simplified description of the process known as decompression. Detailed decompression algorithms and techniques are designed to control this process and allow the diver to return safely to the surface; surface decompression is one of these techniques.

Body tissues, including blood, will tolerate some supersaturation. However, excess supersaturation will result in bubble formation within the tissues. Some bubble formation after long, deep dives is normal and tolerated; however, if bubbles form in sufficient numbers to impede circulation or displace tissue, the diver may develop symptoms of decompression sickness.[3]

In practice, this requires a well-trained and experienced crew. Typically, one or two diver tenders will assist the diver in removing the diving apparatus and exposure suit.  In commercial diving operations, the inner lock of the DDC is often pressurized beforehand to a predetermined depth deeper than the planned chamber decompression depth.  After undressing, the diver enters the outer lock, the outer lock door is held closed, and the diver opens the crossover valve (see photo below) to equalize the pressure between the inner and outer locks.  If this is done correctly, the two locks will equilibrate at the planned decompression depth.  The diver then enters the inner lock (see photo below), begins breathing oxygen through the built-in breathing system (BIBS) mask, and closes the inner lock door.  The DDC operator then surfaces the outer lock via the external exhaust valve. This procedure allows the diver to be pressurized to decompression depth in the DDC even if the air supply to the DDC is inadvertently lost before the diver enters the chamber.

Physicians and other practictioners who evaluate commerical or military divers or who are directly involved in commercial or military diving operations must be aware of the decompression procedures used in these operations.  Surface decompression is a complex procedure that requires a well-trained and experienced dive crew.  Practitioners must be aware of the potential for complications during this procedure, and be prepared to consult with dive teams and treat divers who suffer injury as a result of those complications.

Ideally, surface decompression should not require the intervention of a healthcare team. A diver on a commercial or military surface-supplied dive station who presents with DCS symptoms during or after surface decompression is typically treated in the DDC on-site, in consultation with the dive team's medical advisory team. If the medical advisory team determines that the diver requires evacuation to the shore, careful coordination between on-site personnel, evacuation crews, and the receiving facility is crucial.  Evacuation can be an arduous and lengthy process, depending on the location of the dive site. 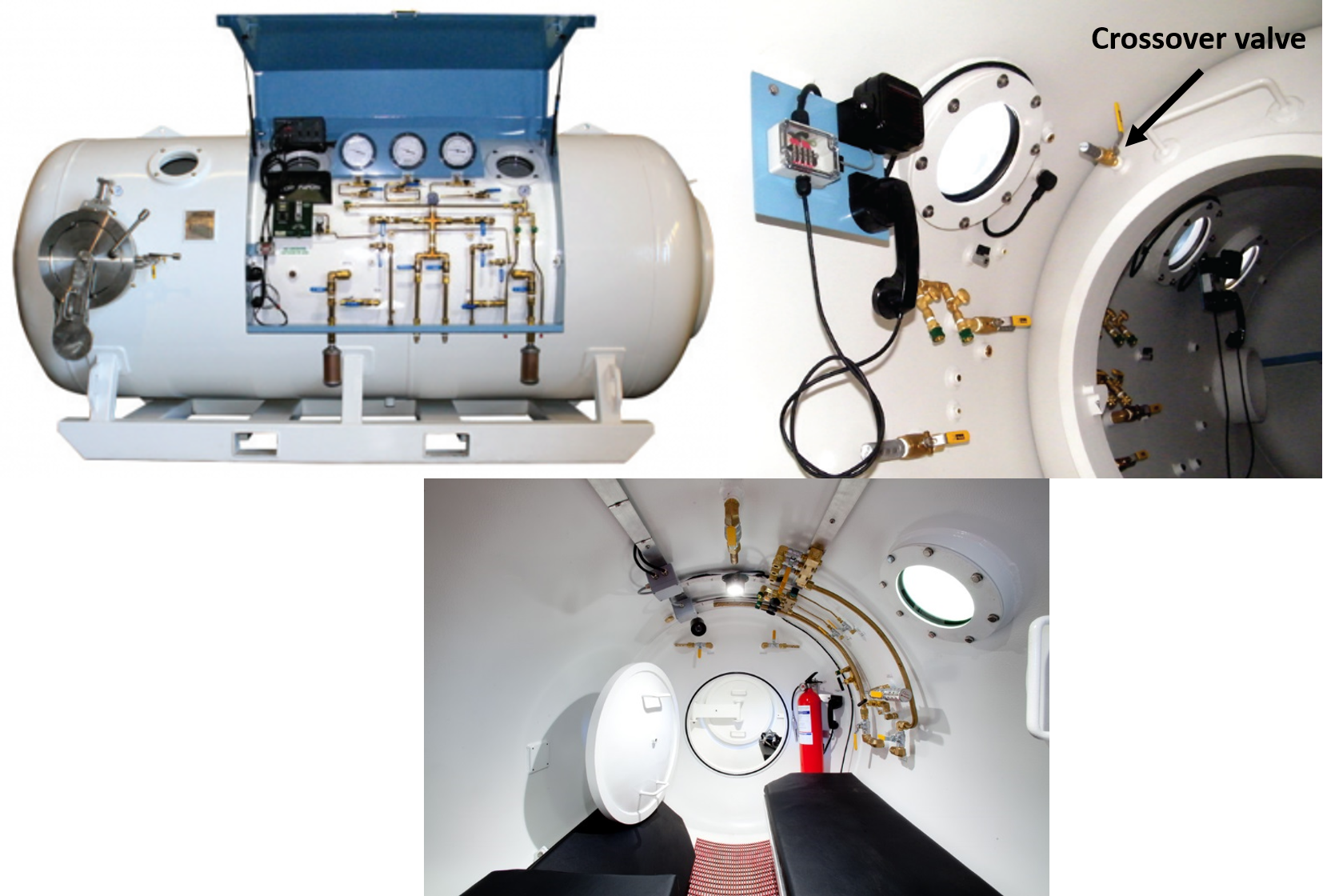