There are over 470 species of sharks throughout the world, and sharks generally prefer shallow waters in temperate and tropical regions. These regions are the most common sites for divers and surfers to become victims of shark-related injuries, though these injuries are rare. Nevertheless, when shark attacks occur, they cause an extreme degree of mutilation even with a single bite. When shark bites do not result in death, massive blood loss, amputation, and vital organ puncture can occur. The frequency of shark attacks continues to increase due to an increased number of humans venturing into sharks' natural habitat. This activity describes the evaluation, diagnosis, and management of shark attack injuries and stresses the role of team-based interprofessional care for affected patients.

There are over 470 species of sharks throughout the world. Their habitats include saltwater and freshwater alike. They generally prefer the shallows in temperate, tropical regions, which is usually where divers and surfers come into contact with them and potentially become the victims of shark trauma. While this is a genuine threat to safety, it continues to remain statistically unlikely. Nevertheless, for those shark attacks that do occur, they become increasingly more perpetuated secondary to the level of mutilation achieved from even a singular bite. The wounds sustained from a shark bite have not been shown to follow any singular disease course or bacterial growth pattern. Even when non-fatal, massive blood loss, amputation, and vital organ puncture can occur. Even though sharks have not become more aggressive over the years, the incidence of shark attacks is increasing, thought to be due to the rise of water activity by people within the sharks’ environment.

Sharks may attack if they perceive humans as food; although, this is thought to be uncommon and generally a case of mistaken identity, for example, mistaking a thrashing limb or reflection from diving or snorkeling gear for a smaller fish. Attacks may be provoked if a human appears to be a threat or a competitor for food (and possibly mistaken as a mating competitor). Unnecessarily touching a shark is never recommended. Many bites occur when sharks are handled after being caught in nets or on fishing lines. Sharks may also attack to protect their territory. Although menstrual blood from a female swimmer could theoretically attract sharks, there is no evidence that this actually increases the incidence of shark attacks. However, some organizations still recommend for females to avoid swimming in waters where one could potentially be attacked by a shark during menstruation.[1]

Worldwide, the International Shark Attack File notes 38 shark attacks on divers from 1990 through 1999. In the 10 years prior to this data, the number was 34, and only 20% of those attacks were fatal.[2]

Of the 470 shark species, only 30 species of sharks have been found to have attacked humans, and only 4 of the 30 species make up the majority of attacks. Sharks with the most documented attacks are the Great White shark, the Tiger shark, and the Bull shark, but the oceanic whitetip shark is believed to have the most attacks even though many of these are undocumented due to attacks occurring at sea, rather than in the coastal waters where attacks are more easily reported. Oceanic whitetip sharks are the sharks that quickly congregate around ship and airplane accidents.[3]

The scope of this problem is important. The United States is home to both the overall shark attack capital of the world (New Smyrna, Florida, although closely followed by South Africa and New South Wales) and the Great White shark attack capital of the world (California). While shark attacks receive an inordinate amount of media coverage, the likelihood of being bitten by a shark in the United States is less than 1 in 11.5 million. To put this in perspective, on average, 3300 individuals drown each year in the United States, while sharks attack affect only around 45 people, and on average only one of those cases is fatal.  Knowledge about shark attacks can provide insight into areas and species to avoid.

Almost half of all shark attacks are on surfers.[4]

Wounds sustained in marine environments are exposed to a multitude of bacterial species. Vibrio species are the predominant species found in seawater as well as on the teeth of great white sharks and are clinically significant to humans due to their pathogenic nature.[5][6] However, the actual profile of oral flora varies from species to species.[7] Other clinically relevant bacteria that are present include but are not limited to Staphylococcus, Streptococcus, Aeromonas, Clostridium, Erysipelothrix, Mycobacterium, Pseudomonas, Plesiomonas, Shewanella.[5] Foreign bodies including fragments of shark teeth can be introduced into these bites and can serve as a nidus for infection. The tissue is often devitalized making infection a very serious threat. Damage to the neurovascular bundles in bites may cause considerable long-term deficits.

Once stabilized, or if the patient is initially stable on presentation, obtain a thorough history of the events that led up to and occurred during the shark encounter. Any current medical co-morbidities including those that may predispose to immunocompromised states such as diabetes, liver cirrhosis, alcohol use, or immunosuppressant medication, and any previously existing neurologic deficits is important to know and document. The history should also include the patient’s tetanus vaccination status. Injuries should be examined carefully to determine their extent, the degree of devitalized tissue, neurologic and vascular integrity, bony injury, and foreign bodies.

Imaging should be performed to evaluate for retained pieces of shark teeth in wounds, fractures, and periosteal damage. An x-ray, ultrasound, or CT scan can be used to identify such objects. CT angiography can be used if there is suspicion for vascular injury despite the patient being hemodynamically stable and if there are no “hard signs” (i.e. pulsatile bleeding, rapidly expanding hematoma, etc.) of vascular injury observed.

The initial management of a patient who was the victim of a shark attack usually begins in the pre-hospital setting. It is important to assess the scene for safety and to remove the patient from any area that is likely to cause further harm to the patient or to treating providers. Sometimes this means moving the patient away from the water on a beach shore. Like all traumatic injuries, the initial medical care should be directed at assessing and stabilizing the patient’s airway, breathing, and circulation, which can be performed in accordance with the Advanced Trauma Life Support (ATLS) Protocol. Hemorrhage control is a priority. Extremities are the most likely to be injured,[8] and if bleeding control is difficult to achieve, there should be no hesitation to use tourniquets to stop the bleeding as a temporizing measure for other stabilizing interventions. Tourniquets should be left in place until the patient can be evaluated by a surgeon who can repair an injured blood vessel. Intravenous lines for fluids and/or blood transfusions should be started as soon as possible. If there is extensive tissue loss, these areas need to be cleaned or debrided in the operating room by a surgeon. Hypothermia is often an issue due to time in the water, blood loss, and shock. Wet skin should be dried to avoid further heat loss and rewarming measures should be initiated as soon as possible without delaying other resuscitative measures.

Isolated wounds can be treated in the emergency department or in an outpatient clinic. These wounds need to be cleaned thoroughly to prevent infection. With any wound caused by an animal bite, foreign objects can be retained in the tissue, and need to be identified for removal.

Thorough wound cleaning plays a crucial role in preventing wound infections. This can begin at the scene using tap water to irrigate the wound. Further irrigation should be performed in the emergency department or in the outpatient setting. Careful exploration to find foreign bodies is necessary. Devitalized tissue should undergo debridement and copious irrigation. Although most injuries are minor or superficial, some are more serious and will require surgical debridement and repair.[8][9]

For minor wounds, there is no consensus regarding the decision for wound closure. The decision on whether or not to close a wound inflicted by a shark should weigh the risk of infection against the potential of poor cosmetic healing. Shared decision making with an informed reliable patient can be performed to help with making this decision. One documented case in the scientific literature involving a wound inflicted by the teeth of a shark utilized a loose wound closure at 24 hours after the injury in conjunction with prophylactic oral antibiotics and scheduled re-evaluations. There was no documented infection related to the wound following this treatment.[10]

Prophylactic antibiotics should be given for all shark bites, even minor ones. The choice of antibiotics should cover for Vibrio species. Fluoroquinolones, third-generation cephalosporins, and doxycycline are highly active against V. vulnificus. Additionally, staphylococcus and streptococcus coverage should also be considered due to their prevalence in wound infections.[10] As such, a combination regimen of Cephalexin and doxycycline or cephalexin and ciprofloxacin would be appropriate choices for prophylaxis. For more serious Vibrio infections requiring hospitalization, one antibiotic regimen recommended by the Center for Disease Control and Prevention (CDC) is a combination regimen including a 7-14 day course of Doxycycline 100mg PO/IV BID and a third-generation cephalosporin (e.g., ceftazidime 1–2g IV/IM q8 hours).[10]

When possible, antibiotic selection should be tailored based on wound or blood culture results.[11][12][4]

Due to the large conspicuous nature of a shark, rarely will there be any diagnostic uncertainty regarding a shark bite. A history of an encounter with the animal will often be communicated by the patient, EMS personnel, or a bystander. In the case of an unwitnessed shark trauma in which a patient is unable to provide any history due to barriers such as altered mental status, and if unable to obtain collateral history, one must consider trauma from other marine lifeforms. Additionally, a provider should consider the potential complications associated with such traumatic injuries. Though not comprehensive, a starting point is listed below:

Most injuries from shark attacks are non-fatal. In one review of 86 consecutive cases, the majority (81%) of patients had only minor injuries that required simple sutures. However, patients with more extensive wounds were associated with higher morbidity and rates of limb loss. In the fatal traumas, most deaths occurred as a result of exsanguinating hemorrhage from vascular injury.[2]

In the acute setting, similar to other penetrating trauma, neurovascular injuries and acute fractures are possible.

Sharks may bite to eat, protect territory, or as a startle reaction. In general, shark attacks are rare. Recommendations from the Global Shark Attack File that can help decrease the likelihood of shark attacks include:

The management of shark bites is with an interprofessional team that includes a general surgeon, vascular surgeon, infectious disease expert, an emergency physician, and an intensivist. Shark bites are not common but when they do occur they are either fatal at the site or the individual suffers serious injury including amputation of the limb. The management of shark bites is made more difficult as many encounters occur at sea away from expert medical assistance. Like any trauma, the priority is to resuscitate the patient with priorities on the airway, breathing, and circulation. Unfortunately, there is a paucity of evidence in the scientific literature to help guide the management of shark-related trauma. Most of the evidence comes from retrospective cohort studies, chart reviews, extrapolation from basic science studies, or expert opinion. (Level 4) 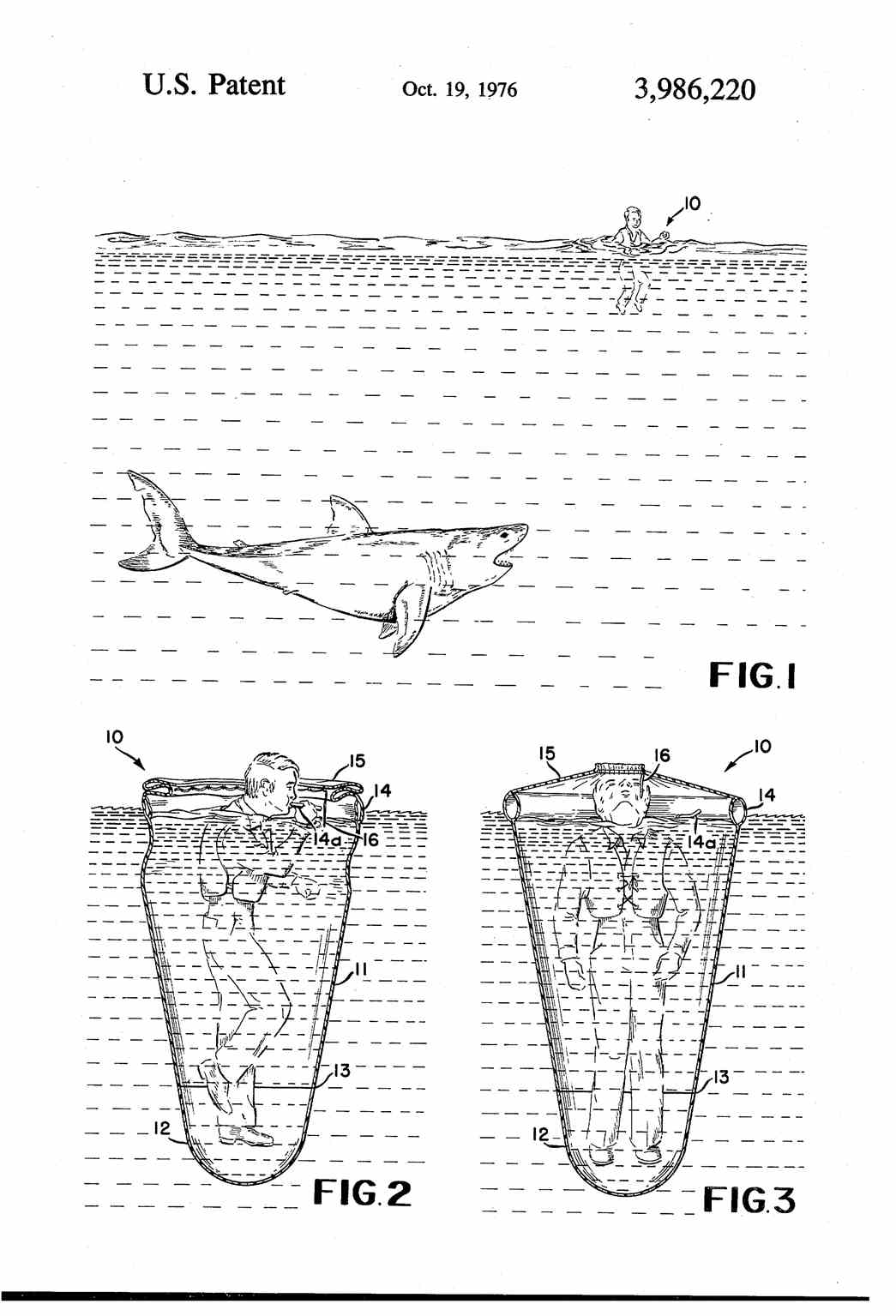