Tinea capitis, also known as ringworm or herpes tonsurans infection, is a fungal infection of the scalp hair. It is caused primarily by the dermatophyte species Microsporum and Trichophyton. The fungi can penetrate the hair follicle's outer root sheath and ultimately may invade the hair shaft. Clinically, tinea capitis can be divided into inflammatory and non-inflammatory types. The non-inflammatory type usually will not be complicated by scarring alopecia. The inflammatory type may result in a kerion, a painful nodule with pus, and scarring alopecia. Tinea capitis occurs primarily in children between 3 and 14 years of age, but it might affect any age group. It may also involve the eyelashes and eyebrows. This activity reviews the evaluation and management of tinea capitis and highlights the role of interprofessional team members in collaborating to provide well-coordinated care and enhance outcomes for affected patients.

Tinea capitis is a fungal infection of the scalp hairs. Tinea capitis is also known as ringworm and herpes tonsurans infection.[1] It is caused primarily by the dermatophyte species Microsporum and Trichophyton. The fungi can penetrate the hair follicle outer root sheath and ultimately may invade the hair shaft. Clinically, tinea capitis divides into inflammatory and non-inflammatory types. The non-inflammatory type usually will not be complicated by scarring alopecia. The inflammatory type may result in a kerion (painful nodules with pus) as well as scarring alopecia.[2] Tinea capitis occurs primarily in children between 3 and 14 years of age, but it might affect any age group. It may also involve the eyelashes and eyebrows.

Tinea Capitis is a common dermatological disease. Tinea capitis is seen almost all over the world. It is most common in hot, humid climates such as Africa, Southeast Asia, and Central America. Sexual predilection varies depending on the causative dermatophytes, e.g., Trichophyton infections will affect both sexes equally during the childhood years. Microsporum canis affects boys more than girls. Tinea capitis affects children more than adults.

Dermatophytes are a common cause of infection in humans. Once acquired, the fungus grows downwards in the stratum corneum and invades the keratin. The infected hair eventually becomes brittle and then break.

Immunosuppression may lead to impaired hair shaft growth and strength leading to easier colonization. Other associated diseases include:

It is worth mentioning that in HIV, the risk is not increasing due to competitive colonization with Malassezia.

Hair will typically get infected in one of three principal ways:

1) Endothrix: where the fungi affect the hair shaft - an example of this type: Trichophyton tonsurans

2) Ectothrix: where the fungi affect the outer sheath root - an example of this type: Microsporum canis

3) Favus: where there is an inflammatory reaction, crusting or scutula, and hair loss - an example of this type: Trichophyton schoenleinii[4]

Periodic acid-Schiff stain is a special stain that will help in identifying the fungi. Also, neutrophilic infiltrates might be seen in the papillary dermis.[5]

Tinea capitis usually affects children. Therefore, it is essential to inquire about any colleagues and friends from the school that have the same condition; this might give a clue about the mode of transmission. The infection usually starts as red papules that will increase in size with the time. As the infection spreads, it might involve the whole scalp. The skin of the infected area of the scalp may be normal close to the center of the round patch, but will probably appear irritated, red, or inflamed near the edges. Symptoms of tinea capitis include redness, itching, scale formation, and alopecia.[2]

The symptomatic presentation of ringworm infection of the scalp is quite different depending upon the causative organism. Commonly, the infection may look like severe dandruff that appears on various places on the scalp. Some infections cause patches of hair loss. The inflammatory type (kerion) is associated with pus discharge and might lead to permanent hair loss.[6] Extension to the eyelashes and eyebrows is not uncommon. Cervical lymphadenopathy is often seen in patients with kerion.

There are three distinct clinical presentations which include:

Black dot tinea capitis, which is the classical presentation: in this type, there is an infection with a fracture of the hair.

Kerion is another presentation that involves inflammation and may progress to scarring alopecia.

Id reaction or an idiosyncratic reaction is caused by the immune response to the fungi. The id reaction tends to occur at a distant site and is often triggered by antifungal treatment. The id reaction presents as intense itching of vesicles, usually on the feet. It may also present as erythema nodosum or annular erythema.

One may consider a fungal culture swab, biopsy, or scraping from the scalp in patients with tinea capitis. A fungal culture may confirm the causative fungus. The scraping can be done and placed on a glass slide. A few drops of KOH 20% solution is added, and the slide is examined under a microscope to look for hyphae and spores.

Woods light is a modality to check for fluorescence of the infected areas. With the light of a wood, infected hairs by M. canis, M. audouinii, M. rivalieri, and M. ferrugineum will give a green to a yellow-green color. Infection with T. schoenleinii may show a blue color. It should be noted that tinea capitis caused by T tonsurans usually does not show fluorescence.

Tinea capitis can is treatable with systemic antifungal medications. Often the drug of choice is griseofulvin. The treatment is for 4 to 8 weeks. Topical treatment is not recommended, as it is ineffective.

Azole antifungal medications like itraconazole and fluconazole are also alternative treatment options. Specific presentations like kerion need anti-inflammatory treatments like systemic steroids for a short period to help to reduce the inflammatory response and also consequently lower the risk of permanent alopecia. This steroid therapy is in addition to oral antifungal treatment. Allylamines are a great option orally, like terbinafine.

Most oral antifungal treatment may increase liver enzymes, therefore, consider checking liver enzymes before initiating, during, and after therapy.

Tinea capitis has a good prognosis with treatment. However, those who remain untreated are at risk for the development of an abscess, also known as a kerion. The fungi can shed spores for many months leading to spread. A common cause of treatment failure is a lack of medication compliance. Tinea capitis usually has a good prognosis when treated early and appropriately.

All household contacts should be screened for tinea capitis. Asymptomatic individuals should be treated; otherwise, the cycle of transmission will continue.

The use of antifungal or selenium shampoo is recommended for 2 to 4 weeks. Teachers should be educated on tinea capitis and place infected children away from other healthy children. The sharing of personal care products should be avoided.

Tinea capitis is a very common infection in children and easily acquired. The best way to prevent and treat tinea capitis is with an interprofessional team. The majority of patients are first seen by the pediatrician, nurse practitioner, or primary care provider. The key is prompt diagnosis and initiating oral therapy. Follow up is essential to ensure cure.

Parents need to be educated about prevention. The easiest method of preventing tinea capitis is avoiding situations where the patient can acquire it from another person or animal. Health care professionals should coordinate as a team across disciplines in identifying the condition, treating, and tracking down the source of contamination.

Children should be instructed not to share caps, hairbrushes, and combs. Pillows, as well as bed linens, should be washed thoroughly. The fungi responsible for tinea capitis can live for long periods. Hair equipment needs to be cleaned and also disinfected or replaced altogether.

Working as a team and eliminating sources of contamination helps reduce the morbidity of this condition. [Level 5] 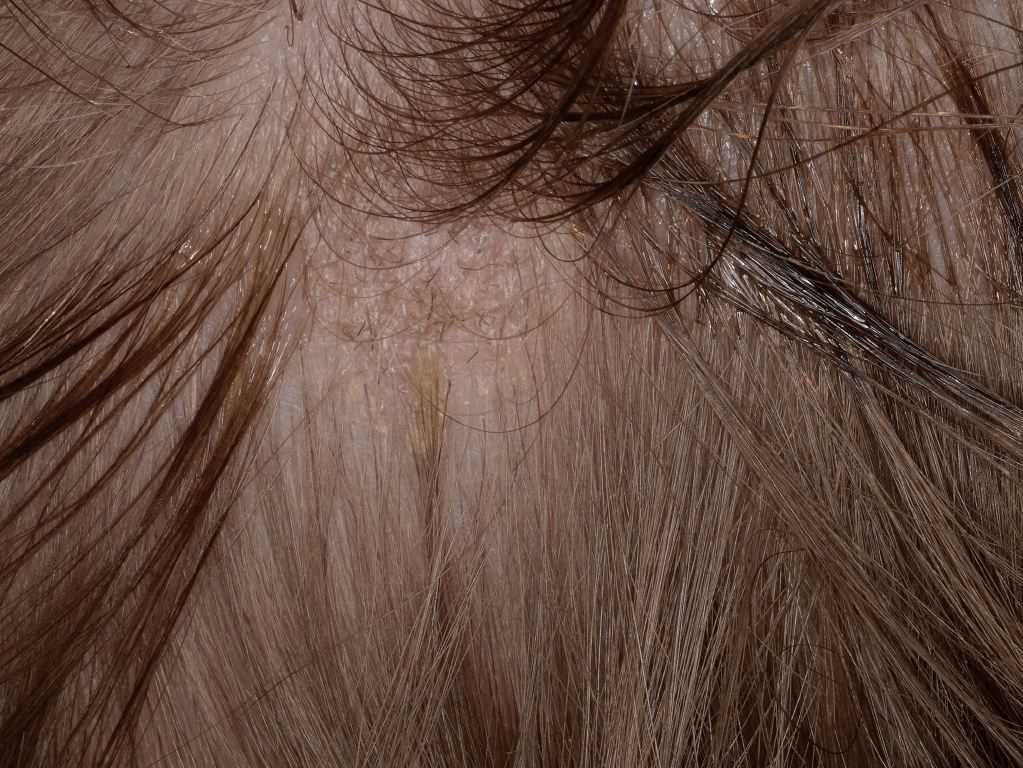 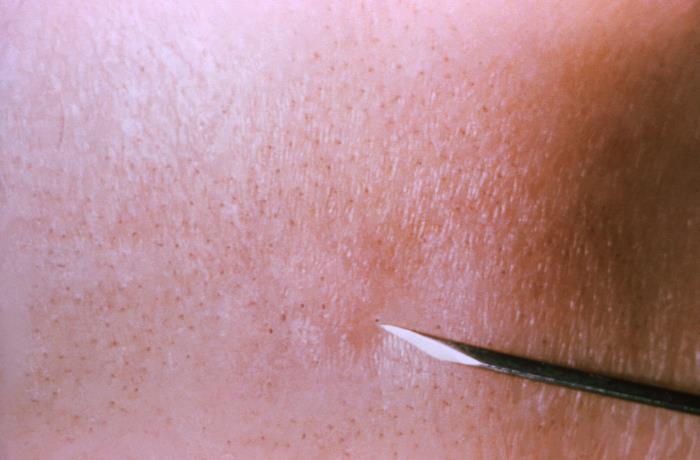 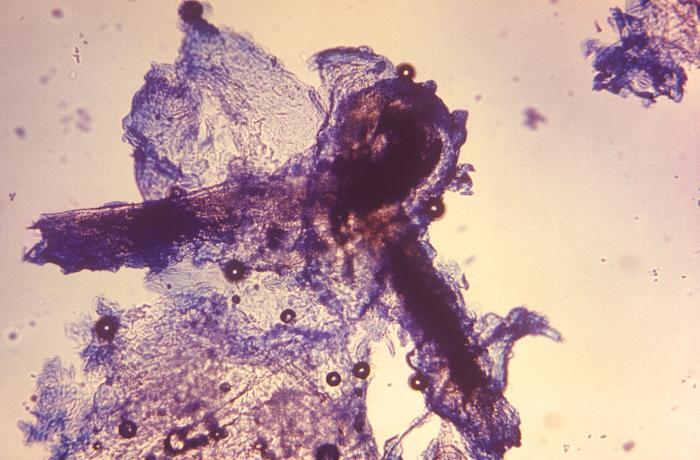 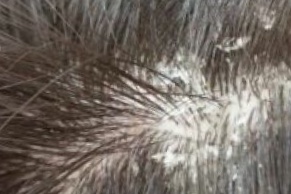