In addition to trauma and cavitation, the spinothalamic tract can be compromised due to vascular issues as well. One example is anterior spinal artery syndrome, which is caused by infarction of the anterior spinal artery territory. Patients with anterior spinal artery syndrome present with pain and temperature loss bilaterally below the level of the lesion. However, vibratory and proprioceptive senses are preserved due to posterior column sparing. Lateral medullary syndrome caused by occlusion of posterior inferior cerebellar artery affects the spinothalamic tract as STT runs in the lateral aspect of the medulla, resulting in loss of pain and temperature sensations over the entire contralateral side of the body as well as on the ipsilateral face due to the spinal trigeminal tract involvement. Similarly, lateral pontine syndrome caused by the anterior inferior cerebellar artery can impact the spinothalamic tract giving a clinical picture that resembles that of lateral medullary syndrome. In lateral medullary and pontine syndrome, however, cranial nerve deficits and cerebellar findings coexist with STT deficit findings as well as Horner syndrome.

A lesion localized to a ventral posterolateral in the thalamus will lead to an initial loss of all sensations from the contralateral side of the body, including pain. Over time, the patient may experience pain in all, or part, of the contralateral side of the body; this is referred to as thalamic pain syndrome (Déjérine-Roussy syndrome). This phenomenon of sensing the pain on the opposite side of the body can be detrimental to both the patient and practitioner. If the lesion is not obvious, the sensation and location described by patients can lead physicians to think that the pain is more psychological rather than physical. Practitioners need to keep this phenomenon in mind when evaluating patients for pain management. 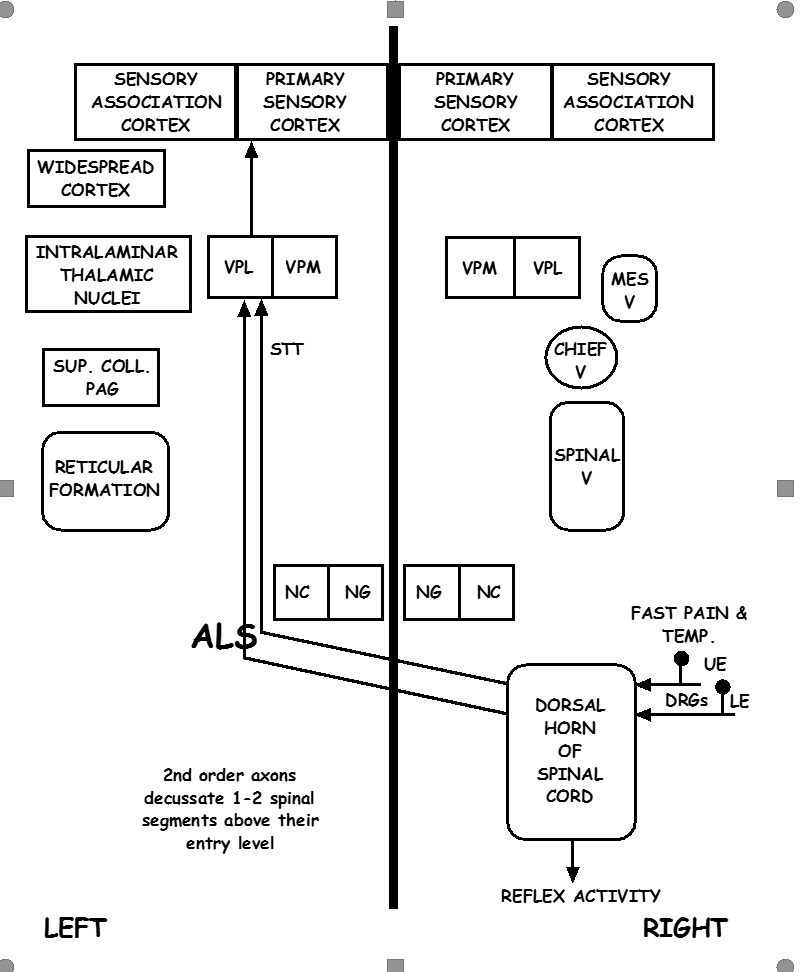 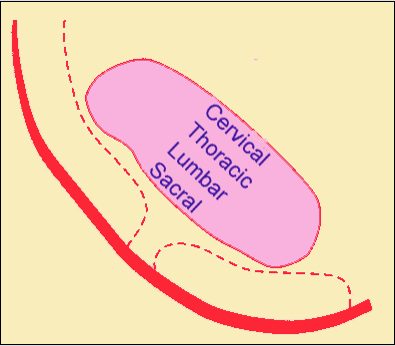