The raphe nuclei are positioned midline in the brainstem throughout the midbrain, pons, and medulla. These nuclei contain primarily serotonergic neurons, which release serotonin (5-hydroxytryptamine) with autocrine and paracrine effects, as well as synaptic connections. Serotonin generation comes from L-tryptophan via a two-step process catalyzed by tryptophan hydroxylase and L-aromatic amino acid decarboxylase. Upon release, serotonin binds a 5-HT receptor postsynaptically, subtypes of which exert different physiologic effects. Presynaptic 5-HT autoreceptors modulate the subsequent release of serotonin. The serotonin reuptake transporter (SERT) is responsible for presynaptic reuptake. Serotonin primarily metabolized by monoamine oxidase.[1]

The more rostral nuclei located in the midbrain and rostral pons – caudal linear nucleus, dorsal raphe, and median raphe – have projections which extend to forebrain structures. These projections modulate behavioral and emotional functioning, including mood regulation, memory, and sleep-wake cycle. The caudal nuclei of the caudal pons and medulla– raphe magnus, raphe obscurus, and raphe pallidus – primarily project to spinal cord structures; this occurs via parallel projections to ventral, intermediate, and dorsal columns. They modulate nociception and movement.[2]

A decrease of serotonergic input to the limbic system has been the longstanding and primary model for the pathogenesis of major depression. Decreased synthesis of serotonin, low-affinity binding to post-synaptic receptors, increased the response of presynaptic autoreceptors, and rapid degradation of serotonin all carry links to clinical depression. These differences in physiology are often due to genetic polymorphisms, explaining increased susceptibility in patients with a family history of depression. While the pathogenesis of depression is understood to be multifactorial in most patients, augmentation of serotonergic transmission with selective serotonin reuptake inhibitors (SSRIs) has been the longstanding first-line treatment for depression.[3]

The raphe nuclei divide into rostral and caudal groupings. The rostral group contains the majority of serotonergic neurons in the brain. Within this set is the caudal linear nucleus, which contains serotonergic, catecholaminergic, and substance P producing neurons. The dorsal raphe nucleus is situated between the oculomotor nucleus and mid-pons, extending from midline to the periaqueductal gray. The median raphe extends from the caudal edge of the superior cerebellar peduncles to the motor nucleus of V. Afferents for the dorsal raphe and median raphe come from the limbic system. Glutamatergic innervation comes from hypothalamic nuclei, ventral tegmental area, and the cingulate cortex, while GABAergic innervation is provided by the hypothalamus as well. The efferents of the rostral group project via two paths, one to the lateral cortex via the internal capsule, and the other to the hypothalamus, amygdala, hippocampus, and medial cortex by way of the medial forebrain bundle. Cortical innervation primarily concentrates in layer IV.[2]

The caudal group contains raphe magnus, which is midline in the pons at the level of the nucleus of VII. Neurons from raphe magnus produce serotonin, thyrotropin-releasing hormone, and substance P. Raphe obscurus is midline in the dorsal medulla and primarily expresses substance P. Finally, raphe pallidus is between the pyramids. These nuclei receive catecholaminergic innervation from the periaqueductal gray, amygdala, and hypothalamic nuclei. The caudal group projects to the dorsal, intermediate, and ventral horns of the spinal cord by way of two parallels paths.[2]

Serotonergic pathways originating from the raphe nuclei are implicated in a multitude of physiologic and behavioral functions. Corticolimbic projections from the rostral group to the amygdala, hippocampus, thalamus, and basal ganglia modulate emotion, mood, response to stress and cognition. Additional functions include regulation of appetite, sleep cycles, movement, sexual function, and movement.[4] Similarly, raphe nuclear input heavily modifies pain perception. The descending projections modulate the response to painful stimuli in the dorsal horn of the spinal cord. Likewise, serotonergic input to pain-sensitive regions of the thalamus and the hypothalamic arcuate nucleus cells produces an analgesic effect.[5]

Brainstem surgery remains challenging but can be a useful treatment strategy for lesions such as brainstem gliomas. Aiding the surgical approach is intraoperative monitoring of auditory, motor, and somatosensory evoked potentials as well as cranial nerve mapping. These features aid in determining the safest entry area for surgery. For lesions in the tegmentum of the pons near the raphe nuclei, an infratentorial supracerebellar approach provides good access with minimal disruption to surrounding structures such as the raphe nuclei.[7]

In recent studies, electrical stimulation of the raphe magnus increased myelination and reduced symptoms in a multiple sclerosis model mouse. In the future, surgeons may implant deep brain stimulators in the raphe nuclei to treat disease states such as multiple sclerosis.[8]

Research shows that changes to the dorsal raphe nucleus carry implications in major depressive disorder (MDD) and suicidality. MDD ranks as the leading cause of disability in developed countries, according to the World Health Organization. Genetic polymorphisms affecting the availability of tryptophan, activity of tryptophan hydroxylase 2 monoamine oxidase which degrades serotonin, 5-HT1 autoreceptors, and serotonin transporters all confer risk for depression, particularly with the onset of symptoms early in life. In later life depression, volume loss of the dorsal raphe, as well as decreased connectivity to the posterior cingulate cortex, is more strongly implicated.[3] These changes can develop by myriad means, including age-related degeneration as well as infarction.

Based on this understanding, SSRIs are considered first-line treatment for MDD. The mechanism of action for this drug is to increase the synaptic concentration of serotonin by binding and inhibiting the presynaptic serotonin reuptake transporter and decreasing responsiveness of 5-HT autoreceptors. The thinking is that this increased serotonin concentration, specifically in limbic synapses, results in a more positive appraisal of emotional information. Over time this change gradually results in a clinical antidepressant effect as conscious cognitive processing becomes altered and previous emotional associations are modified. This clinical effect typically takes place over 4 to 6 weeks.[9] Other classes of antidepressants also increase serotonin transmission. Monoamine oxidase inhibitors diminish the degradation of serotonin. Tricyclic antidepressants (TCAs) decrease 5-HT1A as well as alpha-2 adrenoceptor responsiveness, producing increased serotonin transmission.

The fact that other treatment modalities for depression target dopamine, norepinephrine, and catecholamine transmission implies that the serotonergic system is one of the multiple components in the pathogenesis of depression. For example, in patients who respond well to selective norepinephrine reuptake inhibitors, the depletion of catecholamines rather than serotonin is more closely linked to symptomatology. Furthermore, some patients experience improvement of symptoms when SSRI therapy is augmented with a second agent such as a dopamine agonist, highlighting a multifactorial etiology. Current research explores novel targets to alleviate MDD symptoms and to do so more rapidly.[10] Also, the investigation into the microbiota-gut-brain axis holds promise for future treatment modalities. While the raphe nuclei synthesize the majority of serotonin in the central nervous system, most of the serotonin in the entire body gets synthesized in the gastrointestinal tract. Research linking abnormal gut microbiota to depressive symptoms highlights environmental factors in the pathogenesis of MDD. Studies demonstrating that depressive symptoms are reversible with transplantation of normal microbiota holds promise for future therapeutic measures.[11]

Alterations in serotonin pathways are also implicated in chronic pain syndromes, given the known process of pain modulation at the dorsal horn level of the spinal cord due to descending projections from the raphe nuclei. For this reason, SSRIs and TCAs may be considered to treat fibromyalgia, chronic pelvic pain, diabetic neuropathy, and headache syndromes.[12]

Serotonin syndrome is a medical emergency that can be precipitated by interaction or overdose of serotonergic drugs, causing overactivity of 5HT-1A and 5HT-2A receptors. Patients present with altered mental status, tremors, hyperreflexia, muscle rigidity, fever, tachycardia, and hypertension as a result of the excess central nervous system and peripheral serotonergic activation. Treatment is supportive care and most importantly, discontinuation of all serotonergic medications, and the prognosis is favorable.[13] Neuroleptic malignant syndrome also shares some of the symptoms of serotonin syndrome-like hyperthermia, altered mental status, and autonomic instability. But neuroleptic malignant syndrome demonstrates bradyreflexia, lead pipe rigidity, and extrapyramidal features. So, it is imperative to identify these emergencies early to prevent mortality. 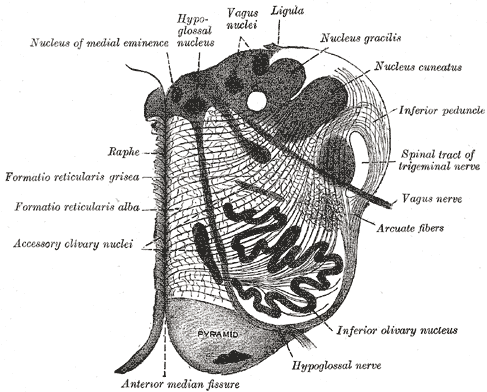 Cowen PJ,Browning M, What has serotonin to do with depression? World psychiatry : official journal of the World Psychiatric Association (WPA). 2015 Jun;     [PubMed PMID: 26043325]