The lung veins sometimes referred to as the pulmonary veins, are blood vessels that transfer freshly oxygenated blood from the lungs to the left atria of the heart. They are the only veins in the adult human body, which contain a higher percentage of oxygenation of blood than their arterial counterpart, the pulmonary arteries.

In the animal model, the tunica media of the pulmonary veins is constituted by cross-striated muscle tissue, which fibers are identical to the portion left atrial epicardial, posteriorly.

The atrium muscle fibers in the atrium venous junction have a non-linear orientation, probably to improve the junctional relationship with the different mechanical stimulations.

The literature documents several physiologically normal patterns and variations. The normal pattern of four pulmonary veins, well-differentiated, and two from each side is present in 60 to 70% of the population.[3] Atypical but healthy variants are present in 30 to 38% of the population.[7] On the left side, there are two common variants. One common left-sided trunk that is considered either long or short variant. The short left common trunk variant is found in 15% of the population and is the most common variation of pulmonary vein anatomy. Right-sided variants tend to be more complex and rarer. The most common type of right-sided variance is a third accessory right pulmonary vein. These have multiple subgroups and classifications based on the relation of the accessory vein to the normal two pulmonary veins.[3]

The pulmonary veins are extremely vascular. Any surgical procedure in the thorax should be careful not to damage them. There are several congenital conditions associated with left pulmonary malformation, as mentioned below. Most of these conditions require surgical correction if medical management has failed.[3]

The pulmonary veins merit consideration during any surgical procedure of the lung, such as a segmentectomy, lobectomy, or transplant. Indications for these interventions are commonly cystic fibrosis, tuberculosis, emphysema, benign tumor, or malignancy. Traditionally these procedures were done openly through a posterolateral thoracotomy approach. A relatively new minimally invasive technique in thoracic surgery, video-assisted thoracoscopic surgery, VATS, has shown to have a lower incidence of complications than classic open surgery.[8]

Anatomical malformation such as partial anomalous pulmonary venous return (PAPVR) and the more severe form, total anomalous pulmonary venous return (TAPVR).[10] The pulmonary venous malformation in PAPVR can present as an isolated finding or associated with other diseases, such as atrial septal defect (ASD) or scimitar syndrome.[11] The latter present with a classic triad of hypoplastic right lung, anomalous right pulmonary venous drainage to the IVC and anomalous systemic arterial supply to the right lower lobe. The name scimitar, derived from the curved anomalous venous drainage that resembles a Turkish sword on chest X-ray.[10] Another syndrome associated with PAPVR is Turner syndrome, 45 XO.[12] In TAPVR, all four of the pulmonary veins do not drain into the left atrium. Instead, they empty to the right atrium, causing cyanosis. Hence, it is one of the cyanotic congenital heart diseases. Based on the pulmonary veins drainage, it can subdivide into four types, supracardiac, infracardiac, cardiac, and mixed with the prevalence in descending order.[11] Historically, all forms of TAPVR needed surgical correction because of its grave prognosis (80% mortality in the first year of life).[13]

Another disease associated with abnormal veins is alveolar-capillary dysplasia with misaligned pulmonary veins (ACD/MPV). This rare and fatal disease (almost 100% mortality) is caused by unknown teratogen, which hinders the development of fetal lung vascularization. Significant decrease in alveolar capillary numbers causing the blood that enters individual lung unit to drain to this abnormal vein directly rather than from capillaries.[14]

Agenesis of the right pulmonary veins is a very rare event. This condition involves the presence of collateral veins but less oxygenated blood.

In the presence of chronic obstructive pulmonary disease (COPD), idiopathic pulmonary arterial hypertension, the pulmonary veins undergo a negative remodeling with increased fibrotic tissue in the intimal layer. The mechanism of vasorelaxation decreases in patients with COPD, with reduced levels of nitric oxide (NO) and endothelium-derived hyperpolarizing factor (EDHF), both molecules that influence the tone of the vessel.

On an animal model with congestive heart failure (CHF), there would appear to be a sympathetic hyperinnervation of the vessels, with an increase in beta1-adrenergic receptors. 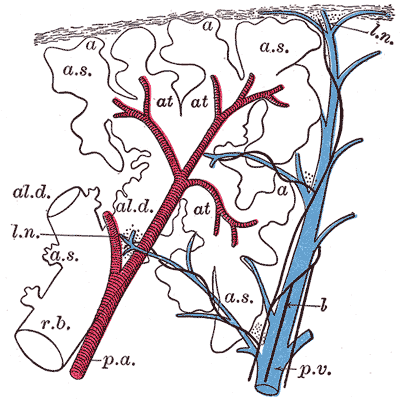 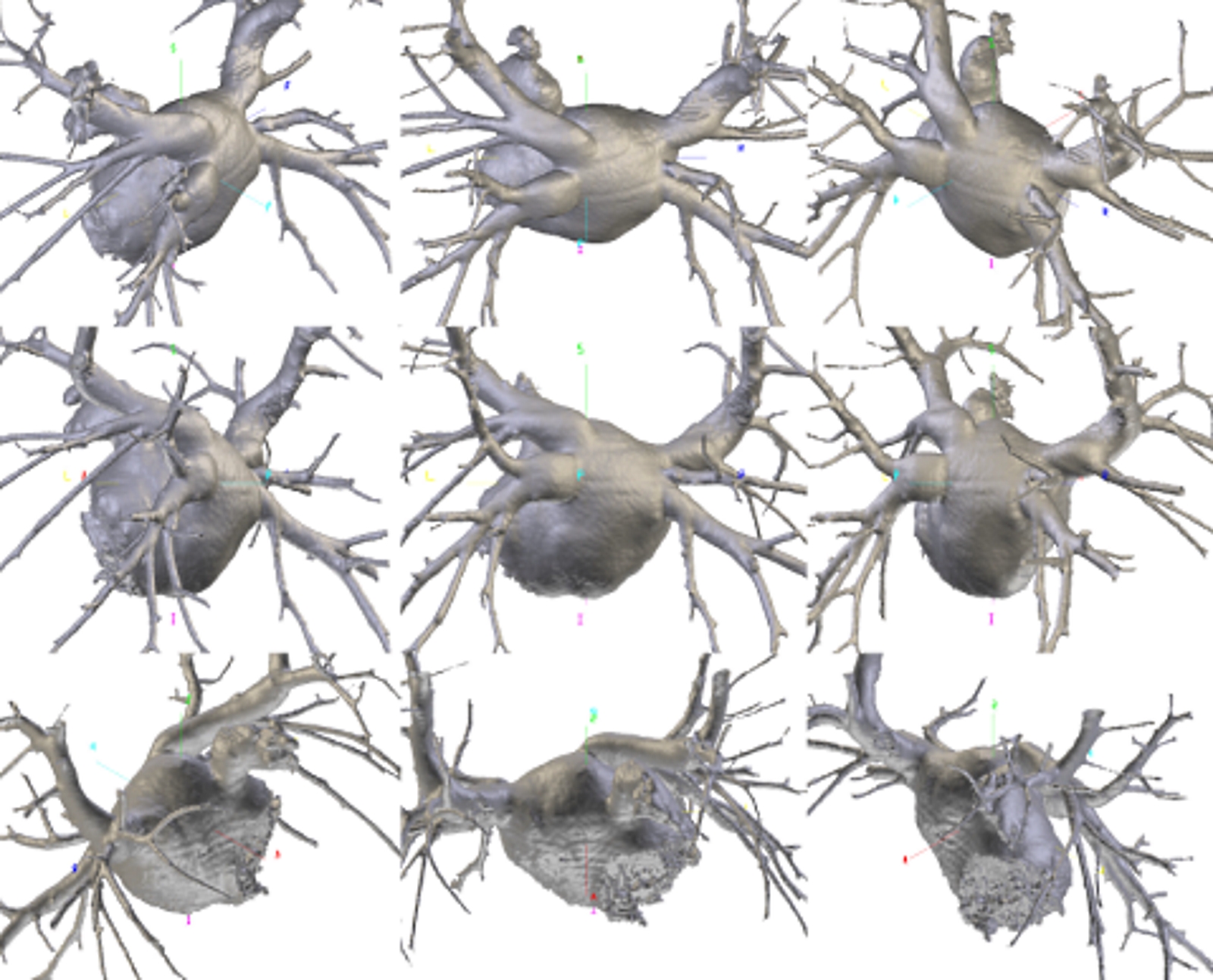