Superficial lymphatics provide lymphatic drainage to the lateral compartment of the lower leg.[1]

Patients with a peroneal magnus artery that undergo vascular surgery involving grafting in the lower leg have an increased likelihood of experiencing surgical complications such as foot and limb ischemia.

Peripheral arterial disease (PAD), caused by atherosclerosis, is the primary clinical issue associated with the peroneal artery.  Mild cases of PAD correlate with mild leg pain with exertion (for example – walking).  The term for pain with exertion is claudication.  Moderate cases of PAD demonstrate severe pain with walking, and severe PAD presents with leg pain at rest.[3]

Radiographic evaluation of PAD can be performed with multiple different modalities.  Plain radiographs (x-rays) can diagnosis atherosclerosis by identifying vascular calcifications.  However, plain radiographs are not considered to be a suitable method of evaluating for PAD due to the very low sensitivity that x-rays have in being able to identify atherosclerosis when present.

Digital subtraction angiography also allows for therapeutic intervention to be performed in addition to diagnosis (unlike vascular ultrasound, CTA, and MRA which are diagnostic only).  Arterial balloon angioplasty with stenting of areas of stenosis caused by atherosclerosis can be performed as a treatment for PAD at the same time as diagnostic DSA analysis.[5] 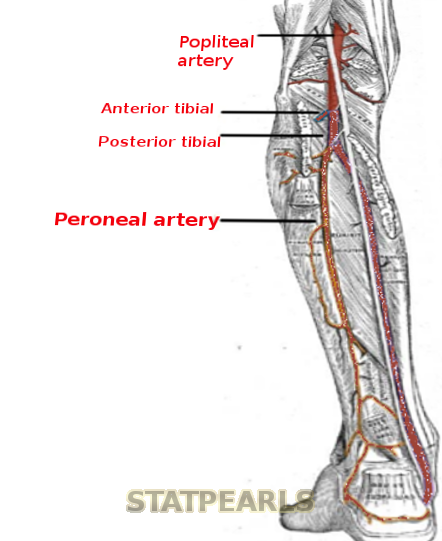