Pemphigus herpetiformis accounts for 6% to 7.3% among patients with pemphigus. Since the first description in 1975 by Jablonska and others, approximatively 100 cases have been reported in the literature. It equally affects men and women. The age of onset ranges from 5 to 92 years. Only four pediatric patients have been reported. Pemphigus herpetiformis does not appear to have a specific ethnic predominance since it has been reported from different continents including America, Europe, Asia, and Africa.

Peripheral blood eosinophilia may be found in some patients. Direct immunofluorescence staining on skin biopsy specimen is similar to the other forms of pemphigus: interkeratinocytic deposits of IgG and C3 most often seen in the superficial layers of the epidermis. Less commonly, these immunoreactants can be seen in the lower layers of the epidermis, mainly when circulating autoantibodies against Dsg3 are present. Indirect immunofluorescence with healthy human skin, the monkey/guinea pig esophagus or rat bladder as a substrate may reveal intercellular binding of IgG antibodies. Enzyme-linked immunosorbent assay and/or immunoblotting can reveal circulating antibodies targeting epidermal proteins, mainly Dsg1, less commonly Dsg3. Recently, other target antigens have been reported such as Dsc1, Dsc3, 178-Kd antigen, BP 180 C-terminus, and laminin 332 gamma2 subunit.

Pemphigus herpetiformis is a rare blistering skin disorder that is best managed by an interprofessional team that includes clinicians, specialists, nursing staff, and pharmacists. pharmacists. There is no universal treatment for the disorder but many patients do respond to dapsone and corticosteroids. However, many other immunosuppressive agents and biological drugs are now used to treat this disorder with variable success. The patient needs to be educated about the adverse effects of the drugs; which often reduces compliance. Both nursing and the pharmacist can fulfill this role and should report any concerns back to the prescribing clinician. The pharmacist will also verify all dosing and perform medication reconciliation to rule out drug interactions. This interprofessional methodology will lead to improved patient outcomes for patients with pemphigus herpetiformis. 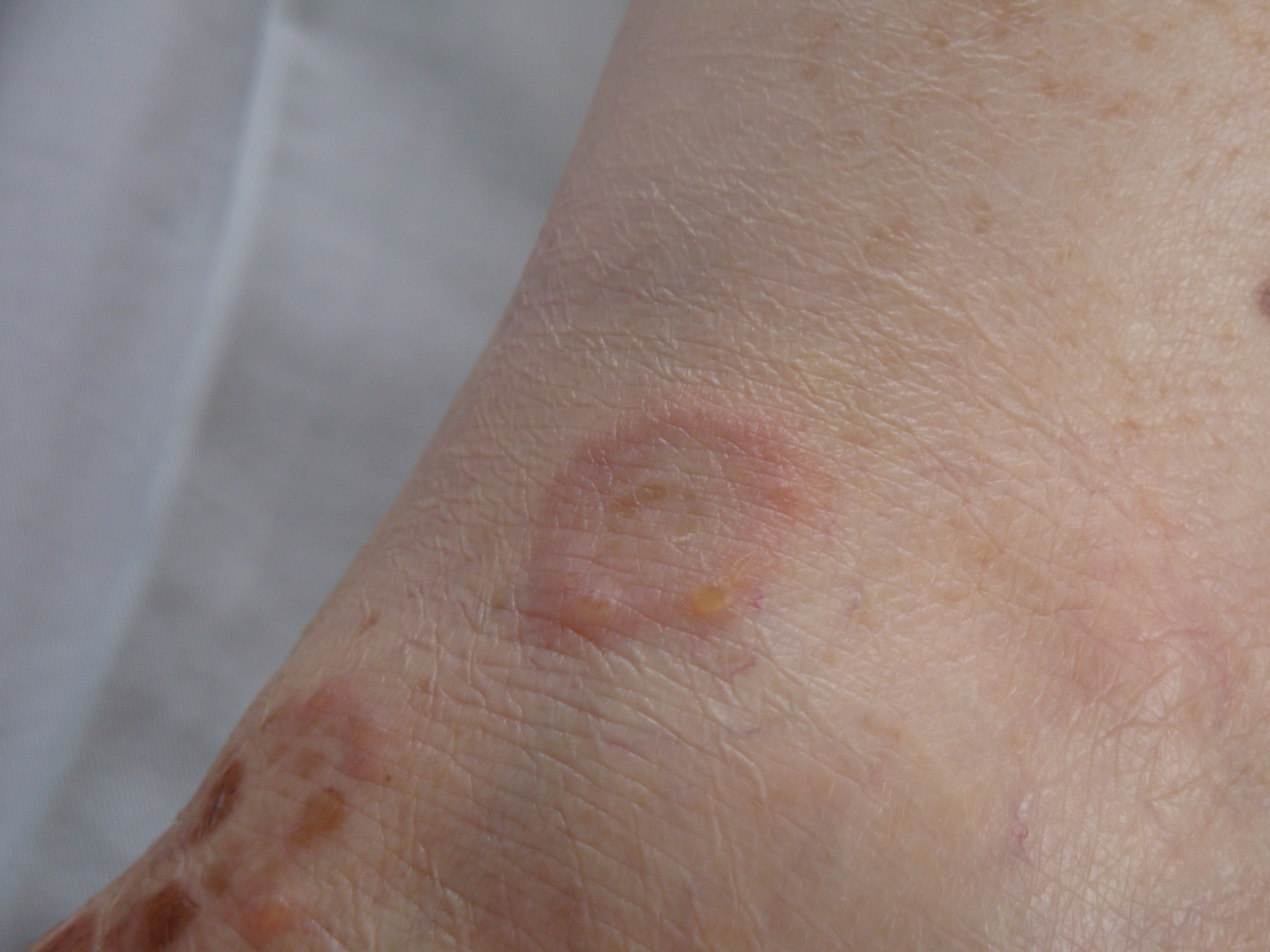