Patellar instability by definition is a disease where the patella bone pathologically disarticulates out from the patellofemoral joint. This most often involves multiple factors from acute trauma, chronic ligamentous laxity, bony malalignment, connective tissue disorder, or anatomical pathology. Overtime patients that have patellar instability can have debilitating pain, limitations in basic function, and longterm arthritis [1] [2] [3] [4].

Patella dislocations account for 3% of all knee injuries [5]. The majority of injuries and pathology occurs in young individuals. In particular, most patients with patellar instability are age 10-16 years old and female [6] [5]. The incidence of patellar instability in the general population is 5.8 per 100,000 and 29 per 100,000 in the 10-17-year-old age group[5] [2]. Many cases of first-time dislocations without loose bodies or articular damage are treated conservatively. However, the recurrence rate after conservative treatment can be up to 15-44% [2]. Patients with a history of two or more dislocations have a 50% chance of recurrent dislocation episodes [5]. Having a previous patellar dislocation is associated with the highest risk of persistent patellar instability later in life. Furthermore, patients with a known medial patellofemoral ligament (MPFL) injury confirmed on MRI, the rates of recurrence are even higher [7]. With these recurrence rates, first-time dislocators can continue to have pain, functional limitations, and instability.

Patellar instability can be summarized, and each entity will be discussed further below:

The bony structures of the patellofemoral joint do provide inherent stability to the patella, and any defect in the bony surface will result in instability. The majority of the patella articulation occurs between the lateral facet and the lateral trochlear groove.  The normal trochlear groove has a large depth and steepness that provides inherent stability to the patellofemoral joint [22]. Trochlear dysplasia and flattening of this groove will cause patellar instability. The cartilage on the undersurface of the patella is 6-7mm thick, the thickest in the body. The patella itself is a sesamoid bone enveloped in the quadriceps tendon. The major function of the patella is to increase the mechanical advantage of the muscle for knee extension [11]. The patella has 7 facets. The major facets being medial and lateral, which are further divided into thirds. A seventh facet is on the most medial edge of the patella and called the odd facet. Any osteochondral fracture or defect will lead to pain and instability and requires fixation.

The medial ligamentous constraints are just as important. The medial patellofemoral ligament (MPFL), patellomeniscal ligament, patellotibial ligament, and retinaculum of the knee capsule all play roles in preventing lateral patella motion and keeping the patella congruent in the trochlear groove. The strongest of these is the MPFL, which originates from the adductor tubercle to insert onto the superior medial border of the patella. The MPFL is the primary restraint to lateral patellar instability [23]. The major focus in treatment when performing an MPFL reconstruction is the location and ideal femoral position to restore normal anatomic knee biomechanics. The width of the femoral attachment of the MPFL is 11-20mm between the medial epicondyle and adductor magnus insertion [24] [25] [26]. Radiographically, Schottles point can be determined on fluoroscopy and is an accurate reproducible location for the femoral attachment. Schottles point is described as 1mm anterior to the posterior cortex line, 2.5mm distal to the posterior origin of the medial femoral condyle, and proximal to the posterior point of Blumensaats line [27]. The MPFL contributes 50-60% of resistance to lateral translation of the patella [28]. Any laceration, avulsion, or traumatic disruption of MPFL will lead to lateral patellar instability. Once the patella begins to enter the trochlea at 20-30 degrees of flexion, the bony anatomy begins to be the major stabilizer as the patella sits in the trochlear groove. With patella alta, the patella does not engage in the groove until higher than normal knee flexion, and this predisposes the patella to dislocation [29][1].

Lateral soft tissue restraints also can contribute to patellar instability but to a lesser degree. Studies have shown lateral structures to contribute to 22% fo lateral translation and stability in lateral patellar dislocations [1]. These include the deep lateral transverse retinaculum, epicondylopatellar ligament, and patellotibial band. The epicondylopatellar ligament travels from the lateral femoral epicondyle and attaches directly to the tibia via the iliotibial band (ITB). Therefore, the tightness of the ITB influences lateral stability as well.

The combination of increased femoral anteversion, increased genu valgus, and increased external tibia torsion is named, "miserable malalignment syndrome." All of these entities lead to an increase in the Q-angle and subsequently increased risk for patellar instability [35] [36].

Lastly, disorders that effect collagen include Ehlers-Danlos syndrome or Down Syndrome. These diseases cause a chronic progression of ligamentous laxity. When the soft tissue structures around the knee become lax, the patella loses its restraints and these patients typically will complain of habitual dislocations. These patients will have a classic presentation of Ehlers-Danlos with hyperelastic skin, joint hypermobility, and generalized ligamentous laxity. The classic findings from Beighton are passive hyperextension of the digits >90 degrees, passive abduction of the thumb to the forearm, hyperextension of the knee, hyperextension of the elbows, and forward bending with palms on the floor.

For simple lateral dislocations (most common), many dislocations will spontaneously reduce. A non-analgesic reduction attempt is encouraged. Calm and reassuring education can easily prepare the ideal patient. This education requires only a brief explanation of the presumed diagnosis, a description of the rapid reduction process and the dramatic reduction in pain upon completion. The patient is placed in a supine seated position. The patient should have their hips in slight flexion helping to avoid contraction of the patellar tendon.[37][38][39]

For lateral dislocations, passively extend knee into slight hyperextension while applying gentle medial pressure to the lateral edge of the patella. For a one-person reduction, maintain one supporting hand near the posterior ankle giving weighted leverage of the patient’s leg. This technique seems to allow both better leverage and monitoring/sensing for resisting quadricep tension development which can make reduction more challenging. There are more challenging patients or patients with increased anxiety/pain that may require a small analgesic to accomplish the same above method.

Post reduction views should include AP, lateral and sunrise/merchant views to ensure successful reduction, and assess for patellar avulsion or osteochondral injury of the lateral femoral condyle.

Patellar dislocation is quite common and is best managed by an interprofessional team that includes the therapist and orthopedic nurses. Most simple cases of patella dislocation will spontaneously reduce but recurrent cases should be referred to the orthopedic surgeon. Many times the dislocation may be associated with a knee pathology, and lead to chronic pain, limitations in activity, and chronic arthritis. 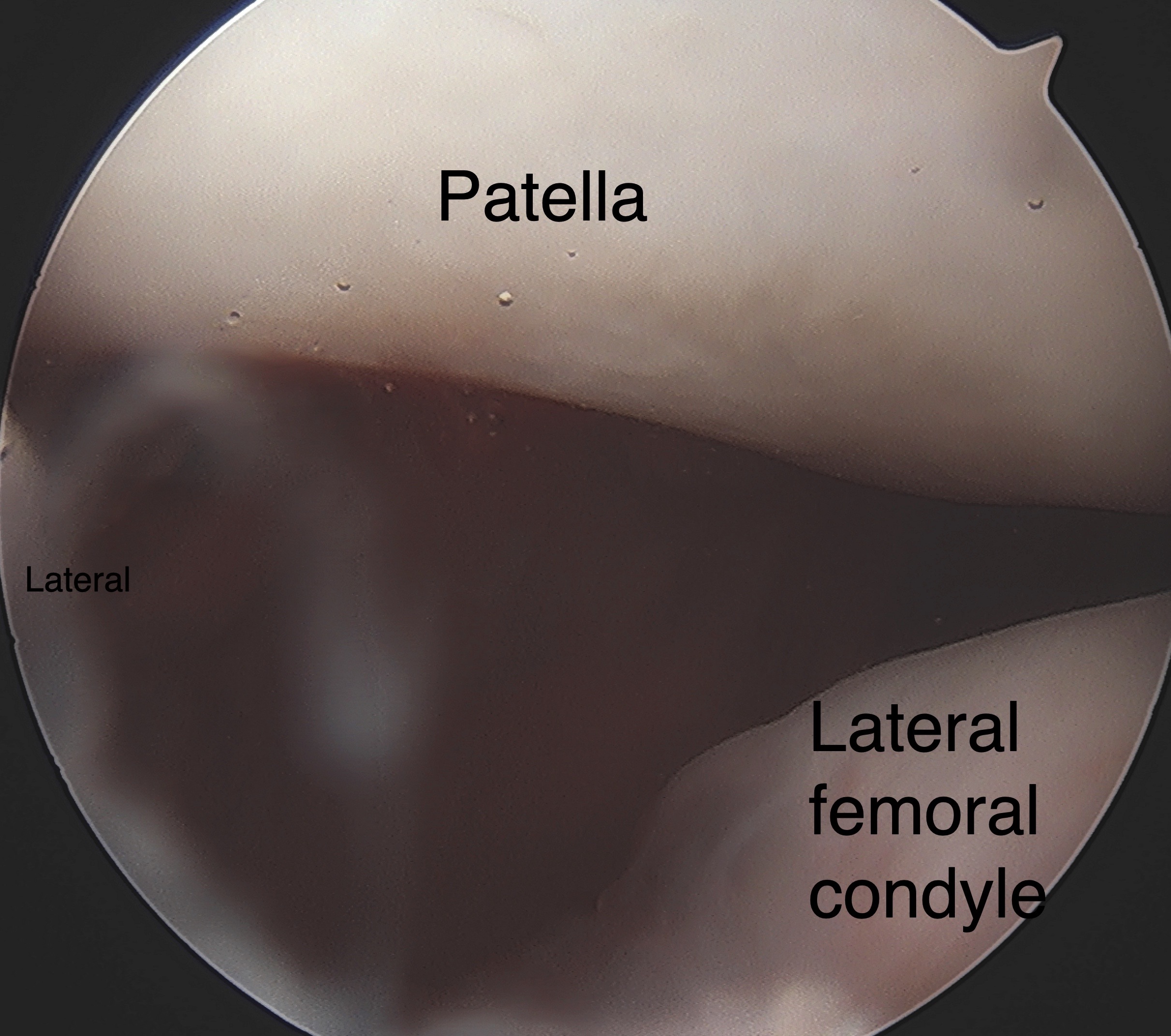