Vision is perhaps the most useful of the senses for humans. More than 50% of the sensory receptors in the human body are located in the eyes, and a significant portion of the cerebral cortex is devoted to interpreting visual information. The eyes are responsible for detecting visible light, which ranges from 400 to 700 nanometers in wavelength. Objects can absorb and reflect different wavelengths of light, which in turn is detected but the eye. The color of an object is actually a manifestation of the wavelength that is reflected and not that which is absorbed. For example, an object appears white if it reflects all wavelengths of light and it appears black if it absorbs all wavelengths of light. The fovea centralis, or fovea, is a small depression within the neurosensory retina where visual acuity is the highest. The fovea itself is the central portion of the macula, which is responsible for central vision.[1][2][3][4]

The fovea centralis is located in the center of the macula lutea, a small, flat spot located exactly in the center of the posterior portion of the retina. As the fovea is responsible for high-acuity vision it is densely saturated with cone photoreceptors.[5] The macula is about 5.5 mm in diameter, while the fovea is 0.35 mm in diameter. Furthermore, the fovea has about 50 cone cells per 100 micrometers squared and has an elliptical shape horizontally. Given this high cellular concentration, it is expectedly the location of the highest visual acuity, or resolution, in the eye. A unique feature of the central fovea is the displacement of other retinal layers concentrically, which allows for the highly efficient packing of cones. This is well visualized on standard optical coherence tomography (OCT) that can characterize foveal thickness. Normally, this measure is in the range of 200 microns.[6] Resolution or sharpness in vision is the shortest distance between 2 points in which the 2 points can still be distinguished as 2 separate dots. The main reason a person moves their head and eyes to focus on something is that they are placing the image on the fovea centralis. In fact, while reading this sentence the eye is moving such that the words on centered on the fovea.

Rods are completely absent from the fovea centralis and are more abundant on the periphery of the retina. Rod vision is more sensitive than cone vision, and for this reason, one can see a faint object better if they look slightly to one side rather than looking directly at it. One real-world example of this strategy is demonstrated by how pilots see other aircraft while flying at night. Pilots are taught to routinely survey their surroundings and be aware of other aircraft in the sky. At night, they are taught to look slightly to the side of the area they are examining to detect the lights of other faraway aircrafts better.[7][8][9]

In general, eye formation in the human embryo begins at approximately 3 weeks into embryonic development and continues through the tenth week. Cells from both the ectodermal and the mesodermal tissues contribute to its development. Specifically, the eye is derived from the neuroepithelium, the surface ectoderm, and the extracellular mesenchyme which is made up of both the neural crest and mesoderm. Neuroepithelium forms the retina and therefore plays a role in the formation of the fovea.

Although the fovea is located within the retina, it is not supplied by the central retinal artery or any of its branches. It is instead supplied with blood by the choroid, a vascular layer of the eye that contains connective tissue and lies between the retina and the sclera. The choroid also supplies oxygen to the outermost layers of the retina.

The central 500 micrometers of the fovea contain no retinal capillaries and therefore, must be supplied by the capillaries of the choroid.

The eye is a complex structure with many small organs that are essential for vision and movement of the eye. An injury to any part of the eye can result in discomfort, reduced vision, and in some cases, blindness. The eye is a source of injury, infection, and multiple medical diseases. It is important for all health practitioners to be able to identify and describe the anatomical features of the eye. Multiple diseases can directly or indirectly affect the fovea, thus reducing or erasing perfect vision.

A well-known disease that involves the fovea is age-related macular degeneration (AMD). AMD is a degenerative disorder of the retina that affects the macula lutea. Individuals with AMD retain their peripheral vision but lose their central vision, which manifests as scotomas and metamorphopsias. Despite the loss of photoreceptors within the fovea, the retina has an innate ability to use the remaining photoreceptors in the most effective manner possible. The retina creates a pseudo fovea, which is a fixation point that stabilizes vision. AMD is the most common cause of blindness for people older than the age of 75 affects over 13 million Americans. The majority of cases are “dry” or nonexudative, which presents as a gradual loss of central vision. A classic finding on the exam with dry AMD is drusen, which is a yellow extracellular material that deposits between Bruch’s membrane and the retinal pigment epithelium. There is no proven effective treatment or prevention of dry AMD. On the other hand, exudative, or “wet”, AMD does have effective treatments to slow or halt the progression of the disease. Wet AMD is characterized by choroidal neovascularization that can lead to rapid loss of vision due to bleeding. Standard treatment of wet AMD involves serial anti-vascular endothelial growth factor (anti-VEGF) injections to stop choroidal neovascularization and promote macular healing. Risk factors for AMD have been identified and include age, ethnicity, smoking, alcohol use, diet, family history, and certain chronic medical conditions such as cardiovascular disease or myeloproliferative disorders.[10]

Most of the time macular degeneration, which results in the death of photoreceptors cells in the fovea, occurs in older individuals. However, it is possible for younger individuals to suffer from macular degeneration is possible. Stargardt disease is the most common form of juvenile macular degeneration. Stargardt disease is almost always inherited in an autosomal recessive manner. The most common cause of Stargardt disease is a mutation in the ABCA4 gene that is responsible for creating proteins that clear away vitamin A byproducts inside photoreceptors; as these byproducts accumulate, central vision decreases. The progressive vision loss from this disease also results from the death of photoreceptor cells in the macula. Stargardt disease usually destroys central vision but preserves peripheral vision. The vision loss is not correctable with prescription eyeglasses, contact lenses, or refractive surgery. Future treatment may involve human embryonic stem cell transplantation, which has been shown to be a safe treatment option, but nevertheless remains a controversial alternative.[11] 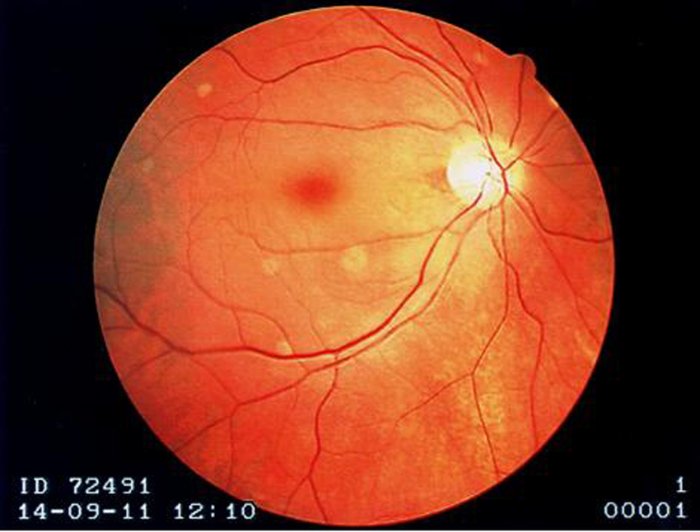 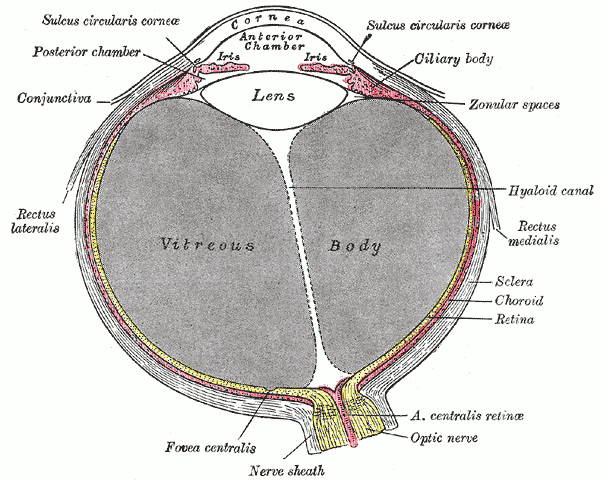