A herniated disc is a condition affecting the spine in which the annulus fibrosus is damaged enabling the nucleus pulposus (which is normally located within the center of the disc) to herniate. This can compress the nerves or spinal cord causing pain and spinal cord dysfunction. This activity illustrates the evaluation and management of disc herniation and explains the role of the interprofessional team in improving care for patients with this condition.

A herniated disc in the spine is a condition during which a nucleus pulposus is displaced from intervertebral space. It is a common cause of back pain. The patients who experience pain related to a herniated disc often remember an inciting event that caused their pain. Unlike mechanical back pain, herniated disc pain is often burning or stinging, and may radiate into the lower extremity. Furthermore, in more severe cases, there can be associated with weakness or sensation changes. In the spine, a disc or a nucleus pulposus is localized between vertebral bodies. It supports the spine by acting as a shock-absorbing cushion. In some instances, a herniated disc injury can compress the nerve or the spinal cord that causes pain consistent with nerve compression or spinal cord dysfunction, also known as myelopathy. Herniated discs can be very painful. Unfortunately, there are limited effective conservative treatment modalities with significant effectiveness. Within a few weeks, most cases of painful disc herniation heal. In many instances, the herniation of the disc does not cause that patient any pain. Herniated discs are often seen on MRIs of asymptomatic patients. Imaging is not indicated in a patient with signs and symptoms of a stable herniated disc until six weeks of persistent symptoms. MRI is the imaging modality of choice. Most cases of herniated disc heal conservatively, but refractory cases may require interventional procedures or surgical repair. Epidural corticosteroid injections are effective pain relievers for disc herniation in the short term, while discectomy is more effective than conservative management until one year following surgery [1][2][3]. Providers need to remain aware of treating the patient with a herniated disc and monitor for severe or rapidly progressing neurological changes; this would be an indication for urgent neurosurgical referral.

The pathophysiology of herniated discs is believed to be a combination of the mechanical compression of the nerve by the bulging nucleus pulposus and the local increase in inflammatory chemokines.

A herniation is more likely to occur posterolaterally, where the annulus fibrosus is thinner and lacks structural support from the anterior or posterior longitudinal ligaments. Due to its proximity, a posterolateral herniation is more likely to compress the nerve root. On the other hand, spinal cord compression and clinical myelopathy can occur if there is a herniation of a large midline disc. The localized back pain is a combination of the herniated disc pressure on the longitudinal ligament, and chemical irritation due to local inflammation.

The incidence of a herniated disc is about 5 to 20 cases per 1000 adults annually and is most common in people in their third to the fifth decade of life, with a male to female ratio of 2:1 [6]. The estimated prevalence of symptomatic herniated disc of the lumbar spine is about 1-3 percent of patients.  The prevalence is most significant among 30-50-year-olds. The patients between 25-55 years old have an approximately 95 percent chance of herniated discs occurring either at L4-L5 or L5-S1 [7]. Disc disease is the underlying etiology in less than five percent of patients with back pain [8].

There are characteristic findings to herniated discs all along the vertebrae. The patient will likely recall an inciting injury, often due to lifting or twisting. Furthermore, pain can be described as sharp or burning. There is often radiation of the pain in the distribution of the compressed nerve root. Numbness and tingling, as well as decreased sensation along the path of the nerve root, may also occur. In more severe cases, weakness or a feeling of instability while ambulating may be endorsed.

In the cervical spine, the C6-7 is the most common herniation disc that causes symptoms, mostly radiculopathy. History in these patients should include the chief complaint, the onset of symptoms, where the pain starts and radiates. History should include if there are any past treatments.[9]

On physical examination, particular attention should be given to weaknesses and sensory disturbances, and their myotome and dermatomal distribution. The examiner should also pay attention at this point to any sign of spinal cord dysfunction.

Table 1: Typical findings of solitary nerve lesion due to compression by a herniated disc in the cervical spine

In the lumbar spine, a herniated disc can present with symptoms including sensory and motor abnormalities limited to a specific myotome. History in these patients should include chief complaints, the onset of symptoms, where the pain starts and radiates. History should include if there are any past treatments.

A careful neurological examination can help in localizing the level of the compression. The sensory loss, weakness, pain location, and reflex loss associated with the different levels are described in Table 2.

Table 2. Typical findings of solitary nerve lesion due to compression by a herniated disc in the lumbar spine

The straight leg raise test: With the patient lying supine, the examiner slowly elevates the patient's leg at an increasing angle, while keeping the leg straight at the knee joint. The test is positive if it reproduces the patient's typical pain and paresthesia.[10]

Over 85% of patients with symptoms associated with an acute herniated disc will resolve within 8 to 12 weeks without any specific treatments. However, patients who have an abnormal neurological examination or are refractory to conservative treatments will need further evaluation and treatments[11][12][13].

X-rays: These are very accessible at most clinics and outpatient offices. This imaging technique can be used to assess for any structural instability. If x-rays show an acute fracture, it needs to be further investigated using a computed tomogram (CT) scan or magnetic resonance imaging (MRI).

CT Scan: It is the preferred study to visualize bony structures in the spine. It can also show calcified herniated discs. It is less accessible in office settings compared to x-rays. But it is more convenient than MRI. In the patients that have non-MRI comparable implanted devices, CT myelography can be performed to visualize herniated disc.

MRI: It is the preferred and most sensitive study to visualize herniated disc. MRI findings will help surgeons and other providers plan procedural care if it is indicated.

Acute cervical and lumbar radiculopathies due to a herniated disc are primarily managed with non-surgical treatments. NSAIDs and physical therapy are first-line treatment modalities. Physical therapy is not recommended on the initial onset of symptoms. Most cases of disc herniation resolve within a few weeks after the onset of symptoms; thus, it is not recommended to start physical therapy until symptoms have lasted for at least three weeks.  These are excellent modalities for managing disabling pain. Patients who fail conservative treatment or patients with neurological deficits need timely surgical consultation. [14][15][16][17] There is limited evidence in the use of muscle relaxers such as cyclobenzaprine or oral corticosteroids [18]. For cases of severe pain unresponsive to over-the-counter pain medication, opioid analgesics are warranted. However, the side effect profile, risk, and benefits of the medicine should be discussed with the patient, and opioids should be prescribed for the shortest duration possible. Translaminar epidural injections and selective nerve root blocks are the second-line modalities for patients unresponsive to conservative management and who have had symptoms for at least four to six weeks. There is limited evidence of the efficacy of epidural injections beyond three months, but repeat injections are often considered as well [19][20].

As always, surgical treatment is the last resort. Surgical procedures for a herniated disc include laminectomies with discectomies depending on the cervical or lumbar area. Also, a patient with a herniated disc in the cervical spine can be managed via an anterior approach that requires anterior cervical decompression and fusion. An artificial disk replacement option can be considered. Other alternative surgical procedures to the lumbar spine include a lateral or anterior approach that requires complete discectomy and fusion. The benefits of surgical intervention are moderate and tend to decrease over time following surgery [21].

The differential diagnoses for a herniated disc include:

Studies vary on outcomes of herniated disc prognosis. But the majority of cases respond to conservative management. One study did show that 30% of patients complain of back pain at one year [22]. It should also be mentioned that many cases of disc herniation are asymptomatic and found inadvertently on advanced imaging. Of symptomatic cases, 90% of them resolve at six weeks following injury. Surgery may lead to more rapid recovery of the symptomatic herniated disc, but results are also similar to conservative management at one year post-operatively [23][24][23].

Complications of a herniated disc include the development of chronic back pain. Furthermore, untreated cases of disc herniation, albeit rare, can lead to lasting nerve damage in severe nerve root compression. Most examples of discectomy are successful in the surgical repair of a herniated disc, but some cases do require repeat intervention. Economically symptomatic herniated discs can lead to significant loss of work and disability. A severe complication of surgery or interventional procedures is rare, but cases of paralysis and death have been recorded in the literature.

Thoracic spine herniated disc usually presents with radiculopathy symptoms or myelopathic symptoms depending on the compression of the nerve roots or spinal cord, respectively.

Patients may complain of burning pain, numbness and tingling, sensation changes, or weakness.

The vast majority of cases resolved with conservative management.

In the cervical (neck) and lumbar (low back) spine, patients initially are managed conservatively with over-the-counter pain medications, home exercises, heat, ice, and activity as tolerated.

Since many cases improve within two to three weeks following injury, physical therapy is not recommended until three weeks after the onset of symptoms.

Similarly, given that most cases resolve within six weeks of symptoms. An MRI is not recommended until at least six weeks of persistent symptoms, symptoms of severe radiculopathy, or rapidly worsening neurological changes associated with a suspected disc herniation.

A patient who has progressive myelopathic symptoms or does not respond to conservative treatment can be managed with an epidural steroid injection or radiofrequency ablative techniques.

The surgical approach for the thoracic spine includes the transthoracic or costotransversectomy approach for discectomies and fusion.

Disc herniation is a common problem encountered by the primary care provider, nurse practitioner, emergency department physician, and internist. The management of disc herniation is not satisfactory, and thus an interprofessional team needs to be involved. The initial treatment should be conservative unless a patient has a severe neurological compromise. The patient's pain is often managed with acetaminophen and non-steroidal anti-inflammatories. However, some cases due require opioid analgesics. A pharmacist should monitor the duration and dosage of opioid analgesics. Surgery is usually the last resort, as it does not always result in predictable results. Patients are often left with residual pain and neurological deficits, which are often worse after surgery. Physical therapy is vital for most patients. For refractory cases, MRI interpretation is needed by a radiologist.

Furthermore, cases unresponsive to conservative management may require either the expertise of a Pain Medicine specialist in stable cases or a neurosurgeon in unstable instances. Back pain can be a significant cause of morbidity and is often associated with mental health disorders. Chronic back pain is associated with depression and should be managed accordingly by the primary care or mental health provider. The outcomes depend on many factors, but those who participate in regular exercise and maintain a healthy body weight have better results than people who are sedentary[25][1][26][6]. 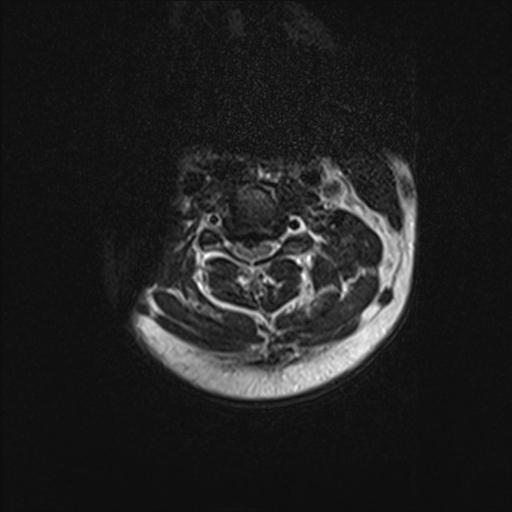 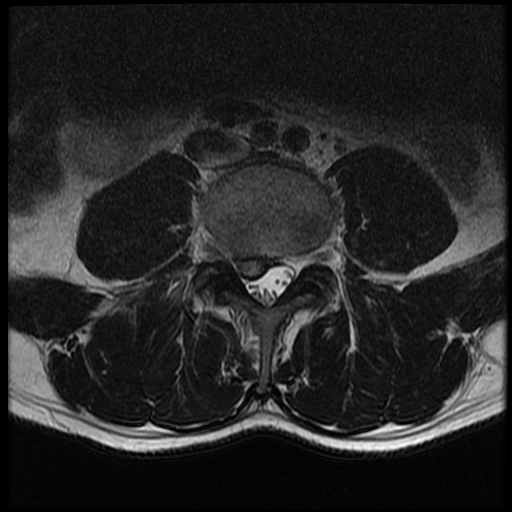 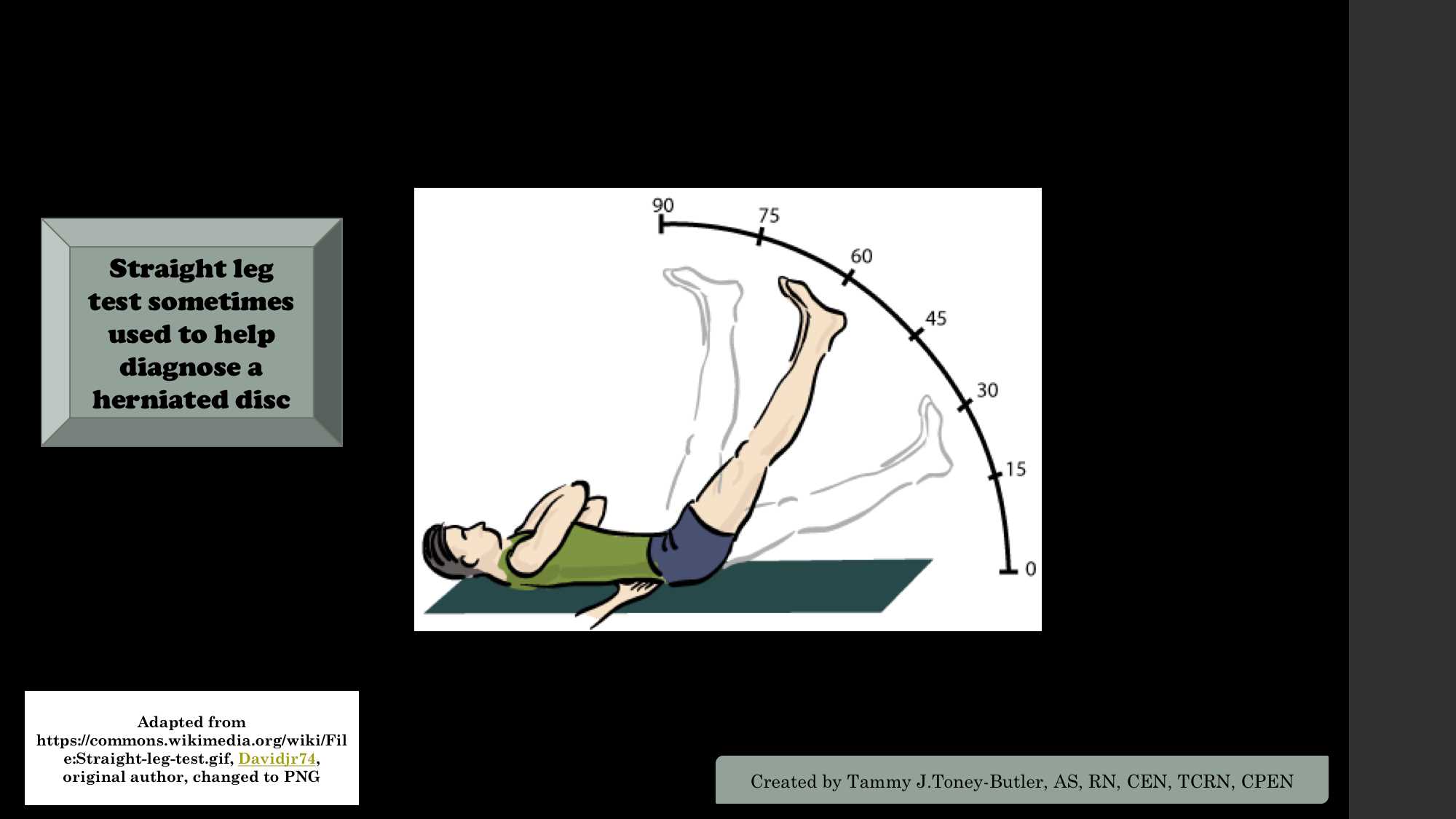