This article aims to:

CPP is based on diastolic pressures because the left ventricular myocardium gets perfused during diastole rather than systole. The right and left coronary arteries both originate from the coronary sinuses at the aortic root prior to division into the right coronary and left circumflex and anterior descending arteries [4]; therefore, the pressure which drives coronary flow derives from the aortic root. These arteries extend along the epicardial surface before branching through the myocardium to form subendocardial plexuses to perfuse the myocardium. Because these vessels traverse the myocardium, myocardial contraction during systole compresses arterial branches and prevents perfusion. Therefore, coronary perfusion occurs during diastole rather than systole. LVEDP is subtracted from aortic diastolic pressure because coronary blood flow occurs from epicardial to endocardial regions.

It is important to note that CPP is not the only determinant of coronary blood flow. While CPP provides the pressure which drives coronary perfusion, coronary autoregulation describes the process which allows coronary blood flow to match myocardial demand over a range of CPP between 60 to 180mmHg.[6] Coronary vasoconstriction and vasodilation are responsible for autoregulation; when CPP is reduced vasoconstriction will improve flow, the opposite is true when CPP becomes elevated.[1] These combined processes can be explained by Ohm’s Law[6][1]:

Flow = Difference in pressure across a vessel/resistance

Therefore, CPP represents the pressure gradient across the coronary vasculature, while resistance is mediated by autoregulation to deliver the required flow rates.[7] Multiple factors are responsible for the coronary vasoconstriction and vasodilation that occurs in autoregulation. These can categorize into neurohormonal, endocrine, metabolic, and endothelial-derived (Table 1). The combination of CPP and coronary autoregulation are crucial in ensuring adequate myocardial oxygen delivery because cardiac oxygen extraction is the highest of any organ at approximately 70 to 80% under resting conditions.[2] Clinically, systemic hypoxia and decreased coronary perfusion can cause myocardial ischemia; increasing coronary blood flow by increasing CPP and inducing coronary vasodilation are the predominant means by which myocardial oxygen delivery can increase in such circumstances. Finally, it bears mentioning that because left ventricular perfusion occurs in diastole, tachycardia decreases the relative proportion of time spent in diastole and therefore reduces myocardial perfusion.[8] Alterations in CPP and autoregulation in cardiovascular disease will be discussed before type 2 myocardial infarction, infarction resulting from decreased CPP.[7][2][8]

Table 1. Coronary autoregulation is under the control of neurohormonal, endocrine, metabolic, and endothelial-derived systems, which induce either coronary vasoconstriction or vasodilation.

Type 1 and 2 myocardial infarctions are associated with similar mortality rates [14]. However, while protocolized management of type 1 myocardial infarction has improved outcomes in recent decades, difficulties exist regarding the management of type 2 myocardial due to lack of accepted definitions and treatment. Acute management involves the restoration of blood pressure and thus re-establishment of CPP. This article will discuss the therapeutic modification of CPP by pharmacological and mechanical therapies will be discussed below.[14]

Two examples of therapies that modify CPP are glyceryl trinitrate and the intra-aortic balloon pump (IABP).

The IABP is the most commonly used form of mechanical support in the acutely failing heart.[17] It is placed percutaneously and sits in the descending aorta distal to the aortic arch. Inflation occurs during diastole, which increases aortic diastolic blood pressure to increase CPP and augment myocardial oxygen delivery. LVEDP and cardiac afterload are reduced, which decreases myocardial oxygen demand. IABPs, therefore, simultaneously increase myocardial oxygen supply and decreased oxygen demand.[17]

Blood pressure is a common measurement in both hospital and community healthcare settings. Adequate blood pressure is required to drive blood flow to organs. Coronary perfusion pressure (CPP) is the term used to measure the flow through coronary arteries.[1] This section will introduce CPP and its effect on myocardial infarction, cardiopulmonary resuscitation (CPR), and hypotension.[1]

Myocardial infarction due to inadequate blood supply to the heart is a common cause of mortality in the United States, with 790000 cases per year. Therapeutic advances and improvements in care have led to improvements in long-term survival post-myocardial infarction.[18] The involvement in interprofessional team members, including nursing staff and physical therapists, is crucial in ensuring optimal patient outcomes post-myocardial infarction. Invasive or frequent non-invasive blood pressure monitoring is undertaken in these patients to ensure blood pressure is optimally managed as both hypotension or hypertension can be harmful in cardiac patients and should be escalated to the treating physician as either can be detrimental to patient outcomes. Hypotension reduces CPP and can worsen myocardial ischemia, while hypertension will increase myocardial oxygen demand because cardiac contraction will have a greater force against which to pump.[18]

Cardiac arrest describes a state where cardiac output ceases due to an array of potential underlying causes. CPR is necessary for patients who have had cardiac arrest to temporarily replace the oxygenation function of the lungs and the pumping function of the heart while rendering treatment to return the patient’s spontaneous circulation. It is important to maintain CPP during CPR because, due to the absence of cardiac output, these patients are unable to maintain coronary or cerebral perfusion. Studies in humans have shown that greater CPP is associated with higher rates of patient survival.[20][21] Chest compressions are a key component of effective CPR. Their use temporarily replaces the pumping function of the heart to generate CPP. Adrenaline is used in CPR protocols; its action is to increase diastolic blood pressure to increase CPP.[21] These factors illustrate the importance of protocolized, high-quality CPR delivery by the interprofessional team.[20][21] [Level 3]

Hypotension is a common clinical finding in hospital inpatients and arises from a wide array of causes. Hypotension and circulatory shock, when blood pressure is unable to ensure organ perfusion, most commonly result from hypovolemia (low circulating blood volume) and sepsis (abnormal immune response to infection). When hypotension occurs to the extent that CPP is not maintained, a myocardial infarction occurs. This type of myocardial infarction results from low blood pressure rather than the presence of a thrombus in the coronary arteries. Patients who suffer this type of myocardial infarction have a similar mortality rate compared to patients with myocardial infarction resulting from a coronary artery thrombus.[22] Protocols exist for the management of major hemorrhage while the Surviving Sepsis Campaign has produced a range of recommendations to improve recognition and management of sepsis to prevent complications, including type 2 myocardial infarction [23]. Aggressive resuscitation with intravenous fluids in sepsis and blood products in major hemorrhage is the recommended strategy to maintain target blood pressures and prevent consequences of hypotension, including myocardial infarction. Early detection through observation of vital signs and escalation is crucial in ensuring optimal patient outcomes.[22][23]

Frequent observation of vital signs is crucial to identify changes in the patient's condition, which may require changes in clinical management. The above examples highlight the importance of this monitoring and the physiology which underlies these conditions. 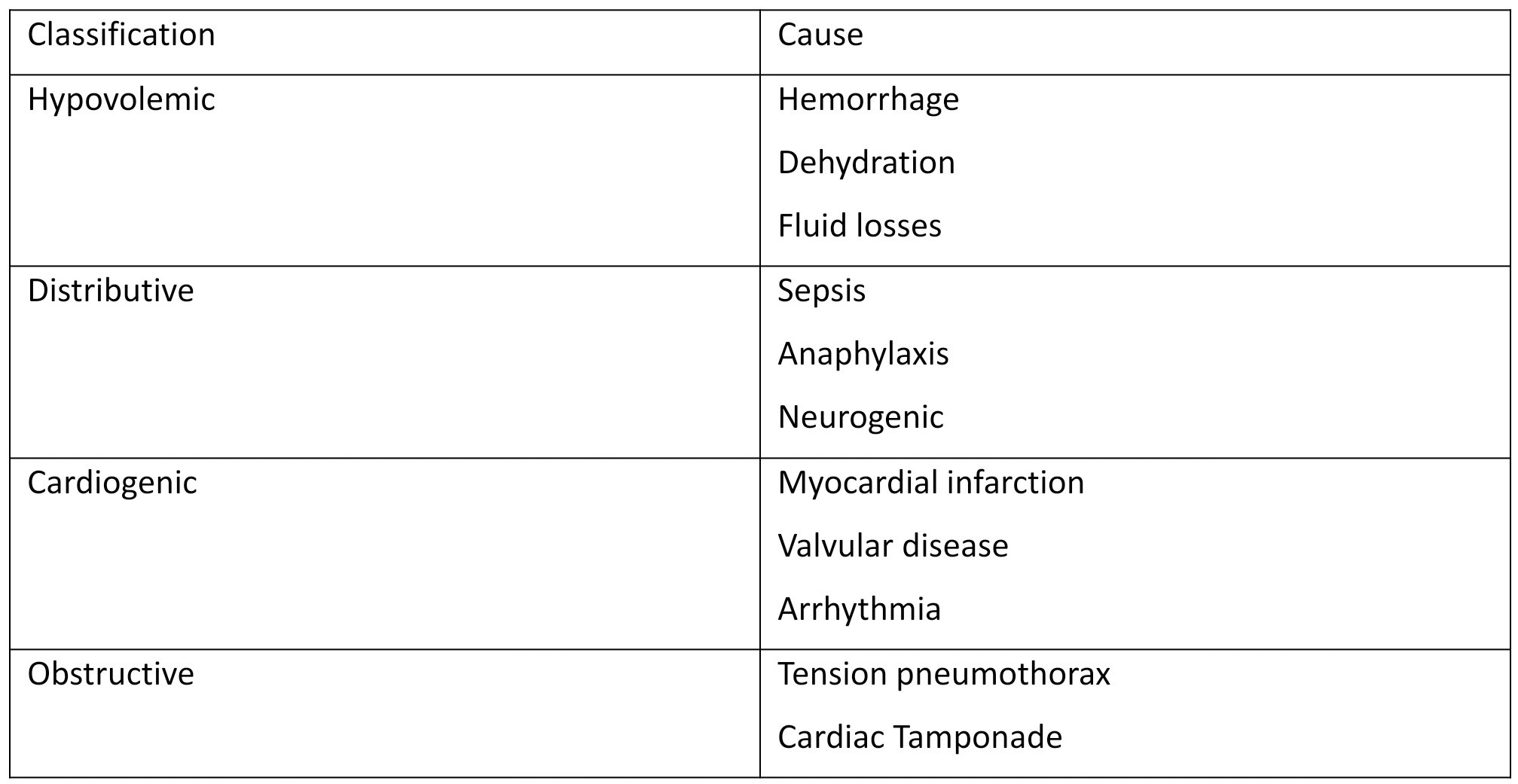