Chlamydia trachomatis is responsible for the greatest number of sexually transmitted infections and the majority of infection-related of blindness worldwide. In the United States, it is the most commonly reported bacterial infection. This activity reviews the evaluation and management of Chlamydia trachomatis infections and highlights the role of the interprofessional team in the care of affected patients.

In females, the cervix is the anatomic site that is most commonly infected. This can manifest as cervicitis, urethritis, pelvic inflammatory disease, perihepatitis, or proctitis. Chlamydial infections in women, especially if untreated, increase the risk of infertility and ectopic pregnancy, leading to high medical costs.[1] There are also risks if a woman has an infection during pregnancy. Additionally, infants born vaginally to mothers infected with genital Chlamydia trachomatis may develop conjunctivitis and/or pneumonia.

Chlamydia trachomatis is part of the chlamydophila genus. These bacteria are gram-negative, anaerobic, intracellular obligates that replicate within eukaryotic cells. C. trachomatis differentiates into 18 serovars (serologically variant strains) based on monoclonal antibody-based typing assays. These serovars correlate with multiple medical conditions as follows[3]:

Chlamydia is unique among bacteria, having an infectious cycle and two developmental forms. These include the infectious form called the elementary body (EB) and the reticulate body (RB). The EB is metabolically inactive and is taken up by host cells. Within the host cell, the EB will differentiate into the metabolically active RB. The RB will then use host energy sources and amino acids to replicate and form new EB, which can then infect additional cells. C. trachomatis targets the squamocolumnar epithelial cells of the endocervix and upper genital tract in women, and the conjunctiva, urethra, and rectum in both men and women.

Typical intracytoplasmic inclusions and free chlamydiae are identifiable in Giemsa-stained cell scrapings from the eye. Stained conjunctival scrapings are positive in 90% of infants with neonatal conjunctivitis, and 50% of adults with inclusion conjunctivitis. Cytology techniques can be used to evaluate endocervical scrapings, but the sensitivity and specificity are low.[4]

More frequently, patients remain asymptomatic reservoirs of the disease. In the minority of patients who become symptomatic, clinical signs depend on the location of the infection. Below are the common signs and symptoms associated with C. trachomatis urogenital infections.

Among C. trachomatis infections, the only trachoma is diagnosable on clinical grounds. Other chlamydial infections are associated with specific clinical syndromes but require laboratory confirmation. The gold standard for the diagnosis of urogenital chlamydia infections is nucleic acid amplification testing (NAAT). This test is run on either the vaginal swabs for women or first-catch urine for men. Testing can also be performed on endocervical or urethral swabs. Swabs should have a wire or plastic shaft; the tip should be dacron or rayon or a cytobrush. Other materials may inhibit Chlamydia trachomatis. Alternative methods of testing include culture, rapid testing, serology, antigen detection, and genetic probes. If there is no testing available, treatment is recommended based on clinical presentation.

When a patient presents with suspected chlamydia infection, a workup for other STDs should be carried out. A complete blood count is essential if PID is suspected. One may consider testing for HIV, gonorrhea, and syphilis. The sexual partner must be tested for chlamydia. A pregnancy test should be done as it is a contraindication to doxycycline therapy.

The United States Preventive Services Task Force (USPSTF) recommends regular screening for chlamydia in all sexually active women because if left untreated, the infection is associated with PID, infertility, and chronic pelvic pain. In males, the leucocyte esterase test in urine can be done and is diagnostic for gonorrhea or chlamydia in the absence of a UTI.

The goal of treatment is the prevention of complications associated with infection (e.g., PID, infertility), to decrease the risk of transmission, and the resolution of symptoms. Treatment for uncomplicated urogenital chlamydia infection is with azithromycin. Doxycycline is an alternative, but azithromycin is preferred as it is a single-dose therapy. Other alternatives include erythromycin, levofloxacin, and ofloxacin.

Chlamydial infection and gonococcal infections often coexist. In men, the co-treatment for urogenital gonococcal infection should occur on the basis of the detection of the organism on NAAT or gram stain. In women, the gram stain is less helpful due to the possibility of normal Neisseria species colonization within the vaginal flora. Therefore, co-treatment should be dependent on an assessment of individual patient risk and local prevalence rates.

Patients should have partners identified and tested. They should also be counseled on high-risk behaviors, avoid sexual activity for one week after initiating therapy, and should consider testing for HIV.

If symptoms persist after treatment, consider coinfection with a secondary bacterium or reinfection.

Because Chlamydia trachomatis can lead to a broad spectrum of clinical diseases or manifestations, the differential diagnosis of various presenting complaints is also broad. One should consider other etiologies that may affect each body area or organ systems and may manifest similarly.

The World Health Organization (WHO) recommendations for treatment of uncomplicated genital chlamydia infections are the following:

In anorectal chlamydial infections, the WHO recommendation is oral doxycycline 100 mg twice daily for 7 days over oral azithromycin 1 g as a single dose.

WHO recommends the following for the treatment of chlamydial infection in pregnancy:

The WHO recommends the following for the treatment of lymphogranuloma venereum (LGV):

In neonates being treated for chlamydial infection, both azithromycin and erythromycin are associated with a risk of infantile hypertrophic pyloric stenosis. This is particularly a concern for infants two weeks old or younger. Parents and physicians should observe infants closely for any signs of intestinal obstruction.

Antibiotic treatment has a 95% effectiveness rate for first-time therapy. The prognosis is excellent with prompt initiation of treatment early and with the completion of the entire course of antibiotics. Although treatment failures with primary therapies are quite rare, relapse may occur. Reinfection is common and is usually related to the nontreatment of infected sexual partners or acquisition from a new partner. Death is rare but can be caused by progression to salpingitis and tubo-ovarian abscess with rupture and peritonitis. The most significant morbidity occurs with repetitive infection with chlamydiae, which leads to scarring of the fallopian tubes and subsequent sterility.

Pelvic inflammatory disease confers a risk of ectopic pregnancy in women of childbearing age. Inflammation and scarring of the upper genital tract may also affect fertility or lead to chronic pelvic pain. Chlamydial infection in pregnancy can also increase the risk of prelabour rupture of membranes (PROM), premature prelabour rupture of membranes (PPROM), and preterm delivery.[13]

Asymptomatic infection with Chlamydia trachomatis is very common, whereas the consequences of undiagnosed or untreated infection can be far-reaching. It is for these reasons that screening is recommended. All pregnant women are recommended to be screened for C. trachomatis. All sexually active females younger than 25 should be screened annually. Women older than 25 should be screened if they have risk factors for sexually transmitted infections. Risk factors include sexual partners with multiple concurrent partners, new or multiple sexual partners, inconsistent use of condoms if the relationship is not monogamous, exchanging sex for money or drugs, or previous/coexisting STI. Men who have sex with men should also be screened for chlamydial infection. In individuals with HIV, screening should be done at the initial presentation and annually. For individuals entering a correctional facility, it is recommended to screen for chlamydia in women 35 years old or younger and men thirty years old or younger.

In the United States, C. trachomatis is considered a notifiable infection. Local and state laws regarding disease reporting apply. Sexual partners should be notified, examined, and treated if an STI is found in the index patient. Expedited partner therapy may also be available in certain settings. Expedited partner therapy allows providers to prescribe antibiotics to sexual contacts without establishing a physician-patient relationship.

Patients should be educated regarding the potentially serious consequences of chlamydia infections and the importance of screening. Patients also should be educated that screening can often be performed non-invasively with urine samples. Educated patients may then be agreeable to screening when they would otherwise hesitate out of fear of an uncomfortable exam.

In the United States and other developed countries, the prevention of sexually transmitted genital infections and complications mainly focuses on screening and treating nonpregnant sexually active women aged 25 years or younger on an annual basis. Screening for pregnant women is recommended, and screening and treatment of women over 25 years of age are recommendations if there are identifiable risk factors, such as new or multiple sexual partners. Screening of young men in high-risk settings (sexually transmitted infection and adolescent clinics, correctional facilities) should be a consideration if resources allow. Urine or endocervical NAAT are the recommended screening tests. The partner should be screened and treated at the same time.

Healthcare workers and nurse practitioners should educate patients on the importance of using a condom during sex, practicing safe sex or abstaining from sexual activity to prevent chlamydia.

Pharmacists should verify dosing and agent selection for antimicrobial therapy, check for drug interactions, and report any concerns to the prescriber.

The prognosis is excellent with prompt initiation of treatment early, and with the completion of the entire course of antibiotics, antibiotic treatment is 95% effective for first-time therapy.

No vaccine is currently available for either trachoma or chlamydial genital infections.

The healthcare team, including clinicians, nurses, and pharmacists, must work together to educate the patient on methods to avoid exposure and the importance of completing treatment. This approach will result in decreased incidence and improve outcomes. [Level 5] 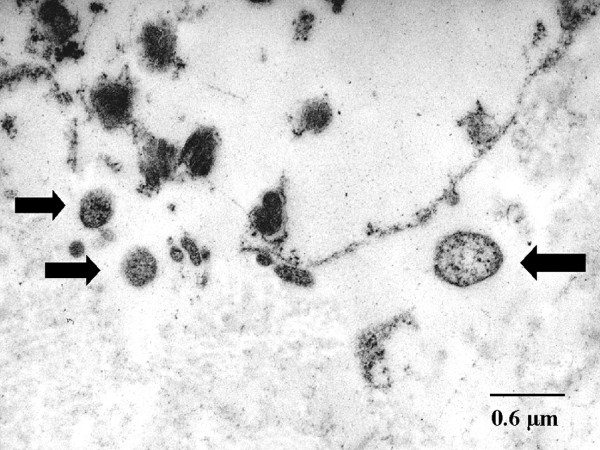 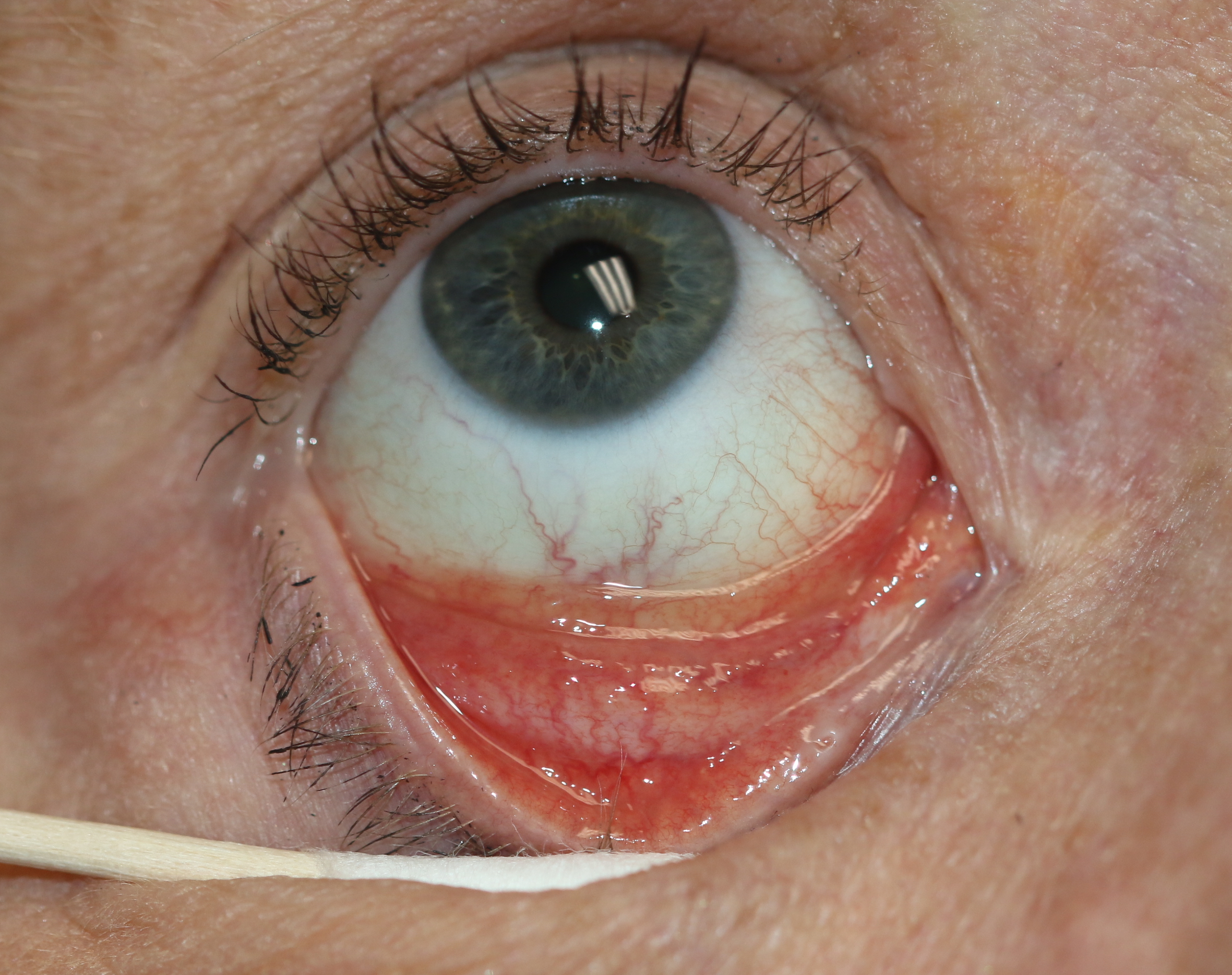