The Ross procedure, also known as the switch procedure, is a cardiac surgery procedure in which the diseased aortic valve is replaced with the patient's own pulmonary valve, followed by replacement of the pulmonary valve with a pulmonary homograft. In some children and infants, sometimes and aortic valve replacement is necessary for a variety of reasons. However, inserting a prosthetic valve is not a good option; firstly there are no small-sized aortic valves available and secondly, since the child will grow in size, the prosthetic valve will remain the same size and lead to symptoms of left ventricular outflow tract obstruction. In addition, there are some people who do not want to take oral anticoagulant medications for life and hence a Ross procedure would be ideal for them. Unlike a prosthetic valve, the ross procedure has excellent hemodynamics and the risk of embolic complications is almost zero. Finally, as the child grows, so does the valve. Unfortunately, it is now realized that the Ross procedure also has limitations; the pulmonary homograft will develop regurgitation or stenosis after 15-20 years, necessitating another procedure.

The Ross procedure was first developed in the late 1960s and has been performed many times since then. It remains to be the only operation that allows for an aortic valve replacement with a living valve substitute. [1] Over the years, the original procedure has been gradually modified to perfect the surgical outcome, but the main principles outlining the procedure remain. This chapter will discuss in detail the anatomy of the aortic valve, indications, contraindications, equipment, personnel, preparation, technique, complications, and clinical significance of the Ross procedure.

During the Ross procedure, it is critical to know the anatomy of the left main coronary artery and its take-off. In addition, the surgeon should know the course of the left coronary artery, its proximal septal branches and their relationship to the aortic root and the right ventricular outflow tract. In addition, when harvesting the pulmonary autograft the surgeon should have an appreciation of the subpulmonary conal musculature to facilitate the dissection. Finally, if the left ventricular outflow tract needs enlargement (Ross Konno procedure) the surgeon must be familiar with the location of the conduction system.

Indications for the Ross procedure include [2][3]:

Relative contraindication: (due to a higher risk of autograft dysfunction)

Prior to the procedure, an echo should assess the aortic valve, the left ventricular outflow tract obstruction, and any other cardiac abnormality. The pulmonary valve should also be assessed for stenosis or regurgitation. Echocardiography also allows for sizing the aortic and pulmonary annulus. If the aortic annulus is smaller than the pulmonary annulus by 2-3 mm, the surgeon may be required to perform an aortic root enlargement procedure.

The Ross procedure is performed via a median sternotomy under cardiopulmonary bypass.

The postoperative course is the same as for any other open-heart surgery patients. Patients are usually weaned off the ventilator the same night and extubated in the morning.

The primary goal in preparation for the Ross procedure along with any other surgical procedure is to achieve sterility. This means the chest needs to be shaved and sterilized, followed by placement of sterile drapes to allow access to the surgical field only once the opening of the chest during the procedure has occurred. The Ross procedure is conducted under general anesthesia, and therefore pre-anesthetic evaluation and intubation for maintaining airway and sedation are utilized. Depending on the center and the operator, pre-operative and perioperative transesophageal echo may be performed.

Following a median sternotomy, the Ross procedure begins with standard exposure of the heart and the aorta followed by establishing cardioplegia and initiation of cardiopulmonary bypass. The ascending aorta is opened transversely about a centimeter above the origin of the right coronary artery (RCA). The aorta is opened and the aortic valve is inspected. In some cases, the valve may be repaired. If repair is not possible, then the pulmonary artery is opened and the pulmonary valve is inspected to ensure that it has normal anatomy. If the decision is made to proceed with the Ross procedure, the aorta is separated from the aorta, the diseased aortic valve is excised and the coronary buttons are prepared. Next, the pulmonary valve is excised.

If no abnormalities are present, the main pulmonary artery (PA) is opened transversely proximal to the bifurcation. The pulmonary valve (PV) is then itself inspected for anomalies. Again if no abnormalities exist, then the valve replacement is performed using the full root approach. The full root approach is most commonly used about 90% of the time because it has the lowest risk of pulmonary autograft failure.[2]  In rare circumstances, depending on the anatomy, another approach may be a better choice, such as the sub-coronary, sub-coronary with retained noncoronary sinus, or cylinder approaches.

In this article, we describe the full root approach because it is the most commonly used method. The full root approach is begun by moving the root out of the surgical plane and pushed upwards. The posterior PA root is then cut to the muscle to visualize the right ventricular outflow tract (RVOT) through the incision. Next, the PA is separated from the aorta, and a clamp is then used to designate the most proximal area to the pulmonary valve. It is vital that the surgeon be aware of the left anterior descending coronary artery and the first septal while dissecting on the lateral side.

In the next step, an opening into the RVOT is created followed by dividing the anterior right ventricle and scoring the posterior muscle of the right ventricle partially. Following this, the pulmonary artery root is excised and separated. Next, removal of the aortic valve and root occurs after carefully cutting out the ostia with buttons from the native aorta.

Once the pulmonary valve is removed, it is sized and prepared for implantation into the aortic root.

A cryopreserved pulmonary homograft is then trimmed as needed and implanted into the pulmonary root. After weaning from cardiopulmonary bypass, a transesophageal echocardiogram is done to assess the function of the autograft and the homograft. [4]

Prior to discharge, an echocardiogram is repeated to ensure that both the aortic and pulmonary valves are functioning normally. Patients are then examined every 4-6 weeks with echos. It is important to cover patients with antibiotics prior to any procedure.

Potential complications with the Ross procedure include[5]:

Complications related to surgery occur in 3-5% of patients with early mortality of 1-3%. In experienced centers, the mortality rates are negligible. Long term survival of 80-90 % have been reported at ten years and 70-80% at 20 years.

Early autograft failure is rare but does occur within the first 6 months. In most cases, the cause is technical problems such as leaflet injury or distortion that is caused during the valve harvesting. The pulmonary homograft in most series lasts about 15-20 years and then develops regurgitation or stenosis due to calcific degeneration. However, today the percutaneous placement of a pulmonary valve is being performed instead of open-heart surgery.

There is no doubt that the Ross procedure is superior to the prosthetic valves. Unfortunately, recent data show that in some patients there is increasing enlargement of the new aortic root following the Ross procedure leading to aortic regurgitation, especially when there was a mismatch of the aortic and pulmonary roots at the time of the initial surgery.

Patients who undergo the Ross procedure do not require anticoagulation and have minimal restrictions on their lifestyle. They are also able to participate in exercise programs without limitations. However, the Ross procedure is demanding and life long monitoring of the patients is required. Reoperations have been infrequent and with the availability of percutaneous valve implantation techniques, the morbidity of REDO open heart surgery will be avoided.

Multiple studies have shown that there is a durable, long-term clinical success from this procedure with an extremely low mortality rate. Because this procedure uses biological valves, it obviates the need for oral anticoagulation which would have otherwise been necessary for this particular group of patients because they would have needed mechanical valves. [6] The Ross procedure also eliminates the need for aortic valve replacement for up to as much as 20 years. This is probably due to two factors. One being that the autographed pulmonary valve in the place of the aortic valve has the ability to grow as the patient grows and the second being that there are lower pressures in the right side of heart creating for less stress on the pulmonary valve replacement and subsequently this leads to a reduced failure rate. Overall, this procedure is an excellent option for children and youth to improve survival. It remains to be the only operation that allows for an aortic valve replacement with a living valve substitute.

The Ross procedure is major cardiovascular surgery, therefore it is imperative to utilize an interprofessional team working across disciplines to provide care for these patients.

The enthusiasm for this procedure has varied over the last several decades with studies demonstrating lower mortality, bleeding, thromboembolism, endocarditis compared to mechanical valve replacement but with the need for higher risk of reintervention of the auto and allograft valves because of structural deterioration. Further, operator experience and expertise are essential for achieving excellent clinical outcomes, and therefore this procedure should be performed at high volume centers of excellence. To achieve the best outcomes, a team of cardiac surgeons, cardiologists, cardiac nursing specialists, and specialty-trained cardiac pharmacists must work together to coordinate evaluation, surgical care, and long-term postoperative follow-up. The nurses must assist with monitoring the patient post-operatively and long-term to identify potential complications early. The nurses must also assist the medical team in educating the patient and the family in regards to expected outcomes and warning signs to watch for as well. The cardiac pharmacist should make sure there is no potential for drug-drug interactions and medications are appropriately dosed by the surgical team leader in the perioperative period. Communicating potential risks to the medical team, the clinical pharmacist can help prevent adverse outcomes. Only a collaborative interprofessional team approach will result in good long-term outcomes in patients undergoing the Ross procedure. [Level 5]

The American College of Cardiology/American Heart Association currently recommends Ross as a Class IIb while the Society for Thoracic Surgeons recommends this as a class III indication in patients needing aortic valve surgery. Because of the above recommendations, the utilization of the Ross procedure has been in decline. The emergence of transcatheter valve replacements for degenerating bioprosthetic valves which in the case of the Ross procedure are the auto and allografts are easily replaceable without the need for open-heart surgery. In the future, this may provide a new lease of life for the Ross procedure. [7][8][9][10] 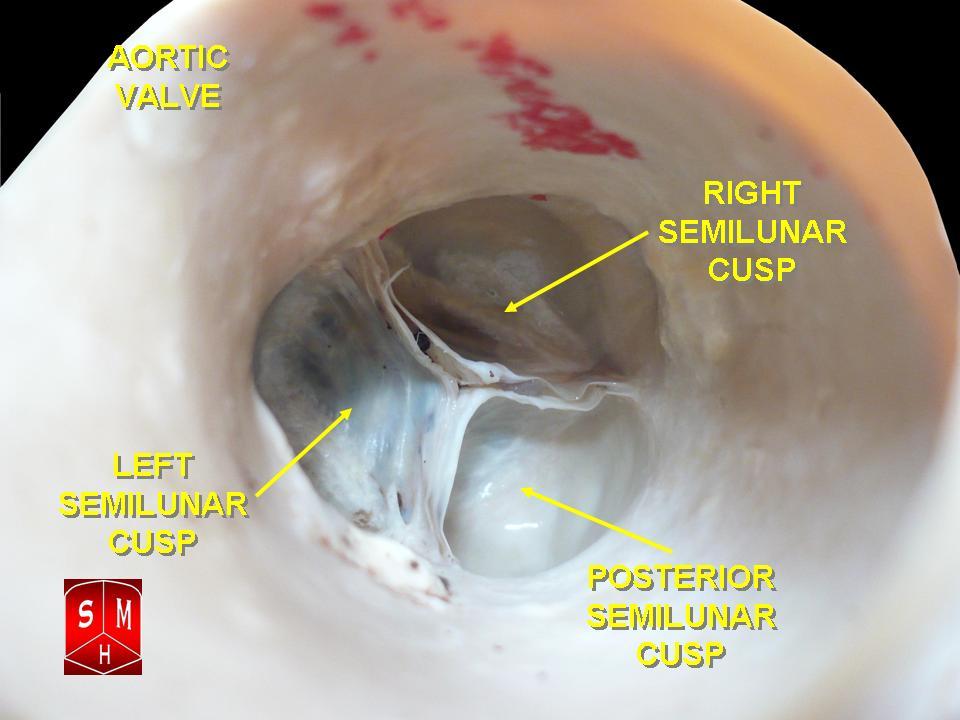 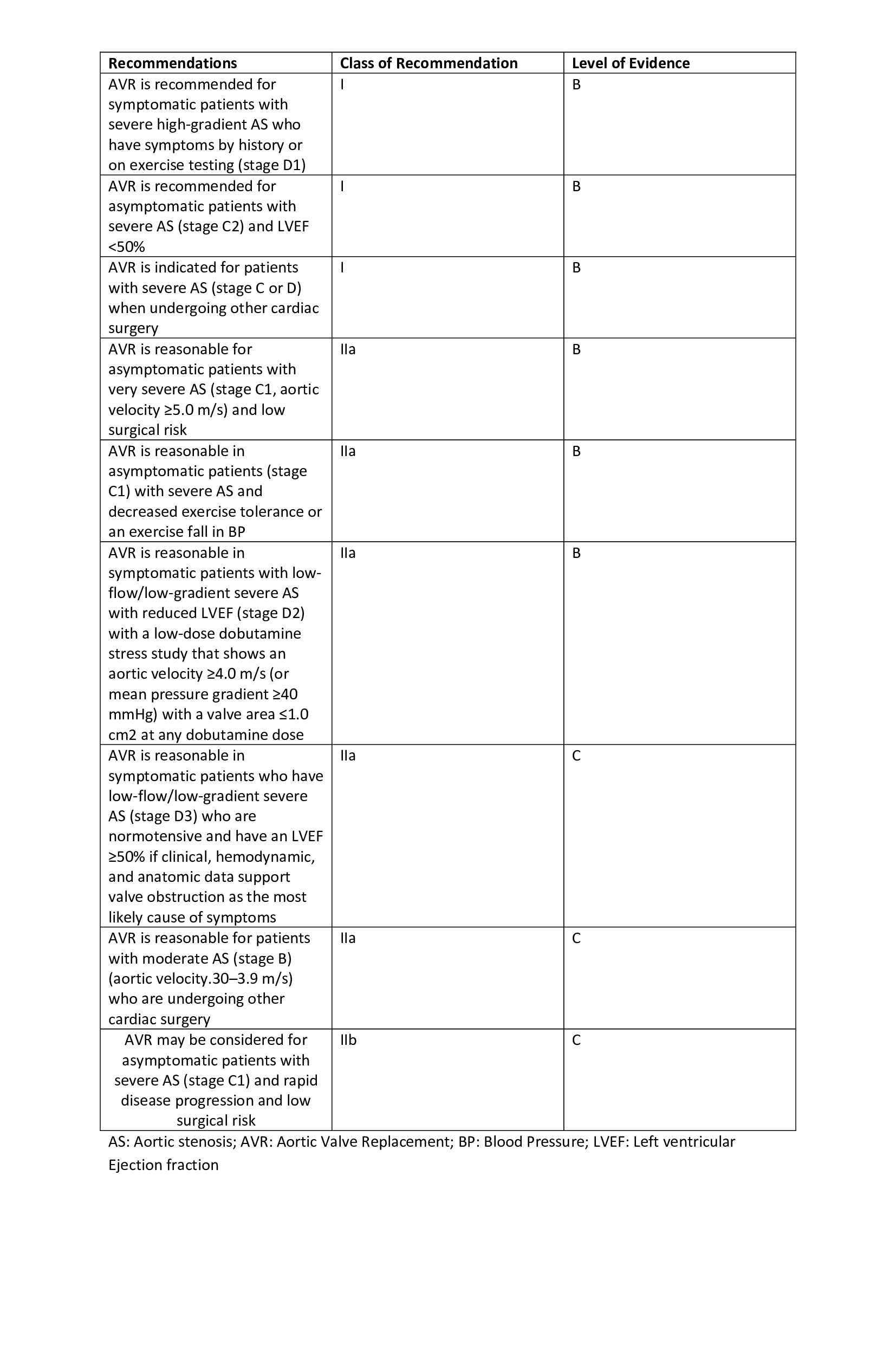