The neck refers to the collection of structures that connect the head to the torso. It is a complex structure composed of many bones, muscles, nerves, blood vessels, lymphatics, and other connective tissues. The cervical spine is the bony part of the neck. Its primary function is to provide support for the skull, while still allowing for movement. It is the most flexible part of the spine. This flexibility allows for large movements to scan our surroundings. The majority of sensory inputs occur at the head; thus, proper neck movement is vital to our survival. It also acts as a conduit for the brain to communicate with the rest of the body. Motor and sensory information, as well as nutrients, from the body to the head and vice versa, must all pass through the neck. The neck is also subject to stress and susceptible to injuries. Given its importance, injuries can sometimes have significant consequences for our functionalities and even fatal at times.

The neck, or cervical spine, is composed of 7 vertebrae. Cervical vertebrae C1 and C2 are known as "atypical" vertebrae due to the presence of special bony structures designed to support and move the skull. While the cervical spine can undergo flexion, extension, rotation, and side-bending, each individual cervical joint has a primary motion.

C1, the atlas, has no spinous process and articulates with the occipital condyles of the occiput bone of the skull, forming the occipital-atlanto (OA) joint. It connects the skull to the neck, also providing attachment points for some neck muscles. It also functions to bear the weight of the skull, providing support. The primary motions of the OA joint are flexion and extension. It is responsible for the vertical movement of the neck. C2, the axis, articulates superiorly with C1 by a unique bony structure called the dens or odontoid process. It projects up from the vertebral body and articulates with the atlas. The dens permit pivoting motion and allow a greater range of motion in rotating the head laterally.

The function of the cervical spine is to stabilize and maintain the head in a position that allows our eyes to be parallel to the ground.[2] This function is crucial for the vestibular function, which assists in balance. The cervical spine allows large movements to scan our surroundings and can adjust to interact with our environment. It also aids in swallowing and helps to elevate the rib cage during inhalation. The vertebral bodies protect the spinal cord and vertebral arteries, and the muscles of the neck protect other neurovascular structures necessary for sustaining life. Any interruption of the proper function of the neck can lead to a critical state and is usually the first thing evaluated in any emergency situation.

The most primitive form, the axial skeleton, the notochord, appears during the third week of development. The notochord evolves into a segmented vertebral structure in three different stages. The first stage consists of embryonic mesenchymal tissue. The second stage occurs when these mesenchymal cells differentiate and develop into chondrogenic cells. By the beginning of the third month of development, the cartilaginous structure has begun to ossify into the future vertebral segments. The mesoderm is also responsible for skeletal muscle, bone, and connective tissue.[3]

The lymphatics from the right and left side of the head and neck drain into the right lymphatic duct and thoracic duct, respectively.

The brachial plexus forms from the anterior rami of C5-T1 nerves and divides into roots, trunks, divisions, cords, and branches. After the roots exit the interscalene triangle between the anterior and middle scalene muscles, they form trunks at the level of the subclavian artery. The C5 and C6 roots form the upper trunk, while the C8 and T1 roots form the lower trunk. The C7 root forms the middle trunk. As these trunks cross the clavicle and exit the neck region, they separate into anterior and posterior divisions.

The anterior rami of the C1-C4 vertebrae constitute the cervical plexus. These are posterior to the sternocleidomastoid muscle and anterior to the middle scalene muscle, supplying both muscular and sensory innervation. It provides sensory innervation to the neck, clavicle, and skin surrounding the ear.  The muscular branches innervate the infrahyoid muscles, excluding the thyrohyoid muscle, as well as the diaphragm through the phrenic nerve. The phrenic nerve arises mostly from the C4 ventral rami, with smaller contributions from the C3 and C5 rami. Phrenic nerve serves to contract the diaphragm, a muscle of breathing that lies between the abdomen and thorax.

Ansa cervicalis, a part of cervical plexus, is embedded in carotid sheath anterior to the internal jugular vein in the carotid triangle. It consists of superior and inferior roots. The superior root forms from C1 nerve fibers of the cervical plexus, which travel in the cranial nerve XII and then separates in the carotid triangle to make the superior root. The superior root eventually goes around the occipital artery and then falls on the carotid sheath. The inferior root consists of fibers from spinal nerves C2 and C3. It gives off branches to the inferior belly of the omohyoid muscle, and the lower parts of the sternothyroid and sternohyoid muscles. The paralysis of ansa cervicalis may lead to the change in the quality of voice, probably due to loss of support of infrahyoid muscles to the larynx.

The muscles of the neck can be largely sub-categorized into anterior, lateral (prevertebral), and posterior neck muscles. Below are the muscle groups, and the action of individual muscles in neck movement:

Cervical dystonia, or spasmodic torticollis, is a condition due to an abnormal contracture of the sternocleidomastoid (SCM) muscle. This condition causes a rotational deformity away from the affected side with a head tilt toward the affected side. It may result from an intrauterine compartment syndrome of the SCM muscle. Clinicians may use passive stretching, botox injections, and possible surgical bipolar release of the sternocleidomastoid or Z plastic lengthening to treat this condition.[5][6] Untreated torticollis may lead to permanent rotational deformity, positional plagiocephaly, facial asymmetry, and dysplasia of the skull, atlas, and axis.

A platysmaplasty, more commonly known as neck lift surgery, is the surgery that tightens the skin and underlying muscles to lift the neck. It also serves to improve and sharpen the contour of the jawline.

A cervical spine injury must be considered in every trauma patient until further evaluation proves otherwise. There is a higher level of concern with a history of high energy trauma; this would include: a motor vehicle accident >35 mph, a fall from >10 feet, closed head injuries, and associated pelvis or extremity fractures. A common mechanism of accidents is an older person who falls and hits their forehead and a person who is rear-ended and has a whiplash-like injury. A cervical collar should be placed for stabilization until cervical spine injury can be ruled out. Confirmation of the absence of a cervical spine injury can be performed with a physical exam or radiographically (usually with a lateral c-spine view and CT of the head and neck).[7]

"Whiplash" is a term describing a neck injury due to a forceful bending of the neck forward and then backward, or vice versa, past the physiological barriers. The injury can involve muscles, vertebral discs, nerves, ligaments, and tendons of the neck. Most whiplash injuries involve a sudden acceleration or deceleration in a motor vehicle collision. They also commonly occur in contact sports. The ligaments commonly involved are anterior longitudinal ligament, posterior longitudinal ligament, and ligamentum flavum. [8] Common symptoms include: neck pain, stiffness, dizziness, shoulder and low back pain, tinnitus, blurred vision, concentration problems, irritability, and fatigue. They can mimic other medical conditions, such as concussions. Diagnosis is possible with a complete medical history and physical exam, as well as radiographical imaging (i.e., X-ray, MRI, CT scan). Treatment determination is on a case to case basis but may include a cervical collar, physical therapy, nonsteroidal anti-inflammatory medicines, and surgery if there is structural damage.[9]

The suboccipital triangle forms from a group of muscles located at the base of the skull (rectus capitis posterior major and minor and the obliquus capitis superior and inferior). There is a myodural bridge between the rectus capitus posterior minor muscle and the intracranial dura. A cerviogenic headache can result when this bridge is stretched or inflamed from cervical spine joint dysfunction or suboccipital triangle muscles being too tight. Spinal manipulation, soft tissue intervention, and therapeutic exercise may be useful in treating and preventing future myodural bridge, causing headaches.[10]

Hyperextension of the neck could also result in a hangman's fracture, a fracture of the axis (C2). The name derives from the fact that this type of fracture often occurs in people who hang themselves. However, it can also occur due to traumatic injuries. In the event of a sudden, extreme neck hyperextension, the axis bears most of the force, often resulting in a fracture that completely dissociates of the anterior and posterior aspects of the axis. The axis is critical in the structural support of the skull and spinal cord. Without an intact axis, spinal cord damage which leads to paralysis of the respiratory muscles. Most cases are lethal.[12][13] 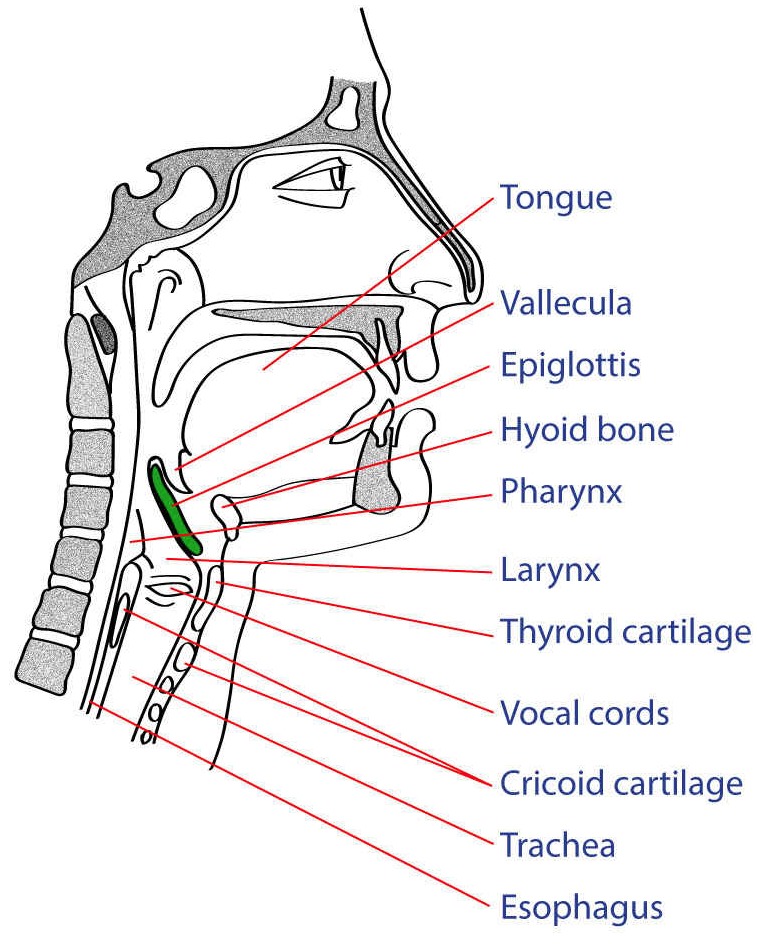 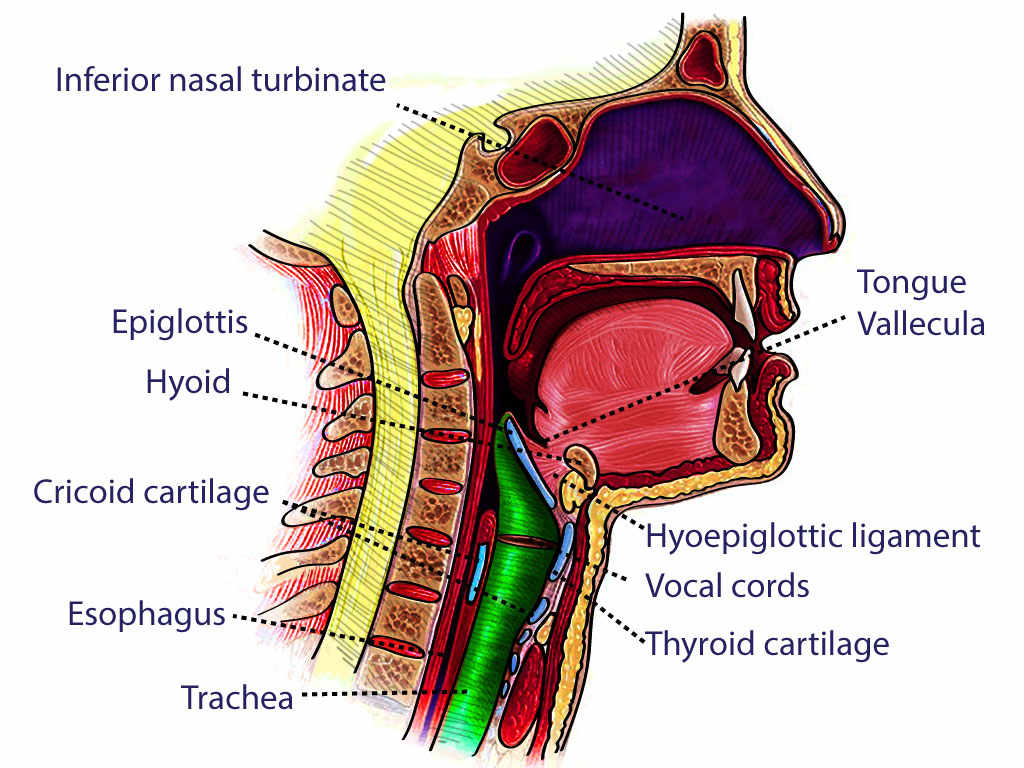 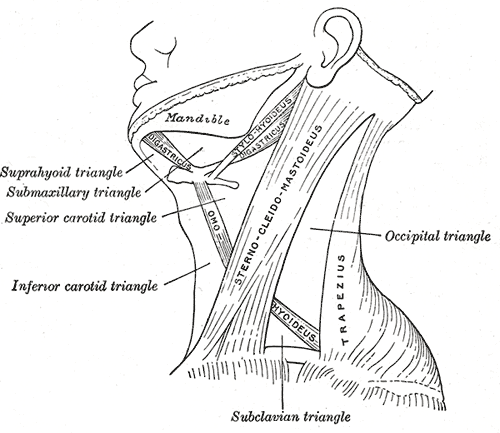 Shaikh AG,Wong AL,Zee DS,Jinnah HA, Keeping your head on target. The Journal of neuroscience : the official journal of the Society for Neuroscience. 2013 Jul 3;     [PubMed PMID: 23825431]