Lymphadenopathy is a common abnormal finding during the course of the physical exam in general medical practice. Adenopathy can be caused by neoplasm, inflammatory conditions, or infection. This activity details the algorithmic analysis of lymphadenopathy and highlights the role of the interprofessional team in evaluating patients with adenopathy.

Lymphadenopathy is a common abnormal finding during the course of the physical exam in general medical practice. Patients and physicians have varying degrees of associated anxiety with the finding of lymphadenopathy as a small number of cases can be caused by neoplasm or infections of consequence, for example, HIV or tuberculosis (TB). However, it is generally recognized that the majority of lymphadenopathy, both localized and generalized, is of benign, self-limited etiology. A clear understanding of lymph node function, location, description, and the etiologies of their enlargement is important in the clinical decisions of which cases need rapid and aggressive workup and which need only be observed.[1][2][3]

The lymph node functions as an antigen filter for the reticuloendothelial (RE) system of the body. It consists of a multi-layered sinus that sequentially exposes B-cell lymphocytes, T-cell lymphocytes, and macrophages to an afferent extracellular fluid. In this way, the immune system can recognize and react to foreign proteins and mount an immune response or sequester these proteins as appropriate. In the course of this reaction, there is some multiplication of the responding immune cell line, and thus, the node itself increases in size. It is generally held that a node size is considered enlarged when it is larger than 1 cm. However, the reality is that "normal" and "enlarged" criteria vary depending on the location of the node and the age of the patient. For example, children younger than 10 years of age have more hypertrophic immune systems, and nodes up to 2 cm can be considered normal in some clinical situations yet, an epitrochlear node of above 0.5 cm is considered pathological in an adult.

The pattern, distribution, and quality of the lymphadenopathy can provide much clinical information in the diagnostic process. Lymphadenopathy occurs in 2 patterns: generalized and localized. Generalized lymphadenopathy entails lymphadenopathy in 2 or more non-contiguous locations. Localized adenopathy occurs in contiguous groupings of lymph nodes. Lymph nodes are distributed in discrete anatomical areas, and their enlargement reflects the lymphatic drainage of their location. The nodes themselves may be tender or non-tender, fixed or mobile, and discreet or "matted" together. Concomitant symptomatology and the epidemiology of the patient and the illness provide further diagnostic cues. A thorough history of any prodromal illness, fever, chills, night sweats, weight loss, and localizing symptoms can be very revealing. Additionally, the demographic particulars of the patient, including age, gender, exposure to infectious disease, toxins, medications, and their habits, may provide further cues.

As evidenced above, the critical step in evaluation for adenopathy is a careful history and focused physical exam. The extent of the history and physical is determined by the clinical presentation of the patient. For example, a patient with posterior cervical adenopathy, sore throat, and tremendous fatigue need only a careful history, cursory examination, and a mono test, while a person with generalized lymphadenopathy and fatigue would require a much more extensive investigation. Generally, the majority of the lymphadenopathy is localized (some site a 3:1 ratio), with the majority of that being represented in the head and neck region (again, some site a 3:1 ratio). It also is accepted that all generalized lymphadenopathy merits clinical evaluation, and the presence of "matted lymphadenopathy" is strongly indicative of significant pathology.Examination of the patient's history, physical examination, and the demographic in which they fall can allow the patient to be placed into 1 of several different accepted algorithms for workup of lymphadenopathy. The use of these cues and selection of the correct arm of the algorithm allows for a fairly rapid and cost-effective diagnosis of lymphadenopathy, including determination when it is safe to observe.[4][5][6]

After a history and physical examination are completed, lymphadenopathy is placed into 3 categories:

Although there is no "cookbook" for the laboratory evaluation of generalized unexplained lymphadenopathy, the initial steps are to obtain a complete blood count (CBC) with a manual differential and EBV serology. If non-diagnostic, the next steps would be PPD placement, RPR, chest x-ray, ANA, hepatitis B surface antigen, and HIV test. Again if any of the above are positive, appropriate treatment can be initiated. In the presence of negative serological examinations and radiological examinations, and or significant symptomology, a biopsy of the abnormal node is the gold standard for diagnosis.Statistics concerning lymphadenopathy are not accurate as the great majority of lymphadenopathy is caused by a non-reportable illness and thus not reported or taken into account. This results in a statistical bias, or skew, toward the reportable causes of lymphadenopathy:  malignancies, HIV, tuberculosis, and sexually transmitted infections (STIs). Citations in the recent literature for general medical practice indicate that less than 1% of people with lymphadenopathy have malignant disease most often due to leukemia and younger children Hodgkin disease in adolescence non-Hodgkin disease and chronic lymphocytic leukemia (CLL) in adults. It has been reported the general prevalence of malignancy is 0.4% in patients under 40 years and around 4% in those older than 40 years of age seen in a primary care setting. It is reported that the prevalence rate of neoplastic disease rises to near 20% in referral centers and rises to 50% or more in patients with initial risk factors.

The etiology of lymphadenopathy includes the following:

Infectious disease can be of viral, bacterial, mycobacterial, fungal, or parasitic etiology:

Broad generalities can safely be made about the epidemiology of lymphadenopathy.[7][8][9]

First, both generalized and localized lymphadenopathies are fairly equally distributed without regard to gender.

Third, the patient's location and circumstance are very revealing and lymphadenopathy. For example, in the developing world (sub-Saharan Africa, Southeast Asia, Indian subcontinent), exposure to parasites, HIV, and miliary TB are far more likely to be causes of generalized lymphadenopathy then in the United States and Europe. Whereas, Epstein-Barr virus, streptococcal pharyngitis, and some neoplastic processes are more likely candidates to cause lymphadenopathy in the United States and the remainder of the localized industrial world. An exposure history is very important for diagnosis.

Lymphatic fluid represents the totality of the interstitial fluid of the body, and the lymphatic channels conduct this fluid and label antigens with antigen-presenting cells. As the lymphatic channels progress, they converge regionally to form discreet lymph nodes. The function of the lymph node is to evaluate and when possible, process and initiate the immune response to the presented antigens. Lymph nodes can be thought of like a mesh of reticular cells containing lobules wherein the antigens are presented to the immune system. Lobules anatomically contain 3 discreet compartments (cortex, paracortex, and medulla) in which B-cells, T-cells, and macrophages are separately sequestered.

The appropriate cell line responds to the presented antigen by increasing its numbers. Commonly the cell lines can multiply by 3 to 5 times in 6 to 24 hours. The reticular network can stretch to contain the cell-swollen lobules. This increases the size of the lymph node and causes the clinical phenomenon of lymphadenopathy.

Lymph nodules are integrated with afferent and efferent blood vessels which allow a rich interface between intravascular and extravascular spaces. Macroscopically, the result is antigenic "policing" of both intravascular and interstitial fluids and ready immune response to threats. Microscopically, the decentralized hubs of antigen presentation and response allow for prompt action with an economy of lymphoid resources.

A history and physical examination are the cornerstones of time and cost-effective diagnosis of adenopathy. The depth and the extent of the H&P conducted are proportional to the obscurity of the etiology of the adenopathy. The obvious presence of strep pharyngitis and its related localized anterior cervical adenopathy requires far less clinical brainpower than generalized adenopathy secondary to sarcoidosis or a Gaucher disease.

The physical examination can be quite revealing especially with the location of the adenopathy and consideration of the lymphatic drainage of the related areas. Once the determination has been made that the lymphadenopathy is either localized or general, strict attention to the localized area must be paid. For example:

Characterization of the node morphology itself:

The management and treatment of lymphadenopathy are dependent on its etiology. For example:

Unexplained localized lymphadenopathy (after careful review of the history and epidemiology) is further divided into patterns at no risk for malignancy or serious illness, in which case the patient can be observed for 3 to 4 weeks and if response or improvement can be followed. The other alternative is if the patient is found to have a risk for malignancy or serious illness, biopsy is indicated.

Unexplained generalized lymphadenopathy can be approached after review of epidemiological clues and medications with initial testing with a CBC with manual differential and mononucleosis serology; if either is positive and diagnostic, proceed to treatment. If both are negative, the second workup approach would be a PPD, and RPR, a chest x-ray, and ANA, hepatitis BS antigen serology, and HIV. Additional testing modalities and lab tests may be indicated depending on clinical cues. If the results of this testing are conclusive, the practitioner can proceed on to diagnosis and treatment at the illness. If the results of the testing are still not clear, proceed onto biopsy of the most abnormal of the nodes.The most functional way to investigate the differential diagnosis of lymphadenopathy is to characterize it by node pattern and location, obtained pertinent history including careful evaluation of epidemiology, and place the patient in the appropriate arm of the algorithm to evaluate lymphadenopathy.

The prognosis of lymphadenopathy, whether localized or generalized, is entirely dependent on the etiology of the enlarged lymph nodes. Most adenopathy in the general medicine office is caused by a treatable bacterial or treatable viral illness. However, HIV, active tuberculosis, and neoplasm all have more guarded prognoses. Generalities include the majority of localized lymphadenopathy has a better prognosis than the majority of generalized lymphadenopathy secondary to etiologies. Etiologies that are established earlier in a clinical setting will tend to have better prognoses than those established later.

Pitfalls and pearls of the diagnosis and treatment of lymphadenopathy include:

Patient education plays a significant role in the deterrence of the processes that can cause pathological lymphadenopathy.

The primary physician, physician assistant, and nurse practitioner can diagnose a significant number of the causes of lymphadenopathy after a careful workup. However, when the diagnosis is in question varied, consultants can be utilized to clarify the situation to provide the best outcomes. For example: 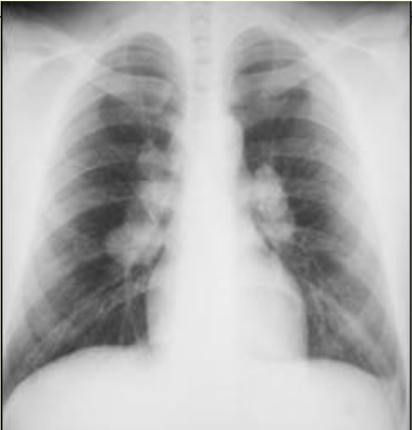 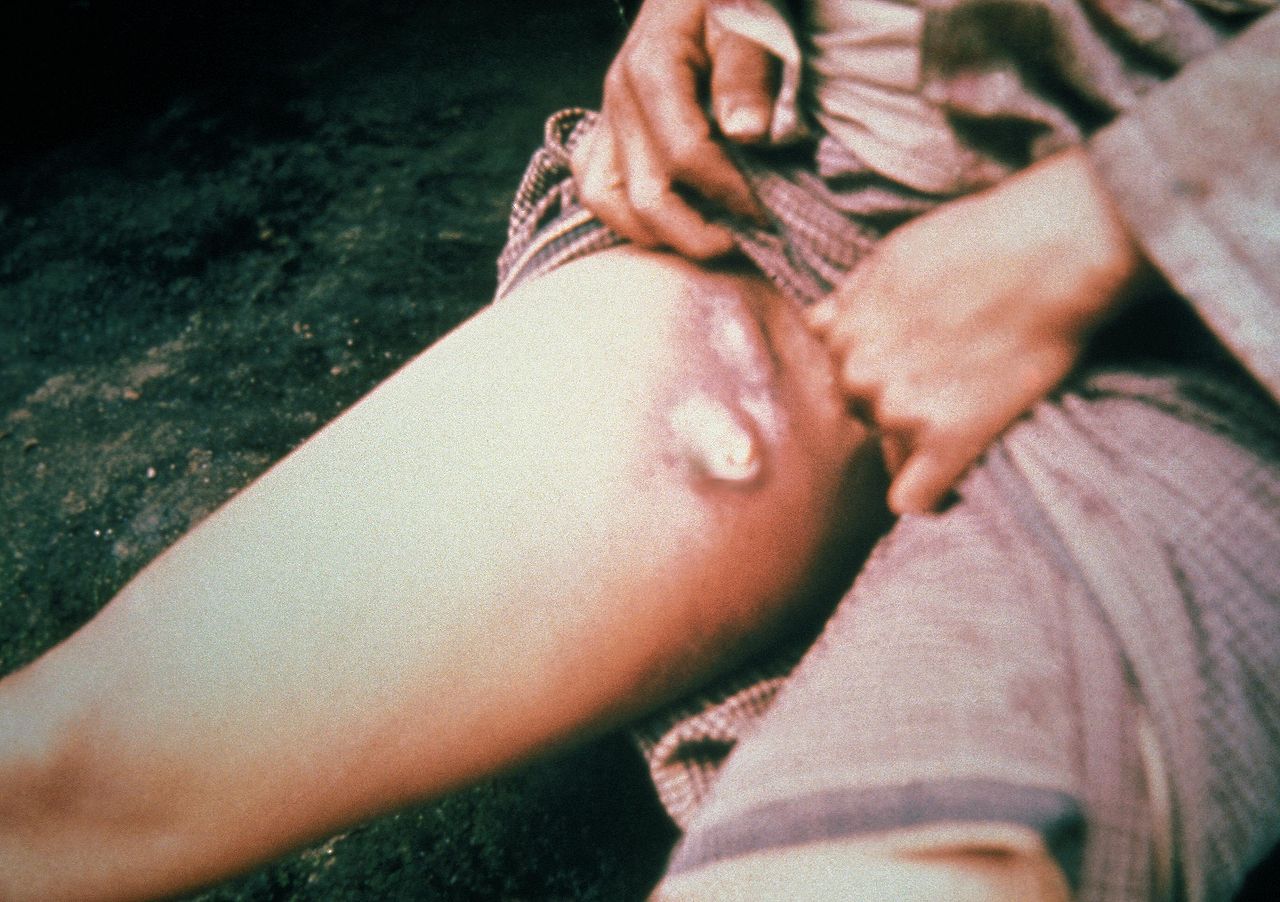 This plague patient is displaying a swollen, ruptured inguinal lymph node, or buboe. After the incubation period of 2-6 days, symptoms of the plague appear including severe malaise, headache, shaking chills, fever, and pain and swelling, or adenopathy, in the affected regional lymph nodes, also known as buboes.
Contributed by The Centers for Disease Control and Prevention (CDC) 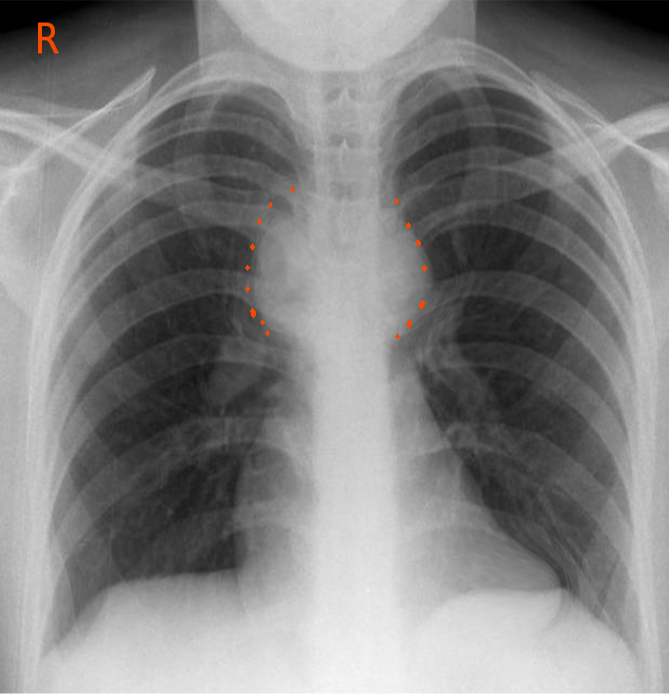