Malaria is a mosquito-borne infection caused by the parasite Plasmodia. It is present in most of the tropical areas all over the world. It manifests initially with nonspecific symptoms such as headache, malaise, fever, muscle aches, etc. These symptoms often occur at regular intervals coinciding with the erythrocytic stage. This activity reviews the evaluation and treatment of malaria and explains the role of the interprofessional team in managing patients with this condition.

Malaria is acquired after a bite from a mosquito. The mosquito transmits plasmodia from its saliva into the host while ingesting a blood meal. The plasmodia then enter the red blood cells and feed on the hemoglobin. Some parasites will become dormant, and others will remain active, and thus the synchronous pattern of clinical patterns in patients with malaria. The anopheles mosquitoes carrying the plasmodia only bites between dusk to dawn.  Both P ovale and P vivax have a dormant phase that resides in the liver and emerges at a later time. Thus, when treating these species, one also needs to have treatment to kill the dormant protozoa. The malaria parasites breakdown hemoglobin and other proteins, including glucose, which can result in lactic acidosis and hypoglycemia. The plasmodia can also lyse both infected and uninfected red blood cells, leading to anemia and splenomegaly.

The risk of infection depends on the use of precautions (nets, DEET) and the intensity of transmission. Most healthy individuals can clear the parasite, but in those with immunosuppression, the parasites may continue to multiply. A small number of parasites will become gametocytes, which have the ability to undergo sexual reproduction when ingested by the mosquito. They can then develop into infective sporozoites, which will allow for the continuation of the cycle transmission after the mosquito has a blood meal in a new host.

Individuals with the sickle cell trait, hemoglobin C, thalassemias, and G6PD deficiency are protected against death from P. falciparum malaria. However, the degree of protection is variable. Some individuals living in endemic areas may develop partial immunity following repeated exposure to mosquitoes. This partial immunity lessens the symptoms and intensity of the infection. However, this immunity is lost when the individual moves away from the area.

Malaria is present throughout most of the tropical areas of the world. P. ovale malaria is endemic to tropical Western Africa. It is relatively unusual outside of Africa and comprises less than 1% of isolates where found. It is also seen in the Philippines, Indonesia, and Papua New Guinea, but is relatively rare in these areas. [4] One survey in Indonesia, including more than 15,000 blood smears, noted 34 individuals with P. ovale infection, the frequency of P. ovale relative to P. falciparum, and P. vivax was a ratio less than 1:1000. [5] Reports of severe P. ovale malaria are rare, possibly due to the relative rarity of P. ovale infection.

In many parts of Africa and Asia, malaria and HIV infection coexist; the combination usually leads to poorer outcomes than either infection alone.

Malaria is equally likely in both genders. However, P. falciparum is known to have high morbidity and mortality during pregnancy. Fetal complications can include anemia, low birth weight, death, or premature birth.

The life cycle of P. ovale includes hypnozoites, which are dormant stages in the liver. These stages can be reactivated in weeks, months, or years after the initial infection, causing disease relapse.

Microscopic motile forms of malarial parasites are carried rapidly via the bloodstream to the liver. While in the liver, they invade hepatic parenchymal cells and begin a period of asexual reproduction. This process is known as an intrahepatic or pre-erythrocytic stage. P. ovale typically spends nine days in the pre-erythrocytic stage leading to the formation of sporozoites. P. ovale spends about 50 hours in an erythrocytic cycle. By the end of the 50 hours, the parasite has consumed nearly all of the hemoglobin and grown to occupy most of the red blood cells. At this stage, it is called a schizont. A single P. ovale sporozoite may produce about 15,000 daughter merozoites per infected hepatocyte.

Some P. ovale schizonts rupture and release merozoites into the circulation. Merozoites then invade red blood cells. While in the red blood cells, merozoites mature from ring forms to trophozoites and then to multinucleated schizonts. This state of maturation is called the erythrocytic stage. Schizonts that remain dormant are called hypnozoites. Hypnozoites are a dormant stage in the liver that can be seen in P. ovale as well as P. vivax infection. This dormant liver stage does not cause any clinical manifestations. Reactivation and release of hypnozoites into the circulation can lead to the late onset of the disease or relapse that can occur up to several months after the initial malaria infection.

Immediately after releasing of P. ovale from the liver, some merozoites develop into morphologically distinct male or female gametocytes that can transmit malaria infection. The Anopheles mosquito ingests these cells during a blood meal. The male and female gametocytes mature and form a zygote in the midgut of the mosquito. The zygote matures by asexual division and eventually releases sporozoites. The sporozoites then relocate to the mosquito's salivary glands. The mosquito completes its cycle of transmission by inoculating another human at the next feeding.

P. ovale typically infects young red blood cells, called reticulocytes. Giemsa stain reveals Schuffner dots under light microscopy. Infected erythrocytes are usually larger than normal. They can also be round, oval, or fimbriated. Trophozoites may be compact or irregularly shaped with sturdy cytoplasm and large chromatin dots. P. ovale gametophytes are usually round to oval, while P. ovale schizonts have 4 to 16 merozoites with dark brown pigment.

Malaria should be suspected in the context of fever (temperature greater than or equal to 37.5 C) and relevant epidemiologic exposure, including residence in or travel to an area where malaria is endemic. [7] Although a patient's headache may be severe, there is no neck stiffness or photophobia like in meningitis. Nausea, vomiting, and orthostatic hypotension are common. When a patient presents with fever, chills, and rigors that occur at a regular interval, it suggests P. ovale malaria.

For a patient with suspected P. ovale infection, the diagnostic method of choice is blood smear microscopy. Suspected malaria should be confirmed with a parasitologic diagnosis whenever possible. Microscopy (visualization of parasites in stained blood smears) and rapid diagnostic tests (RDTs), which detect antigen or antibody, are clinical tools for parasite-based diagnosis. Detection of parasites on Giemsa-stained blood smears by light microscopy is the ideal method for laboratory confirmation of malaria. [11]

At least two thick and thin blood smears should be prepared as soon as possible after blood collection. Delay in the preparation of smears can result in changes in parasite morphology and staining characteristics. Giemsa stain reveals Schuffner dots. Microscopy allows identification of the Plasmodium species as well as quantification of parasitemia. P. ovale infects only young erythrocytes, so parasite density for these species is typically lower. A parasitemia of greater than or equal to 5% is very unlikely with P. ovale or any other Plasmodium species except P. falciparum. The sensitivity of microscopy can be excellent, with the detection of malaria parasites at densities as low as 4 to 20 parasites per microliter of blood. [12]

RDTs should be used if microscopy is not available. RDTs for the detection of malaria parasite antigens are used in resource-limited endemic settings due to their accuracy and ease of use. They require no electricity or laboratory infrastructure and yield results within 15 to 20 minutes. RDTs provide a qualitative result but cannot provide quantitative information regarding parasite density. RDTs that detect antibodies produced by an infected host is also available, but these are less useful for diagnosing acute infection. There are no RDTs for definitive diagnosis of P. ovale.

Treatment of non-falciparum malaria consists of treating the erythrocytic forms. Also, the treatment of infections caused by P. ovale requires eradication of liver hypnozoites to prevent relapse of the infection. Patients with uncomplicated infection due to P. ovale, and in the absence of other comorbidities, can usually be managed on an outpatient basis. Parasitemia should be monitored during treatment to confirm adequate response to therapy. Daily blood smears are appropriate to document declining parasite density until no parasitemia is detected or until seven days of treatment have been completed. Patients on malaria prophylaxis who develop malaria infection should receive a different medication for treatment.

Chloroquine and or an artemisinin combination therapy (ACT) are used to treat P. ovale infection and other non-falciparum malaria infections. In areas with no endemic P. falciparum malaria, and chloroquine resistance remains low, chloroquine may be used with monitoring. ACT should be implemented when the chloroquine treatment failure rate at day 28 is greater than 10%.

Gametocytes of non-falciparum malaria species, including P. ovale, are susceptible to chloroquine. Chloroquine is highly effective against erythrocytic forms of P. ovale malaria infection. [14] Patients with mixed infections that include P. falciparum should receive definitive treatment for P. falciparum.

Primaquine is required to eradicate the hypnozoite liver stages of P. ovale. [15] Primaquine should be started after the fever has subsided, and normal glucose-6-phosphate dehydrogenase status has been confirmed.

Most healthy patients who develop uncomplicated malaria have a full recovery within 3-7 days. However, P. falciparum carries a poor prognosis and has a high mortality rate, if untreated

The majority of complications are associated with P. falciparum and include the following:

The majority of deaths occur in children less than five years of age.

The P. ovale life cycle includes hypnozoites, which are dormant stages in the liver that can lead to relapse. The presence of hypnozoites in the liver does not cause systemic infection. Symptoms of relapse occur when reactivated hypnozoites are released into the systemic circulation. P. ovale malaria is not chloroquine-resistant. Relapse due to P. ovale is relatively rare and may be prevented by the administration of presumptive anti-relapse therapy like primaquine.

In many western countries, malaria is rare. The interprofessional team must remain diligent and consider screening questions to help diagnose and evaluate potential world travelers that might be infected. Once a diagnosis is made, a team approach of clinicians, nurses, and a pharmacist working to make sure the patient continues treatment will provide the best patient outcome.  The key to managing malaria is to prevent it in the first place.

The pharmacist should recommend chemoprophylaxis to travelers going to visit endemic areas. In addition, the pharmacist should emphasize the importance of medication compliance. They should also check for contraindications and drug-drug interactions.

The nurse should educate the patient on the use of DEET, mosquito nets, and wearing appropriate garments when venturing outside.

The public health nurse should educate homeowners on removing all standing water near the home and getting rid of the trash that acts as a breeding ground for mosquitoes. When a traveler returns from an endemic area with fever, an infectious disease consult should be obtained. The earlier the infection is diagnosed, the better the outcomes. [Level 5] 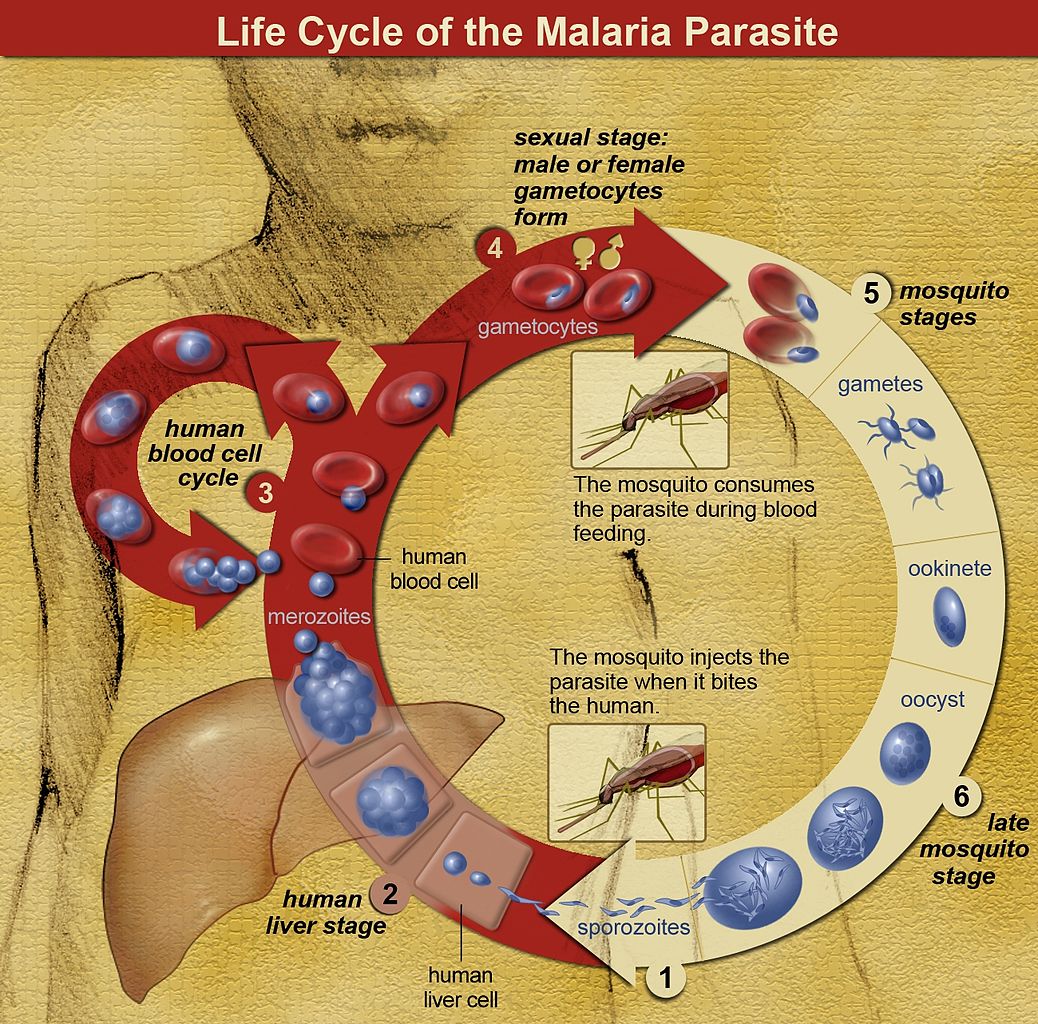 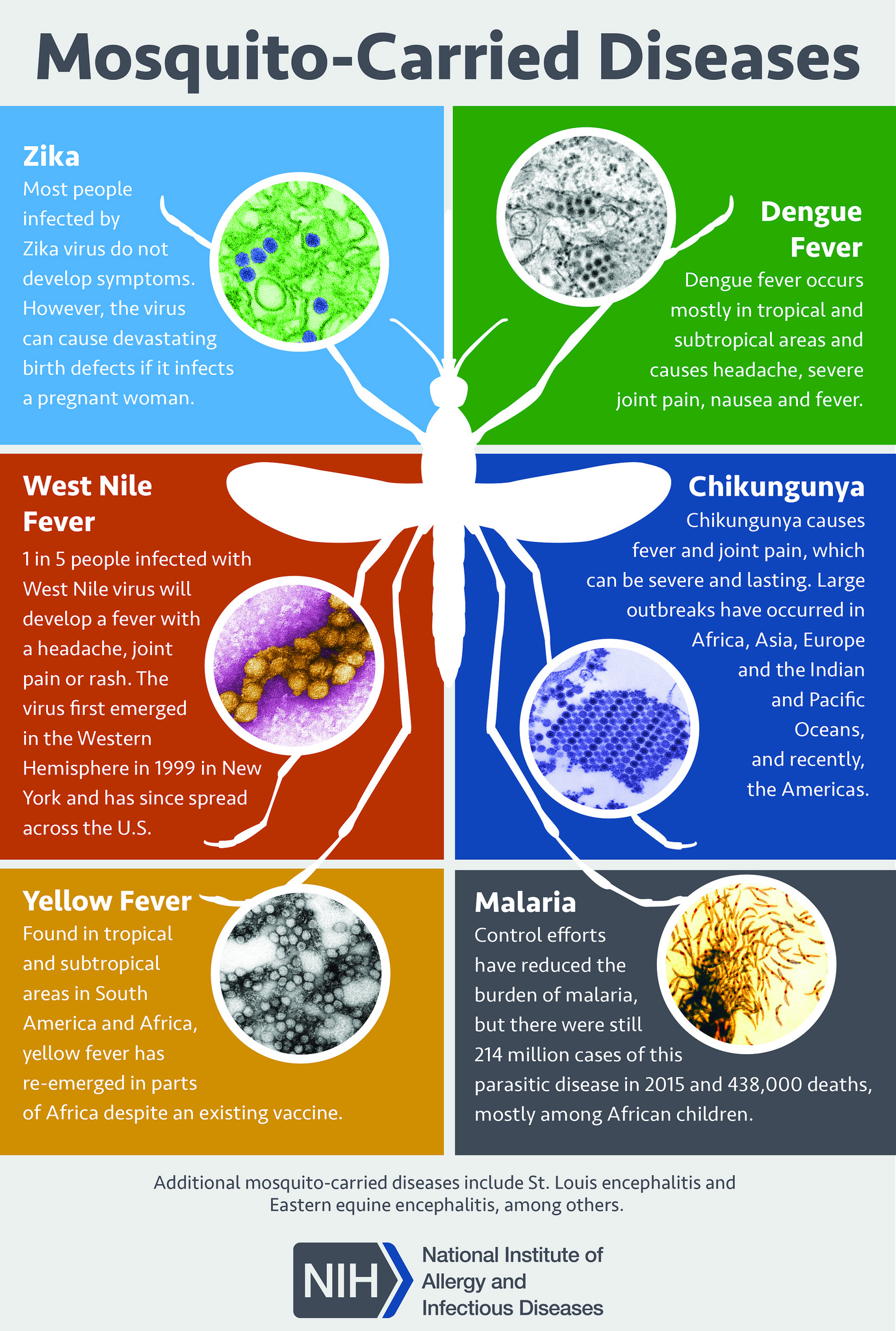 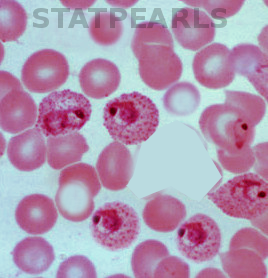