The hip joint is a ball and socket joint that is the point of articulation between the head of the femur and the acetabulum of the pelvis. The joint is a diarthrodial joint with its inherent stability dictated primarily by its osseous components/articulations.  The primary function of the hip joint is to provide dynamic support to the weight of the body/trunk while facilitating force and load transmission from the axial skeleton to the lower extremities, allowing mobility.[1][2][3]

The hip joint connects the lower extremities with the axial skeleton. The hip joint allows for movement in three major axes, all of which are perpendicular to one another. The location of the center of the entire axis is at the femoral head. The transverse axis permits flexion and extension movement. The longitudinal axis, or vertically along the thigh, allows for internal and external rotation. The sagittal axis, or forward to backward, allows for abduction and adduction.[4][5]

In addition to movement, the hip joint facilitates weight-bearing. Hip stability arises from several factors. The shape of the acetabulum. Due to the depth of the acetabulum, it can encompass almost the entire head of the femur. There is an additional fibrocartilaginous collar surrounding the acetabulum, the acetabular labrum, which provides the following functions:

There are numerous variations in the blood supply to the hip. The most common variant results in blood supply coming from the medial circumflex and lateral circumflex femoral arteries, each of which is a branch of the profunda femoris (deep artery of the thigh). The profunda femoris is a branch of the femoral artery which travels posteriorly. There is an additional contribution from the foveal artery (artery to the head of the femur), a branch of the posterior division of the obturator artery, which travels in the ligament of the head of the femur. The foveal artery helps avoid avascular necrosis with disruption of the medial and lateral circumflex arteries. There are two significant anastomoses. The cruciate anastomosis supports the upper thigh and the trochanteric anastomosis, which supports the head of the femur.

Muscles of the hip joint can be grouped based upon their functions relative to the movements of the hip.[1]

Total hip arthroplasty (THA) is an elective procedure for patients with hip pain secondary to degenerative conditions. THA is a highly effective procedure that relieves pain and restores function to improve quality of life. THA is indicated for patients who have failed other conservative methods, including corticosteroid injections, physical therapy, weight reduction, or previous surgical treatments.[7][8]

Surgeons can utilize any number of strategies for the THA procedure. The three most common approaches are as follows:

This is the most common approach for primary and revision THA cases. This dissection does not utilize a true internervous plane. The intermuscular interval involves blunt dissection of the gluteus maximus fibers and sharp incision of the fascia lata distally. The deep dissection involves a meticulous dissection of the short external rotators and capsule. Care is necessary to protect these structures as they are later repaired back to the proximal femur via trans-osseous tunnels.

A significant advantage of this approach is the avoidance of hip abductors. Other benefits include the excellent exposure provided for both the acetabulum and the femur and the optional extensile conversion in the proximal or distal direction. Historically, some studies comparing this approach to the direct anterior (DA) approach have cited higher dislocation rates in the former approach. This data remains inconclusive and controversial as the literature has not established a definitive consensus, especially when comparing the posterior approach technique that utilizes an optimal soft tissue repair at the conclusion of the THA procedure.

The DA approach is becoming increasingly popular among THA surgeons. The internervous interval is between the tensor fascia lata (TFL) and sartorius on the superficial end, and the gluteus medius and rectus femoris (RF) on the deep side. DA THA advocates cite the theoretical decreased hip dislocation rates in the postoperative period and the avoidance of the hip abduction musculature.

The disadvantages include the learning curve associated with the approach, as the literature documents the decreased complication rates after a surgeon surpasses the more than 100-case mark. Other disadvantages include increased wound complications, difficult femoral exposure, the risk of lateral femoral cutaneous nerve (LFCN) paresthesias, and a potentially higher rate of intra-operative femur fractures. Finally, many surgeons need access to a specialized operating table with appropriately trained personnel and surgical technicians to assist in the procedure. Although the latter is not always necessary, learning to do the procedure on a regular operating table also requires a substantial learning curve that one must consider.

Compared to the other approaches, the anterolateral (AL) approach is the least commonly used approach secondary to its violation of the hip abductor mechanism. The interval exploited includes that of the TFL and gluteus medius musculature; this may lead to a postoperative limp as the tradeoff of a theoretically decreased dislocation rate.

Also known as developmental dysplasia of the hip, this can arise when there are problems with the development of the hip joint in utero. Risk factors include breech presentation, positive family history, and oligohydramnios. Diagnosis is possible via physical exam with the Barlow and Ortolani maneuvers, which assess joint stability. Additional characteristic findings are leg length asymmetry as well as asymmetric inguinal skin folds.

The ultimate goal of treatment is the open or closed reduction of the femoral head back into the acetabulum. The earlier treatment starts, the better the outcomes. Mild cases can correct spontaneously by two weeks. When subluxation persists for more than two weeks, it indicates the need for treatment. Standard treatment is the use of the Pavlik Harness, which positions the hips into flexion and abduction for six weeks full-time, followed by six weeks part-time.[9]

Commonly seen in the setting of trauma, posterior dislocation occurs in the setting of high-energy trauma or motor vehicle accidents (MVAs). The femoral head is transmitted posteriorly, injuring the hip joint capsule.  The affected lower extremity presents in a shortened, internally rotated position.  In all traumatic injuries, there is extensive soft tissue injury about the hip joint and capsule, and in the vast majority of presentations, there will be an associated posterior wall (acetabular) fracture and/or femoral head fracture.  The positioning of the hip often determines the associated acetabular injury.

Patients will typically present with significant pain and inability to bear weight. Approximately 10% of cases may have concurrent damage to the sciatic nerve. Treatment consists of both nonoperative and operative measures. In the acute setting, emergent closed reduction is recommended within six hours of the injury.  Following a successful closed reduction, a CT scan can assess and evaluate the extent of associated osseous injuries.  Additionally, the presence of incarcerated fragments in the joint is of utmost importance as appreciably large fragments will not only prevent the complete reduction of the native hip joint but these fragments also potentially can cause further intra-articular damage and chondral injuries secondary to mechanical abrasion and pathologic contact/abutment.

Osteoarthritis of the Hip

Most commonly presents in adults, greater than 40 years old. Symptoms include pain, disability, ambulatory dysfunction, and stiffness/contracture.  The patient typically feels pain in the anterior groin, and occasionally involving the buttocks and lateral thigh. Some patients can develop generalized hip referred pain of the knee. It is crucial to consider and/or rule out co-existing lumbar spinous pathology/radiculopathy, and ipsilateral knee conditions.

The pathogenesis involves wear and tear on the joint cartilage, which over time, leads to decreased protective joint space. As bones begin to rub on one another, they attempt to make up for the lost cartilage and form bone spurs or osteophytes. Nonsurgical treatments involve lifestyle modifications such as weight loss, or minimizing activates that exacerbate pain. Physical therapies, the use of assistive devices, and medications such as NSAIDs, acetaminophen, and corticosteroids also show evidence of effectiveness. For patients whose pain is still irretraceable, surgical intervention may need to be required. Surgical options include osteotomy, hip resurfacing, and total hip replacement.[10] 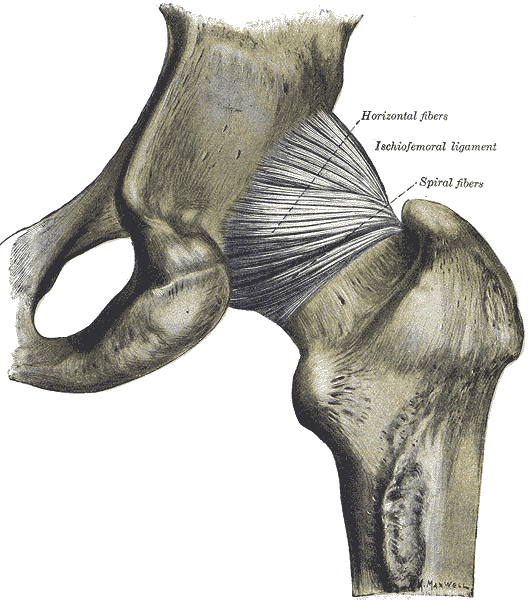 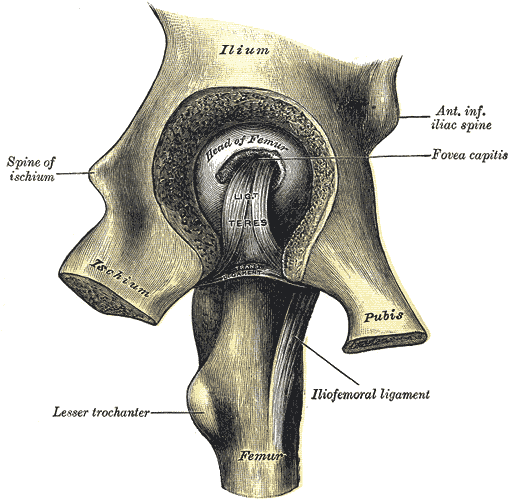