Xerophthalmia refers to the constellation of ocular signs and symptoms associated with Vitamin A deficiency.[1] It includes conjunctival and corneal xerosis, Bitot's spots, keratomalacia, nyctalopia, and retinopathy. Even today, xerophthalmia is a major problem in developing countries and is a leading cause of preventable blindness. Besides the myriad ocular signs and symptoms, it may also be associated with increased morbidity, increased mortality, and can have an adverse effect on the growth of the affected child.[2]

There are two causes of Xerophthalmia. First, it may be caused by reduced dietary intake of Vitamin A, which is more often seen in developing countries. It may even assume epidemic proportions in some developing countries, primarily affecting small children.[3][4] The second cause includes cases of Xerophthalmia unrelated to dietary Vitamin A intake. It is seen sporadically and may be caused by various defects in Vitamin A metabolism and storage and include chronic liver disease (alcoholism, upper gastrointestinal surgery, inflammatory bowel disease, pancreatitis).[2]

Although different types of vitamin deficiencies have been described classically, xerophthalmia is probably the only vitamin deficiency disease to reach epidemic levels and cause major concerns to the public health personnel.[5][6] The World Health Organization (WHO) estimated that about 254 million children have Vitamin A deficiency and 2.8 million children have xerophthalmia. It is the most common cause of childhood blindness, with 350,000 new cases every year. Studies have shown that xerophthalmia not only causes blindness, but also affects growth, general morbidity, and mortality. A one-year follow-up of corneal xerophthalmia cases shows that only 40% survive, and of the survivors, 25% are blind and 50% to 60% partially blind. The WHO considers Vitamin A deficiency to be a major public health problem if the prevalence of Bitot's spots among the under six-year age group children is 0.5% or more. It has been noted that approximately 45% of the world's population of children with Vitamin A deficiency and xerophthalmia are from South and Southeast Asia. Some studies have shown a higher prevalence of xerophthalmia in children suffering from concurrent anemia, which could be related to poor dietary intake of nutrients.[4][5][2]

Vitamin A is a fat-soluble Vitamin, the main source of which is from the diet. It is essential for the normal functioning of the immune system, skin, epithelial surfaces, and the retina. Vitamin A has two important roles in the human eye. It is required for the normal functioning of the visual system and for maintaining epithelial cellular integrity. In the retina, Vitamin A is a precursor to the photopigment in the retina, which has an important role in the visual system. The rhodopsin system in the rod cells of the retina is much more sensitive to Vitamin A deficiency than the iodopsin system of the retinal cone cells. This results in early impairment of rod function, leading to defective vision in dim light or nyctalopia. Vitamin A is also important in maintaining the integrity in differentiation and proliferation of the epithelium of the conjunctiva and cornea. Deficiency can cause conjunctival and corneal xerosis, corneal ulcers, keratomalacia, and corneal scarring.[2]

The WHO has classified the clinical signs in Xerophthalmia as the following:[2]

Night blindness or defective vision in dim light is the earliest clinical manifestation of Vitamin A deficiency. It is considered to be both a sensitive and specific indicator for serum retinol levels.

Conjunctival xerosis is characterized by a dull and dry appearance of the conjunctiva and even abnormal conjunctival impression cytology. Changes in the tissue proteins of the epithelium are thought to be the primary cause, with the loss of goblet cells and insufficient mucin secretion contributing to the changes described above.

Bitot's spots are whitish, opaque deposits on the palpebral conjunctiva, usually the interpalpebral area. It is seen more commonly in the temporal conjunctiva. A  Bitot's spot is a collection of desquamated, keratinized epithelial cells characteristically seen as a raised area over the conjunctiva.

Corneal xerosis is characterized by a dry, hazy appearance of the cornea. It may start as superficial, punctate epithelial lesions. This stage quickly progresses to the stage of corneal melting or keratomalacia. Up to this stage, high-dose Vitamin A supplementation can result in the full preservation of vision.

Corneal scarring due to Vitamin A deficiency is often bilateral and may be accompanied by severe protein-energy malnutrition, diarrhea, or respiratory infection. Other causes of corneal scarring have to be ruled out.

This fundus change is seen in prolonged Vitamin A deficiency, where functional retinal changes are followed by structural changes in the retina.

Diagnosis of xerophthalmia is based on clinical signs supplemented by a positive medical history. It is always important to take a thorough dietary history, social history, and history of alcohol intake in all cases of dry eyes unresponsive to conventional treatment. Serum Vitamin A assays help to confirm the diagnosis of Xerophthalmia. Serum retinol levels greater than 0.70 micromoles per Litre are considered to be normal. Dark adaptometry and night vision threshold tests may aid in the diagnosis of night vision deficits. Other supplemental tests which help to aid the diagnosis include impression cytology and Electroretinogram.[2]

The WHO has advised the administration of 200,000 IU of Vitamin A orally, repeated the next day and followed by a similar dose several weeks later. Topical treatment includes administration of preservative-free artificial tears and antibiotics if there is a secondary bacterial infection. Vitamin A supplementation to the general child population is part of the health programs in many developing countries. Nutritional supplementation, rehabilitation, and education constitute a three-pronged approach in the management of dietary Vitamin A deficiency. Health education efforts must be directed towards including Vitamin A-rich foods in the diet. Underlying diseases such as liver diseases and inflammatory bowel disease have to be managed in nondietary cases of xerophthalmia. The problem of alcoholism must also be tackled in this regard.[2]

Treatment in the early stages can restore vision but in patients with corneal ulcers, surgery is required but this still does not guarantee full restoration of vision. Each year, anywhere from 20,000-100,000 new cases of blindness still continue to occur in many parts of Africa.

Foods that are high in vitamin A include:

Xerophthalmia is the leading cause of preventable blindness and also, childhood blindness. Health education will contribute greatly to promote healthy dietary habits and reduce the prevalence of Xerophthalmia. Alcohol abuse is an important cause in developed countries and should be tackled.[2]

Xerophthalmia is a serious eye disorder associated with vitamin A deficiency. Because of the potential for permanent blindness, this disorder is best managed by an interprofessional team. The patients with vitamin A deficiency are initially seen by primary care clinicians. It is vital to refer these patients to an ophthalmologist before irreversible eye changes occur. A dietitian should educate the patient on foods to eat to reverse the vitamin deficiency. For those on restricted diets, vitamin A supplements should be recommended. The primary care clinician should determine the cause of vitamin A deficiency and treat it. Long-term follow-up is vital to ensure that the vision is restored. [Level 5] The pharmacist should educate the patient on eye care and how to use eye drops to prevent dryness. Patients should be encouraged to keep the home humidified and wear sunglasses when going outdoors. It is vital that the clinicians communicate with other members of the team to ensure that the patient is compliant with treatment; otherwise, blindness can be the eventual outcome. 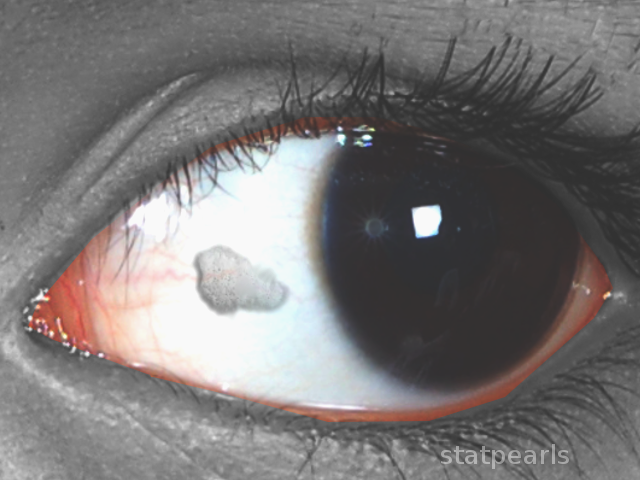